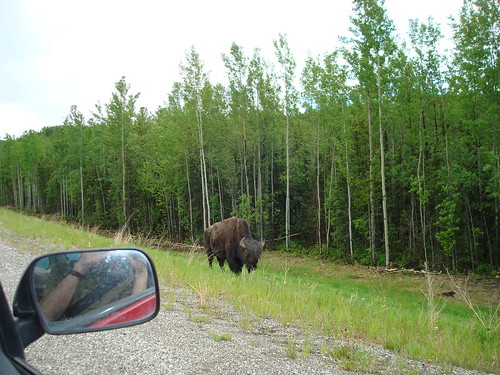 The featured image is one of a Plains Bison taken on a recent trip to Yellowstone.  The image above is of a Wood Bison taken in 2008 in Alberta.

On my first road trip to Alaska I was excited to see so much wildlife, bears, caribou, moose, and more.  What I didn’t realize until much later was that the bison I was seeing weren’t like the bison from home.  There are two kinds of bison in North America.  The Plains Bison and Wood Bison.  And it was the Wood Bison that were hanging out along the roadways and forests of Canada.

Discover has a really cool article about the reintroduction of the Wood Bison to Alaska. “Wood Bison Roam the U.S. for First Time in a Century“