Along with Bolsa Chica, one of my favorite places to bird in the Orange County area (southwest of LA proper) is the San Joaquin Wildlife Sanctuary. Well, I say favorite but I should probably admit this was only the second time I’ve ever been here and it’s not really like I’ve been birding this vicinity extensively. It’s catty corner from UC-Irvine, just off the 405. It’s technically the area’s water treatment plant  (Irvine Ranch Water District) and surroundings so there’s a few less than stellar views of the actual holding tanks but also a ton of great manmade ponds and marsh areas, as well as other brush and tree habitat.

First up, finding the place. It’s within about a 15 minute drive from John Wayne Airport. The entrance to it is on the southwest corner of Campus Drive and University Drive and you can only get to it from the northbound lanes of Campus Drive. That mapped entrance from the southwest off of Michelson Drive? Doesn’t let you through. Don’t bother. Check the Sea and Sage Audubon website for directions before you go: they have a building there that is staffed daily, with a nice little gift shop too.

The trails are largely flat and mostly dirt. I suspect in the drier seasons (i.e. almost all year) it could be relatively easily traversed by wheelchair. The site picks up a lot of migrants that like habitat at water’s edge and I’m told that some wildlife wander up the river valley from the Newport Bay back bay region. So it’s got a lot of diversity, wildlife wise.

One thing I should note: I’ve mostly traversed the trails in the south and west areas—I’ve not really wandered north and east around the water treatment plant itself, though according to the trail map provided by Sea and Sage, you can. I think if I were planning to do two mornings there I might wander further afield, but I ambled around for about four hours on Monday and by the end of that I was getting a little tired and in desperate need of caffeine and food. (If I have one fault on these trips, it’s that I don’t always pick up food/drink before I go out wandering. Also, this area isn’t exactly replete with a lot of close-by grocery stores.)

My poor planning aside, it really is a spectacular place to while away a few hours birding by foot. I never felt uncomfortable (scared) while I was wandering: other people on the trails seemed uniformly pleasant and happy and the grounds crew I ran into at one point were very congenial. Since I’m good at spooking myself while wandering solo in brushy regions (blame Alaska bears and moose if you like) I think it’s probably a good sign that I’ve never felt uncomfortable there. The trails have sufficient signs that if you’re armed with a map which you can find online or in hard copy at the entrance, it’s pretty easy to have a sense of where you are at most times.

I posted a few facts to Facebook about my visit there during one of the moments in which I sat down on a bench and just watched the world go by. And Jenny spotted it and asked what my favorite sighting was. Wow, was that hard to answer. I had a few unexpected like the snow goose which apparently is uncommon there. Not to mention the napping pair of Egyptian geese that took me far longer to identify than birds that size really should: let me tell you, even iBird’s search mechanism can’t cope with my “butt end looks kind of like a northern shoveler’s colors but the heads are light and the bird is way bigger.” Okay, so iBird doesn’t have Egyptian geese listed at all, so no wonder it couldn’t cope, but a little time spent with Sibley finally got me there. I also had the joy of watching an annoyed female kestrel strafing a really annoyed redtailed hawk. But in truth, I think my favorite sighting was the sora. I caught a glimpse of one here last year, that was a life-lister for me then, but I couldn’t get a decent pic of it before it disappeared and I was never quite sure of that identification. But I heard some rustling in the reeds at the edge of a pond near the entrance on my way out, stopped to take one last look at what I assumed would be a song sparrow or coot, and out popped the sora. Who wandered around the rocks on the edges of the pond for several minutes before sneaking away back under the reeds. Thanks, little sora, for a great view of your secretive little self!

So the bird list, since you’ve been waiting. It’s in the order in which I id’d them, in case you’re curious about the strange arrangement.

That’s a total of 45, 46 if I get to count the Egyptian goose which I don’t think I do. There was also a little grey job that I never could figure out what it was, despite some serious time spent with the Sage and Sea bird list and Sibley’s and iBird… Oh well, something to learn about on the next visit. No life-listers (if I don’t get to count the Egyptian goose) but that’s okay since I picked up several lifelisters here on my first visit, last year.

And to close, a smattering of the photos I took that morning. Including a couple of the sora. 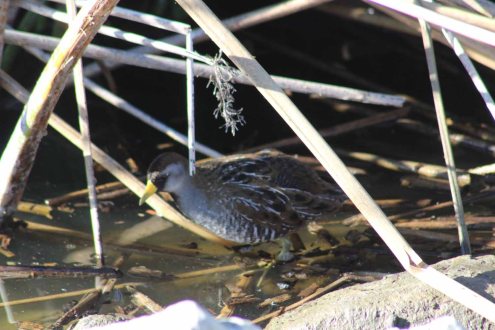 sora coming out to be seen

sora in the sun 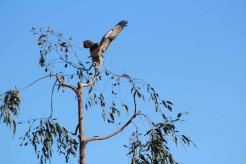 redtailed hawk annoyed at a kestrel out of shot 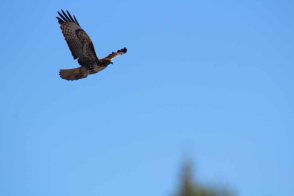 a boardwalk through a brushy and wetland area 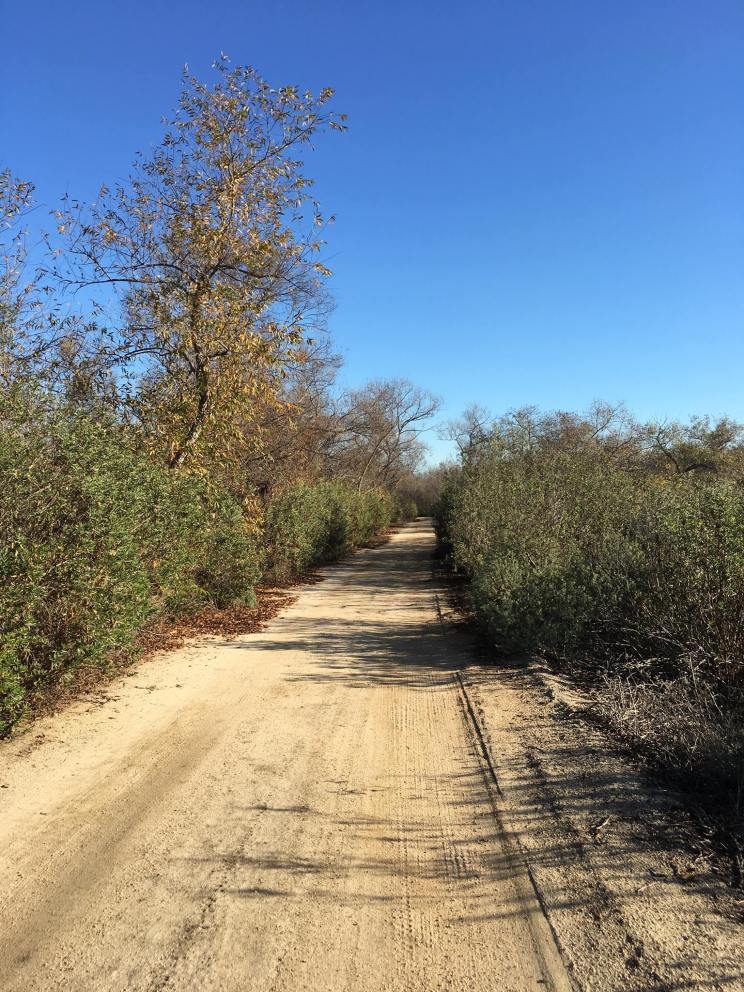 one of the main trails