Friday, Melinda and I headed South. We headed the direction South to Logan UT, and we headed towards South, meaning our brother David South and his wife Jennifer South and family. We did a little birding and even took a few by roads. The birds were NOT cooperative so I have no photos to share.

It was great to see everyone. My Aunt Susan came by to pick up what I have been calling the Pineapple Extravaganzerie. There’s quite the family history to this dish. Quite a few years ago I was gifted it from a family member and told that it came from Hawaii and my grandparents. I used it a couple of times and then realized it was just sitting so I sent it to Texas. Once in Texas it landed with Nanette who used it as a display (mostly for shells) so when the shells headed my way, so did the Pineapple Extravaganzerie. 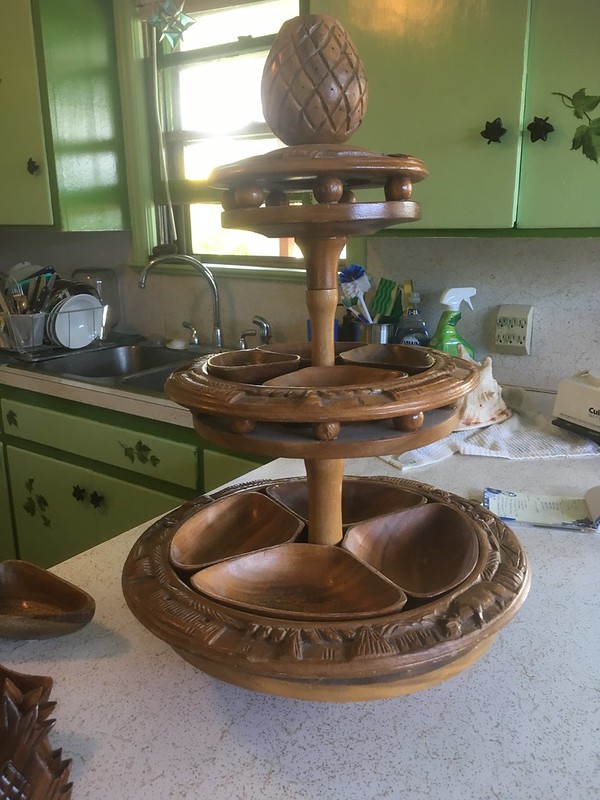 When I knew we were headed to Logan I called Aunt Susan, thinking that maybe it was time it wandered around on that side of the family. She wanted it! Apparently it was originally gifted to her. HOORAY. It is a very cool piece of monkey pod work and I’m happy she has it.

After dinner out Melinda and I drove through the canyon over to Brigham City where we stayed in a hotel so that we could go to the Bear River Migratory Bird refuge at dawn on the morrow.

Okay, when you actually look at the list, there are a lot of birds sighted this day. I’m baffled at the lack of photos, but I think we saw flighty and far off birds which are not photogenic.