We met in a gravely parking lot in the gray, foggy, morning light of super early. Radios were passed out to three vehicles. We (Arlene & I) were lucky enough to get in the car (cutest orange Nissan Rogue) owned by Mark and Shay.  And off we went.

Birders in their natural habitat 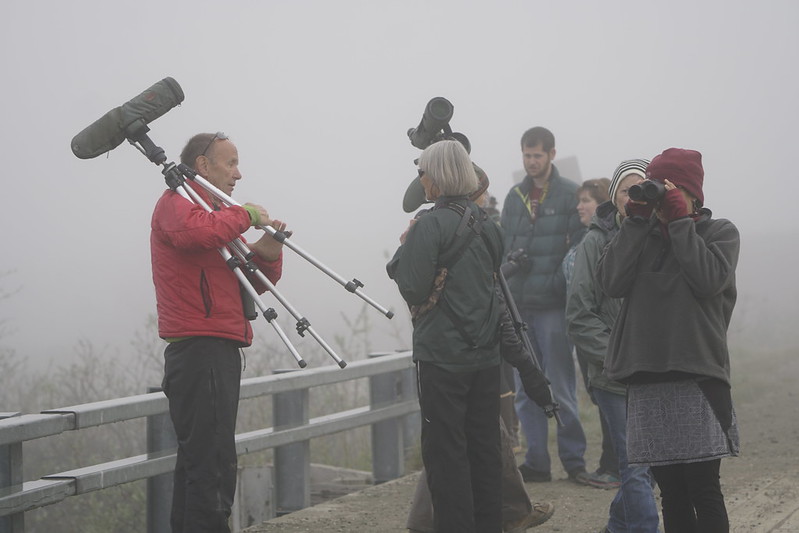 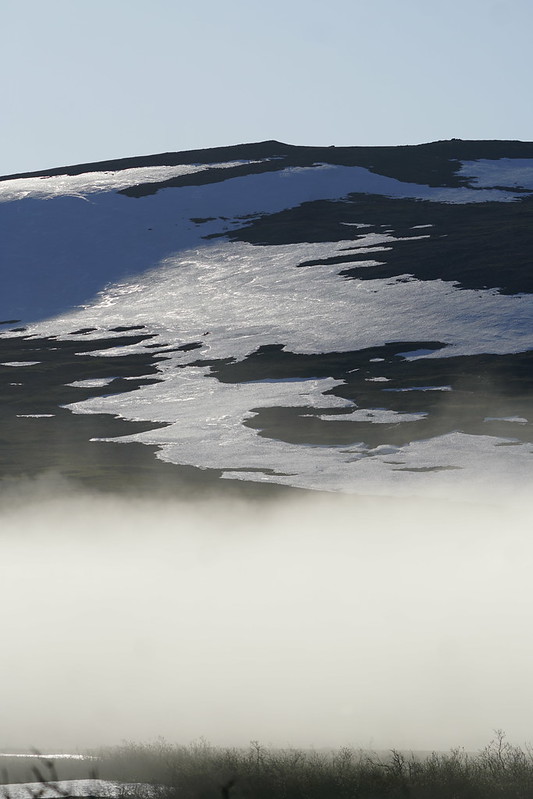 Arlene is an awesome travel companion she is a gifted storyteller and oh does she know stories about Alaska, and people, and travel, and …  She also has an uncanny gift for engaging with people and getting them to tell stories.  For instance on the day I met her, she knew my whole life story in about one hour.  Shay and Mark are awesome, funny people and between us we had a lot of fun.  My contribution?  A big bag of dark Ghirardelli dark chocolate. 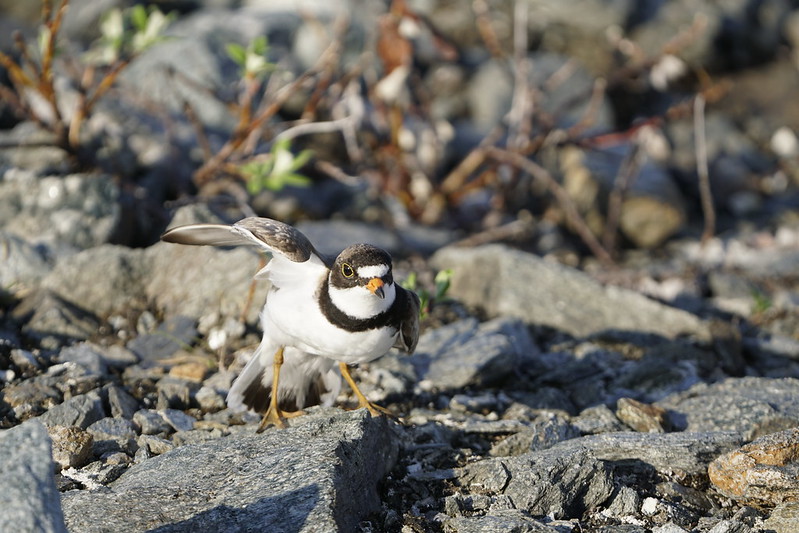 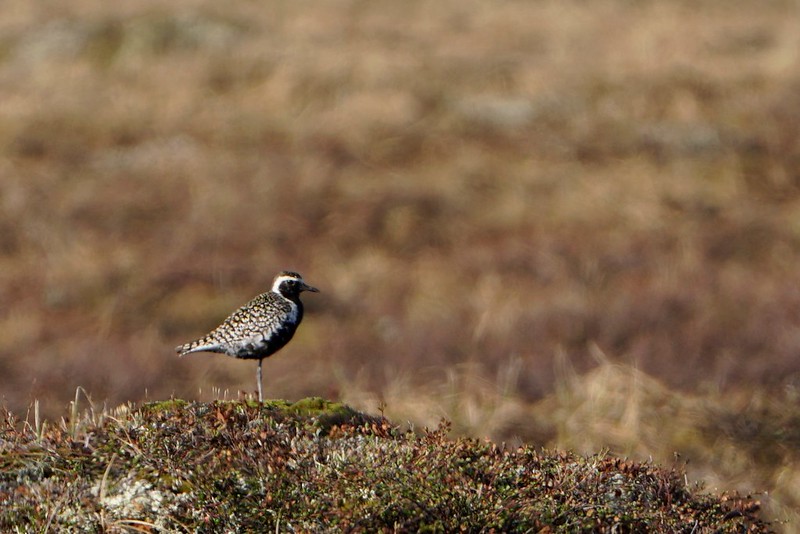 There were so many new birds for me, 13 to be exact — see list at end of post.  And even some of the ones I already have on my list, such as this Red necked phalerope were sort of new since I hadn’t seen one in breeding plumage before. 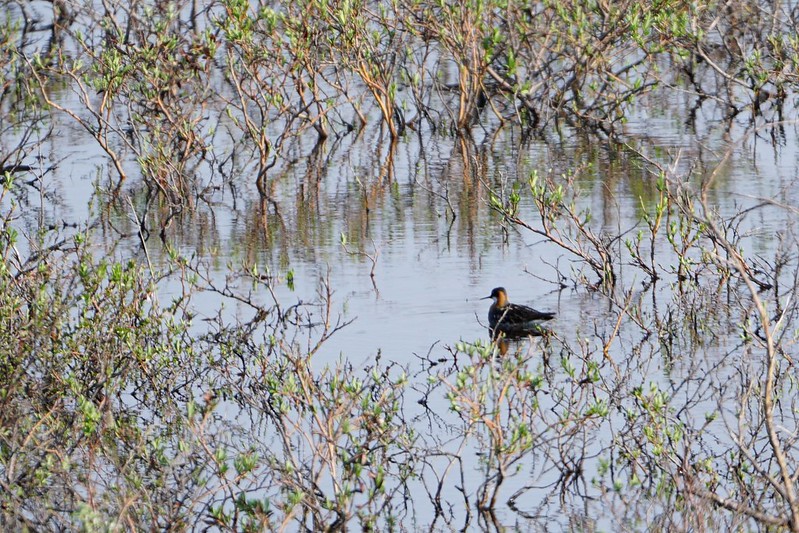 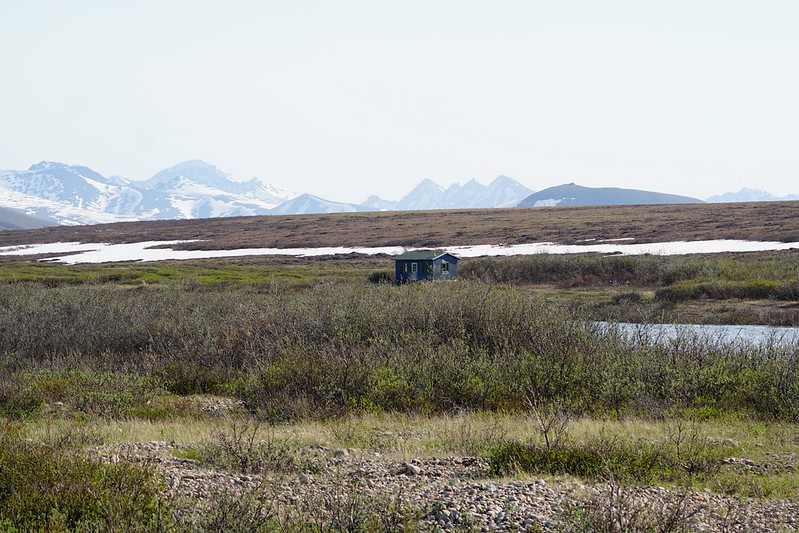 I was really glad that I had my big lens with me.  It seemed like every bird was way out in the distance.

Willow ptarmigan – his head/neck is the brown red, the body/tail white 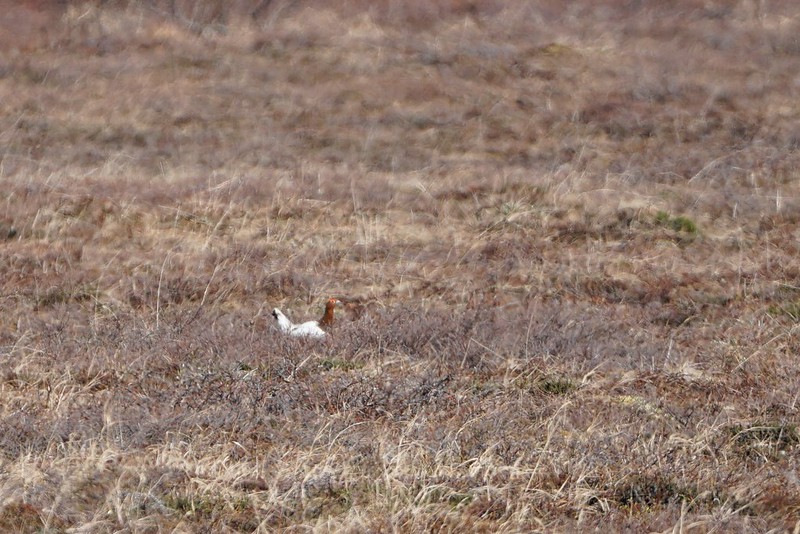 I thought the shades of blue, sky, mist, ocean, pools, creeks against the red golds of the plants gave us really spectacular views. 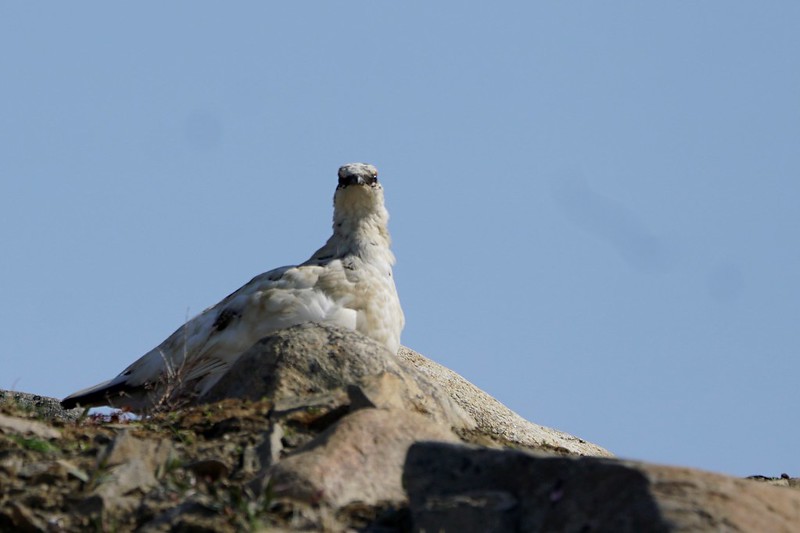 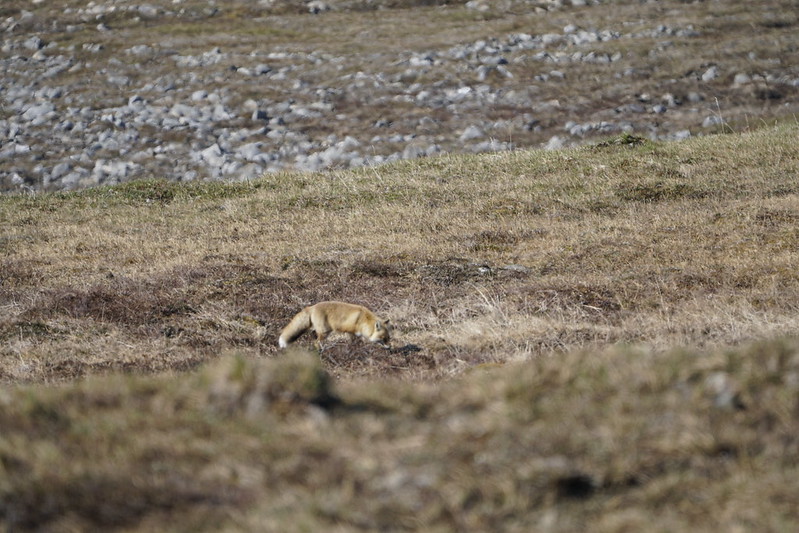 I know that seabirds must come on land to raise chicks and roost, but I never thought of them as posing on hills looking for voles for dinner.  It seemed that every hillock was topped with a Long tailed jaeger.  They were everywhere on every high point. 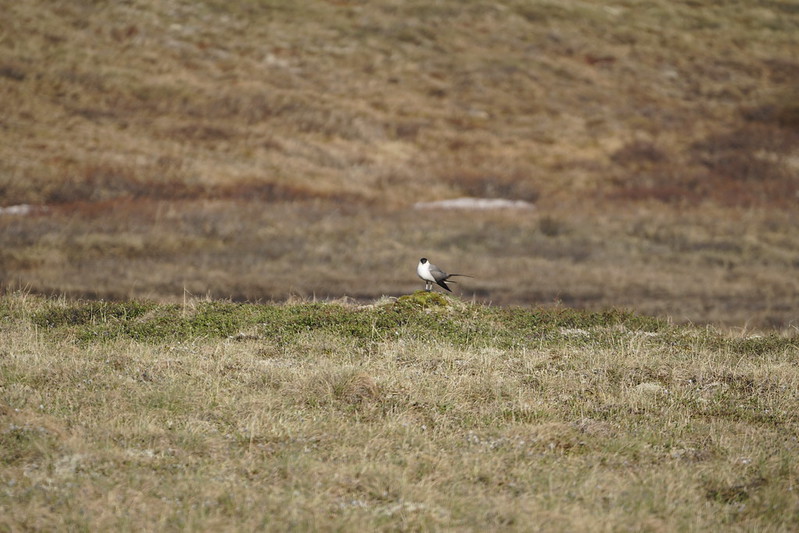 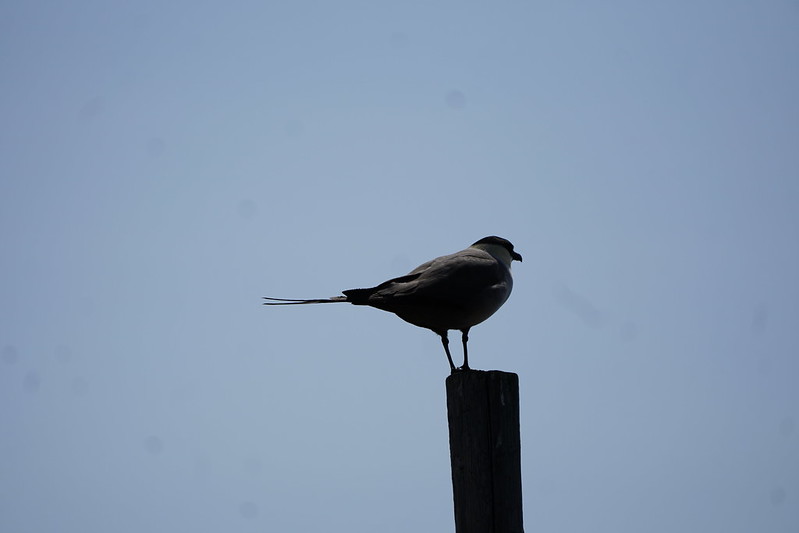 The red in the water in the picture below comes from the soil, not pollution.  There’s enough red mineral content in various locations near Nome that it just seeps out when things start melting. So some pools of water where this orange red color and others were clear or blue.  I found it fascinating. 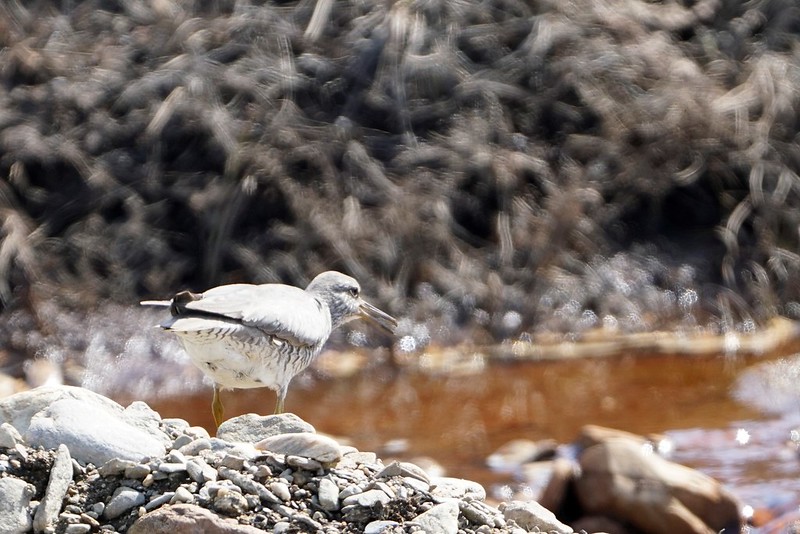 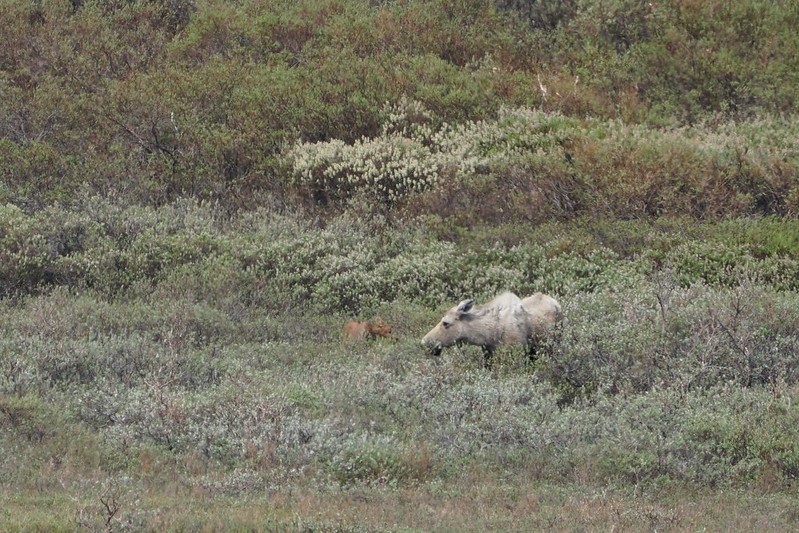 We were lucky in that another bird group saw the rare White wagtail fly into the tree near where we were looking.  Our group had already looked this area over and had moved on only to come back for this guy.  We saw several of the more common Yellow wagtails but they were camera shy. 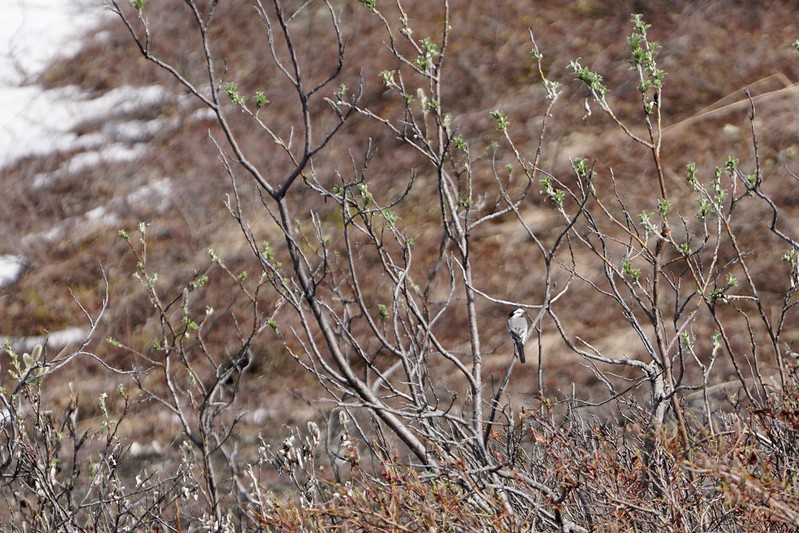 Apparently there’s this thing called Cupcake Day, where kids raise money by selling cupcakes.  Clearly birders are a target audience and we eagerly bought them. 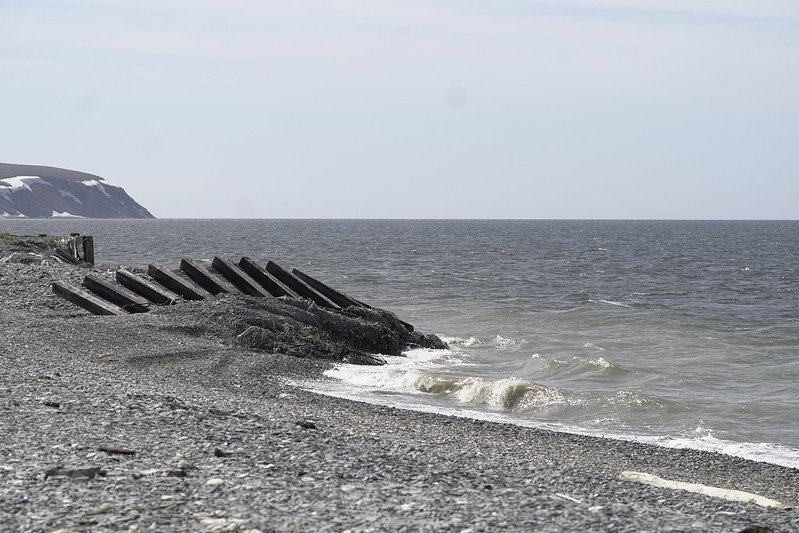 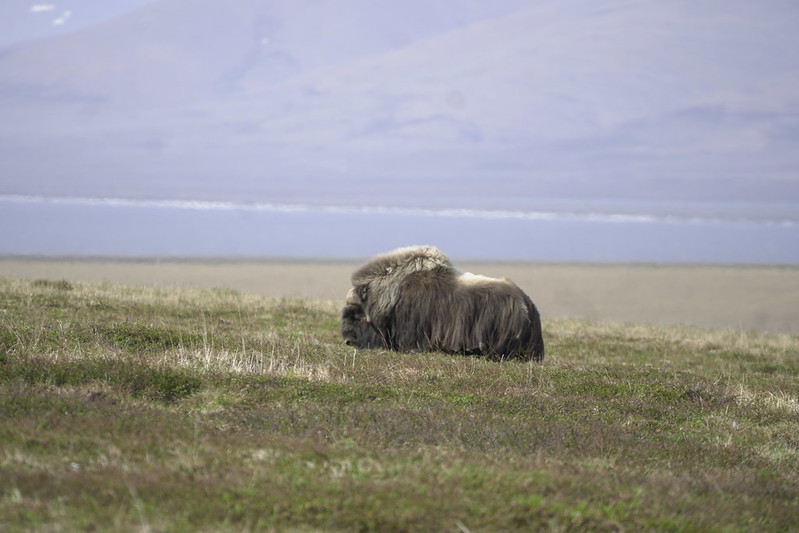 Musk ox have the softest undercoat of fur called qiviut.  In the spring wild musk ox will shed this inner coat leaving it strewn about on the ground and shrubbery.  It’s very expensive, and highly sought after.  Places that raise musk ox provide scratching posts where the beastie can scratch the itches and leave the shedding fur.  Apparently, gathering qiviut is actually a thing like berry picking.   When we spotted these amazing creatures we also spotted qiviut.  There was much jumping out of the car to gather the fluffy stuff.  See: https://www.muskoxfarm.org/qiviut for more information. 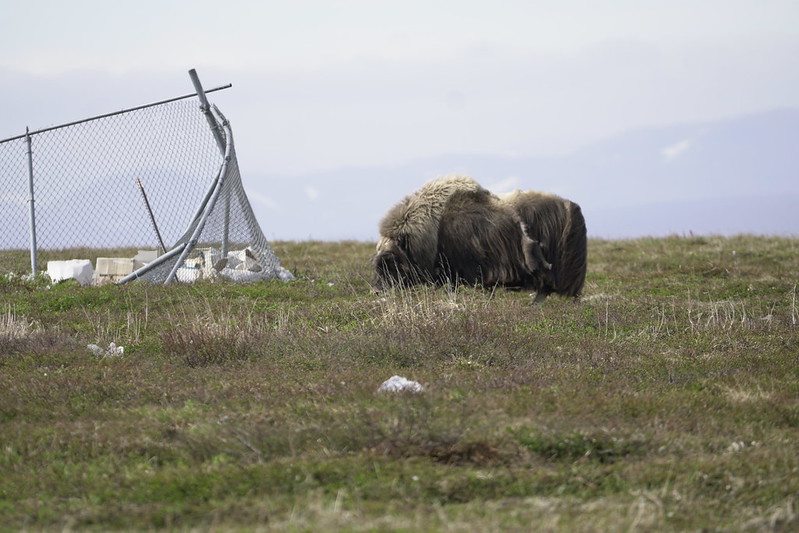 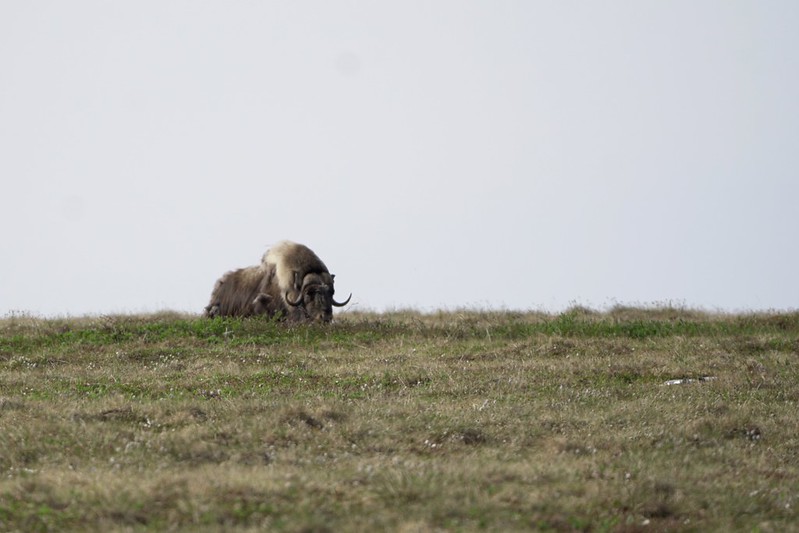 This was a fun, amazing, wonderful day and I’ll never forget it.