I don’t know what I was thinking. I KNOW that Labor Day weekend is one of the busiest days at Yellowstone. I was thinking I could outsmart the crowds and visit some of the lesser known places. Sure, there’d be traffic and people, but I could cope. Sadly for them I roped Shanna, John and Bill into this adventure. We noticed tons of traffic in Island Park then as we pulled into West Yellowstone we hit stopped traffic. I’ve never seen the like. We found out later that a Bison sighting had backed up traffic from near the Madison Junction all the way to West. YIKES. In order to not end up in that jam, we went shopping. It seemed to have eased as we left the stores and headed for the gates. PSYCH! We ended up waiting for more than an hour to make it through the gates. A few years ago we noticed how many different license plates were in the park. Since we didn’t have anything better to do, we started noting the license plates. We found a larger number of state plates than species of birds, 43 U.S. states, 4 Canadian provinces, and 3 European plates vs 24 species of birds.

We don’t know why North Caroline wasn’t there since all of the other Southern states were visiting. Apparently most of New England stayed home. Also we were unable to figure out the European plate countries.

We did get to see antelope, bison, elk, grizzly bears, mule deer, least chipmunks and a bat. I was hoping we’d be able to identify the bat by process of elimination. Surely there aren’t that many bat species in Yellowstone. WRONG. There are 13 different species, so no we don’t know which one we spotted on our way out of the park.

Once we got into the park we had a lovely time, though there were tons of traffic jams. 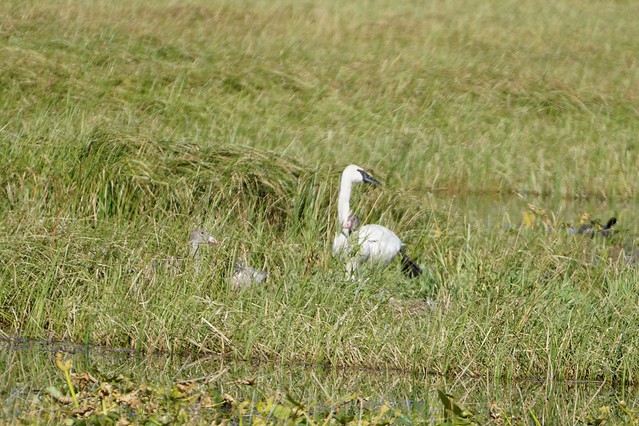 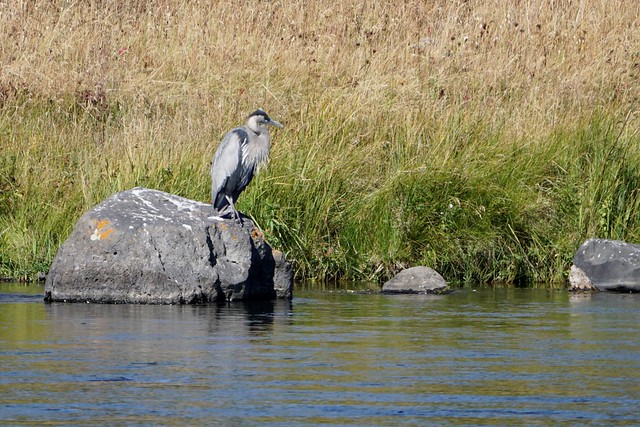 Spotted sandpiper, a mystery bird that I took photos of hoping that I’d be able to identify it later. I posted it to Facebook and Arlene solved the question. 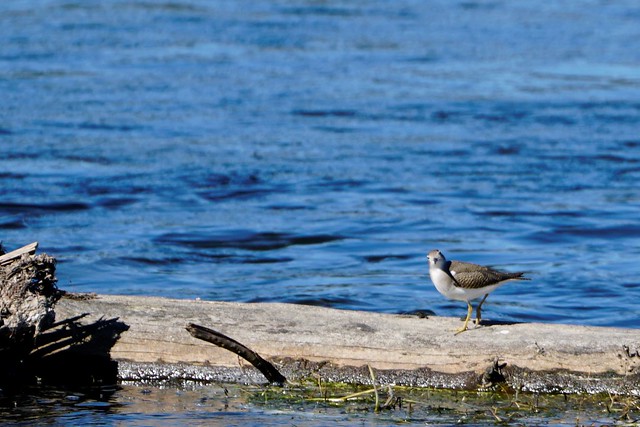 Firehole river. I rarely get to use the Firehole Canyon Drive as it is closed in the spring and fall. And rightly so. It is a narrow one way that I’m sure is truly frightening when there is snow and ice. 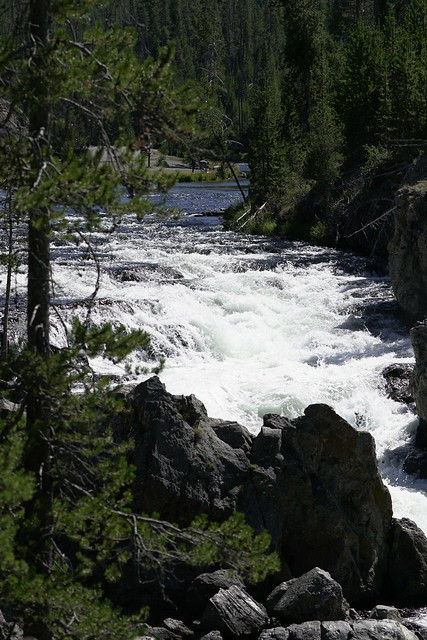 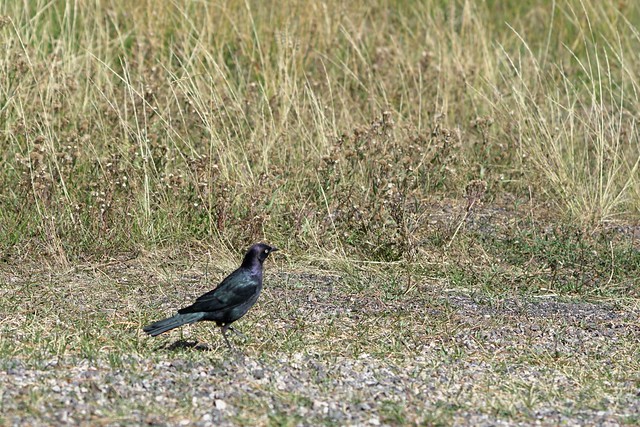 Raven, one of the many, many, amusing poster birds of the park. 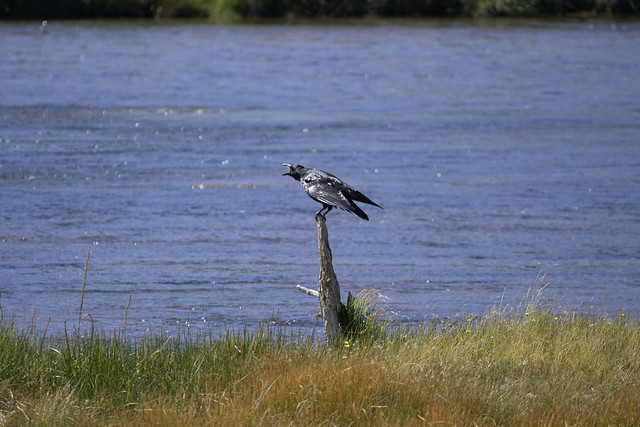 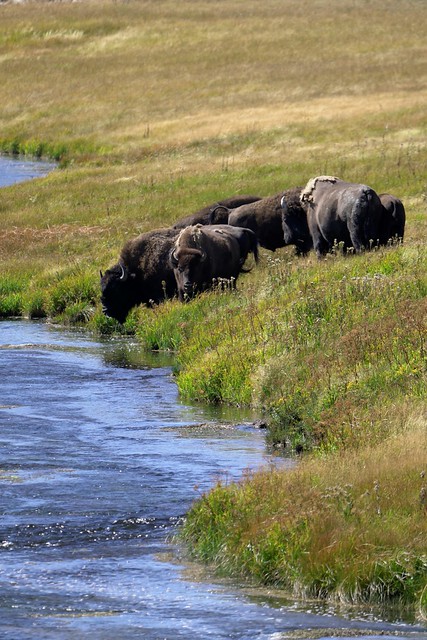 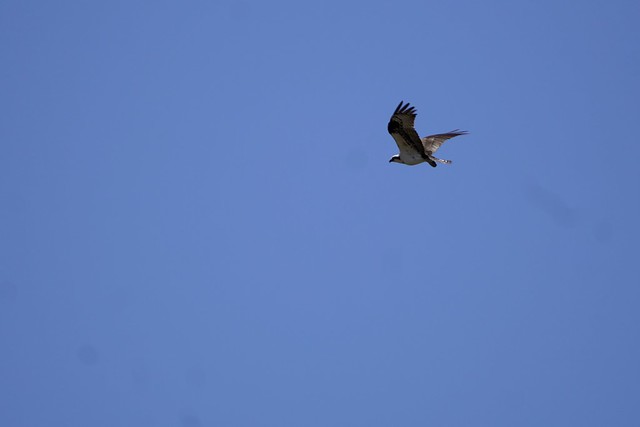 Recovering from a forest fire 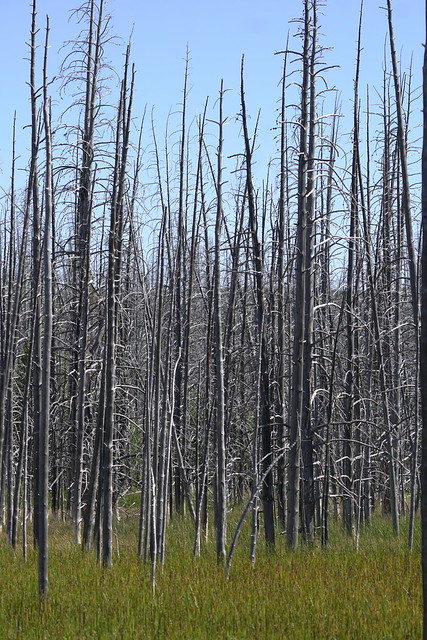 The route from Old Faithful to West Thumb has a couple of lovely stops that many people ignore. Kepler Cascades is one of them. This series of falls in a deep gorge is near the road. You walk out on this very high overlook to enjoy the view. Only do this if you don’t have a problem with heights. 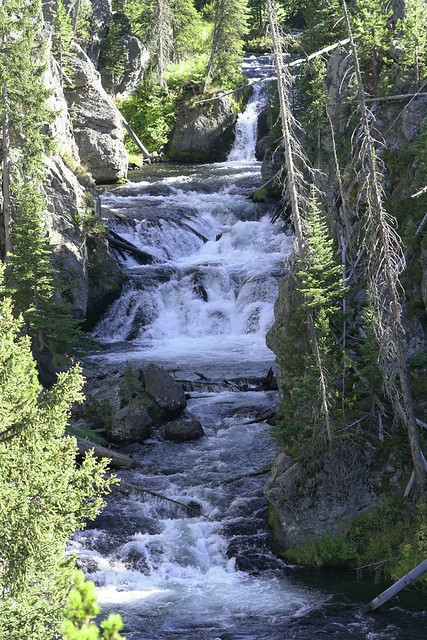 Isa Lake at the Continental Divide. Here’s another one, it has the distinction of draining two different directions since it sits on the Continental Divide. “Isa Lake is believed to be the only natural lake in the world which drains to two different oceans. The east side of the lake drains by way of the Lewis River to the Pacific Ocean and the west side of the lake drains by way of the Firehole River to the Atlantic Ocean. This is the opposite of what one would expect since the Atlantic Ocean is east of the lake and the Pacific Ocean is to the west.” – Wikipedia https://en.wikipedia.org/wiki/Isa_Lake 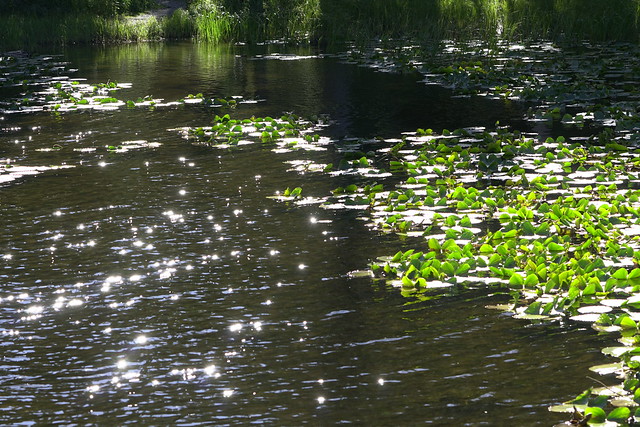 Dark eyed junco, here’s another bird that I confirmed identification via the knowledge of my friends on Facebook. I thought I was very lucky to get this photo since Juncos are flittery, flighty, and busy birds. 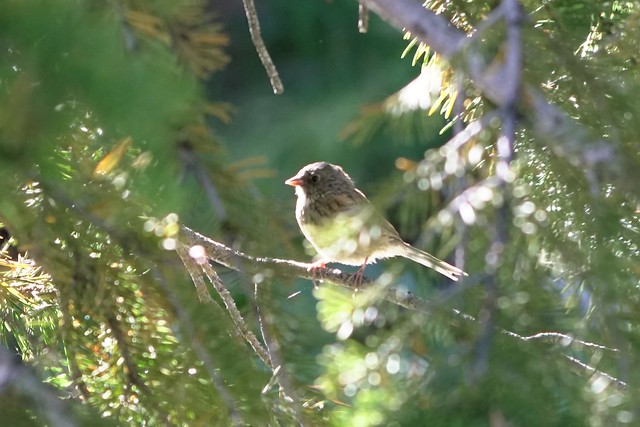 Lake Yellowstone, I was able to get down to the lake and put my feet in it this trip. So much awesomeness. 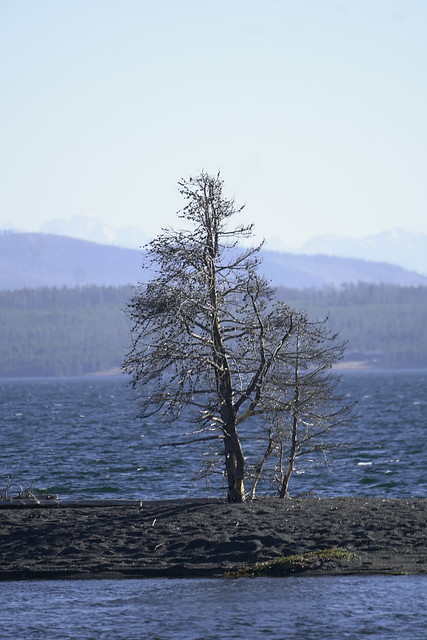 Grizzly bears, the only reason I have this and other photos of the bears is because the bear jam was intense. I paid attention to traffic, handing my camera to the surprised Bill. Hooray for point and shoot mode. The pedestrians were oblivious so paying attention to driving was essential. Though it did take quite a bit of time to get through the stop and go jam. I am grateful we were at the midpoint of the traffic. The line of cars coming towards the bear jam were stopped up for miles. 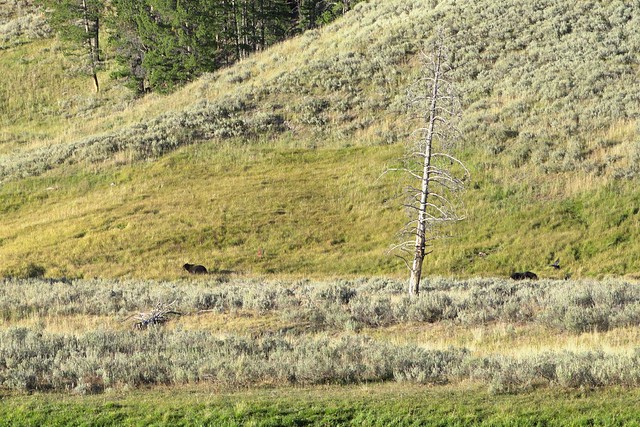 Classic western pose, two bison managed to mangle traffic again. We got lucky in that the brazen bison happened right in front of us. One crossed in front of us three cars ahead, which meant we were stopped. And of course this one walked off the ridge and across the road two cars in front of us and then fell in line 3 cars behind. So we moved very slowly with one bison on the road in front and the other on the road behind us. A park ranger vehicle worked its way to the bison coming up behind us and herded it off the road. 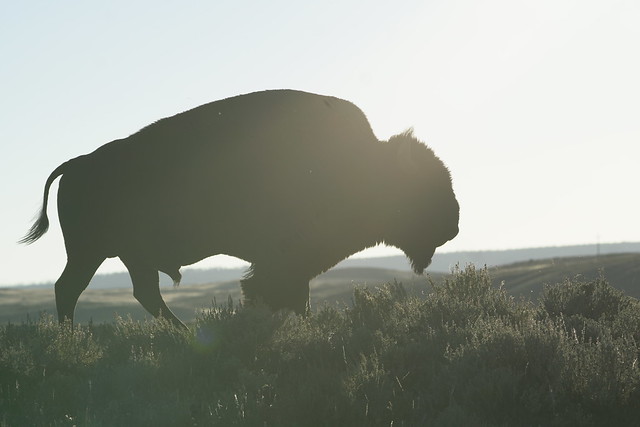 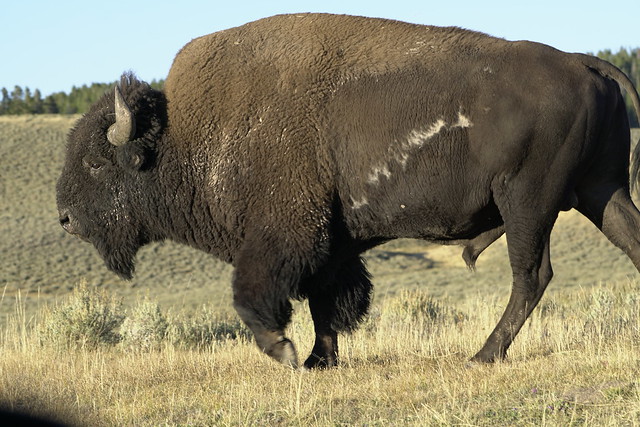 Bison in the review mirror, so this was my view of the park ranger herding the bison behind my car. Crazy! 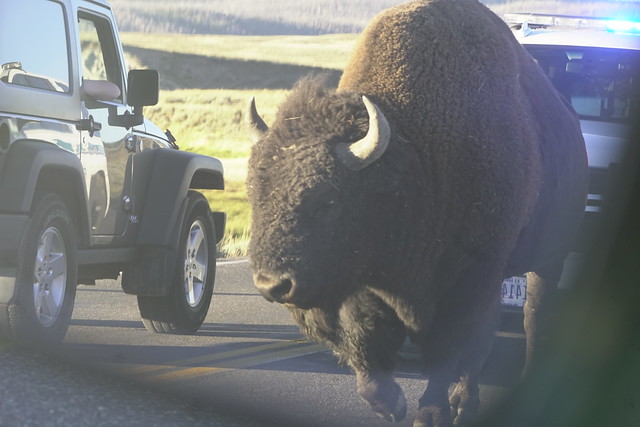 Elk, I love this how this beautiful animal just posed on the edge of the forest. 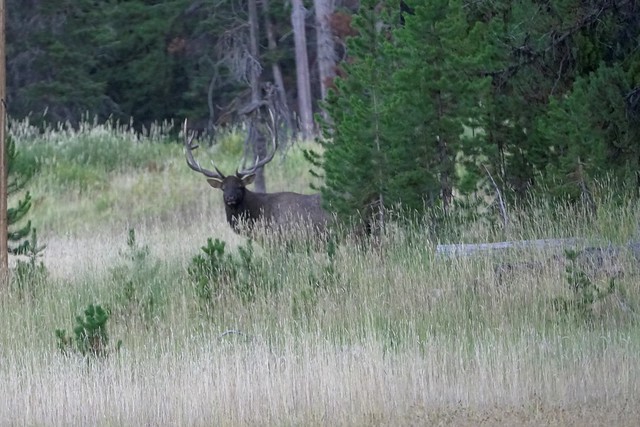 In summation, we had a great time at the park! But I will never, ever, try to visit Yellowstone on Labor Day.