I was seduced by the thought of seeing thousands of swans. See, I follow the Bear River Migratory Bird Refuge on Facebook: https://www.facebook.com/BearRiverMBR/

And they posted this amazing photo:

And included the words: “Witness the spectacle of the Tundra swan migration from the new Viewing Tower at Bear River Migratory Bird Refuge! The Western wintering population of swans remains fairly similar from year to year, peaking around mid-November, in the Great Salt Lake area. See the link to follow the numbers https://bit.ly/2g1PlTr Photo: Dickson Smith”

I waffled back an forth, knowing I’d need to leave super early in the morning to make the dawn light. I almost talked myself out of going when I get this phone call and Red wanted to come with. Most of my friends do not want to leave at 5 or 6 am, but she’s a farmer and the early hour was no problem. We decided on 6 and headed out that Saturday morning. 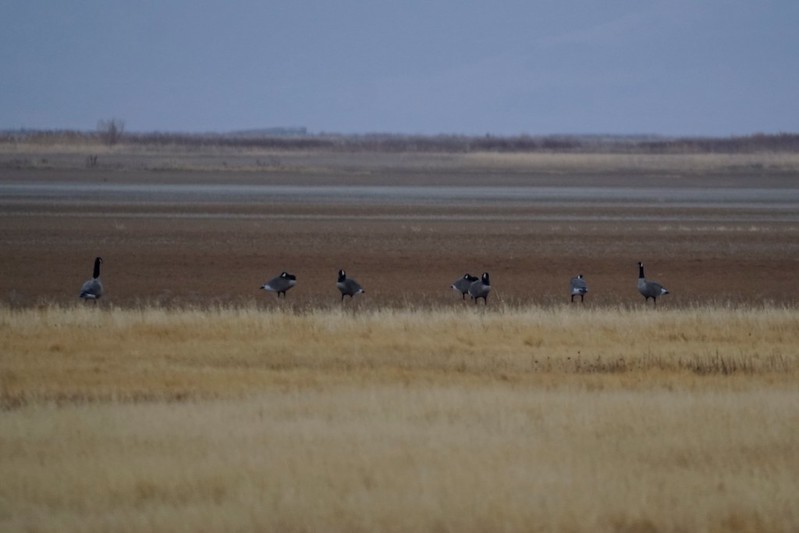 We were happy to see these geese. I said they were all basically facing the same direction, and Red asks “there must be a coyote or something out there.” So I scanned both left and right and … 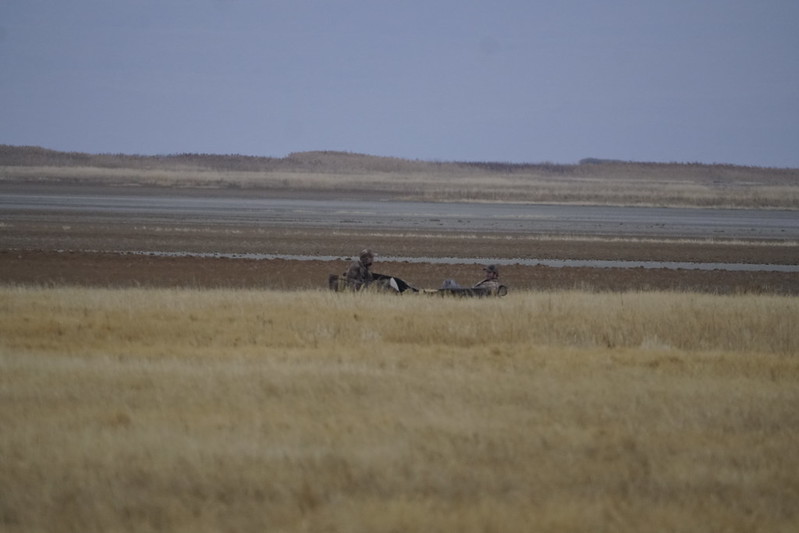 Those were not real geese, but decoys and here were the hunters. Hunting season had come to the refuge. Hunters pay for most of the costs of the refuge so I find it hard to deny them. And by the end of the day felt very sorry for them. They were so numerous there were very few birds. And most of them were not to be hunted or eaten and those that could have been were sticking to the safe areas. It was ridiculous. At every clump of reeds there were hunters complete with a variety of decoys. Who knew that flat decoys were a thing? 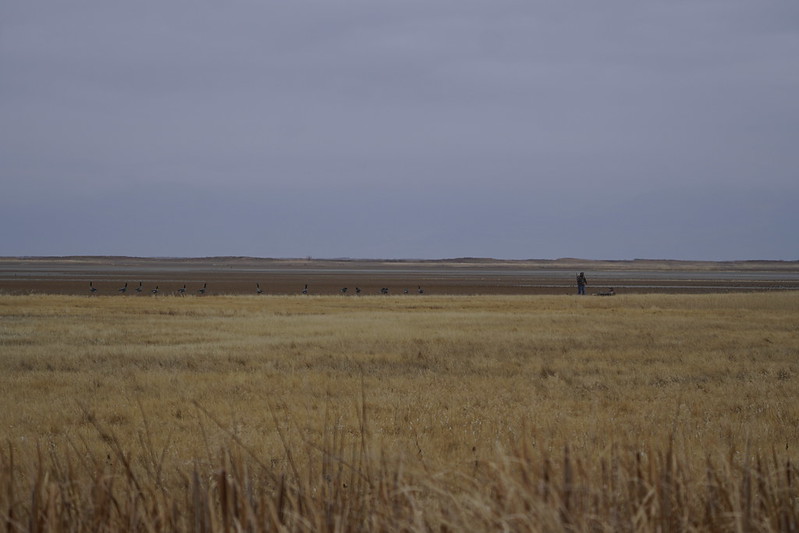 I didn’t take any more photos of hunters, though it was tempting when we saw two hauling their boats across the shallows. 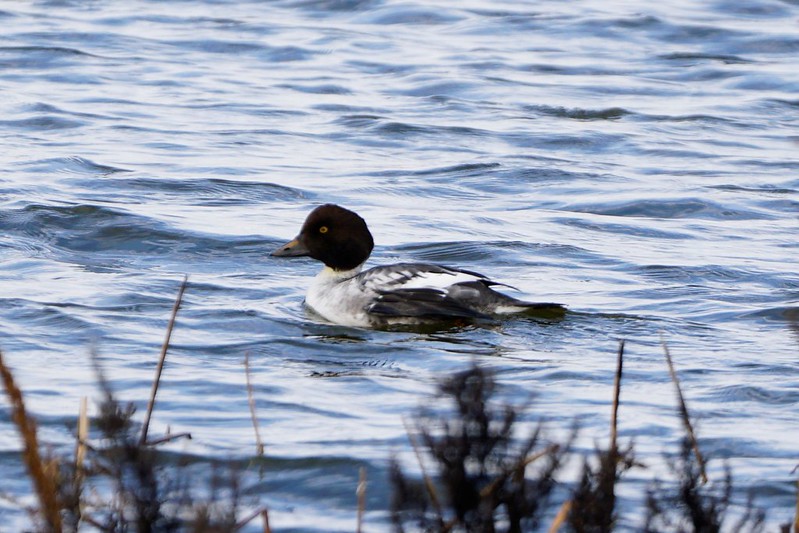 Hundreds of northern shovelers with a sprinkling of teals. 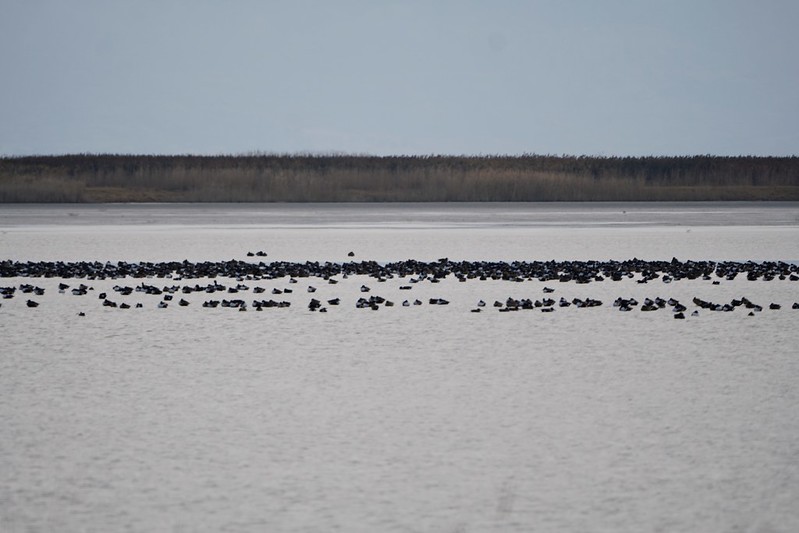 The colors of the day were lovely. The yellows lighter than they were a month ago, and the blues were very bright. 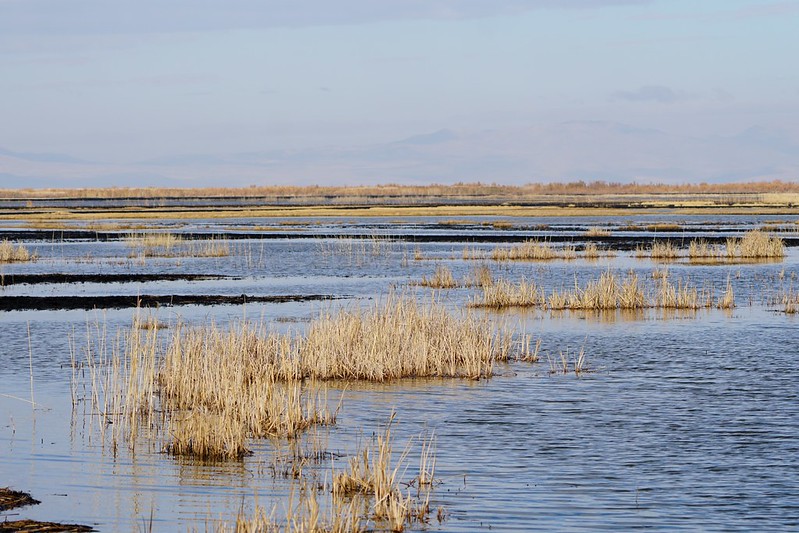 Most of the birds would either not hold still for photographs or were too far away. But the scenery, that was much easier. 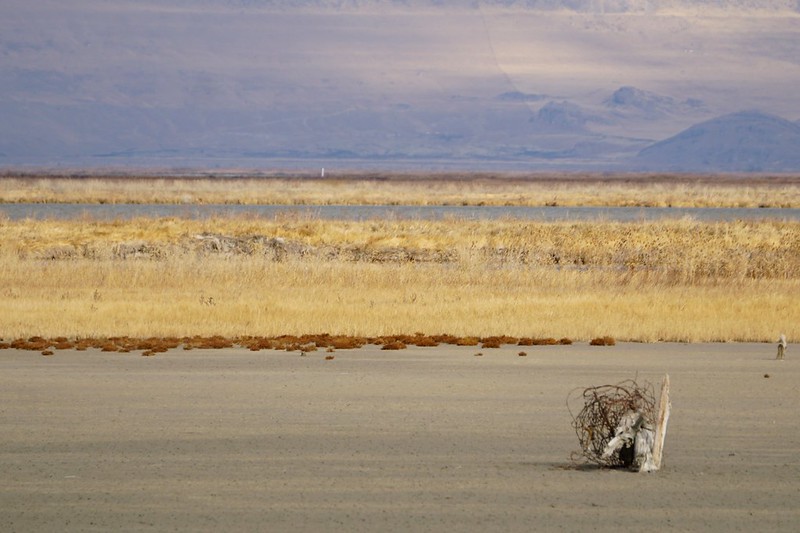 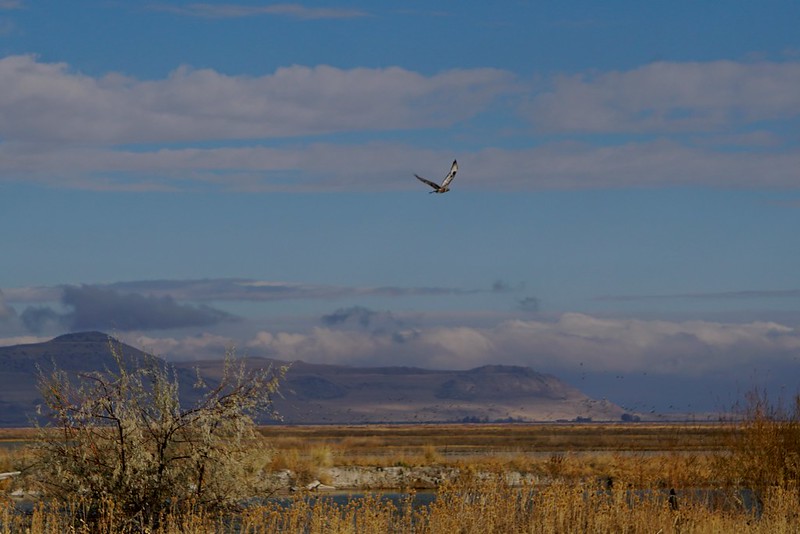 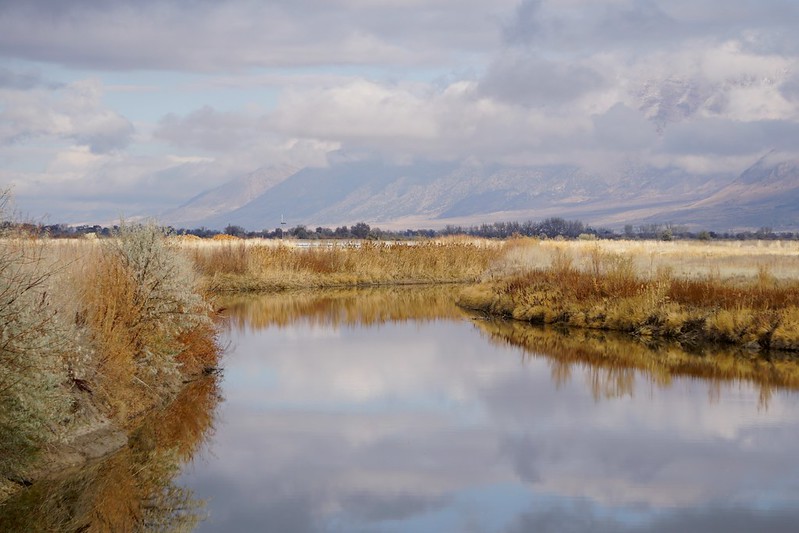 Plus a few more while driving to and from the refuge:
28. Black billed magpies
29. American crows
30. Rock pigeons
31. Eurasian collared doves

So not a bad day for finding birds, though not the best for taking their pictures. I’m definitely bring Red with me again. She’s great at spotting birds.

It really did feel like a bait and switch kind of day. I think if we had gone there during the week when there were fewer hunters we might have gotten to see the thousands of swans. Though we did see hundreds of white lumps off in the distance and knew they were the swans we wanted to see, we didn’t get a good look at them, excepting the ones that flew over our heads.

One thought on “Bait and switch at the refuge”