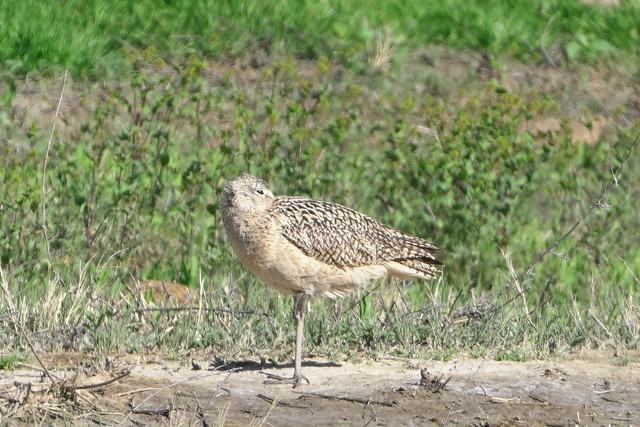 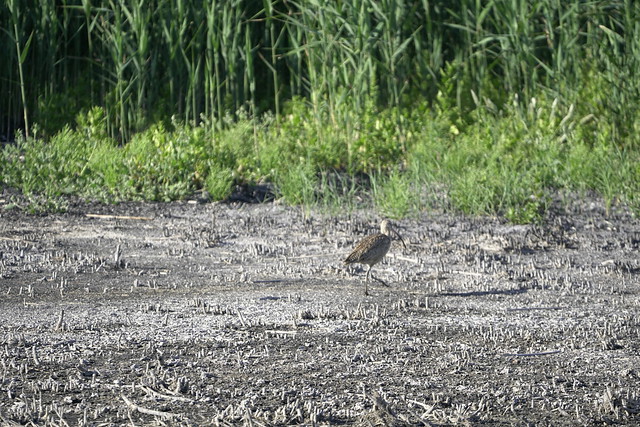 Higher nest success is correlated with “higher curlew densities in the area, greater percent cover of conspicuous objects (cowpies, rocks) near the nest, and higher densities of black‐billed magpies (Pica hudsonia) and American crows (Corvus brachyrhynchos) at the site.” p. 1197 There is also greater probablity of nesting success if based on the distance to a potential perch.

Though common raven density was not an important correlate of nest success, the combined density of the other corvids present, American crows and black‐billed magpies, was positively associated with nesting success. The probability of nest success increased by 11.1% for every additional non‐raven corvid/km2″ p. 1204-1205

One reason may be “curlews, crows, and magpies have shared nest predators, and there is interspecific competition among corvids for similar resources. Interactions between crows and ravens are asymmetric, with crows much more likely to attack ravens (Freeman and Miller 2018). There was a negative correlation between crow and raven density in our study and this potentially suggests a protective effect by crows from nest predation by ravens if crows are suppressing raven presence. … anti‐predator mobbing by
crows or corvids in general may have acted to moderate other avian and mammalian predators in curlew breeding areas.” p. 1208 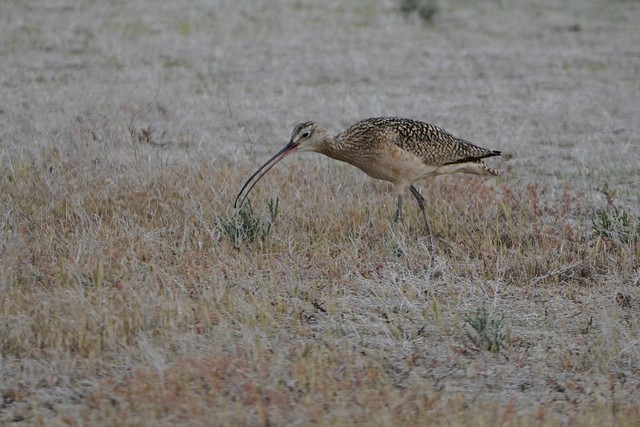 THREE
Julia N. Allen, and Julia N. Allen. 1980. “The Ecology and Behavior of the Long-Billed Curlew in Southeastern Washington.” Wildlife Monographs, no. 73 (October): 3–67.

Sex and Age Determination: “I judged sex of adult long-billed curlews by configuration and length of the bill in proportion to the head. In profile, the bill of the female is more than 3 times the length of the head; in the male, the bill is 3 times or less than the length of the head… In addition, the bill of a male has a more perfectly symmetrical curve whereas the female bill is rather flat on top with a more pronounced curve towards the tip. That method of distin- guishing sex was devised by M. M. Tremaine … for curlews in Nebraska and is accurate and easy to use after a little experience. Also, the female of a pair is often up to one-third larger than the male, but is a difficult criterion to use unless both members of the pair are present for comparison. Juveniles (birds of the year) can be separated from adults by their noticeably shorter bill length.” p. 17 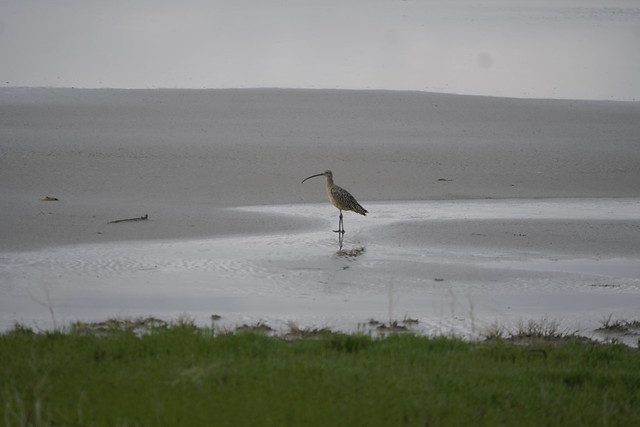 Some common names include the disused Sickle Bill, the French: Courlis a long bec, and the Spanish: Zarapito Americano.