Every year they round up the bison on Antelope Island. People with horses are allowed to register/volunteer to help. There are also experienced riders who are trained to work with the bison and manage/herd both bison and volunteers. 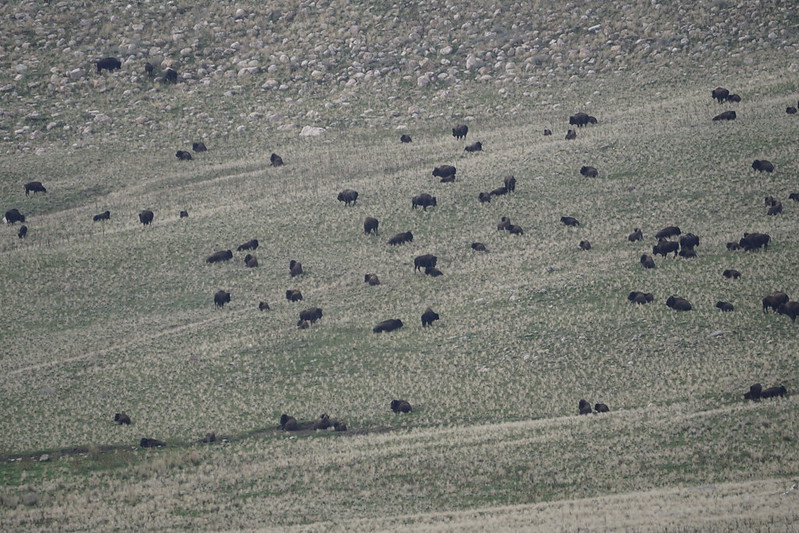 So why do they round them up? One reason is to do health checks, but the primary reason is herd management. 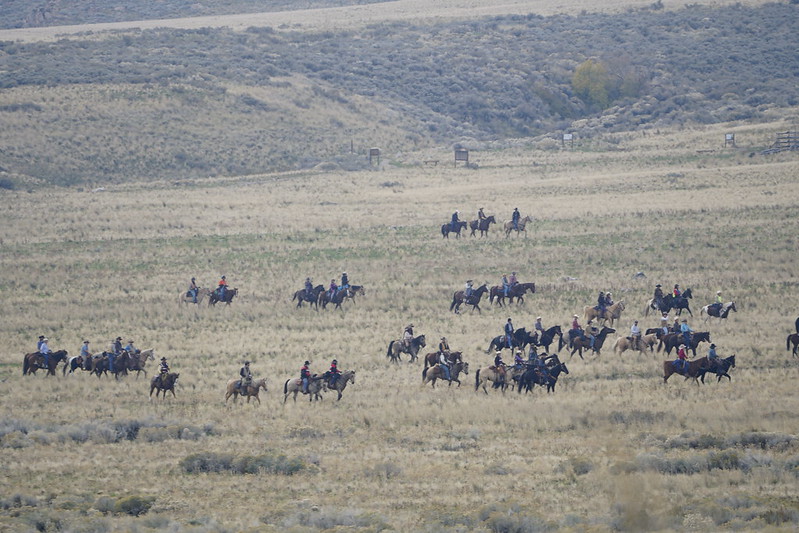 From the website https://stateparks.utah.gov/parks/antelope-island/bison-roundup/
“The manageable herd size for bison on the island is between around 500-550 bison, and each year there are between 100-200 calves born into the herd. With no natural predators on the island capable of taking down a bison, it is necessary to artificially reduce the herd size to balance out the food supply.

It is also important to remember that there are other animals – such as pronghorn antelope, bighorn sheep, and mule deer – which also need to be considered when looking at the island’s overall food supply.”

Starting to come together 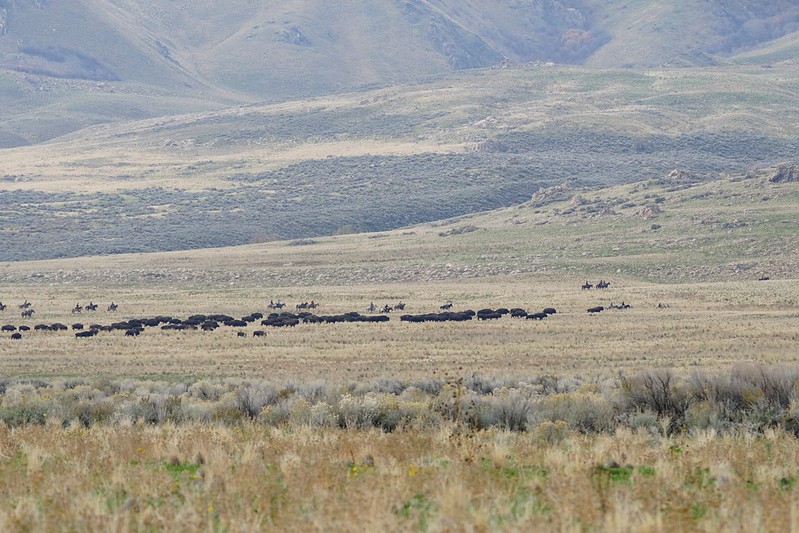 There was much of this day that was magical. We arrived at the right spots at the right times and the day just flew by. There were many awesome moments including hearing the deep grunting sounds hundreds of bison make when they are required to move. 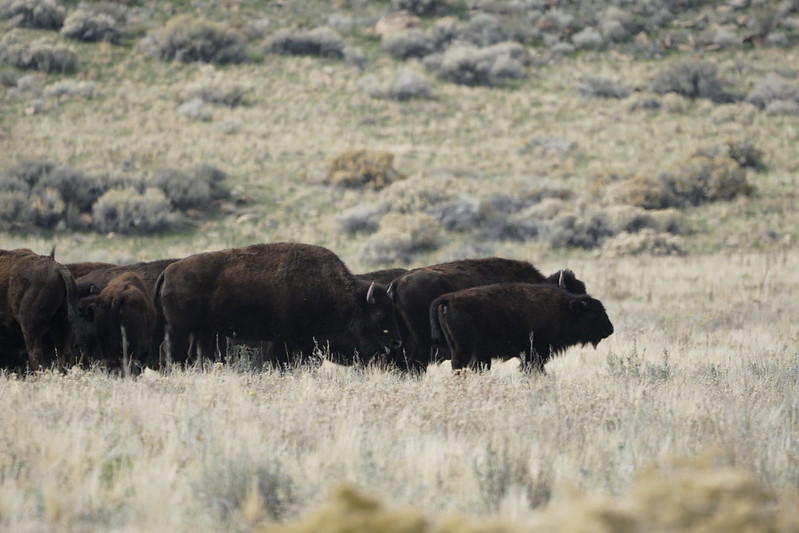 The feeling of movement when hundreds of them walk by followed by large numbers of people on horseback.

Heading up and over the ridgeline 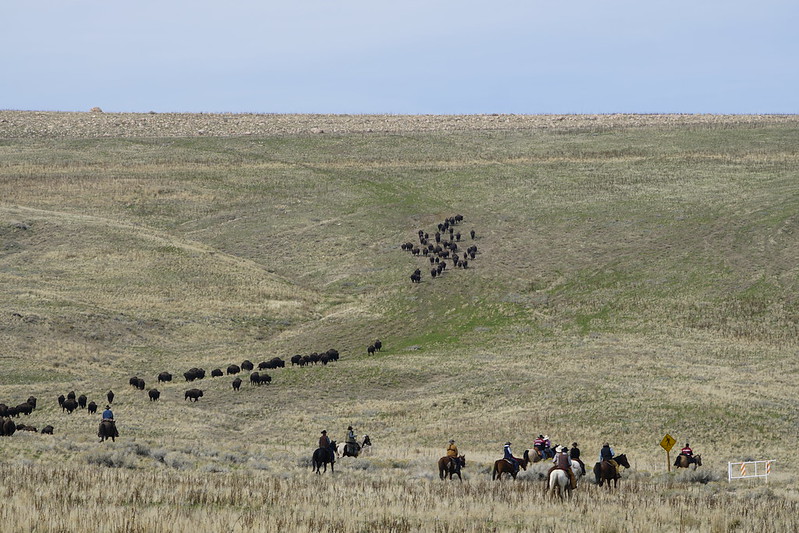 Watching a cowboy in western fashion looking down at his cell phone. 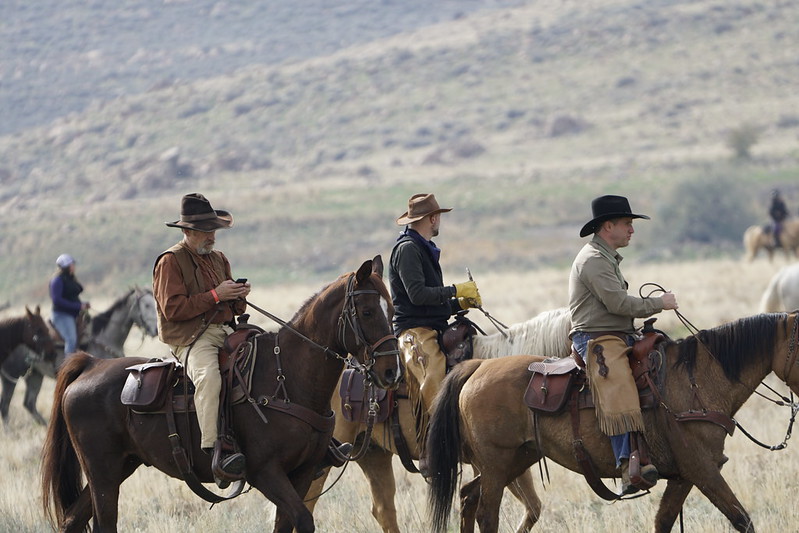 Seeing another pair of gentlemen and realizing that the younger has a lead rein on the older. Is this a case of the adult son taking his aging father out on what the father may have done all his life? Alzheimer’s? Visual issues? I could be creating my own story about this but that old man was having a great time and sat his horse like he knew what he was doing and the younger (30s or 40s) smiled and knew things were good. 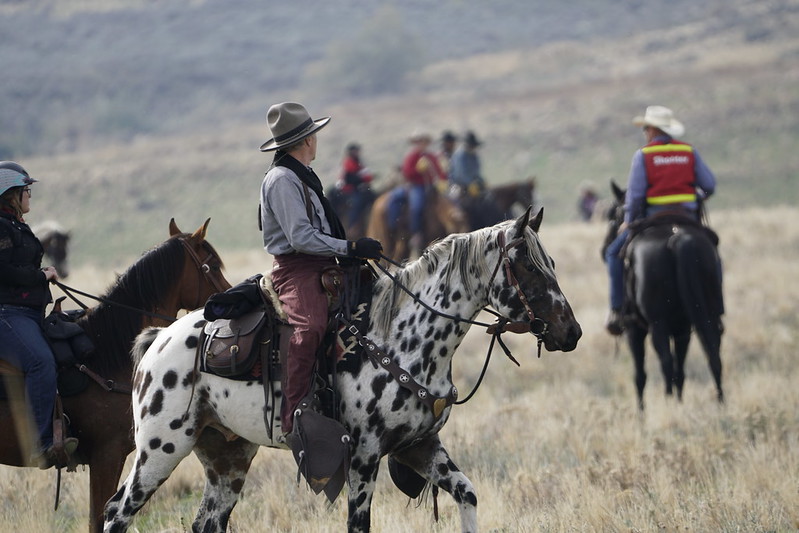 Once the bison were pushed over the ridge we drove around the island to where the final push into corrals would be visible. The Antelope Island park management had allowed a few vendors to set up. Awesome burger for lunch. We got to meet interesting people and talked and waited for the bison to finish their journey. Apparently the batch we watched were held in an upper level valley as other groups were brought in and added to the herd. Then they move all of them in one big push to the corrals.

Young bison racing ahead of the rest of the herd and potentially heading in the wrong direction hence the number of racing riders. 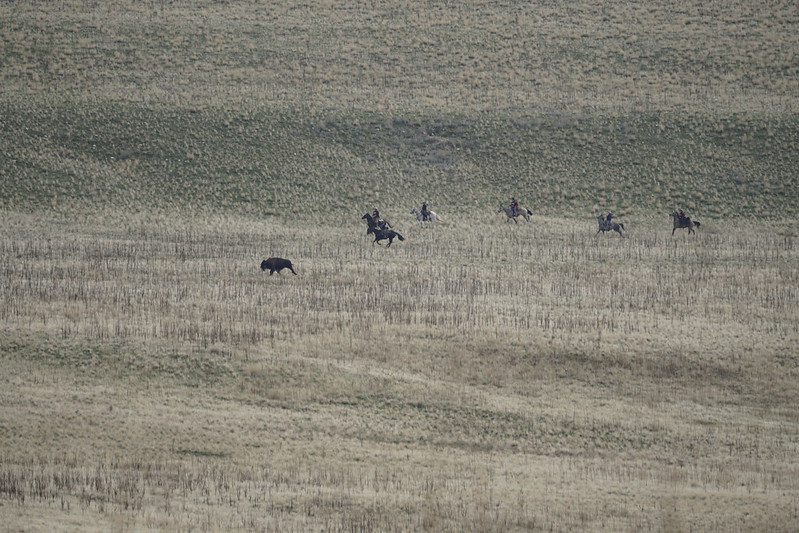 Another pause to gather the herd 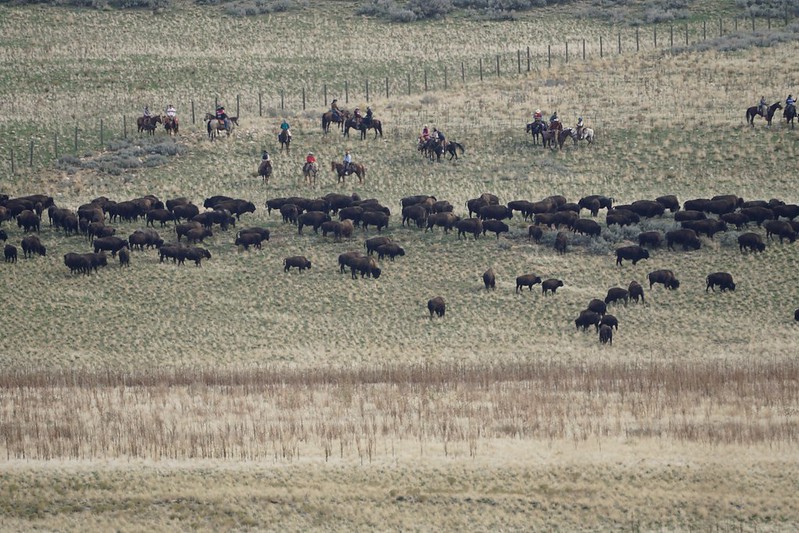 The drag end of the gather 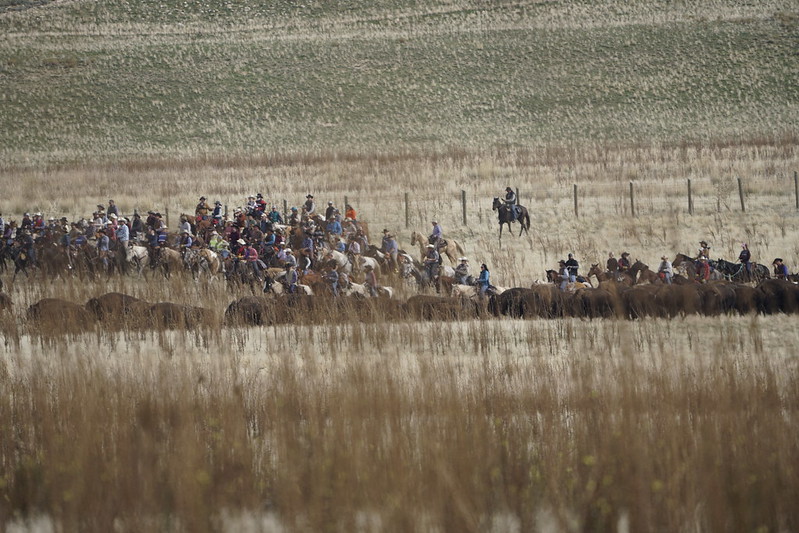 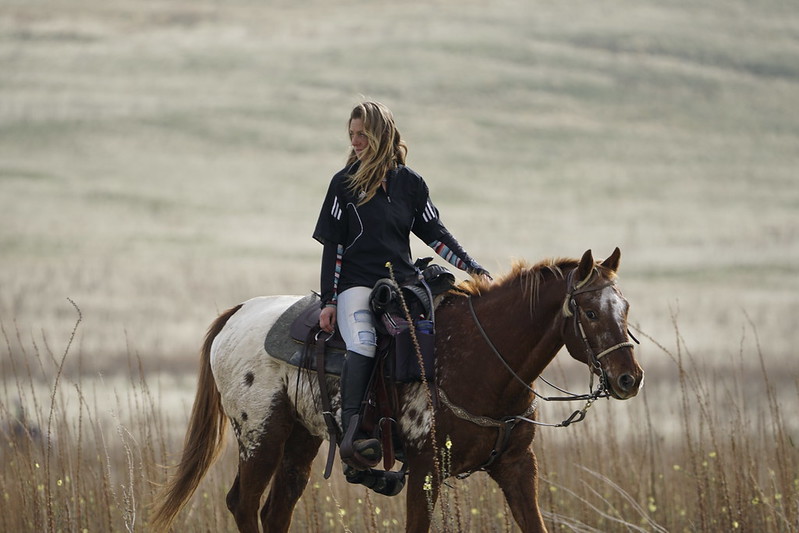 We were allowed to drive the loop by the corrals so I did get a few pictures. 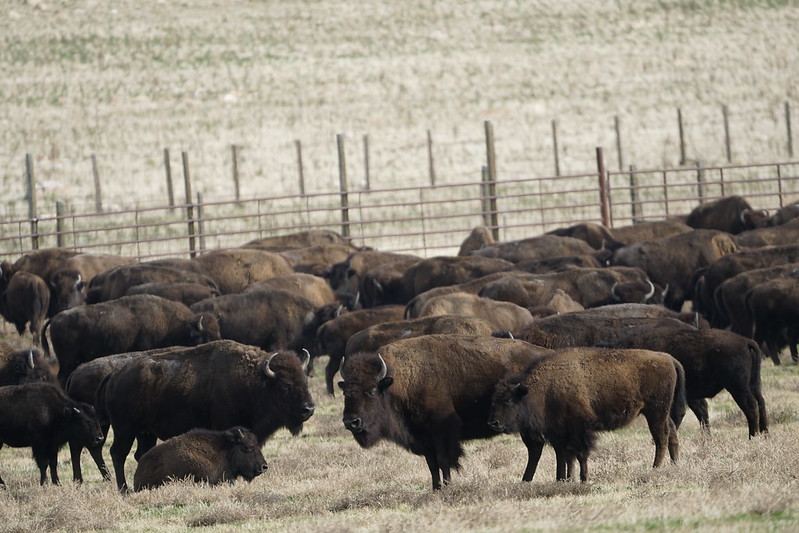 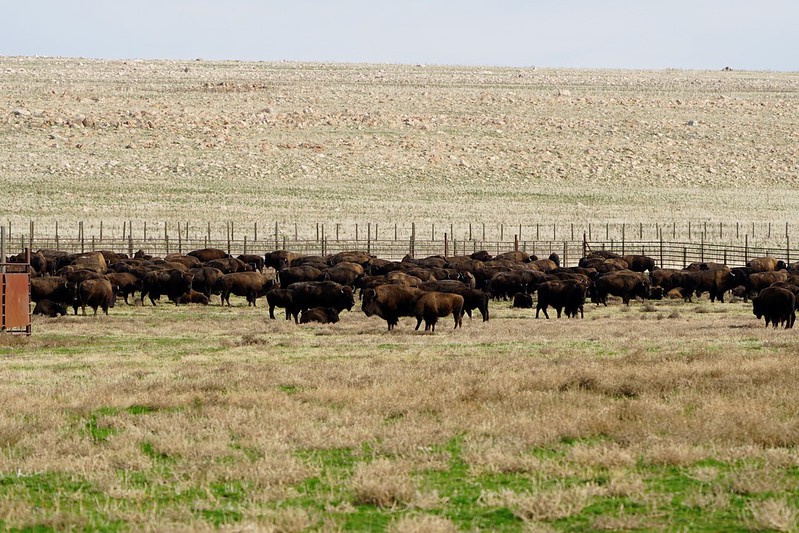 Hay piles were placed in the corrals to entice the bison further in and to make them happy.

This bison apparently loves to shove his head into piles of hay. 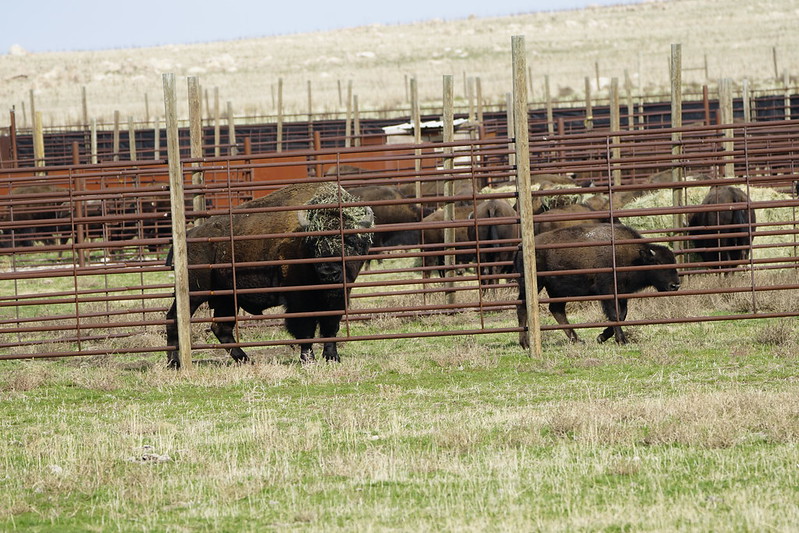 I loved watching the horses and bison. Bison are so very very big and horses just aren’t that bulky. I spent a lot of time admiring the gorgeous horses.