The goal was to get to Helena at a reasonable time. There were a couple of problems with this plan. First I had to 600+ miles to cover in a single day. Second speed limits in Canada are not what they are in the U.S.  Third there were so many wonderful places to investigate. I left at around 8:00 a.m. heading south for Head-Smashed-In Buffalo Jump. 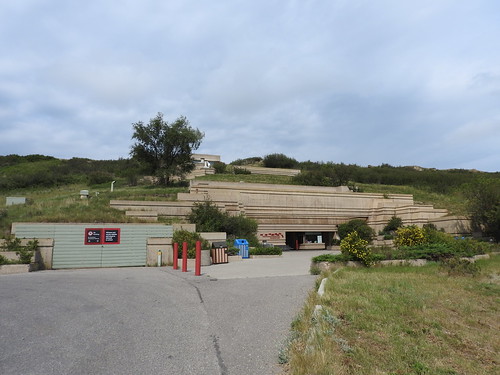 “This archaeological site, known around the world, preserves the remarkable history of the Plains People through the millennia. Because of their excellent understanding of the regional topography and bison behaviour, the native people were able to hunt bison by stampeding them over a cliff. They then carved up the carcasses and dragged the pieces to be butchered and processed in the butchering camp set up on the flats beyond the cliffs.” 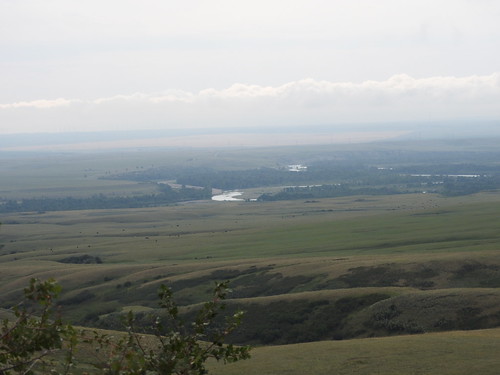 Buffalo jump locations are scattered throughout North America. It was only with the acquisition of horses that the jumps stopped being used. 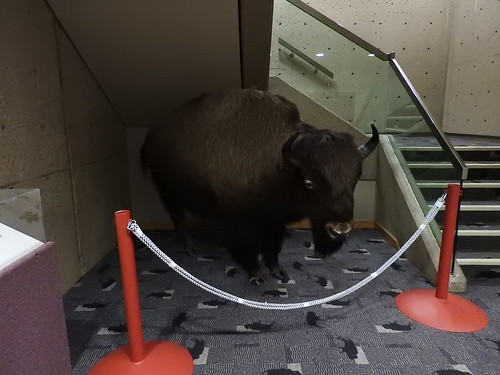 I love this overly groomed bison, makes me smile considering how scruffy the living bison are. And this is the year when I’ve seen a LOT of bison, at Yellowstone, Antelope Island UT, and National Bison Range MT. 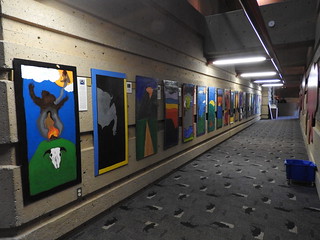 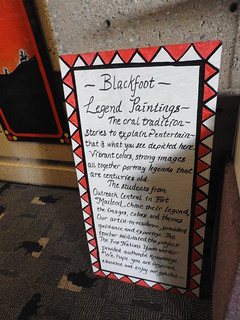 This is my favorite Legend Painting. 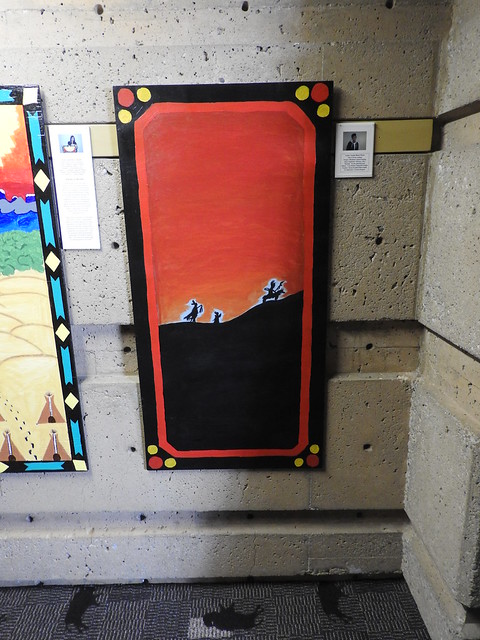 I was very conflicted at this museum. I really feel bad for the bison. I couldn’t even watch the cartoon depiction. It’s heart wrenching. But, the buffalo jump wasn’t done every year. And when it did happen it meant that the tribe(s) were fed throughout the long winters. 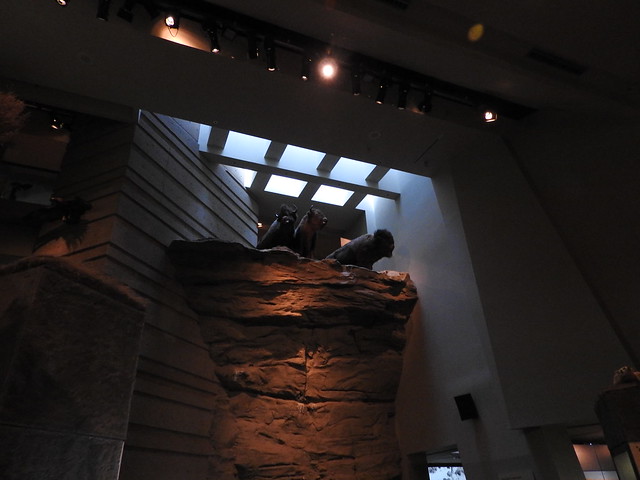 I hadn’t thought about the history of working dogs. But it makes sense for a society without horses or llamas or other domesticated burden beasts. 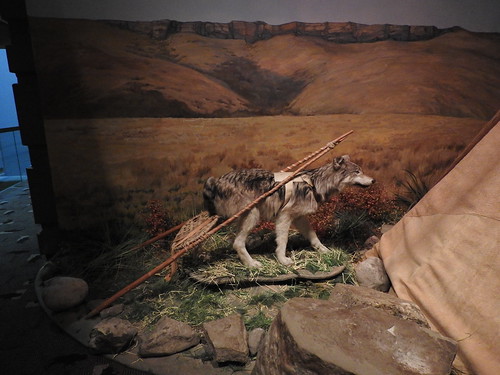 I learned a lot at this museum. I definitely recommend stopping at this World Heritage Site — Jenny