I took Halloween off as a vacation day to celebrate my birthday.  I left home around 7:00 a.m. and headed north to do a bit of birding.  I got to Market Lake (near Roberts ID) at dawn.  The sky  was bright and clear with a scattering of Northern harriers 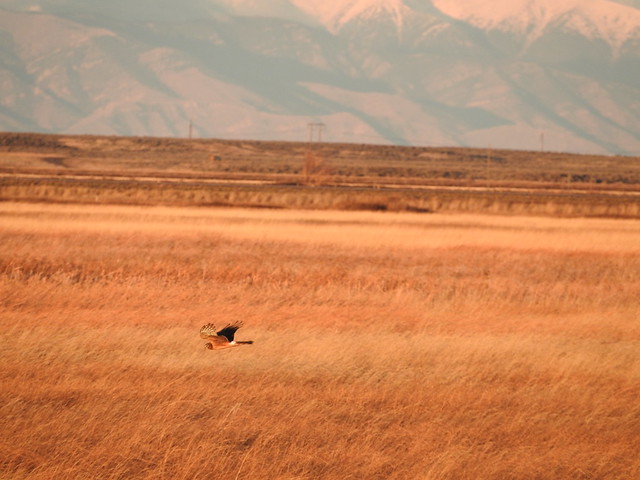 The colors of autumn at Market Lake dawn included intense blues and gorgeous rusts and oranges. 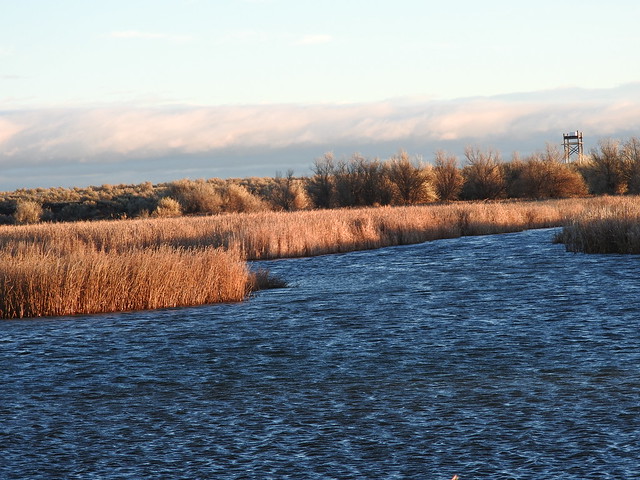 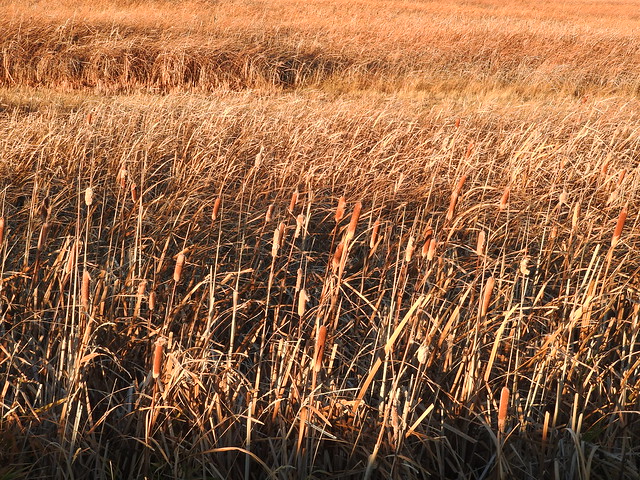 Market Lake had a few other birds, magpies, a pied billed grebe, a single redhead and lots of coots.  I decided to go out to Mud Lake and see if the deeper water would be attractive to more birds.  The wind was high and the water rough and not a single bird was to be found except in the quiet coves. A flock of starlings silhouetted on the branches of a dead tree was noteworthy. 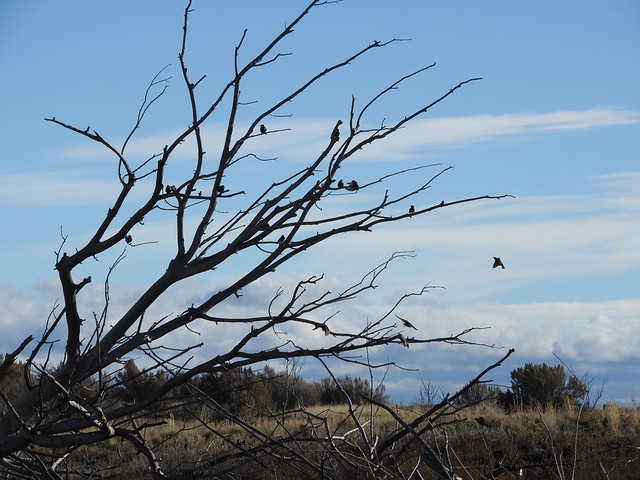 I almost chose to drive home at this point, but having come this far, why not try the Camas Wildlife Refuge.  And while the first part of the loop was also sparsely populated with birds, the backside proved much more productive. 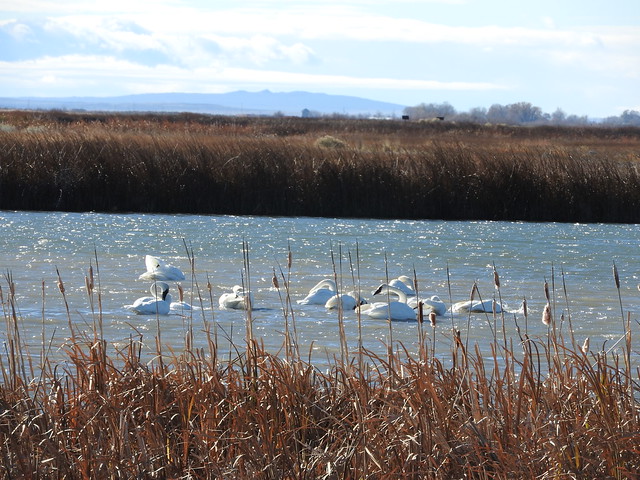 The big pond had swans and hundreds of ducks of a myriad of species including: mallards, redheads, ruddy ducks, northern pintails, American wigeons, coots and more.  There were many phaleropes, but since they were not in breeding plumage and were also far out of clear binocular range I was unable to decipher species. 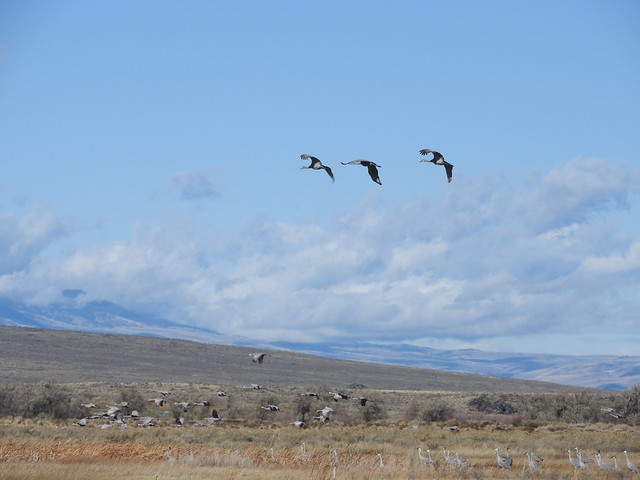 But the most amazing thing happened the wind died down and suddenly there were sandhill cranes everywhere.  I counted over 75 flying in small flocks overhead, and they were also out in the fields.  The above photo shows some standing, some taking flight, and some flying high. 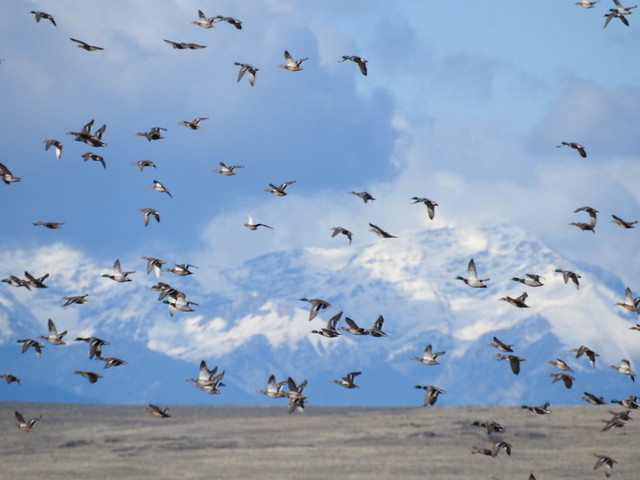 Ducks against the mountain, mostly mallards 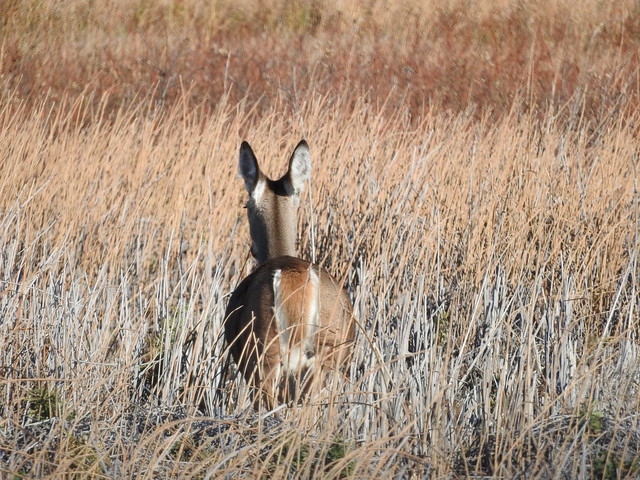 A white tailed deer, one of three at Camas, I also saw a mule deer and a small herd of pronghorn antelope. 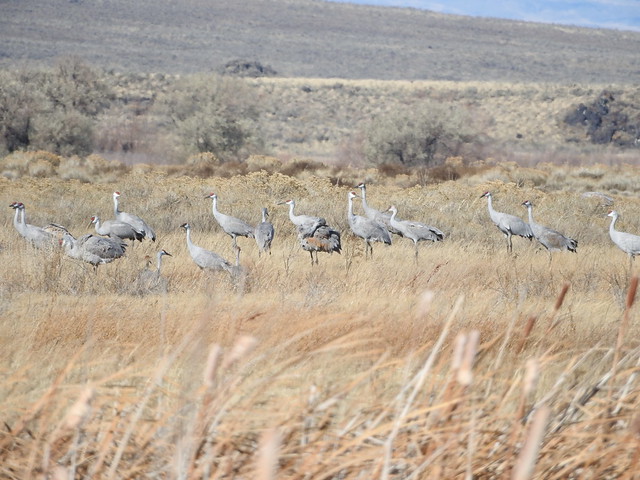 One last picture of a wondrous sandhill crane flock.

Really was a lovely way to spend my birthday. — Jenny