We’ve had a number of rarities in the Anchorage area this year: a hawfinch, a house finch, and Saturday, I finally intercepted a birders email discussion early enough to be able to track down the bird! Plus it was big and right in mid-town so really it wasn’t much of a search.

So here you go: the second recorded visit of an emperor goose to Anchorage. It was hanging out with a bunch of Canada geese at the main branch of our public library. 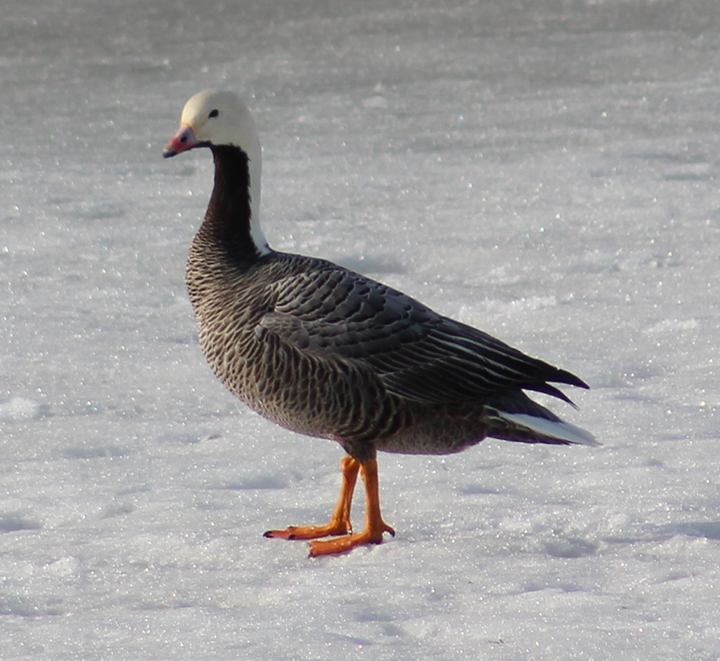 They’re one of my favorite birds and I can’t really explain why. Maybe rarity value? I was able to see a flock of them at one of their wintering spots just south of the town of Kodiak a few years back, but I didn’t figure I’d get to see any this year! 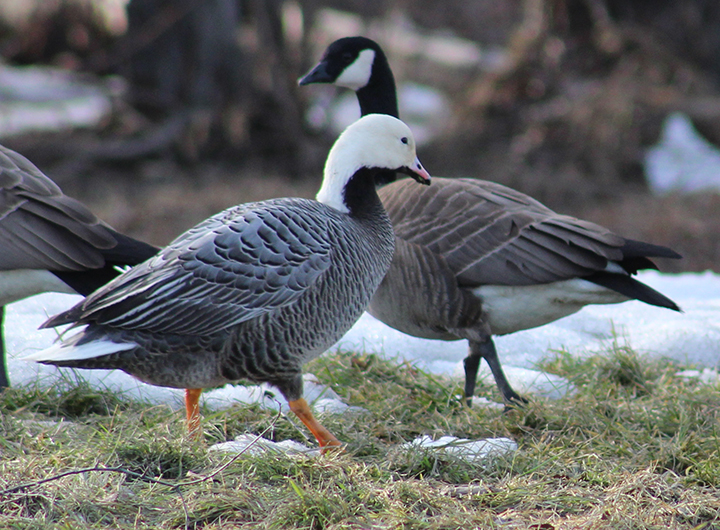 Since I was then out and about, I took a look around to see what other birds the ending of winter has brought into town. Our migrants are starting to arrive now, so birding opportunities are definitely going to be increasing.

Here’s a good view of the relative size differences between herring gulls (the big pink-legged guy) and mew gulls (the little yellow-legged guys.) They’re definitely the harbingers of spring in Anchorage for me. We may get occasional snowfalls after the gulls arrive, but once they’re here, melting seems to commence pretty quickly. 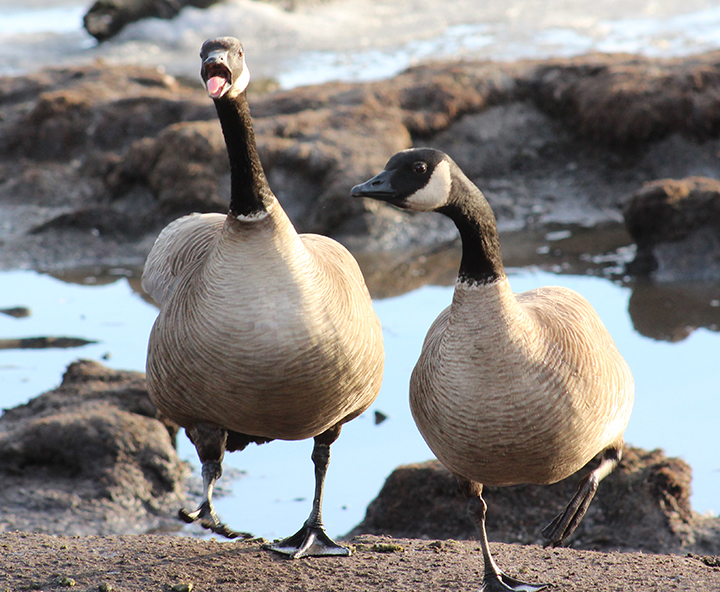 Here’s a view of the identifying little white band at the base of the neck that tells you that this is one of two subspecies of cackling goose. They’re generally smaller than most Canada geese but since the most common Canada goose subspecies we get here are the Lessers, the size differential is usually only easy to see if they’re right next to each other. These two were definitely thinking spring! Lots of interaction between these two and not a lot of tolerance exhibited.

I still wish I could have seen the hawfinch since that would have been a life-lister for me. The birders listserv has been quiet on that topic of late so I don’t know if it’s been seen lately. And while it would be cool to see a house finch in this particular part of Alaska, I see them regularly (unlike emperor geese and hawfinches) so that one hasn’t really motivated me to take the drive down to Girdwood where it has been spotted regularly over the past few weeks.

I’m off to Atlanta tonight for a consulting gig for the rest of the week. I don’t know how much time I’ll be able to get out and about beyond my job duties, but I’ll hope for some good sightings there, too. Since I haven’t spent a lot of time in that part of the US, even the most common of birds can often be a rarity or life-lister for me, so that’s always exciting.

And to close, a couple of our year-round guys watching over the airport on Saturday. 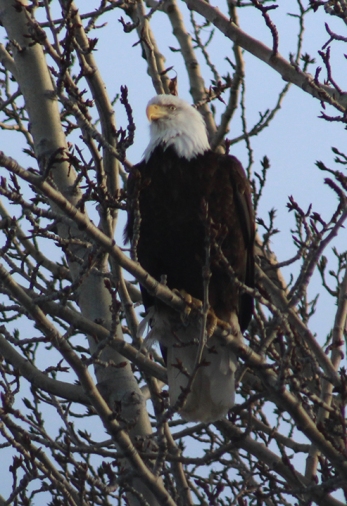 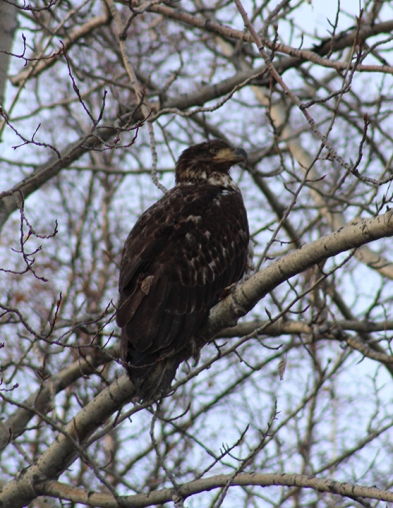