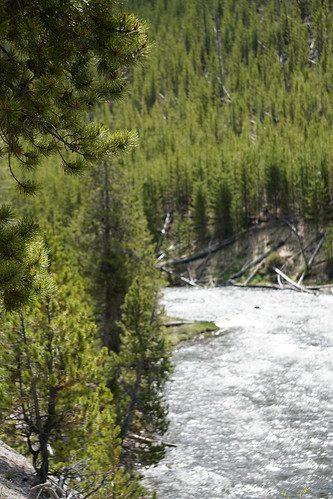 Jenny, Shanna, John, and Bill headed to Yellowstone for tea.  John had the great idea and the super-thermos. It was a great and yummy idea and we picnicked and drank tea above the Gibbon River.  John and Bill picked up a variety of cheese and meats the week before at the Amish store Apple Creek in Willard UT and at Gossner Cheese in Logan UT.  We brought rolls and fresh strawberries.   This is something we’ll definitely do again.  Maybe next time we’ll bring the chocolate fondue.

There were many elk, mostly up by Mammoth though this one was hanging out between road and side-road in the Madison Valley. The mule deer we spotted and were not as willing to pose, the pronghorn were simply too far away. 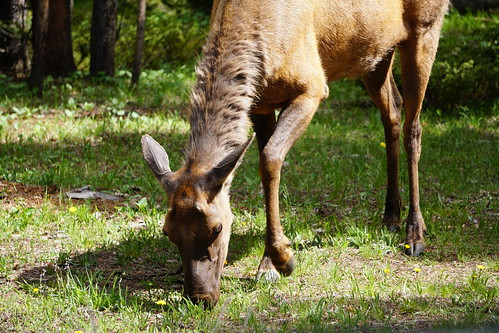 We spotted three coyotes, one along highway 20, one running towards us just south of Sheepeater Cliffs, and this one which crossed the road in front of us and then posed on this knoll in the Lamar Valley. 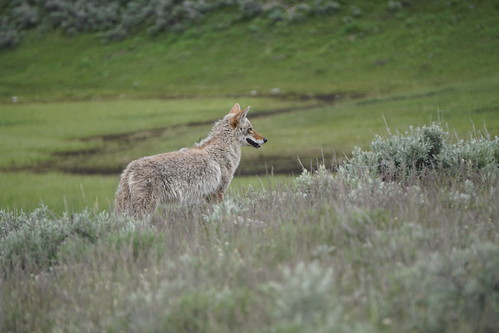 I don’t think I’ve ever seen a red fox as clearly as we did this on in the Lamar Valley area. If we’d managed to spot a wolf we would have hit the trifecta of canines in Yellowstone. 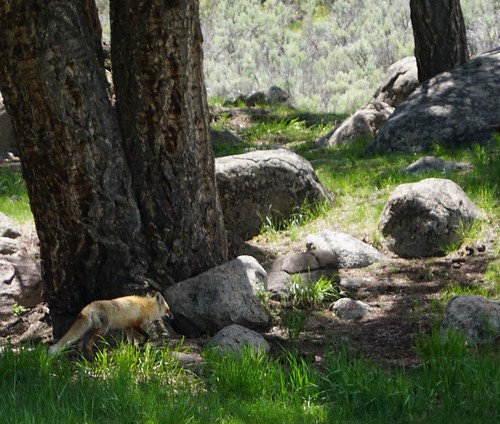 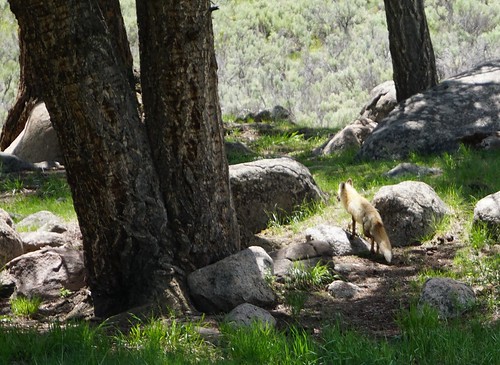 There were oh so many bison. 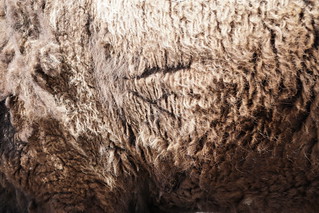 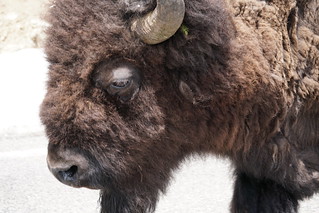 I was quite taken with this blonde one. Clearly it was a hard winter, you can almost see this guy’s ribs. 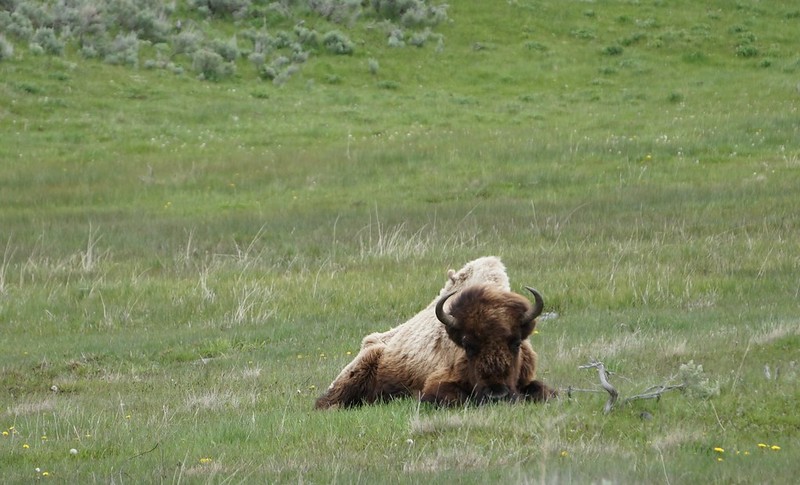 This adorable, frisky golden mantled ground squirrel posed, and frisked, and vogued all around the rocks at the HooDoos. 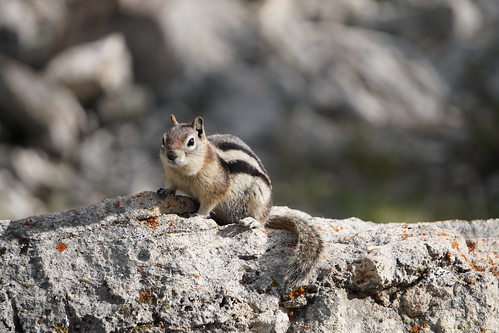 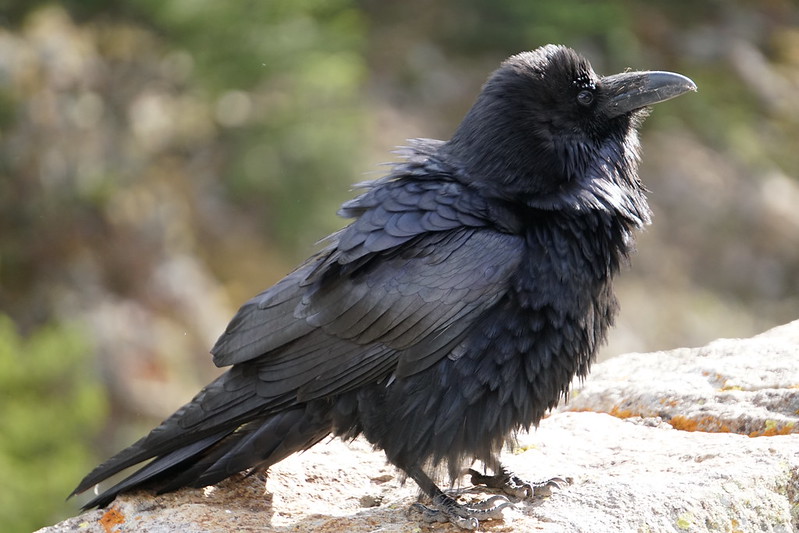 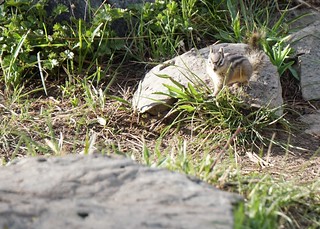 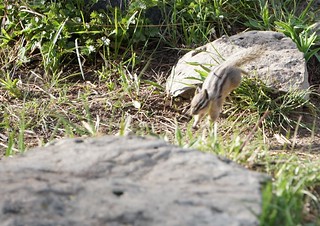 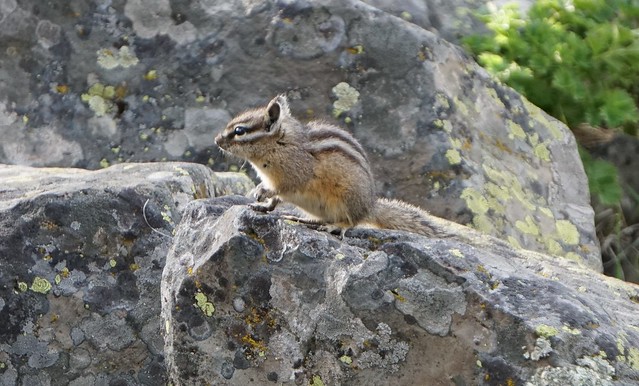 The brave and clever climbing Yellow bellied marmot at Sheepeater. 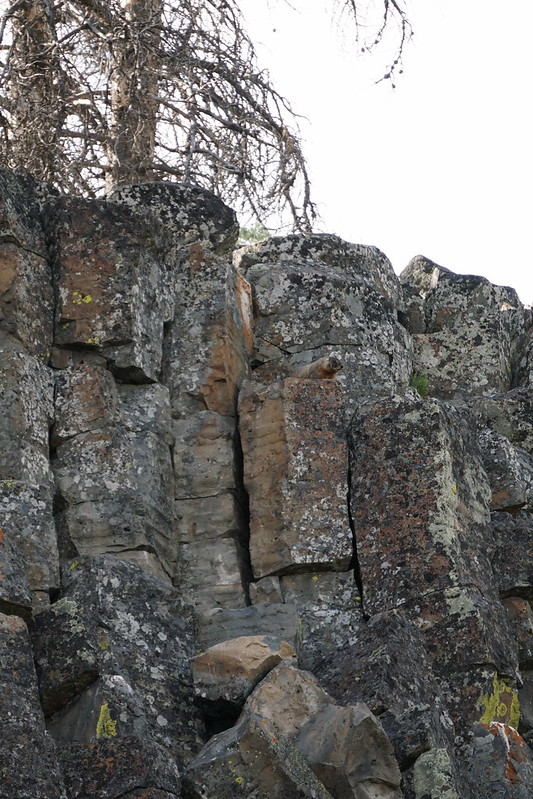 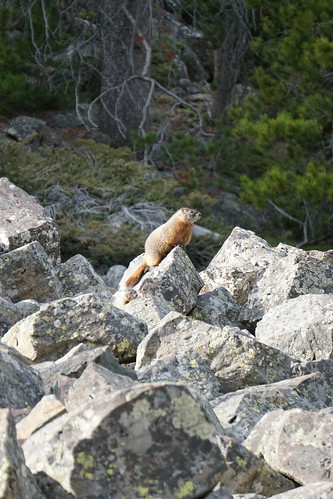 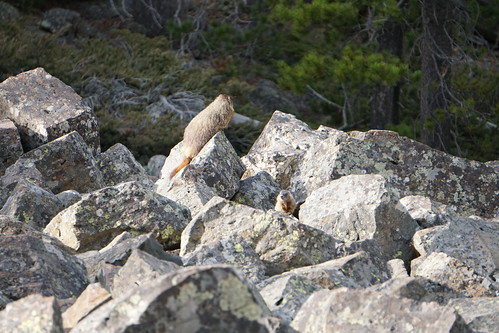 We got to see Grizzly bears! Two grizzly mama’s with two cubs each, and one grizzly so far up a mountain side he was just a speck. These three near the Gibbon River valley eventually crossed the road in front of us. As the driver I felt I should just stay with the car so I probably passed up some spectacular photos. Not to mention it’s just safer. I’m all about the safety. 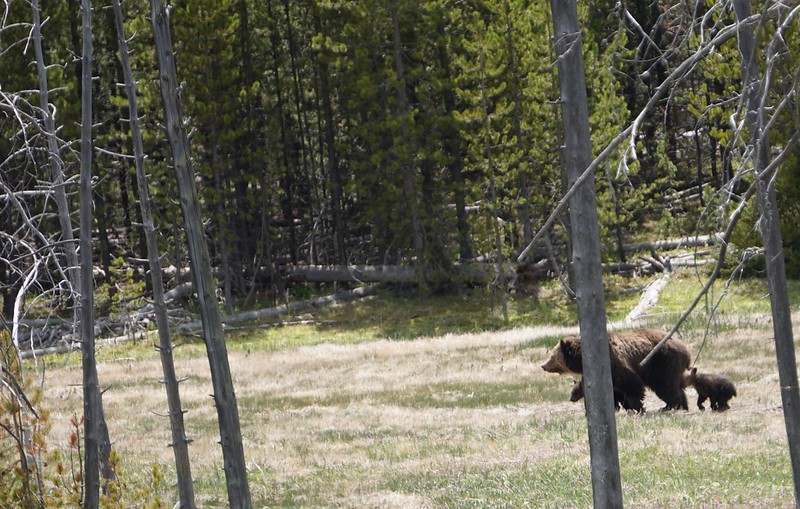 Sunset and Trumpeter swan on Swan Lake, Island Park, ID, this is where we put away the cameras. 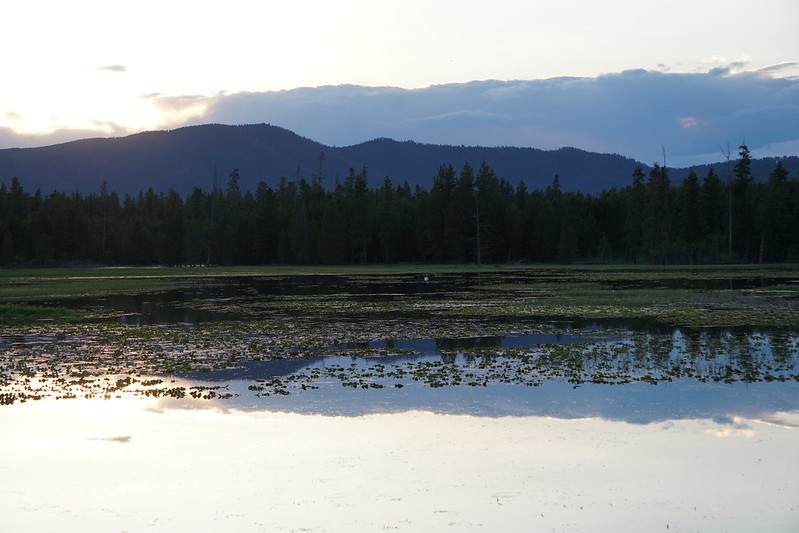