The Wyoming plains are swells and hills with unexpected rivers, lakes, ponds, and plenty of Pronghorn aka Antelope. 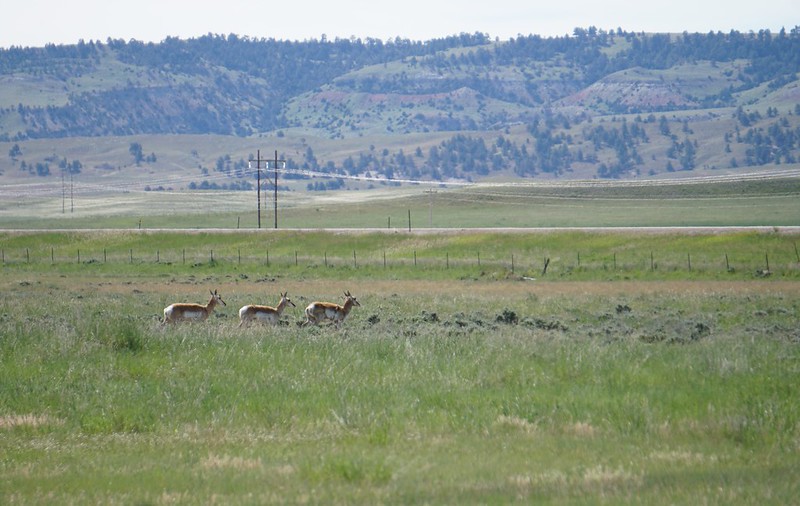 I spotted many on my way to Casper including a pair of frolicking youngsters. I was unable to stop for many reasons many of which include the word traffic. But on the way home I stopped and was able to get onto a dirt road that took me near the herd of mama and baby antelope. It appears that the youngsters all hang together and just follow along as a group. It also seems that the mama’s had lots of twins. 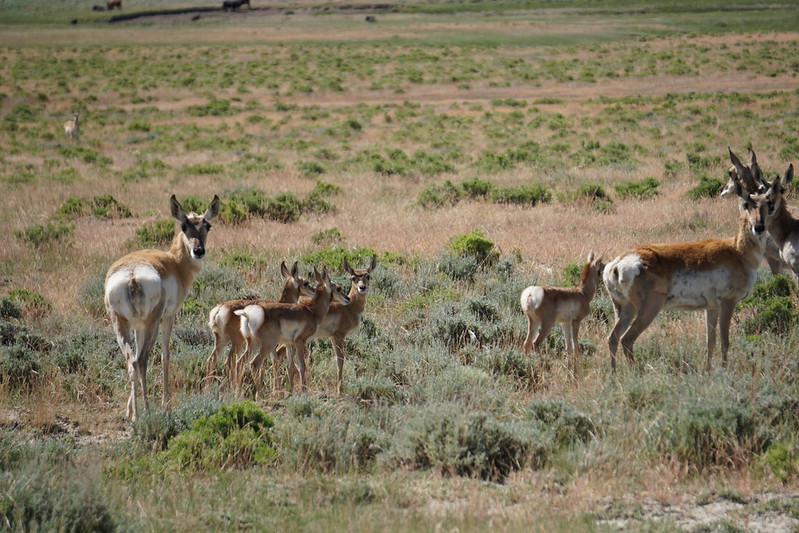 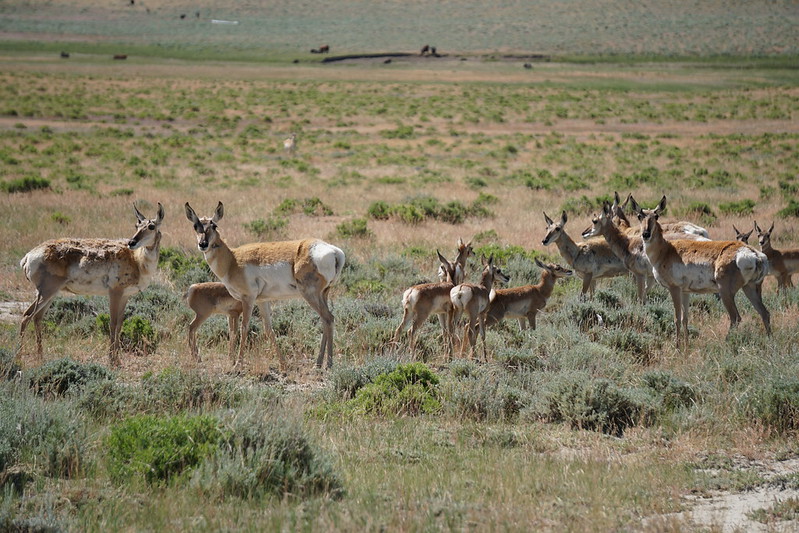 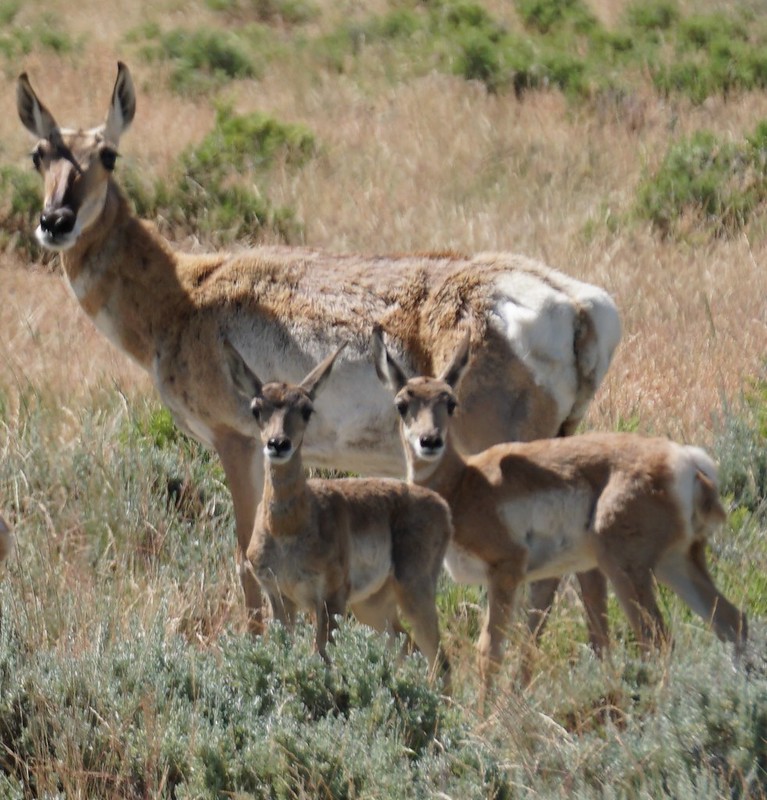 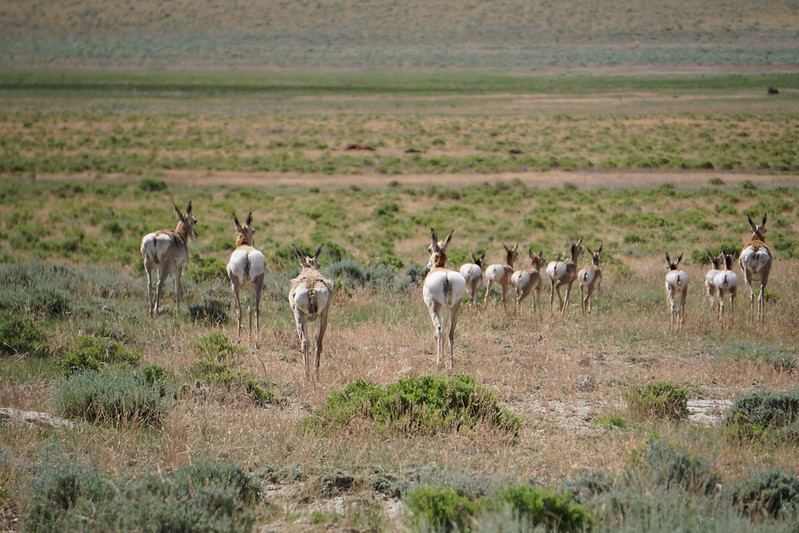 There were times when it was breathtakingly beautiful. 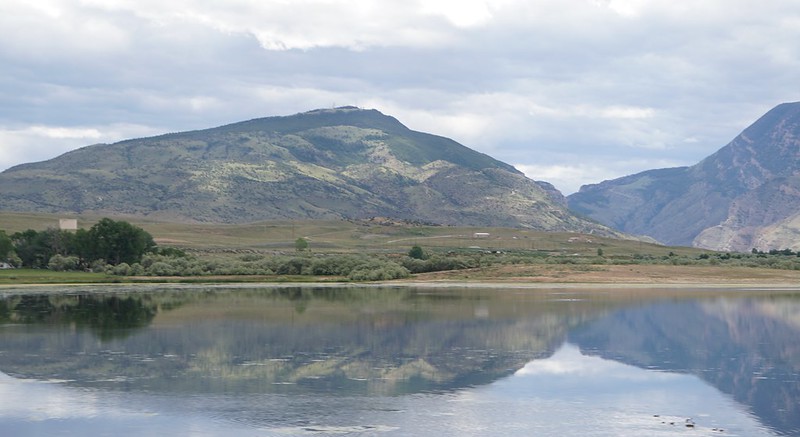 And times when it was less so, perhaps, but I did find it beautiful. 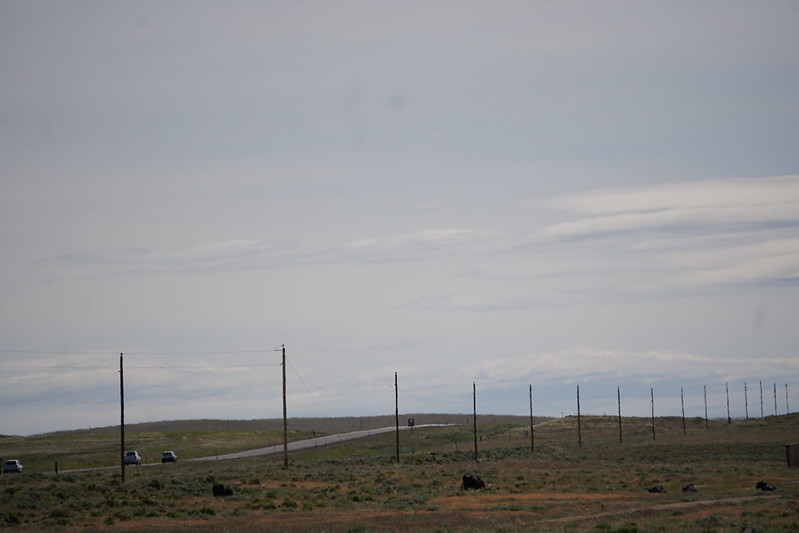 The prairie hid many birds that I could hear when I took my small detours but were hard to spot. Meadowlarks, swallows, sparrows, a few blackbirds, but I also got to see a huge Golden eagle by the side of the road which took off just as I got my camera up. And I finally figured out that the black and white bird that was clearly not a magpie was actually a lark bunting and they were everywhere. 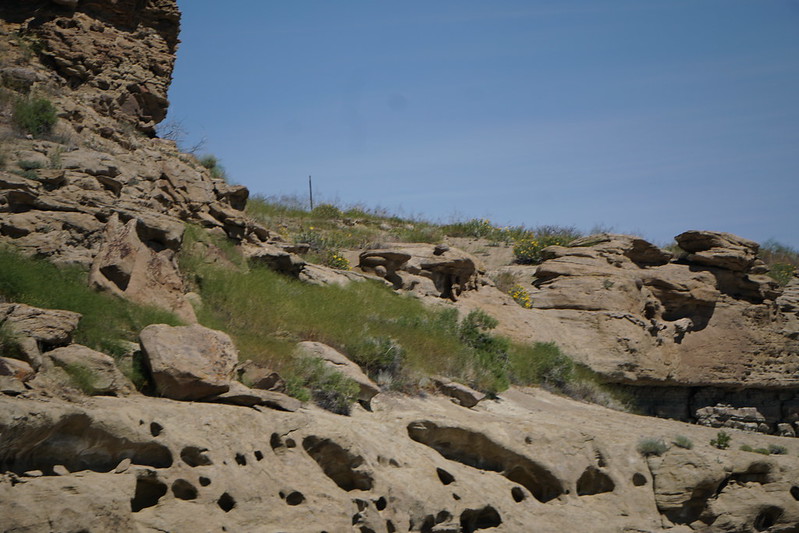 I had thought about driving home via Yellowstone National Park, but it seemed like I’d need to take two days to do that trip justice. So I headed back the way I came. After all, Jackson and the Tetons are GORGEOUS. I had driven about 150 miles in the right direction only to be thwarted by a HIGHWAY CLOSED sign. They had shut down US 26. Not good. 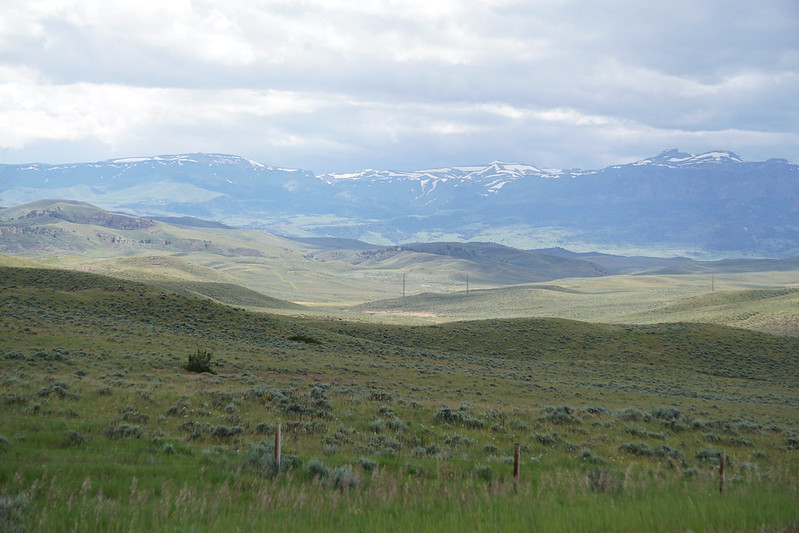 So I pulled over and tried to get my Nav system to help me figure out what to do. *sigh* That’s just ridiculously difficult sometimes. Next I pulled out my phone and thought maybe Google maps would help, again, too tricky when the cell service was wacky. So I opened the hatch and got the U.S. road atlas out of the back of the car and went old school. 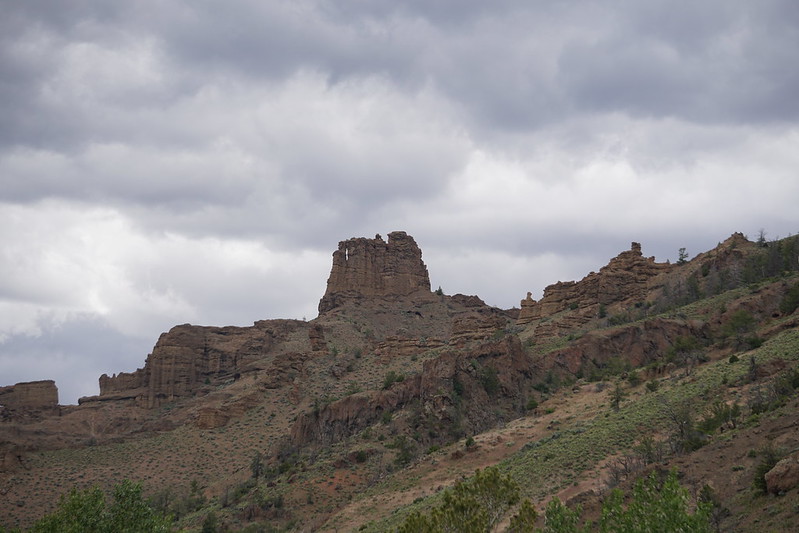 I seemed to have two choices. North through Yellowstone, or South through Kemmerer and Montpelier. The northern one would have more lakes, mountains, wildlife, and trees. The southern one might be faster. I now know that it was about 375 miles from where I stopped to Pocatello via Yellowstone and about 350 miles via Kemmerer. Of course I chose Yellowstone.

I had a long way to go to get there though. 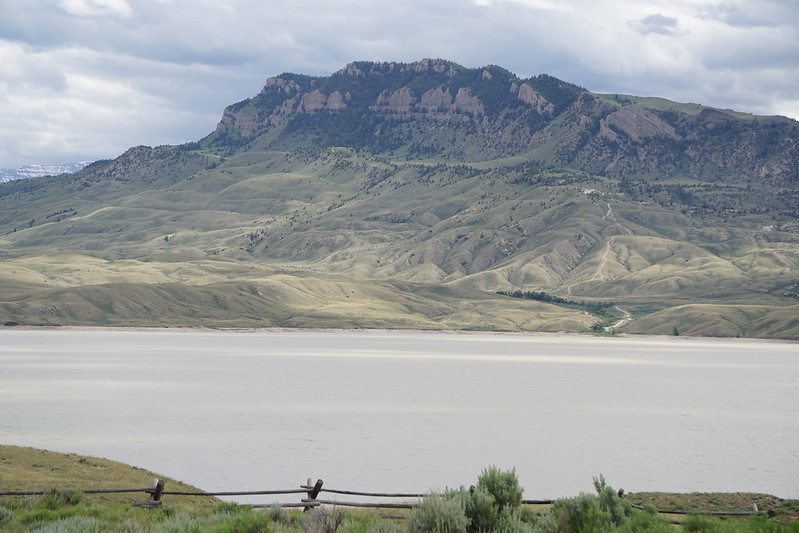 One thought on “Crossing Wyoming – Sunday”