On the way home from my Dallas trip in November I stopped by Antelope Island UT to see what birds might still be around. There weren’t a ton, but …

First off, I spotted two hawks at a distance the smaller harassing the larger. I was surprised when I got home that I was able to capture them in good enough detail to identify. I must admit I was also surprised to get my camera and the big lens up and on target quickly enough to get the photos at all.

You can clearly see red tail wing markings and in the second photo you get a glimpse of the white at the base of the harrier’s tail. 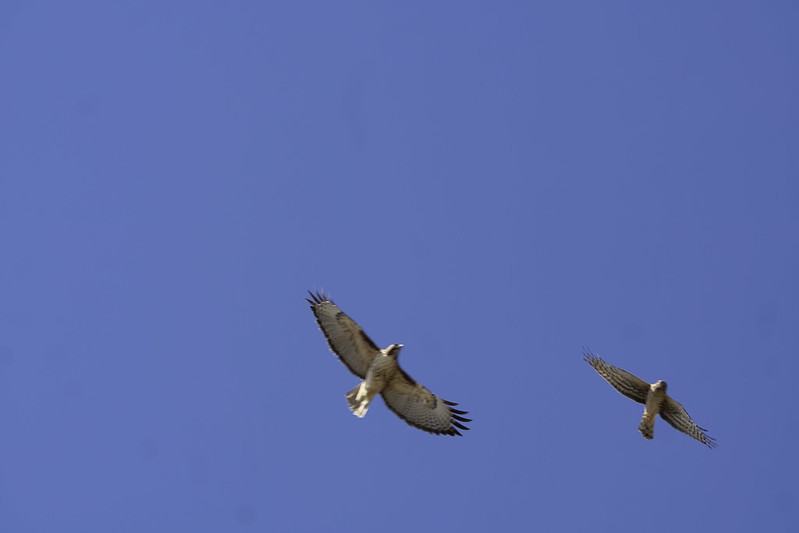 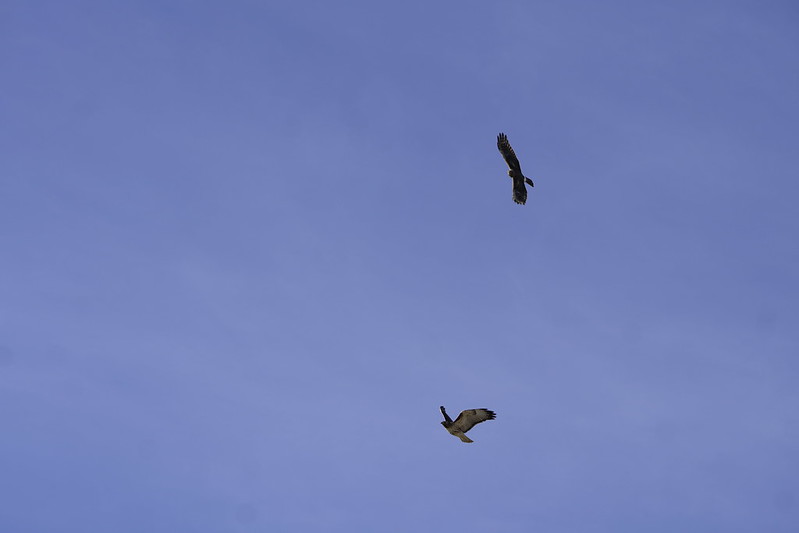 My next challenge was another far off species, though this time I was able to get identification first with my binoculars. 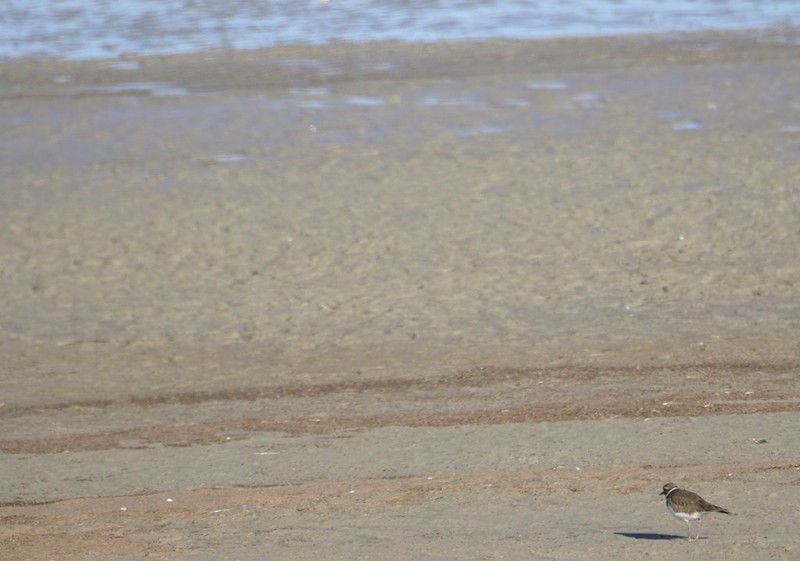 Another photographer had pulled over to capture the waterfowl. I have always been grateful to the birding and photography community for pointing out species. I try to pass this on to others. This was another case of identifying the birds when I got home to my computers where the pictures can be really big and the details visible. Northern shoveler, Eared grebe, and Blue winged teal all in non-breeding plumage 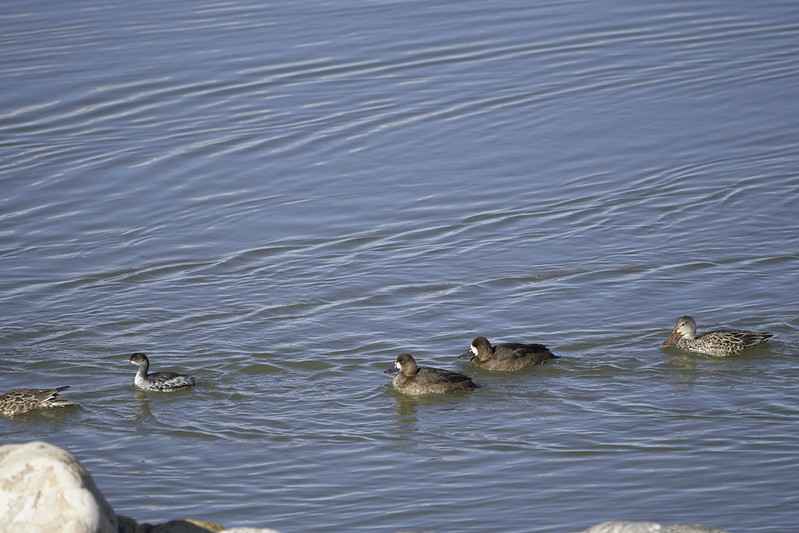 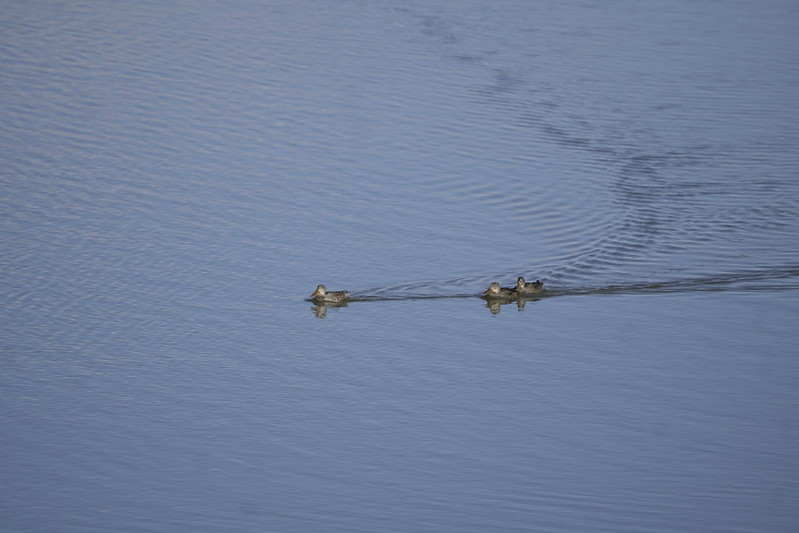 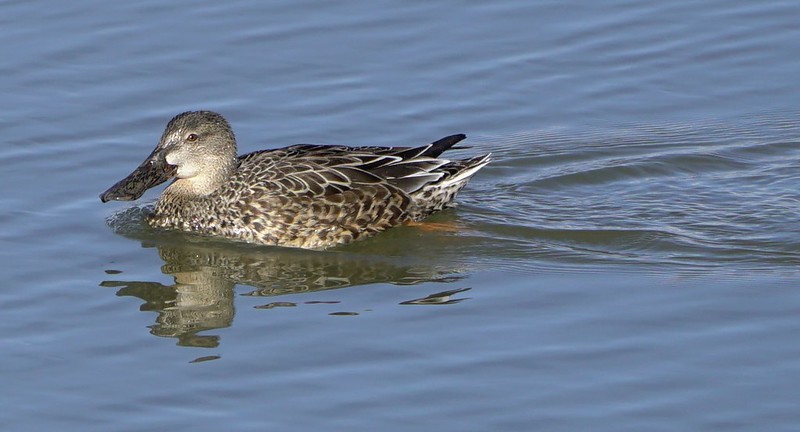 I love owls. I think these are the same ones I found when I was here in the spring and they were just fuzzy chicks. 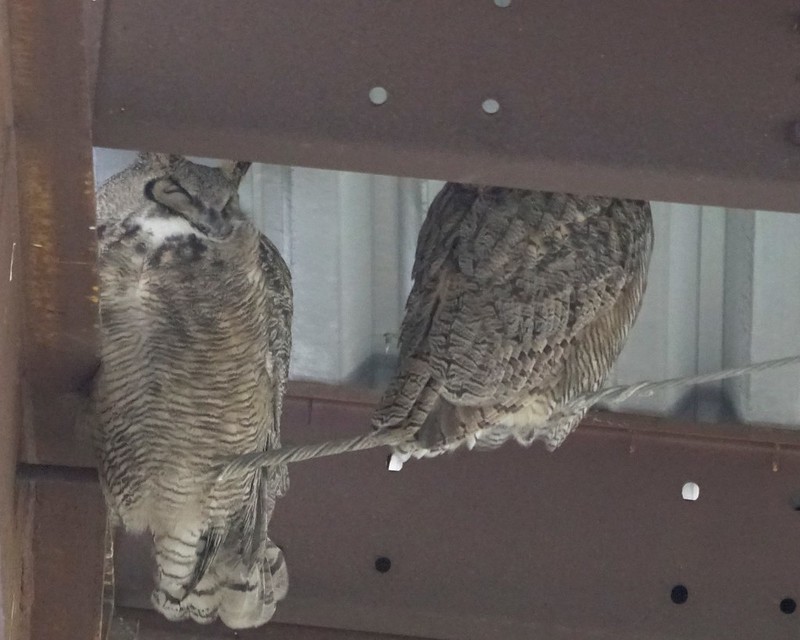 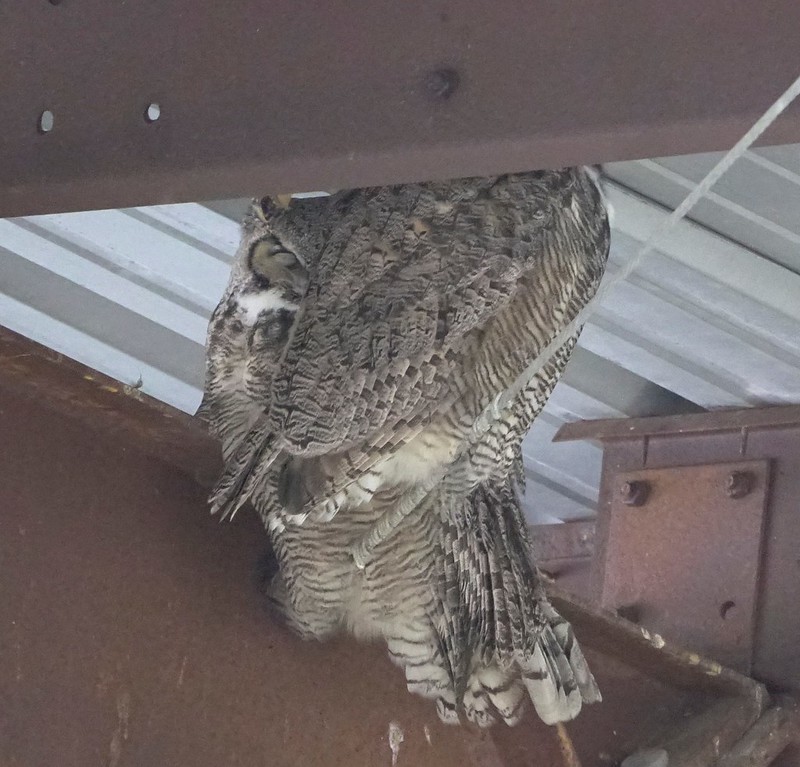 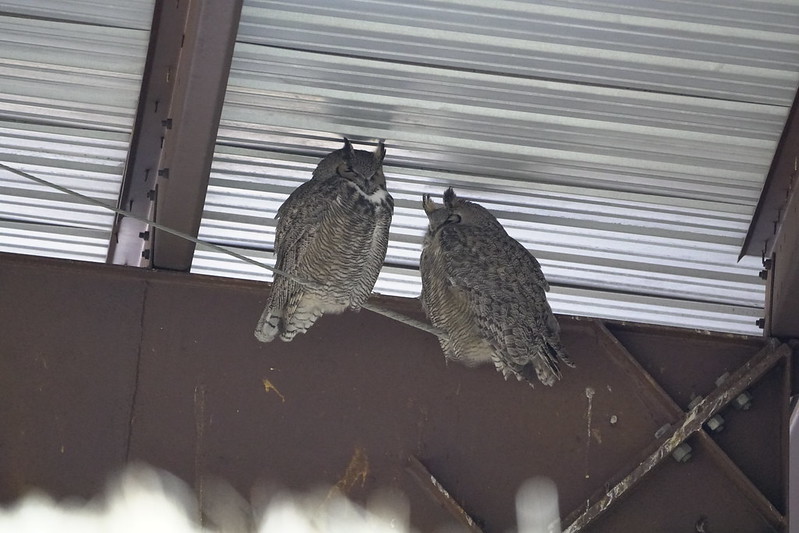 The bison of  Antelope Island are always photogenic. 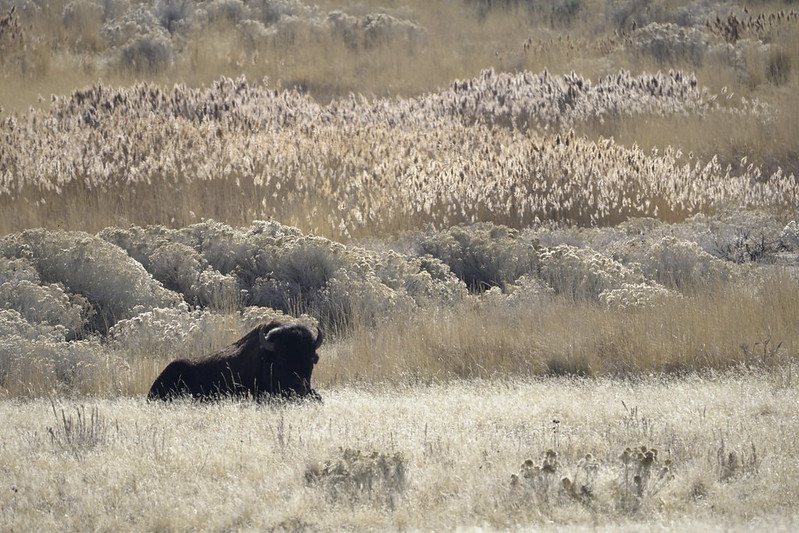 A new bird for my list!!!! There were so few birds on the island that when I spotted this lone sparrow hopping around the sign I had to at least identify him. I was so excited when I finally discovered he was a Gray crowned rosy finch. Wooo HOOOO! 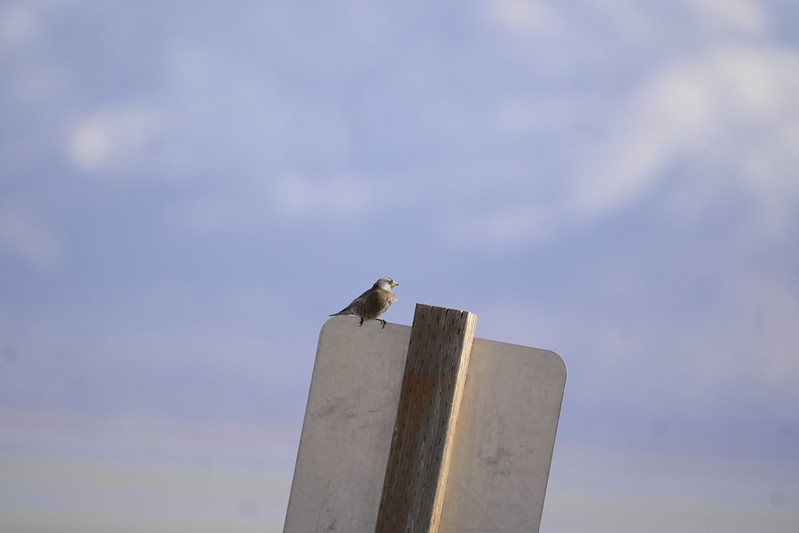 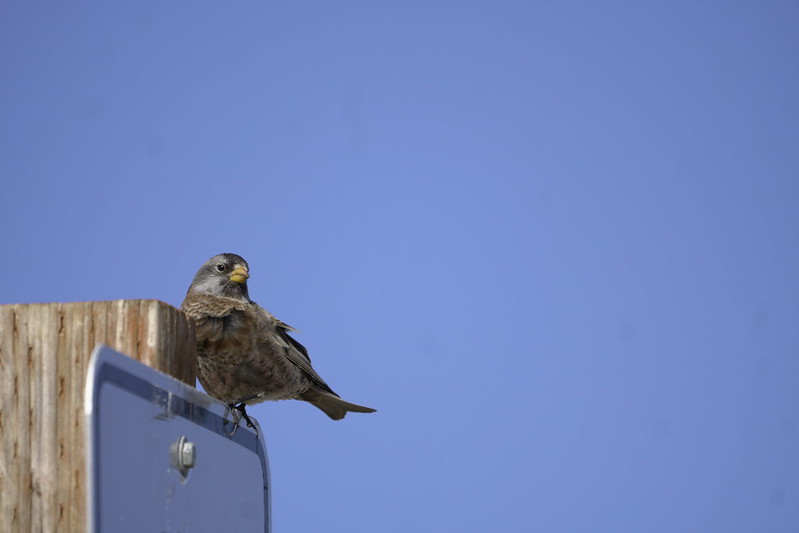 I love horses. I know, that’s a shock, but I really do. And any opportunity to take their picture is good for me.

Someone getting ready for a ride 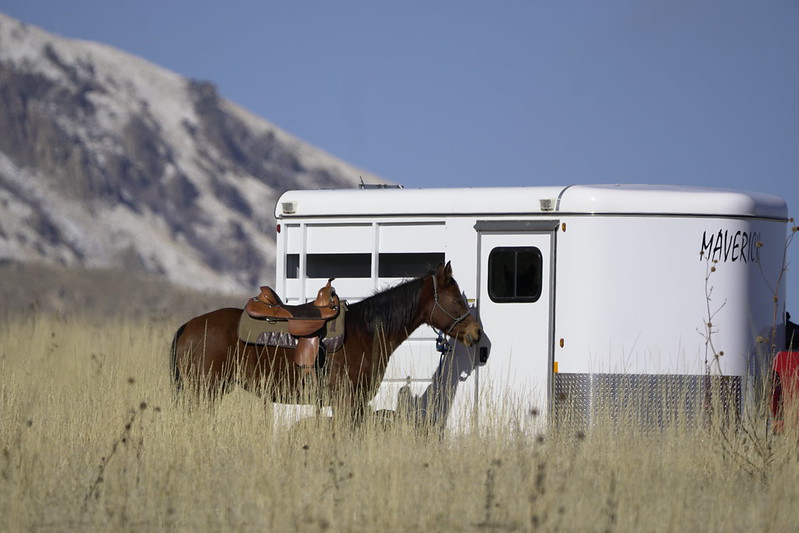 Here was another surprise. Starlings not cowbirds on the bison 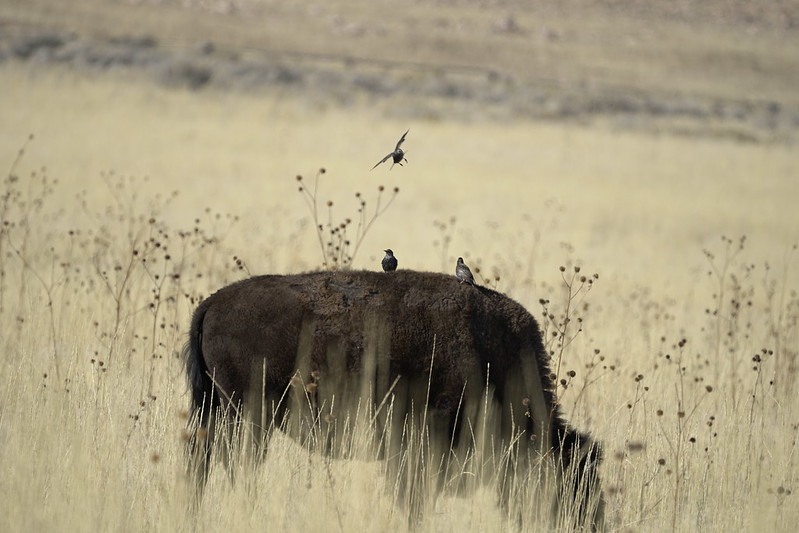 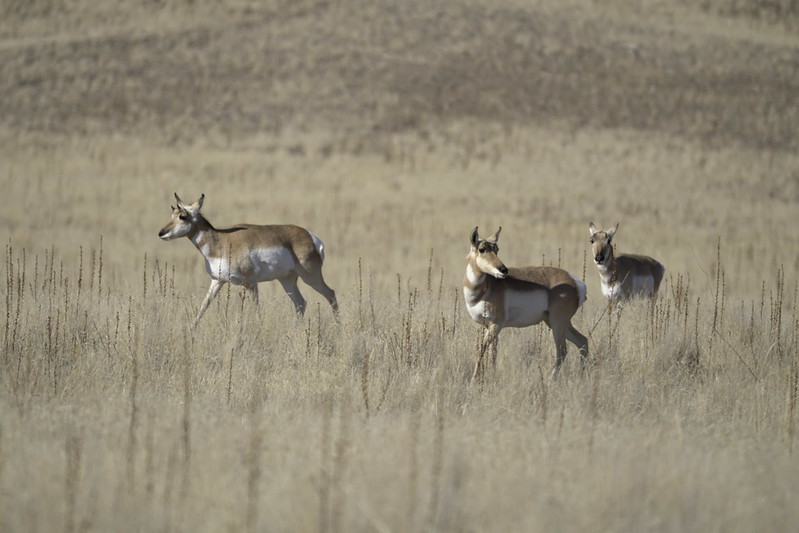 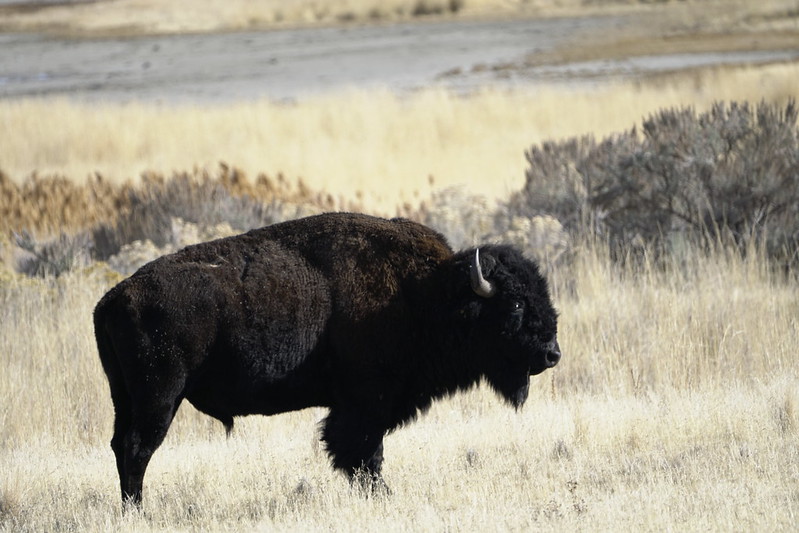 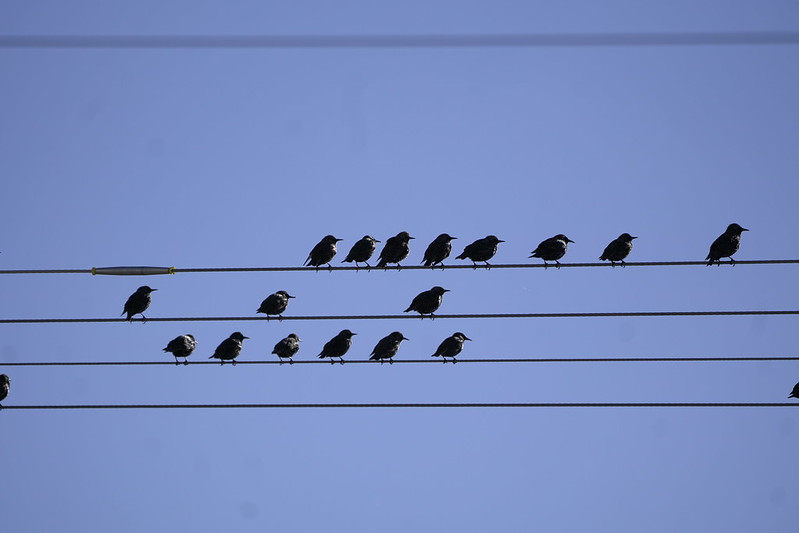 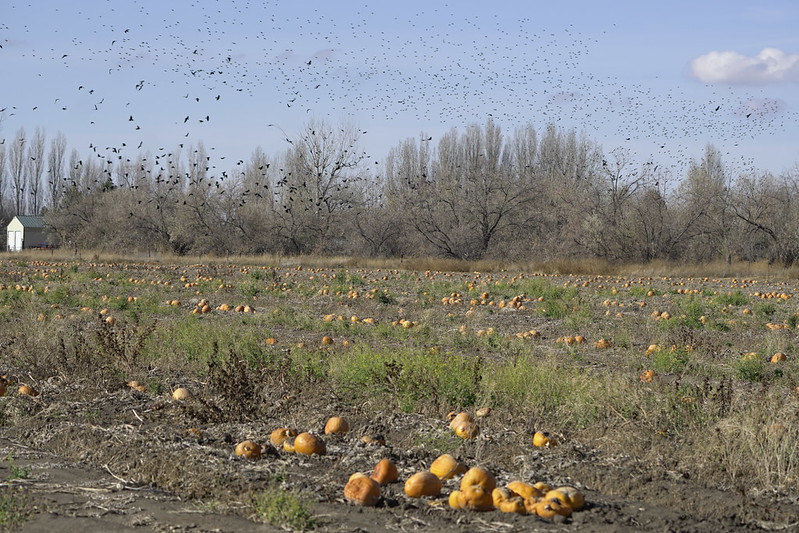