Now this was a tricky morning, we wanted to be out by the wolf den for the sunrise. In May that means earlier than the crack of dawn. I think we were up and moving around 4:30 and out by 5:00 a.m. Well, we got outside and there was mist and fog. Heading out we found fabulous views but no luck on the wolves. The den site was swathed in clouds. Instead of waiting there we drove out towards the north east entrance and Cooke City.

I was unable to get photos, but we saw baby bison racing away and then back to their moms, AND the car got into a contest with a young male bison who was NOT going to let us pass. He headed straight for us, not charging but walking with intent to rule. Just as I thought he really was going to hit the car he veered off. PHEW. 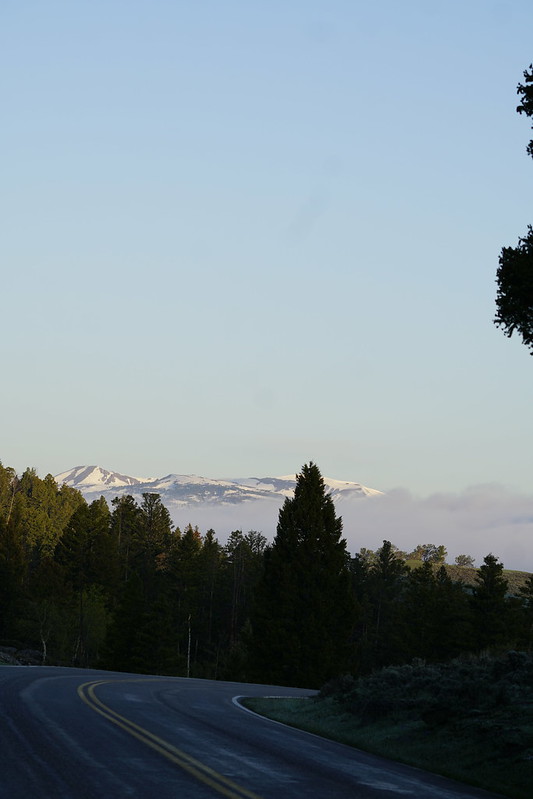 The mountain range here usually hosts mountain goats. Luckily they decided to show up. Fluffy white spots on the mountain looking for all the world like snow patches. You have to use binoculars and/or scopes to really see them. Mountain goats 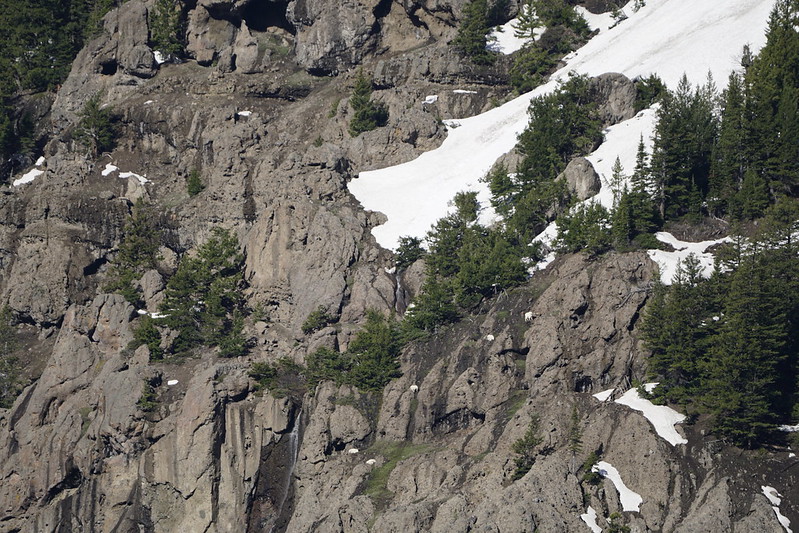 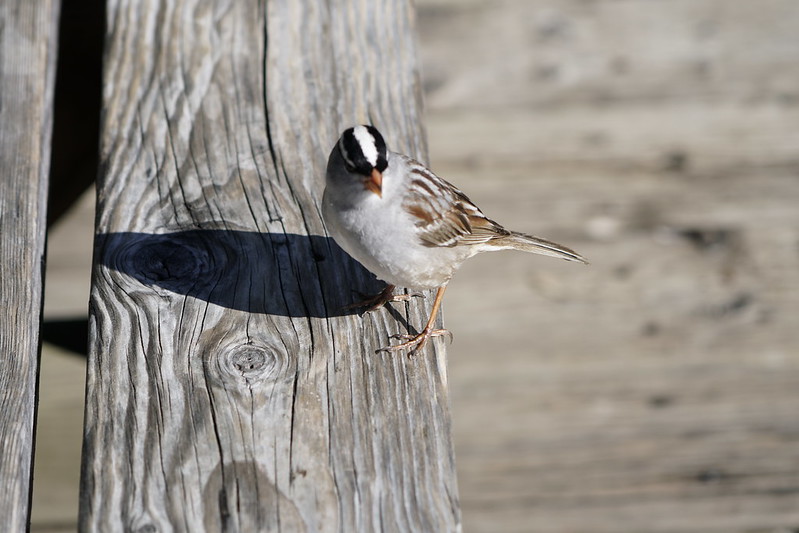 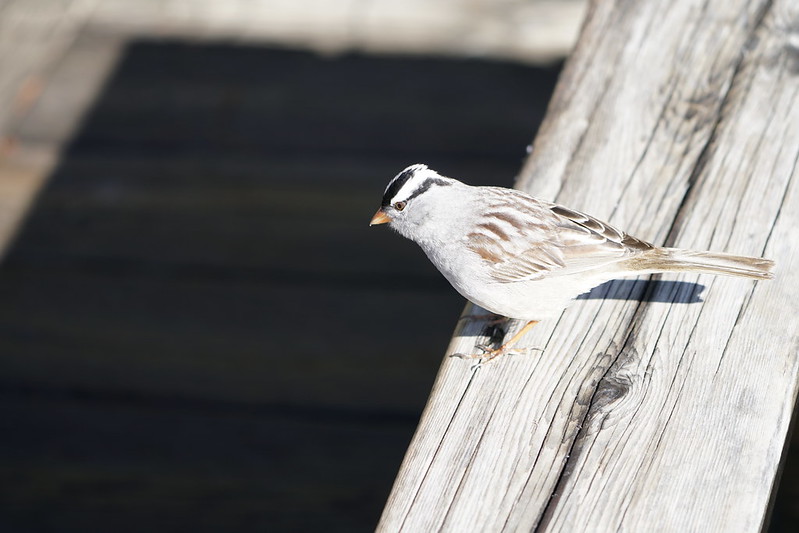 Another lucky thing was that Dunraven Pass which was expected to be closed was open so we drove over the towering or shall I say harrowing mountain pass. I’ve been on this pass before but rarely do I drive from the north to south. I didn’t realize how much scarier it would be when I was the one driving on the edges. This route did take us right up to a grizzly bear though. There was a bear jam and we weren’t expecting to see anything when suddently 10 feet from the car up the hill on the passenger’s side comes this great monster of a bear ambling by. No pictures, but so very, very, very. Considering how few birds we saw in Yellowstone that day we paused and birded at Henry’s Lake in Island Park on the way home. Adding that to birding all the way home we did see more species on this day than any other. 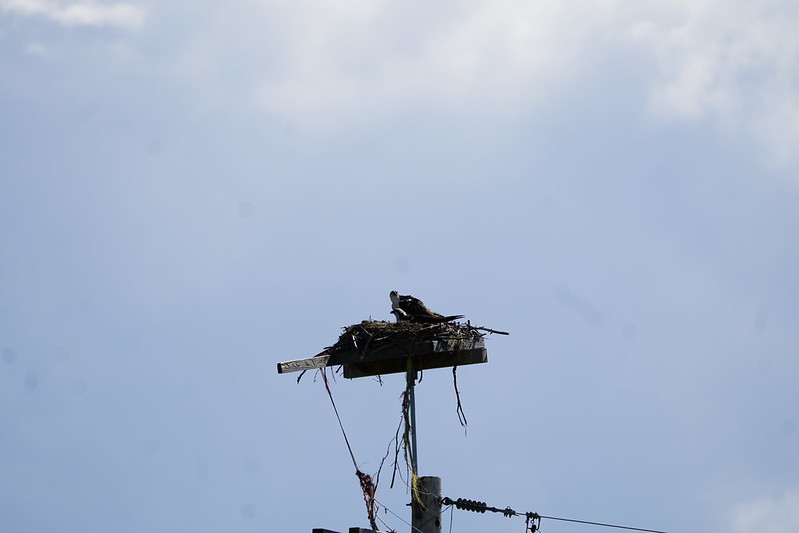 View of the Tetons on the way home 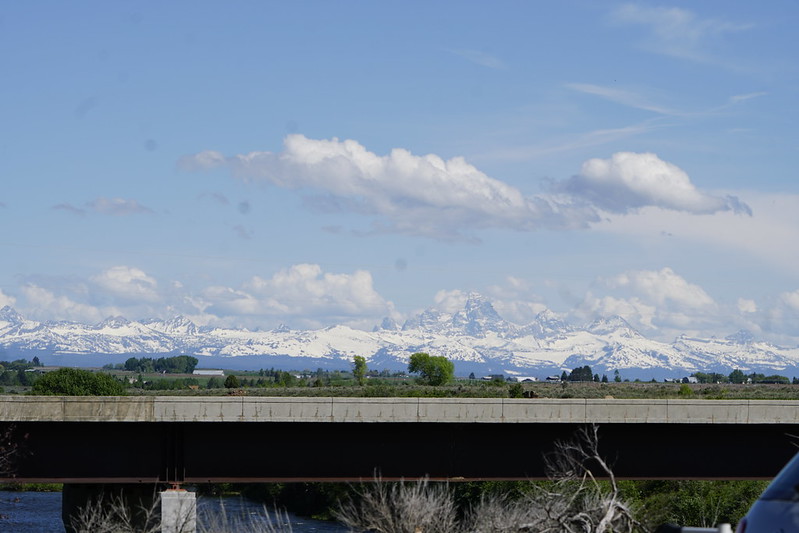 Gregory, happy to be home 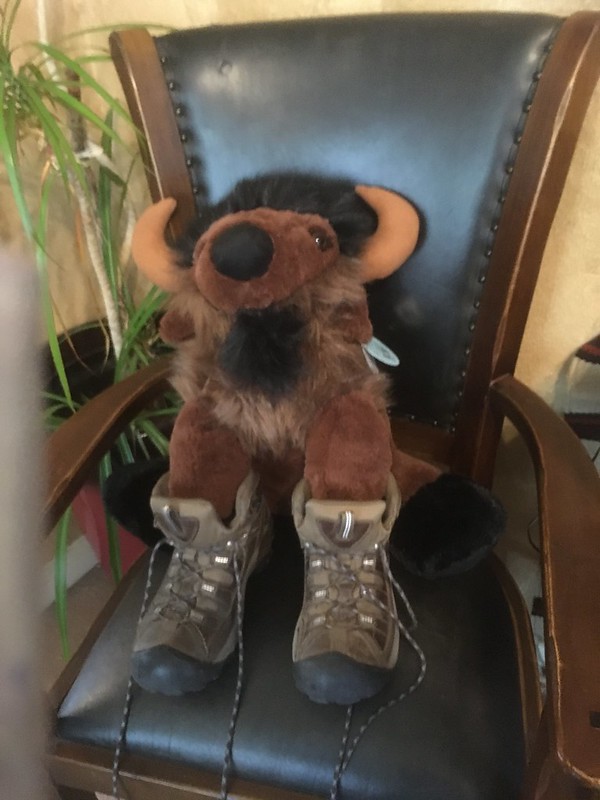 Lastly, it was a wet winter and a very wet spring, there was water running everywhere.  I’ve never seen so much water in Yellowstone. – Jenny

One thought on “Yellowstone with Melinda & Shanna pt 3”