It was a glorious day to go bird watching and we spent hours and saw many, many birds. First we went to my favorite Bear River Migratory Bird Refuge: 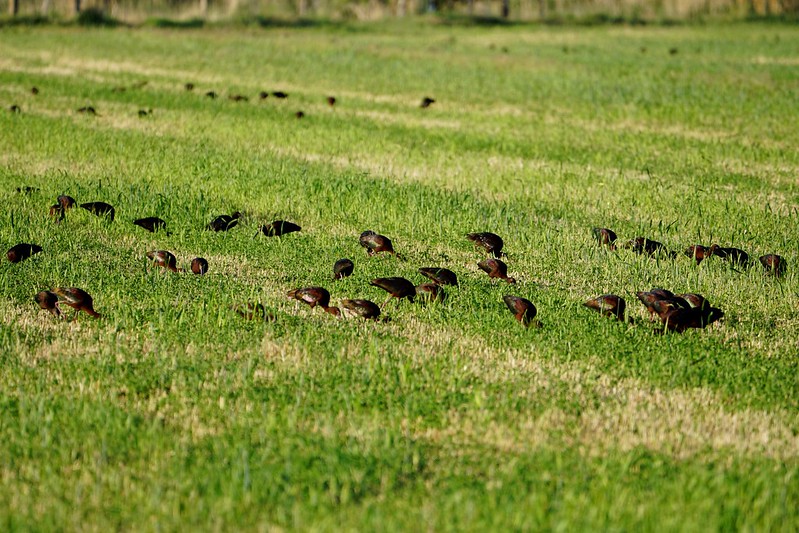 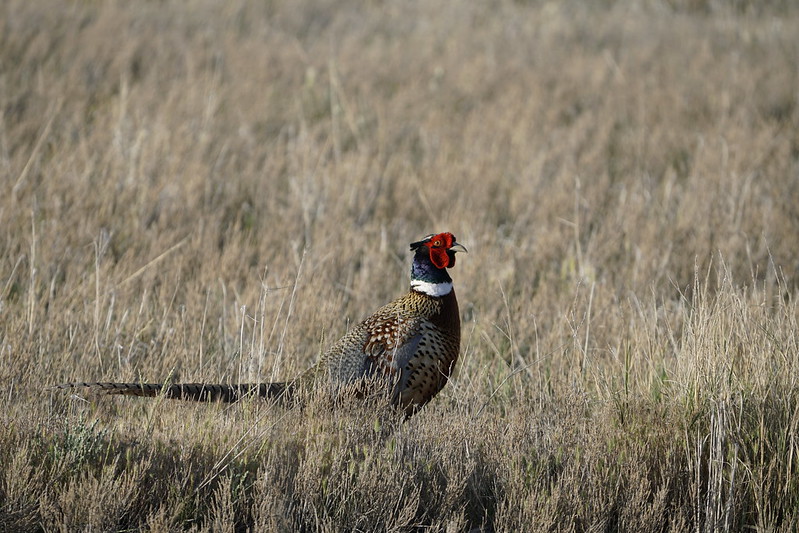 The Bear River Refuge was drawing down the water in its ponds in order to fight the invasive phragmites. This meant there were overall fewer birds, and many were concentrated in the one large open pond. 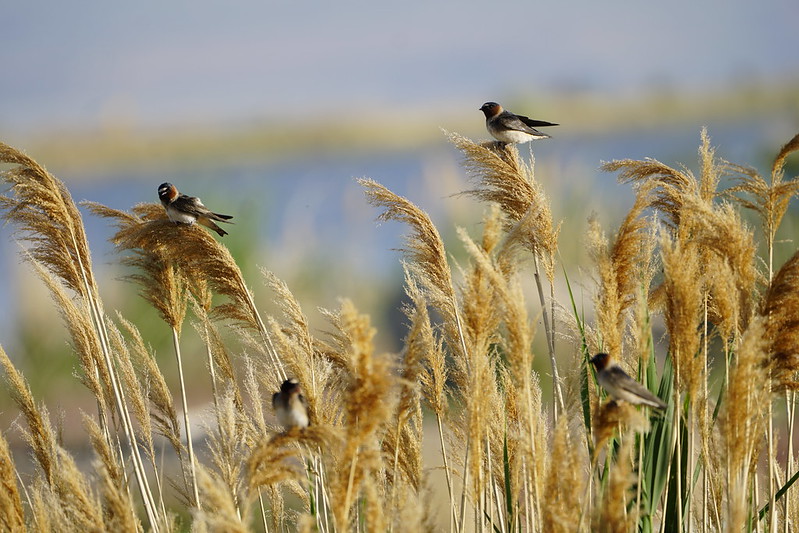 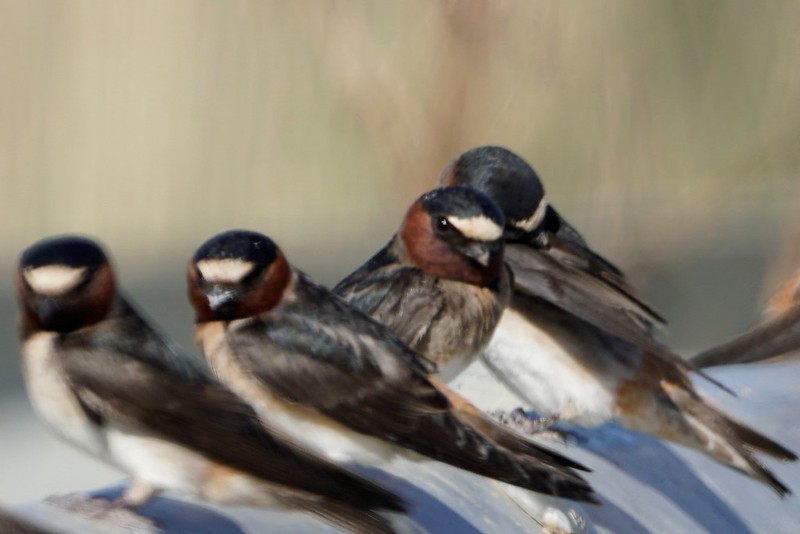 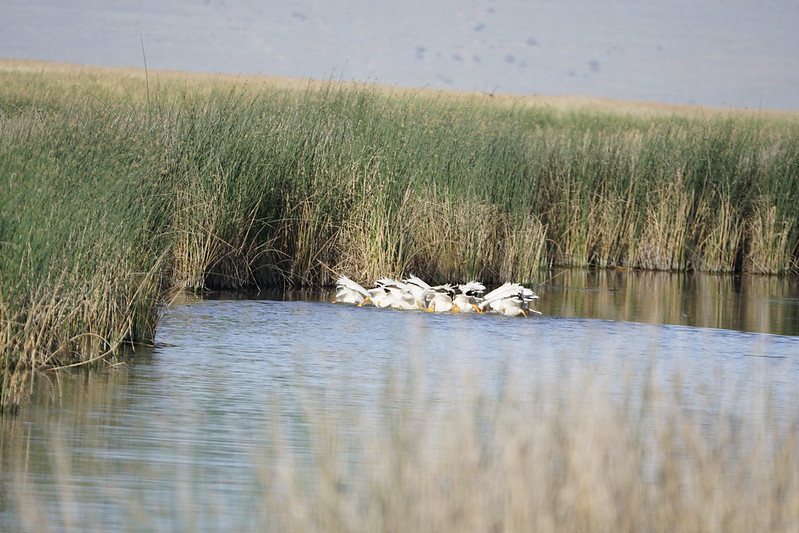 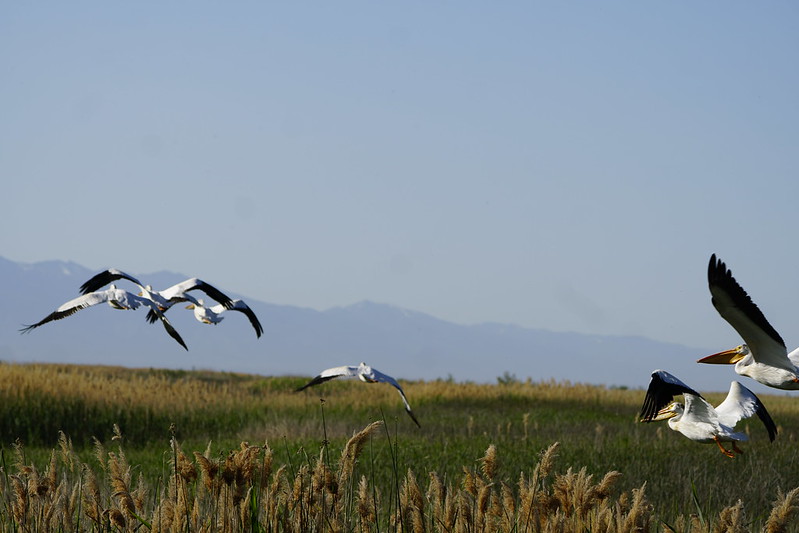 We were driving slowly around the refuge and I paused when we heard the sound of a Sandhill crane. I’m so glad I stopped when I did because this crane just stepped out from the reeds into the road. 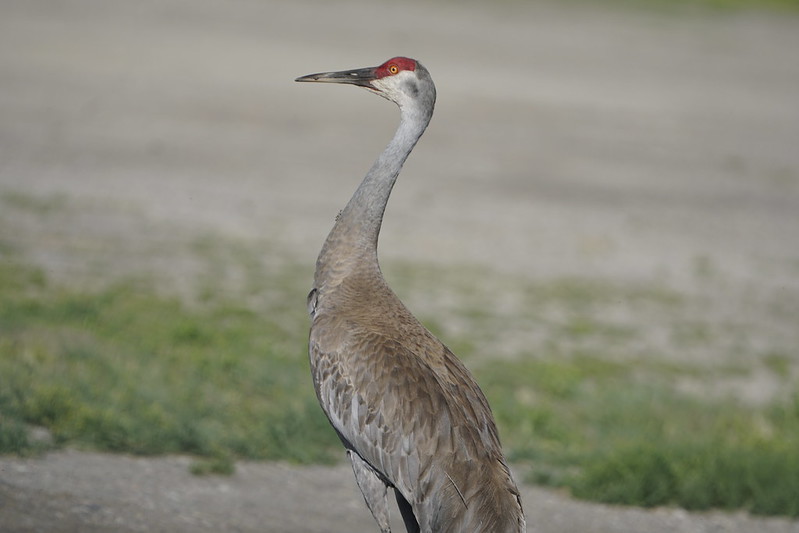 She was calling and calling 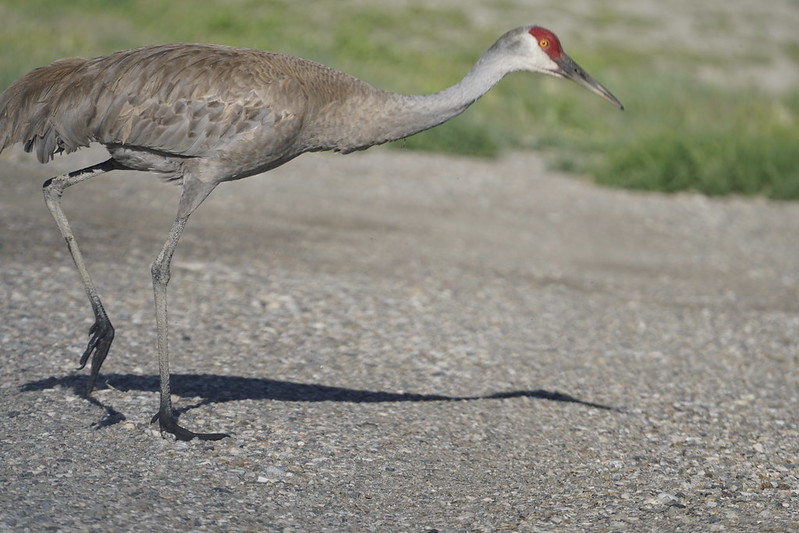 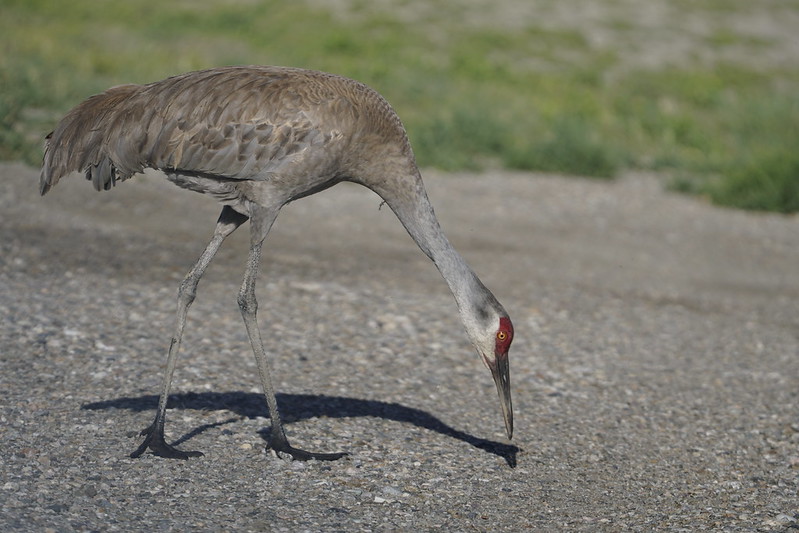 Just when we were ready to move on, there comes the cry of another crane. My deduction from the behaviors is that this was a mated pair and they were looking for their young. It was all too stately, solemn and if I’m right, sad. 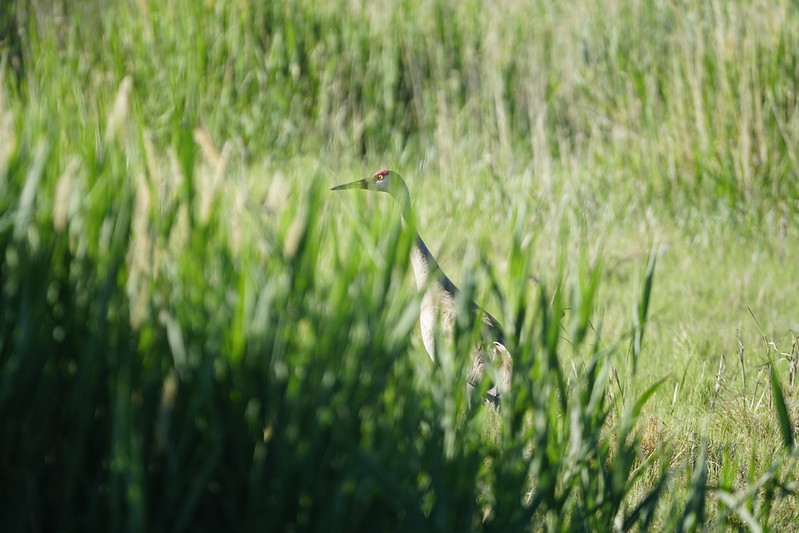 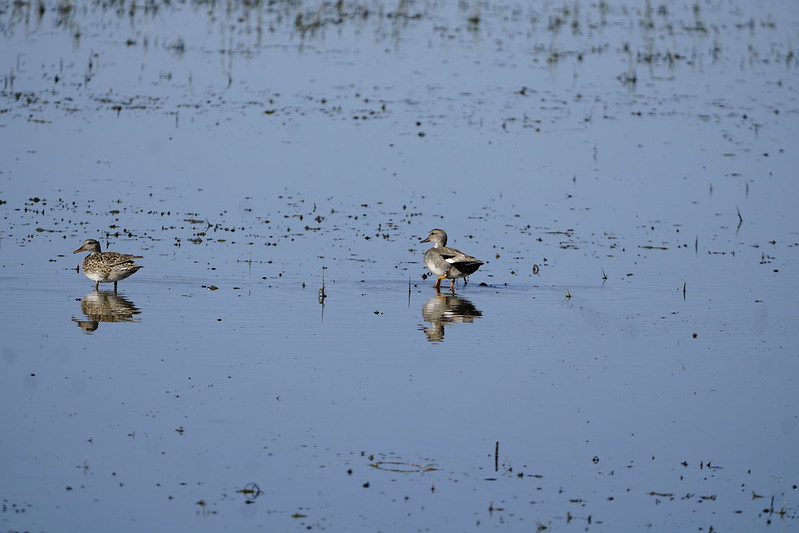 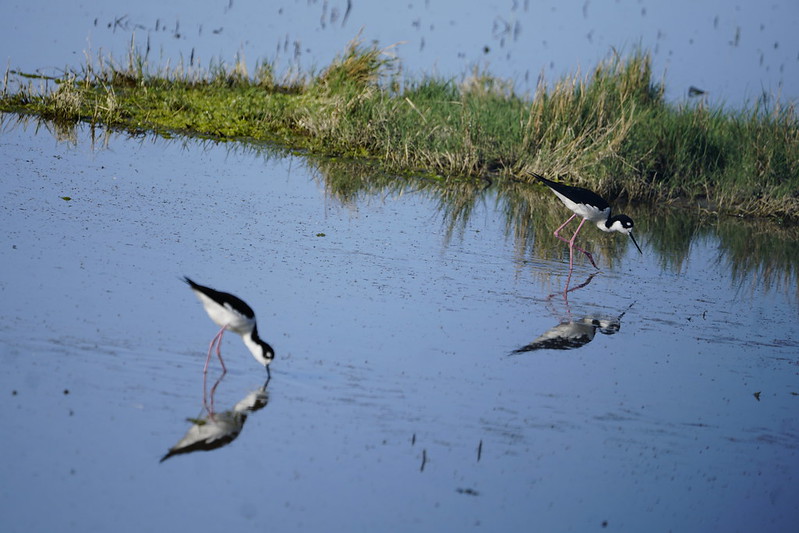 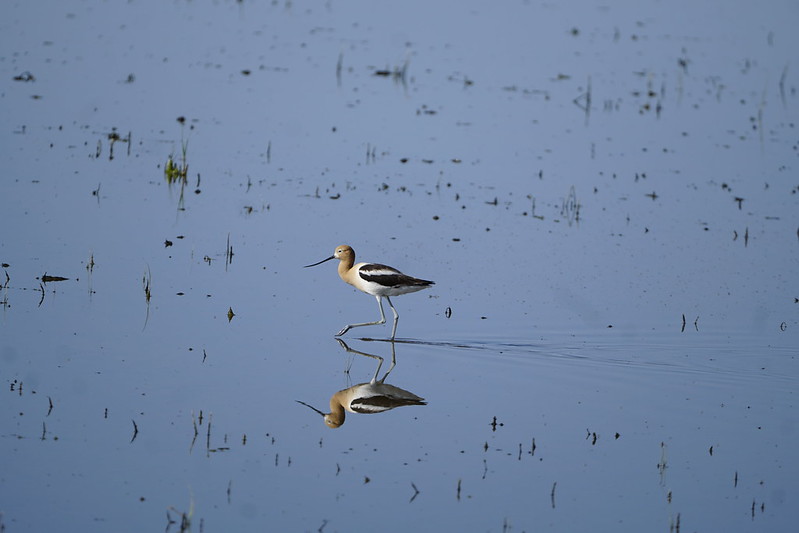 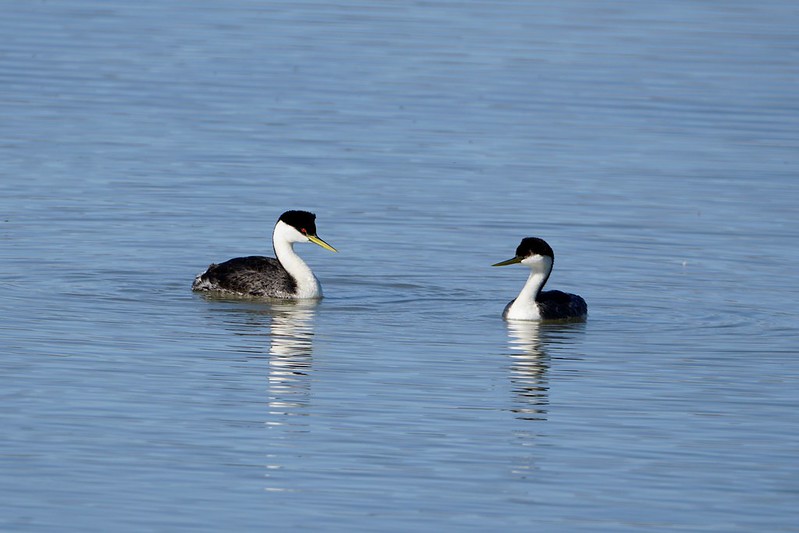 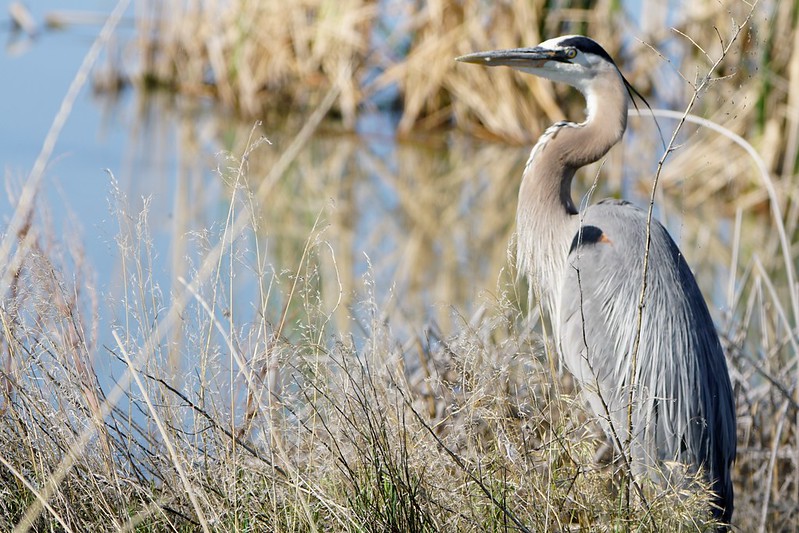 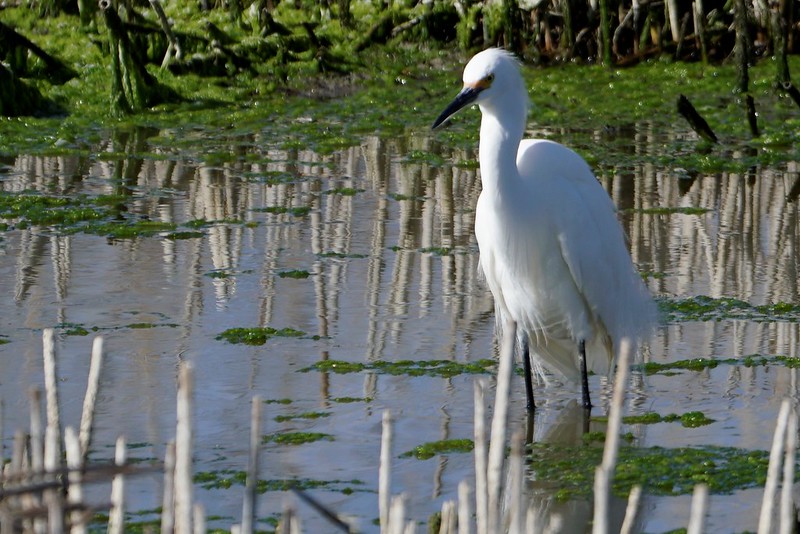 The California quails were particularly entertaining as they were chasing and eating cottonwood fluff/seeds.

The Burrowing owls stole the show, they seemed to be everywhere if you knew what to look for. 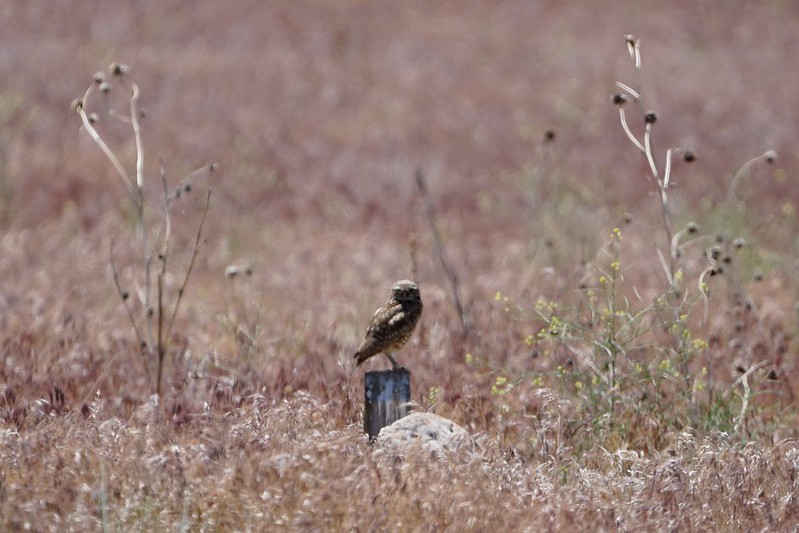 Lastly we drove to our hotel just outside of Spanish Fork. It was a very long day of driving and birding and on the way to the hotel there were, of course a few more species. 1 Mourning doves, 2 House sparrows, 3 California gulls and 4 Common grackles

Grand total of 57 bird species! Oh and a long tailed weasel at the Refuge.