The movement of the wind in the reeds is quite hypnotic.  This is a movie, click on the image to get to the Flickr site to play it. 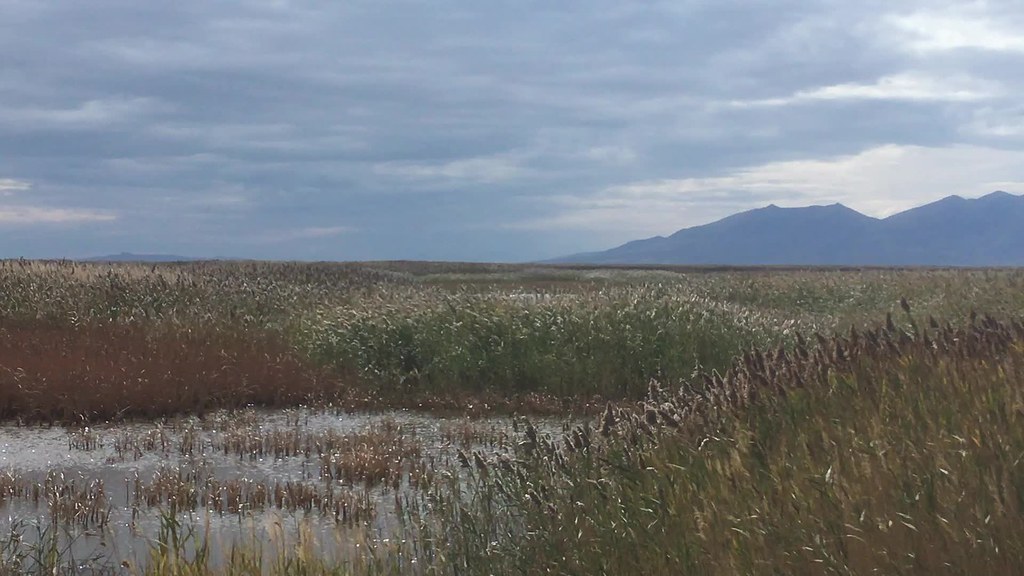 Smiling Pied billed grebe. I think he really looks like he’s got a secret. 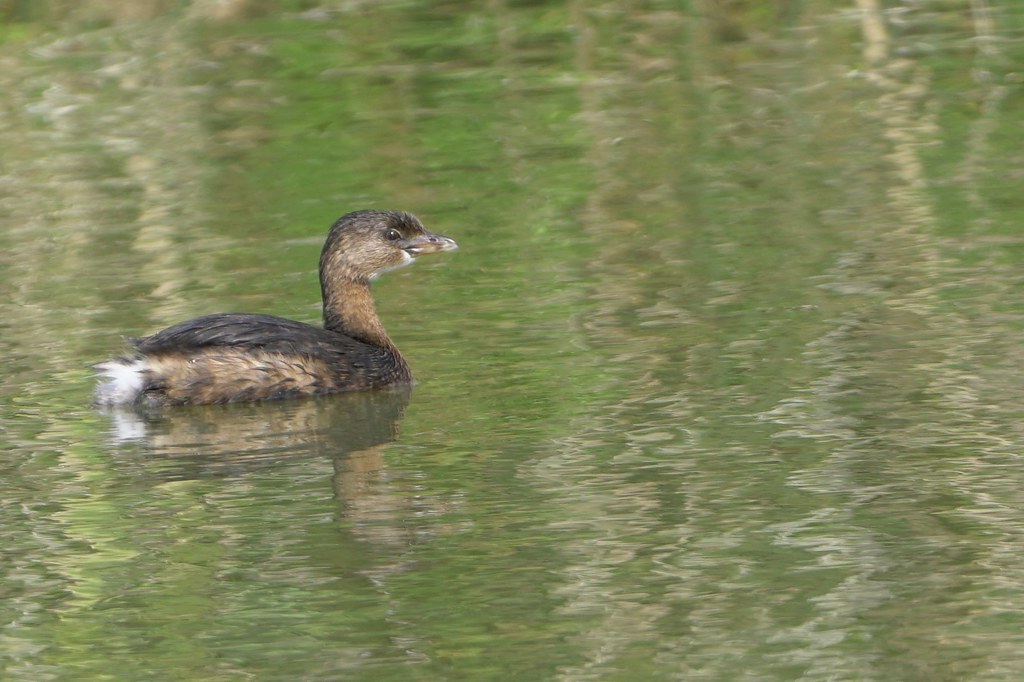 They have done a controlled burn in parts of the refuge, more effort in trying to kill/reduce the invasive phragmites. The black added an interesting contrast to many of these photos. 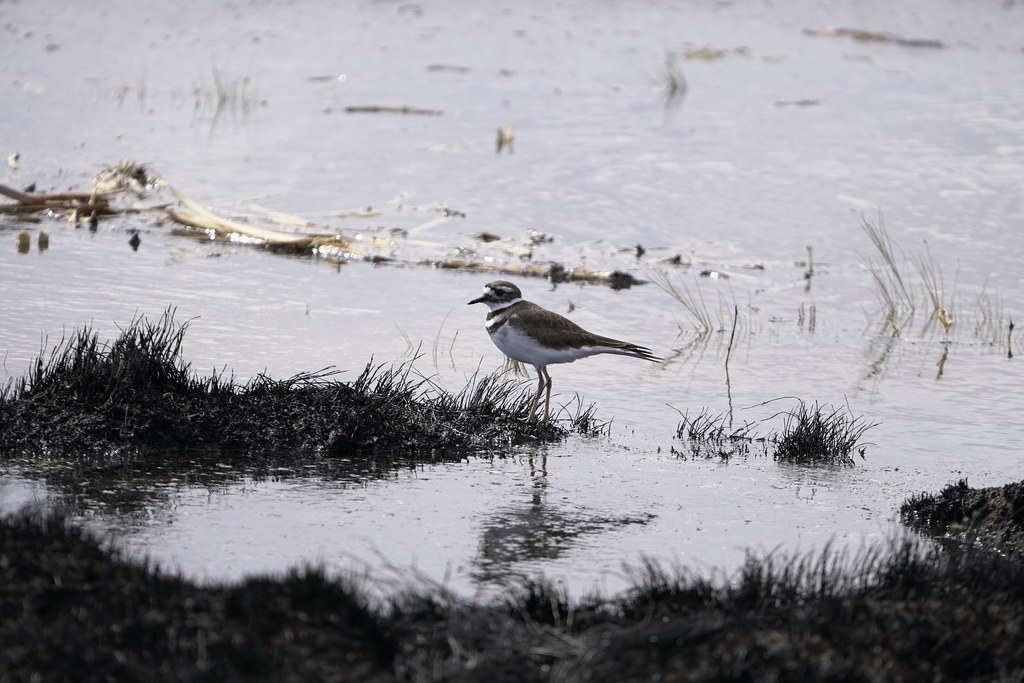 Great blue heron, this bird was PATIENT. I spent 15 minutes here waiting for him to take off. He outlasted me. Of course he was on the passenger side of the car so I was having to twist in my seat and hold the heavy lens level. Better luck to me next time… 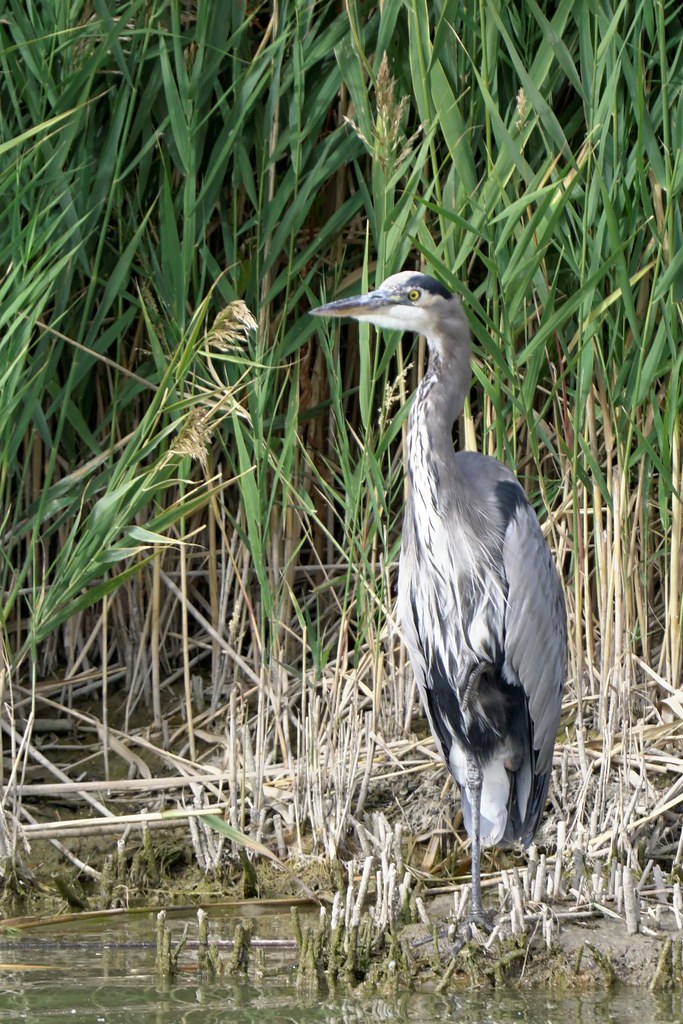 I may hate phragmites for its inexorable invasiveness, but it is pretty. 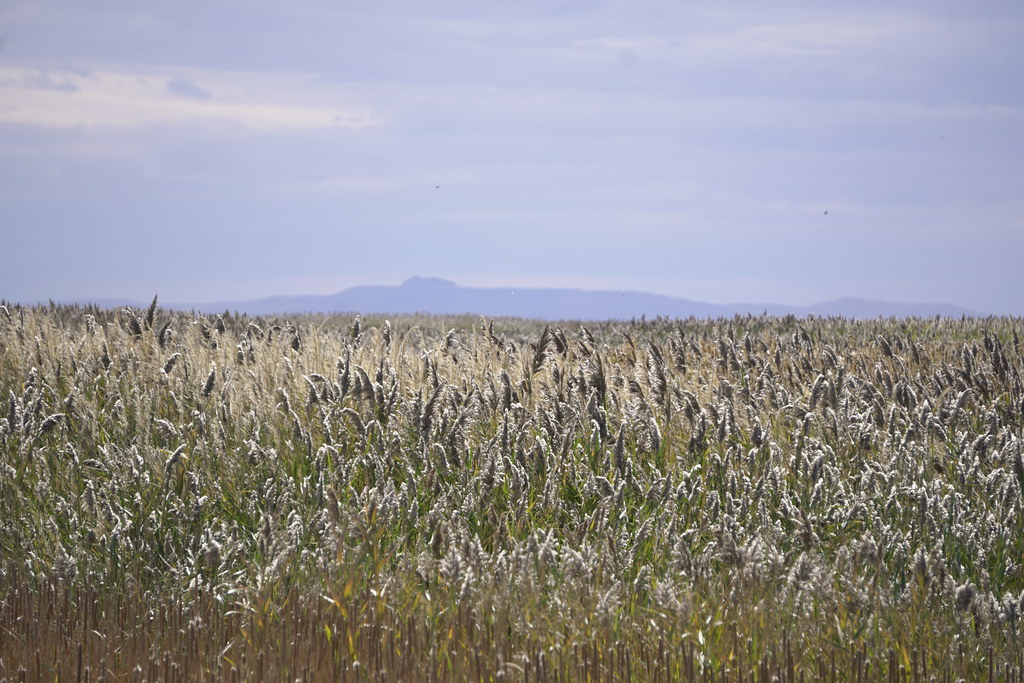 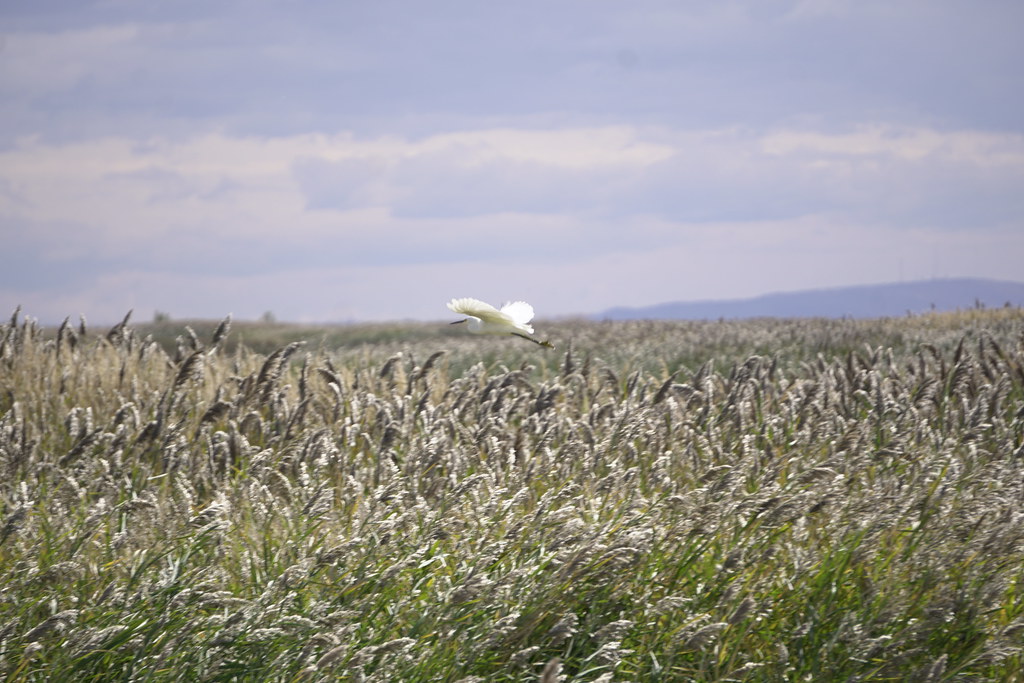 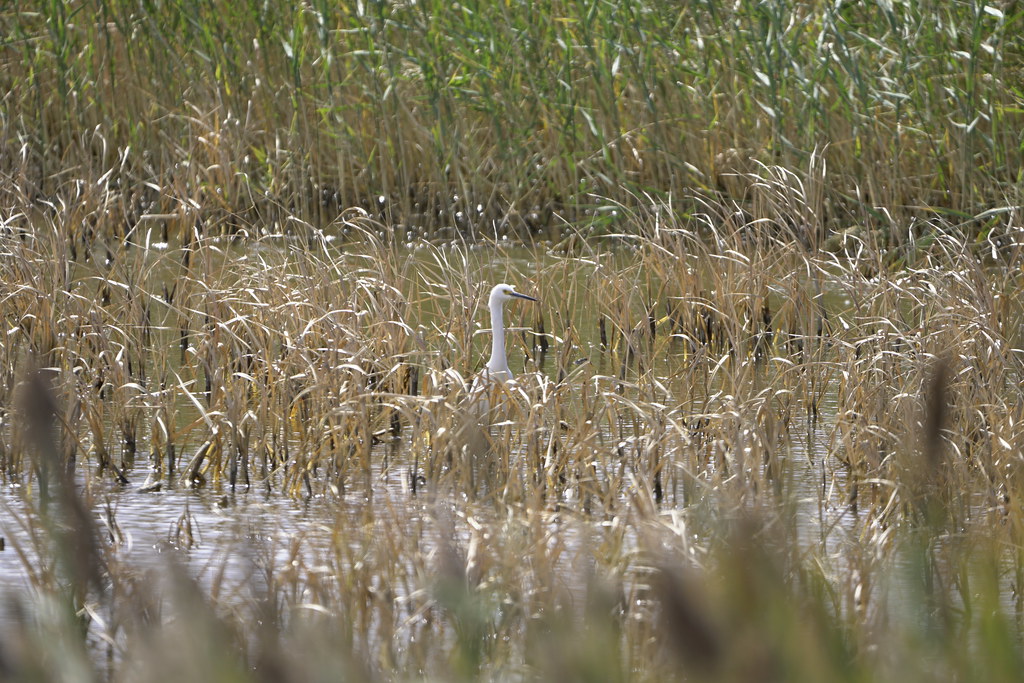 There were hundreds of these Ring billed gulls at the refuge. They contrast nicely with the charred reeds. 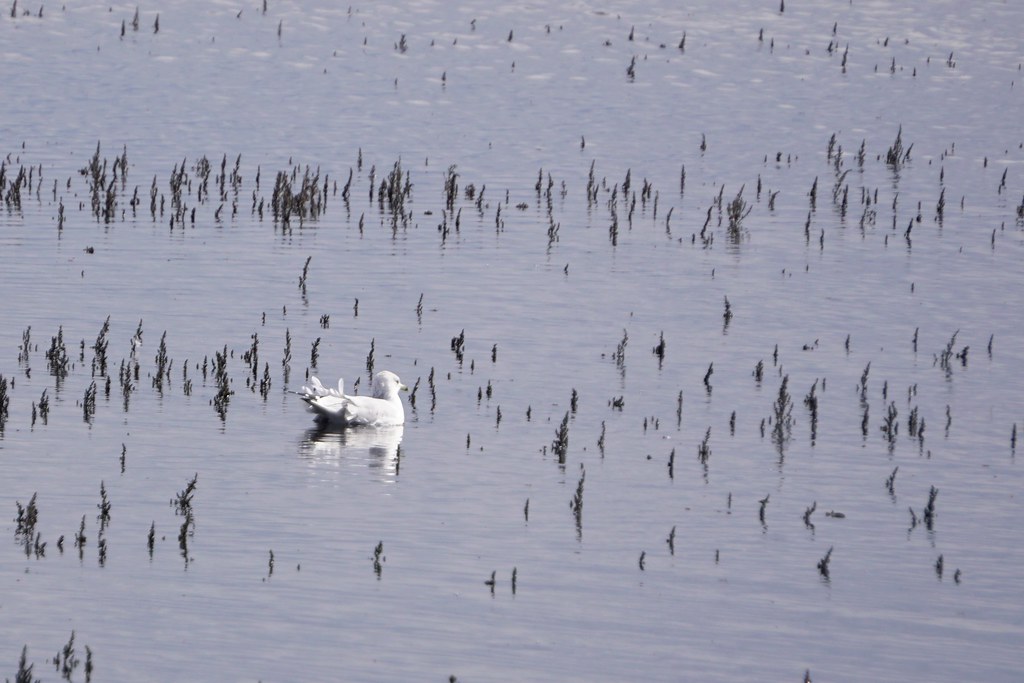 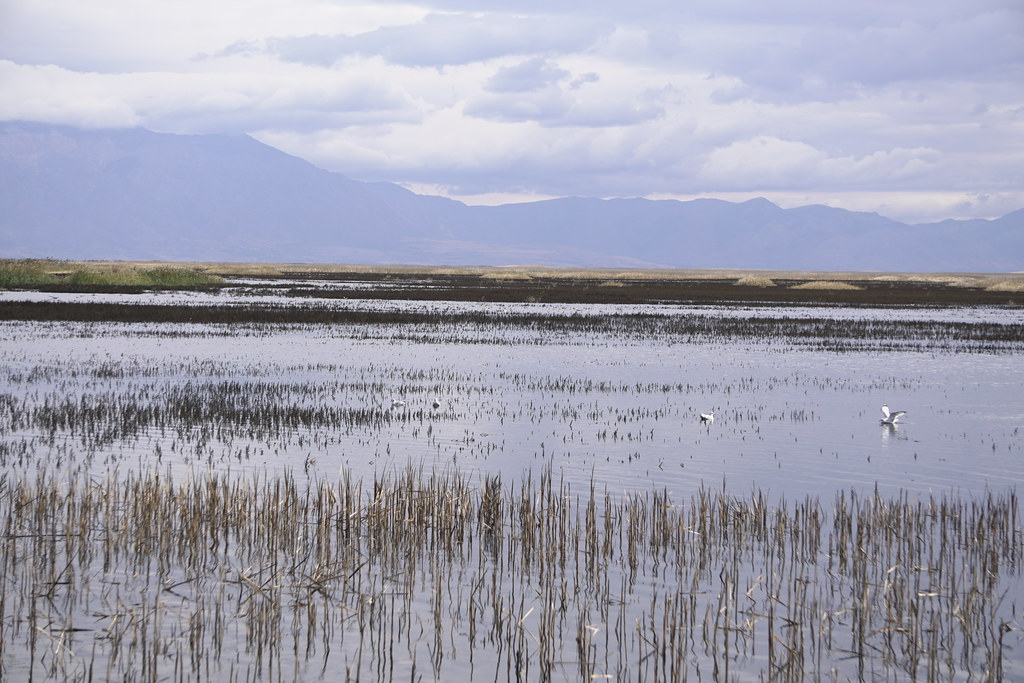 Oh so many gulls… though most were Ring billed, a few were Bonapart’s. There were even a few Caspian terns mixed into the white bird bonanza. In this photo they are all Ring bills. 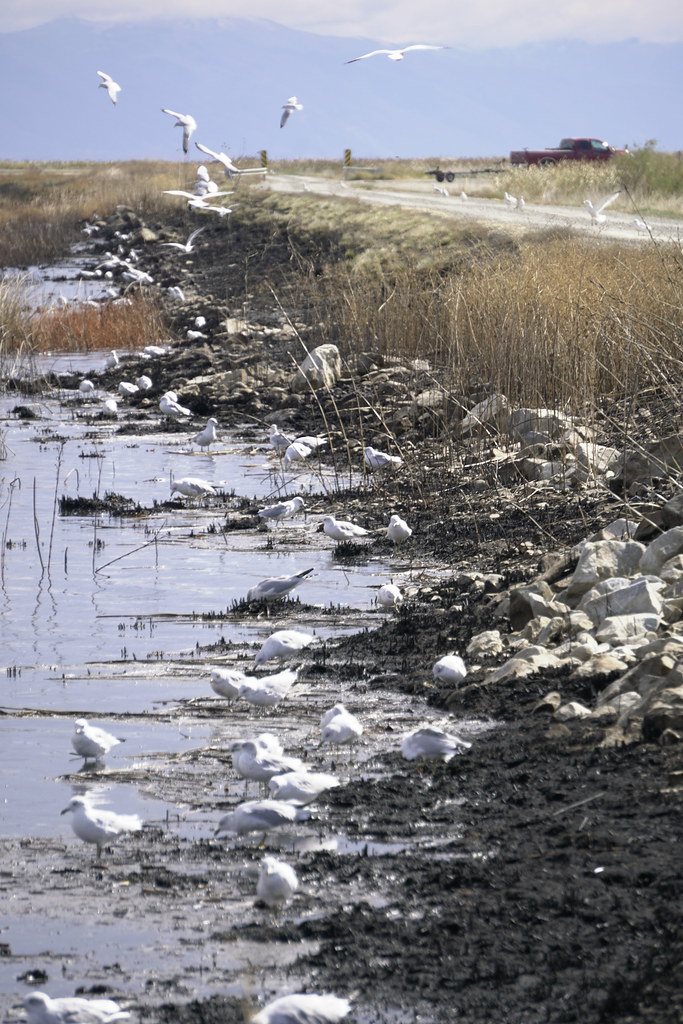 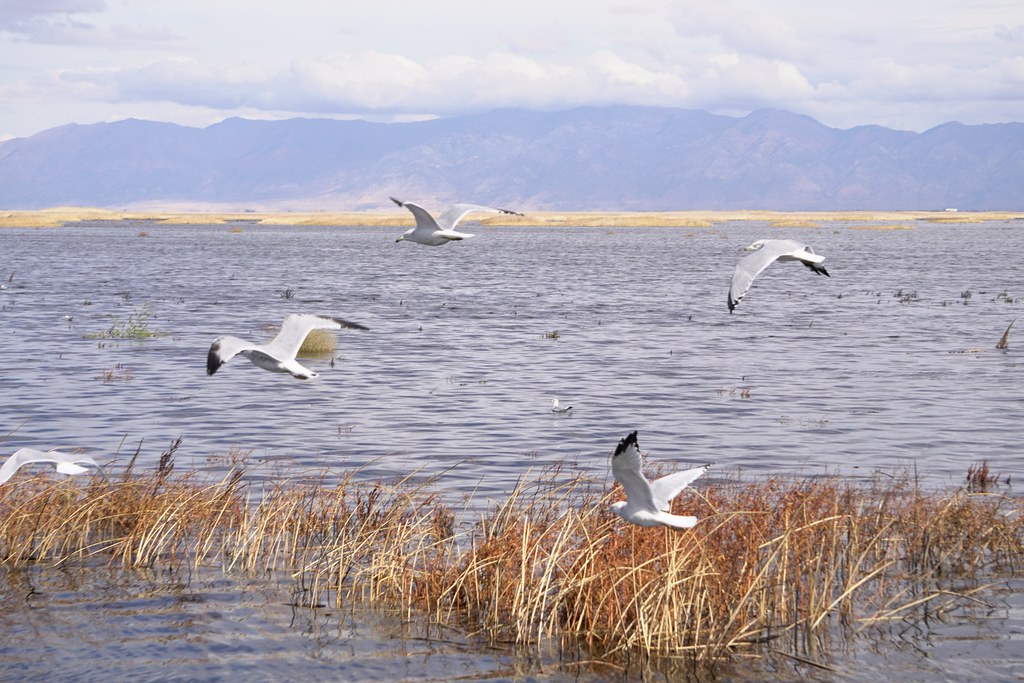 I am looking forward to seeing how this refuge greens up in the spring. 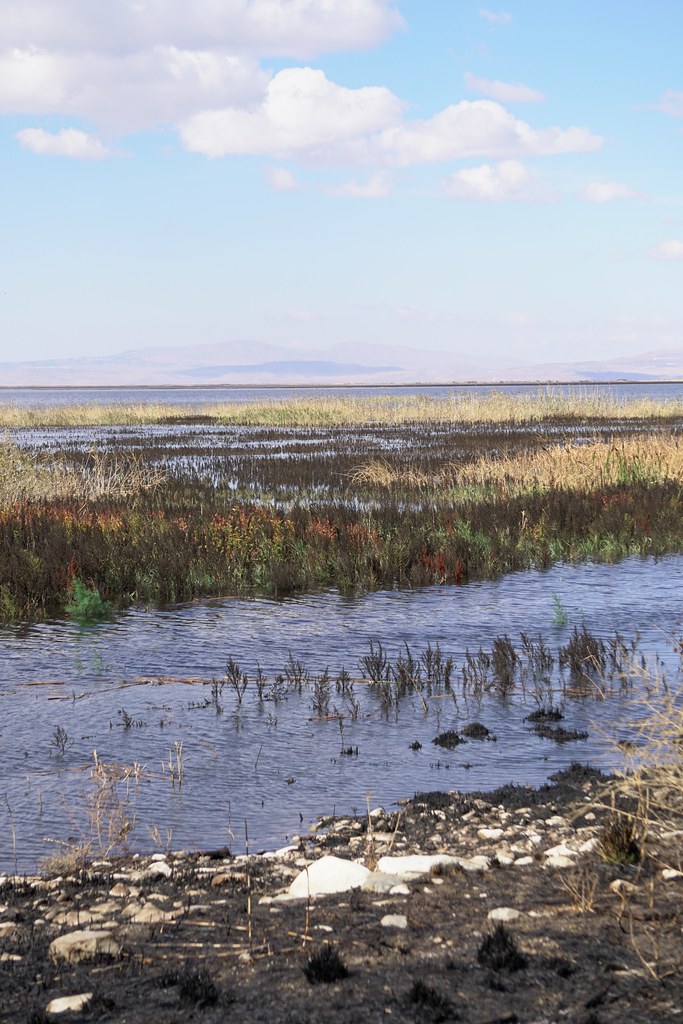 This is just cleaning the slate for new abundance. 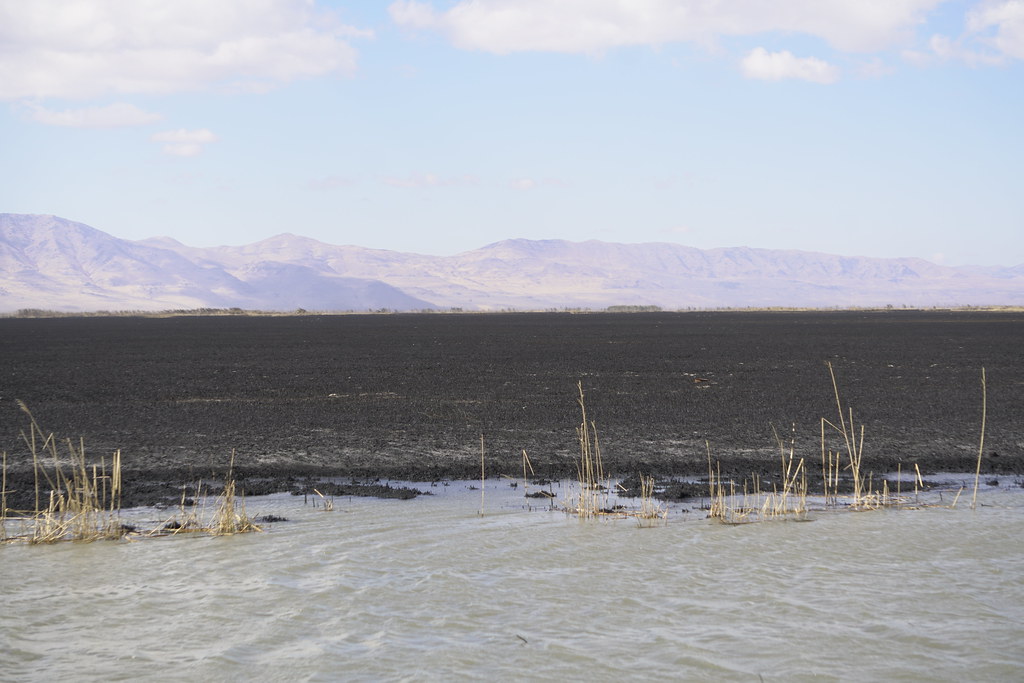 I am fascinated by the many faces and phases of this refuge. I’m planning on coming back in November. — Jenny

2 thoughts on “Final Autumn Visit to the Bear River Refuge”