We started the day in Moab waking early and heading south. The goal was to visit the Cliff Dwellings at Mesa Verde National Park https://www.nps.gov/meve/. We were not disappointed. It was a glorious clear cool day. Snow was piled in the shadows but the roads were clear. The cliff dwellings were awe inspiring and still seem somehow unreal. Unfortunately, we were unable to do any of the hikes because of seasonal closures. I didn’t even care since we only had a few hours and it would take days to truly explore this National Park. I’d like to come back when I have more time. There were a few birds: Common ravens, Western bluebirds, Black billed magpies, and Juniper titmice. There were wild horses though I didn’t recognize them as such. Bill discovered the truth thanks to the internet. And the grand finale of Mule deer in the Junipers on our way out of the park was a nice touch.

Sculpture: “The Ancient Ones” by Edward J. Fraughton, 2012 near the entrance of the visitor center 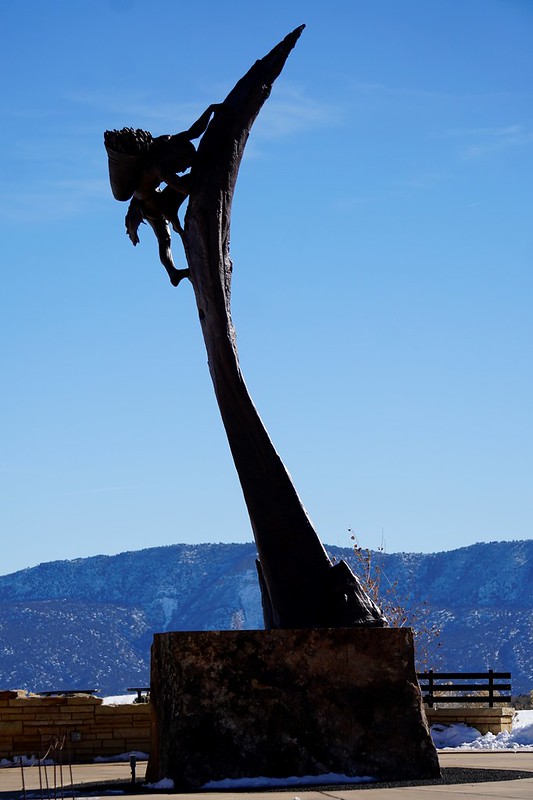 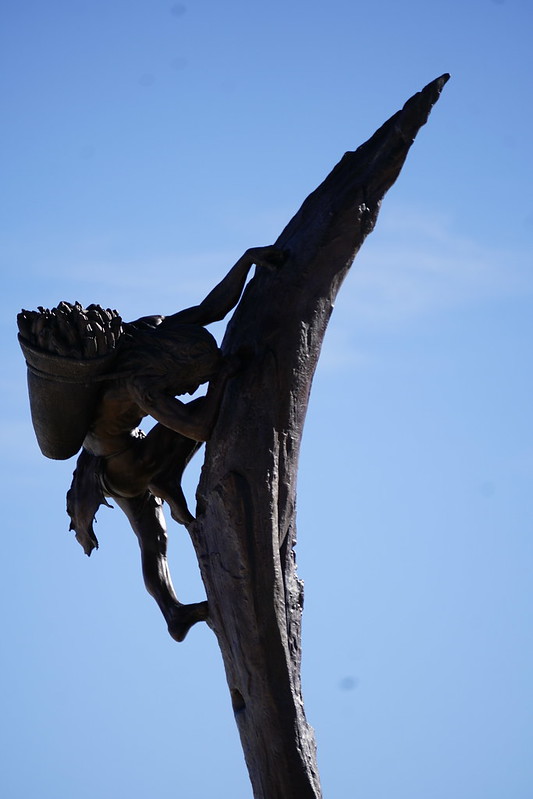 Amazing floor at the visitor center 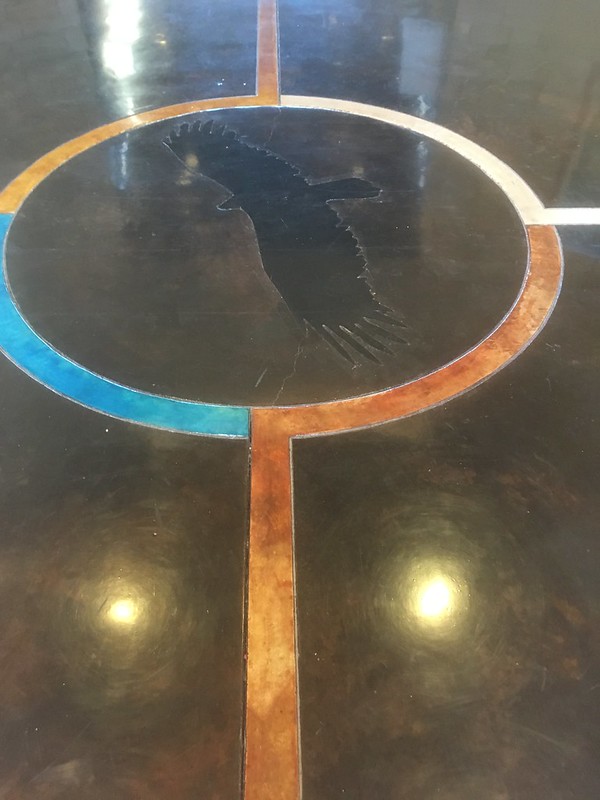 One of the many ravens perched on the visitor center 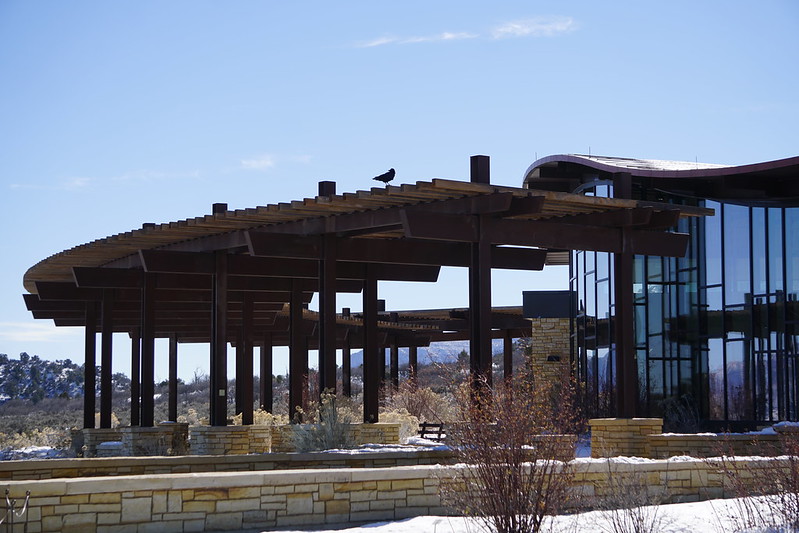 Another sculpture, I don’t know who the sculptor is. 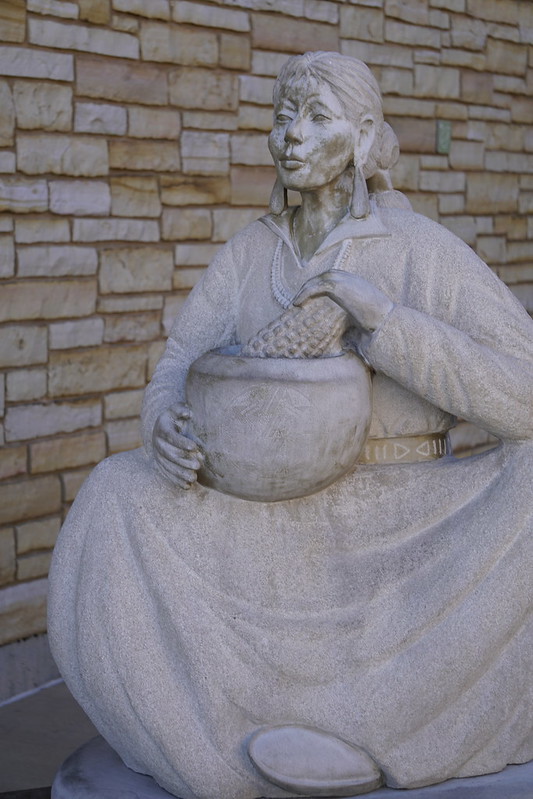 Western bluebird at the visitor center 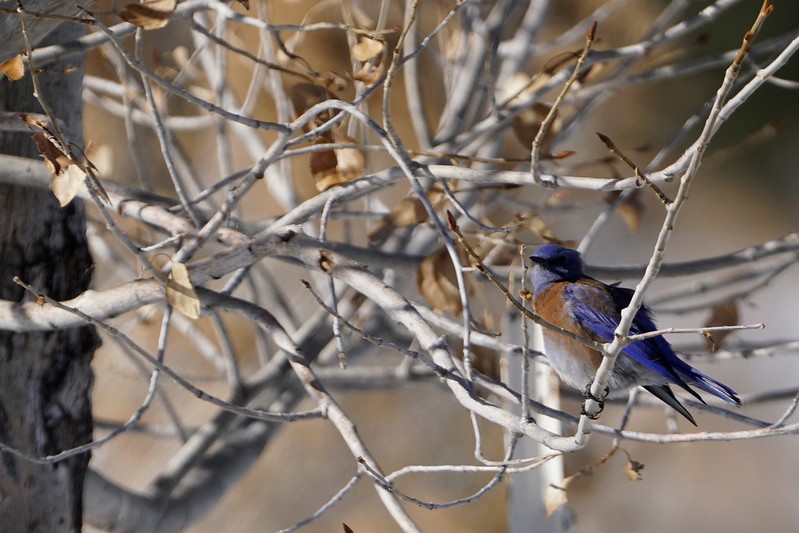 At the Chapin Mesa Archeological Museum 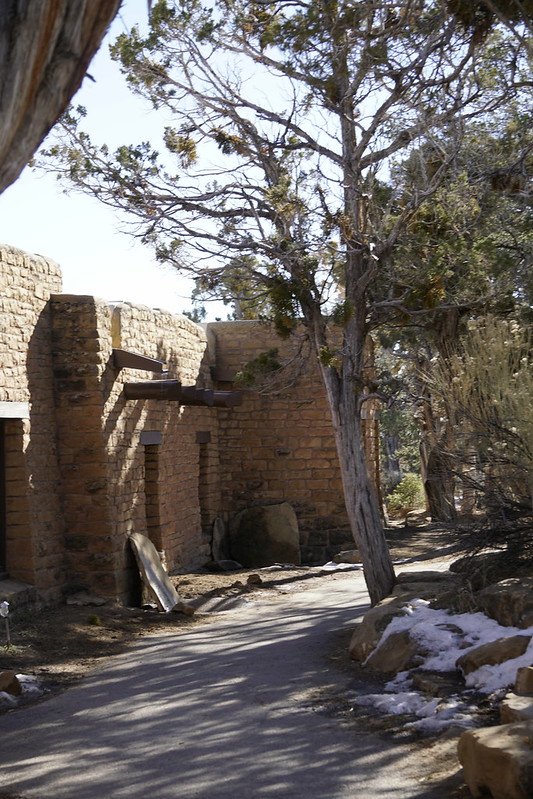 Juniper titmouse at the museum 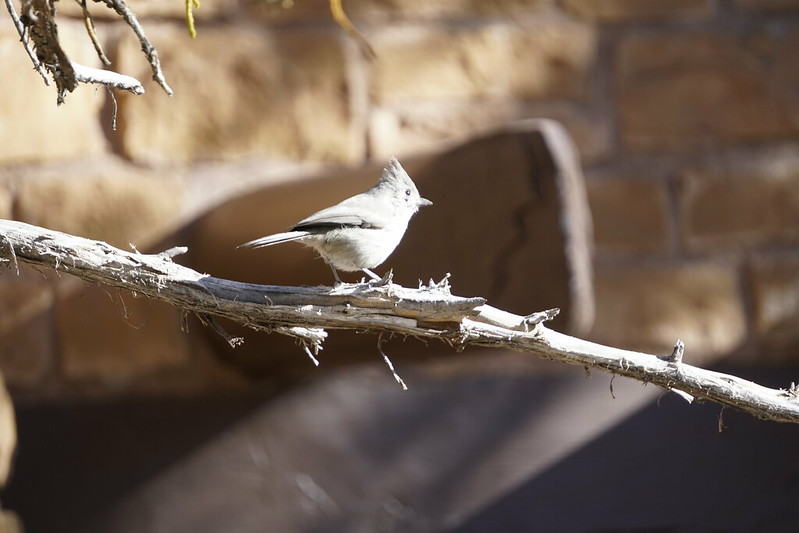 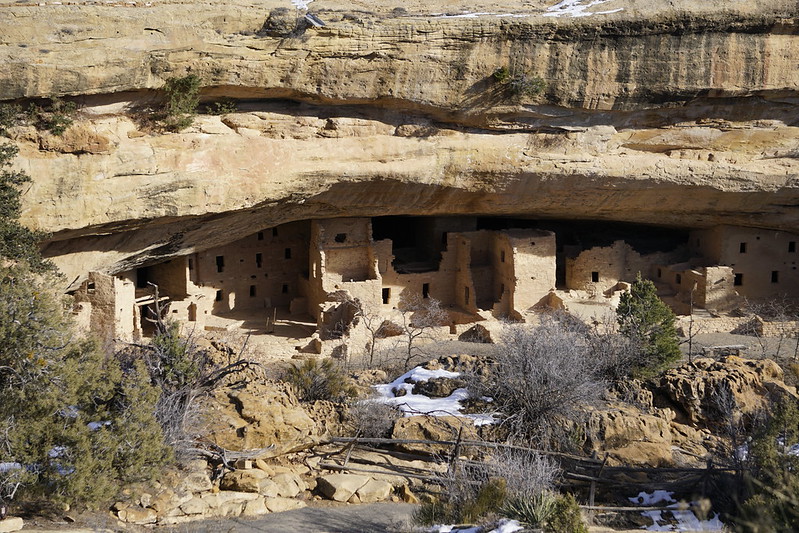 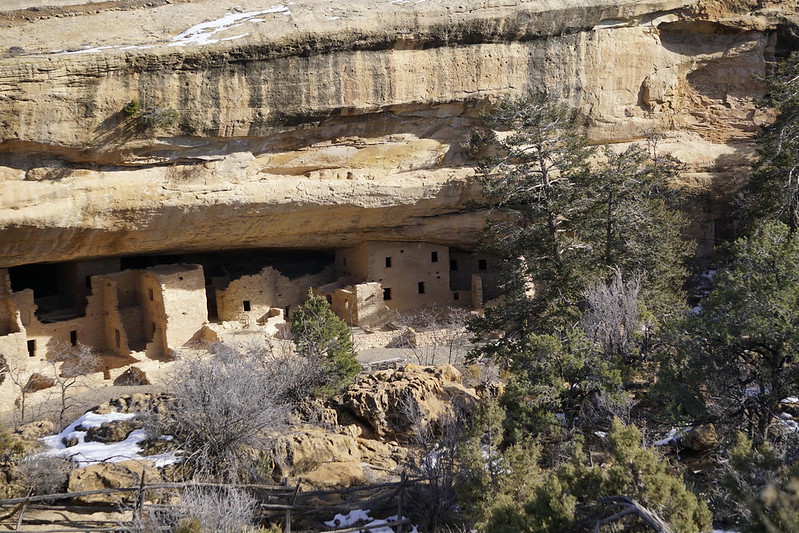 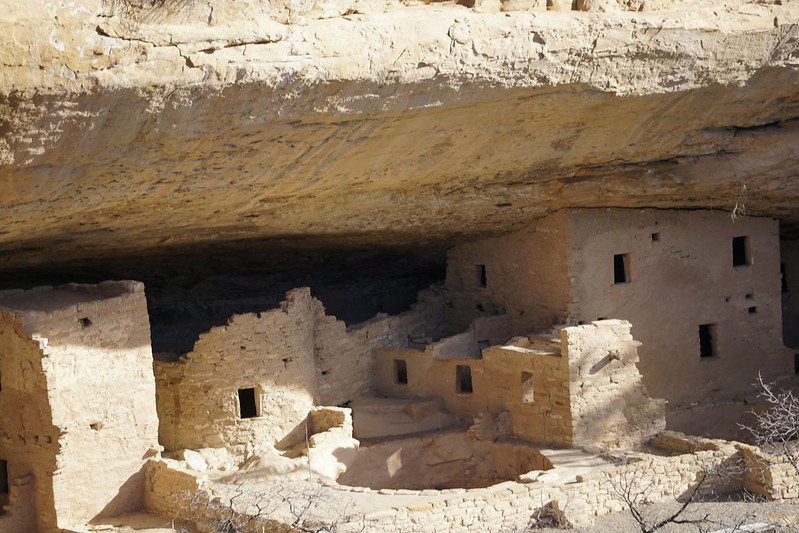 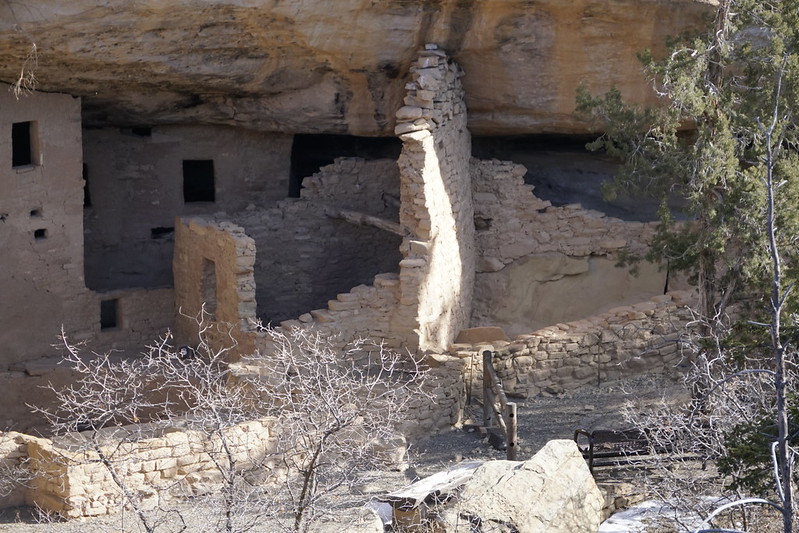 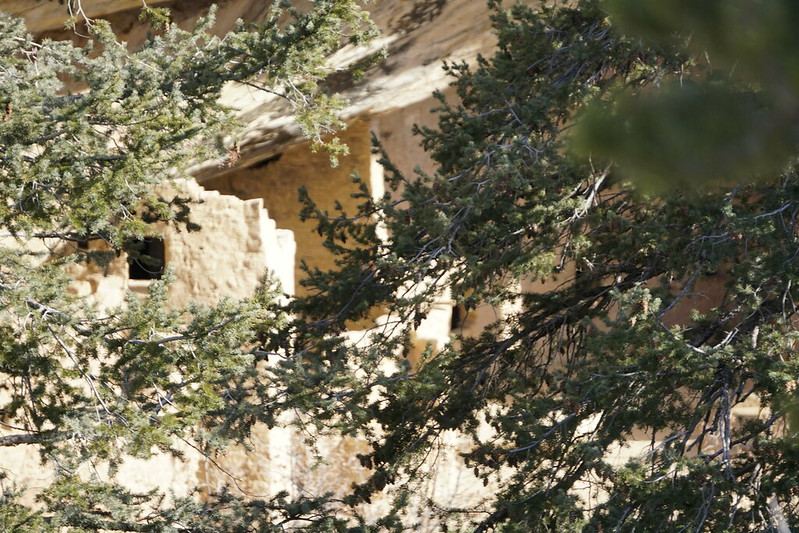 View from the top of the mesa 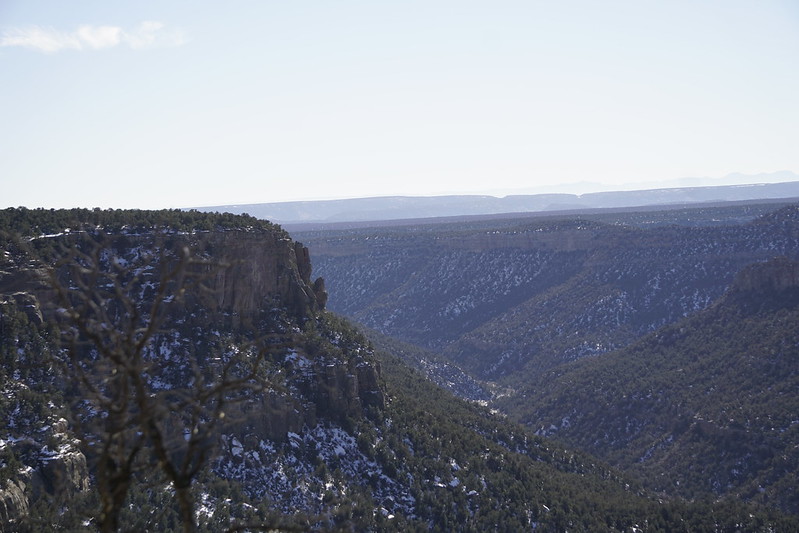 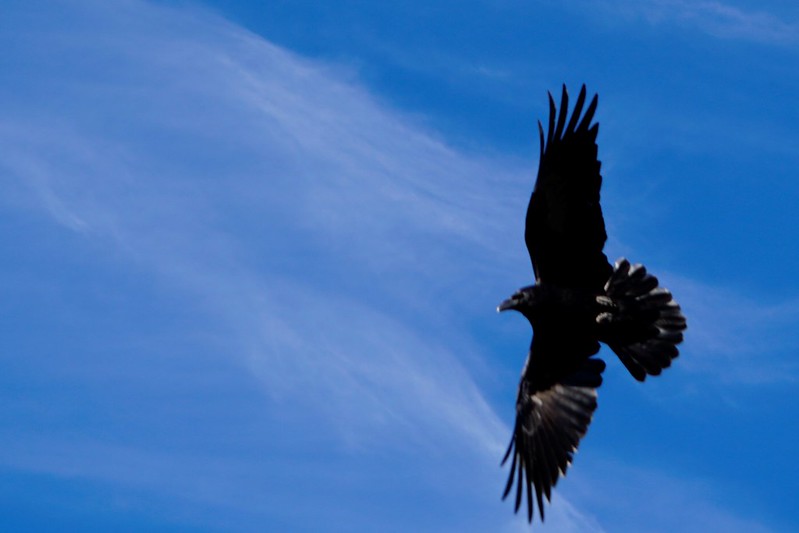 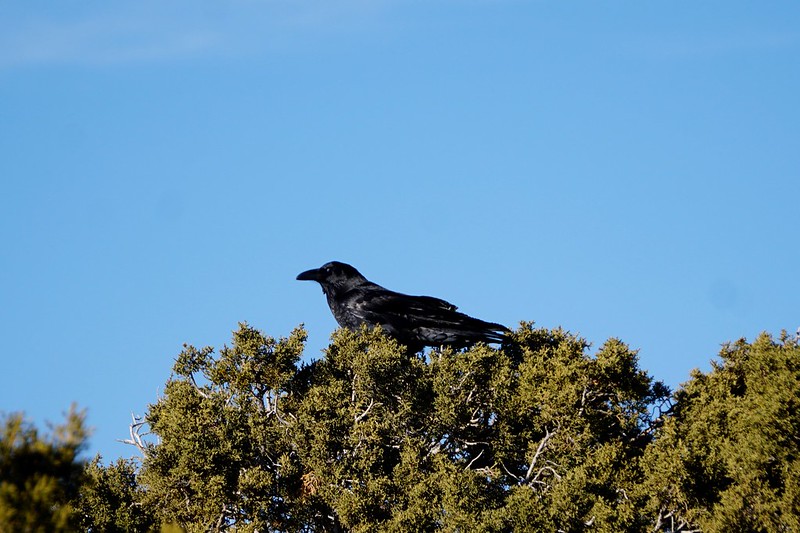 Pit houses were the precursors to the cliff dwellings 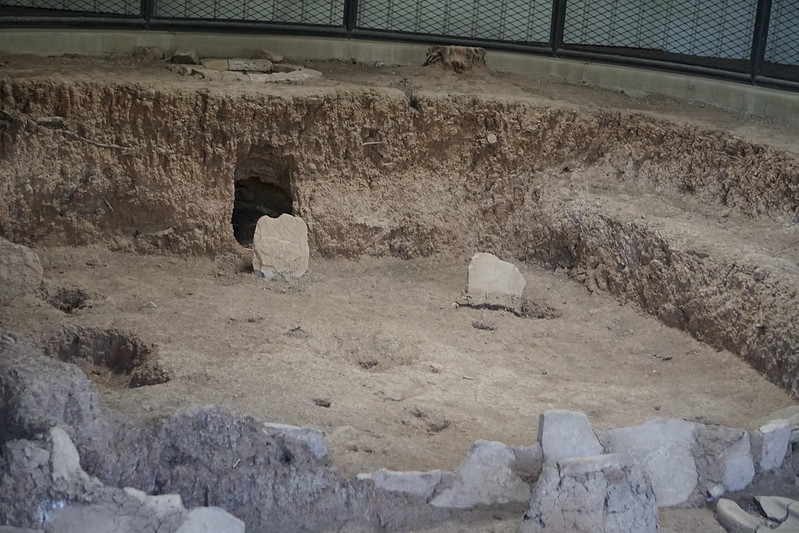 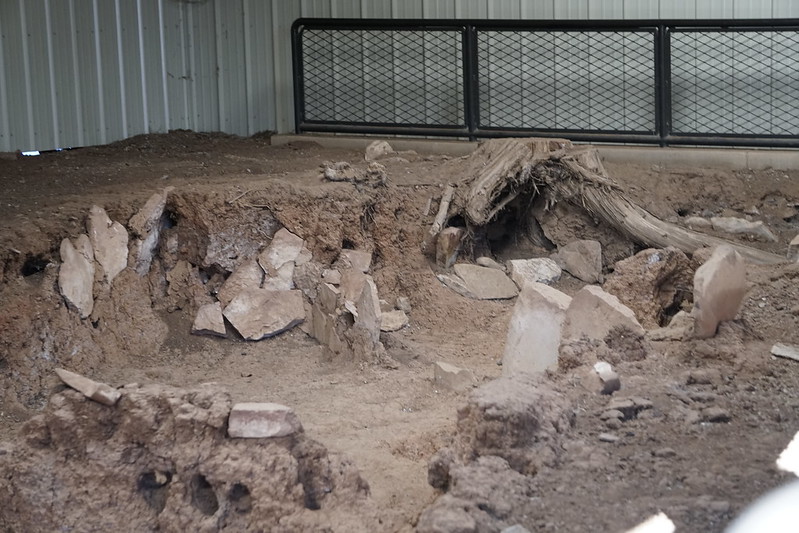 View of cliff dwelling from road 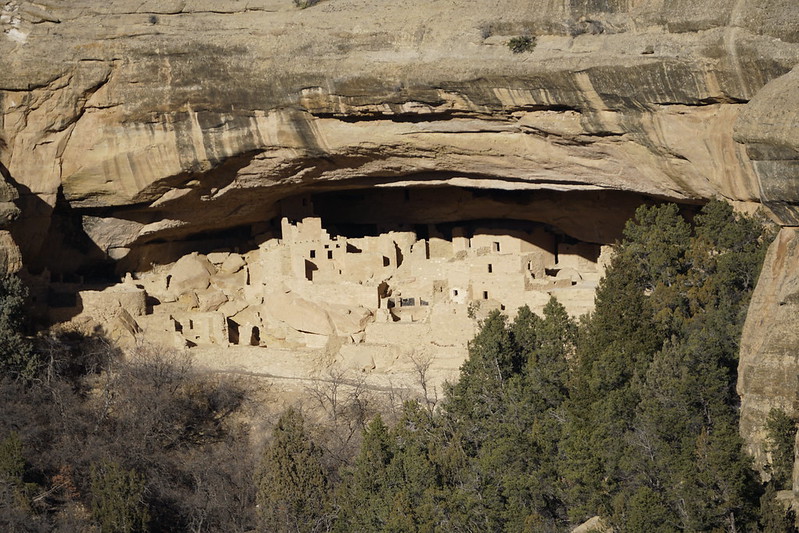 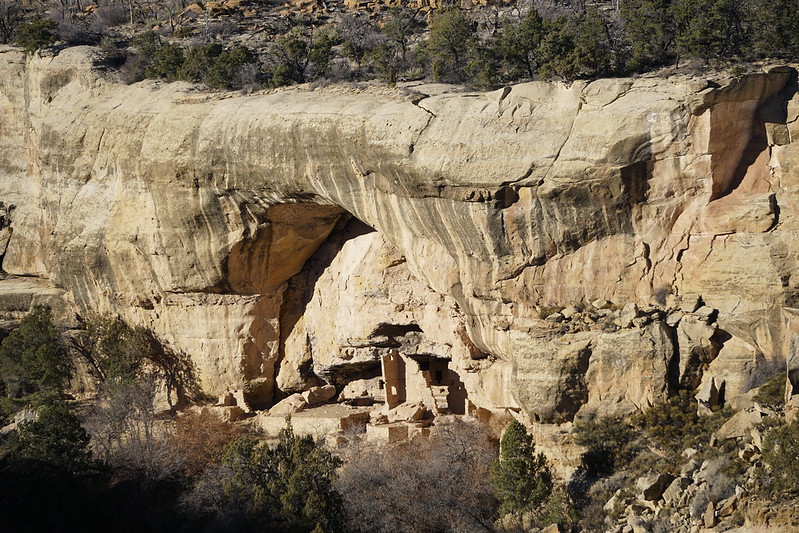 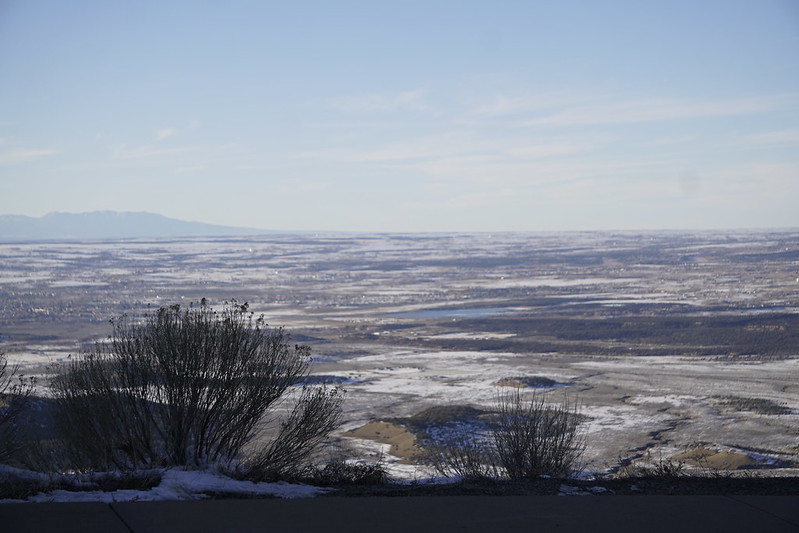 Mule deer near the visitor center 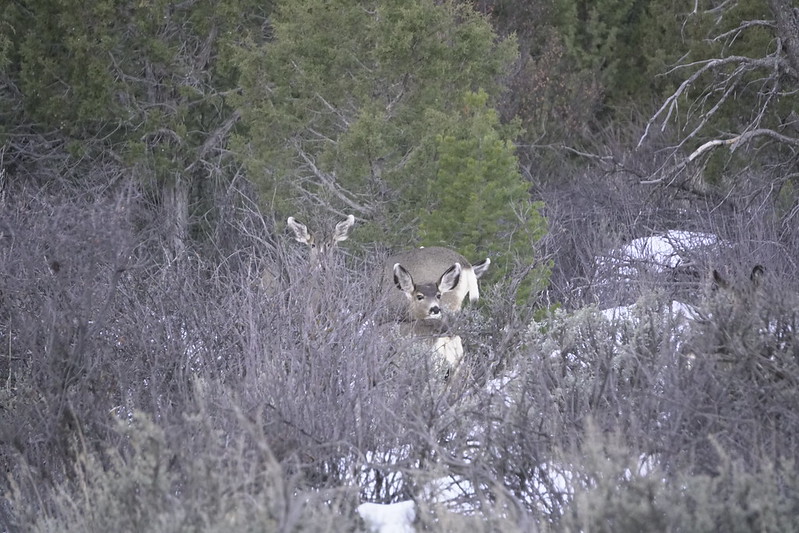 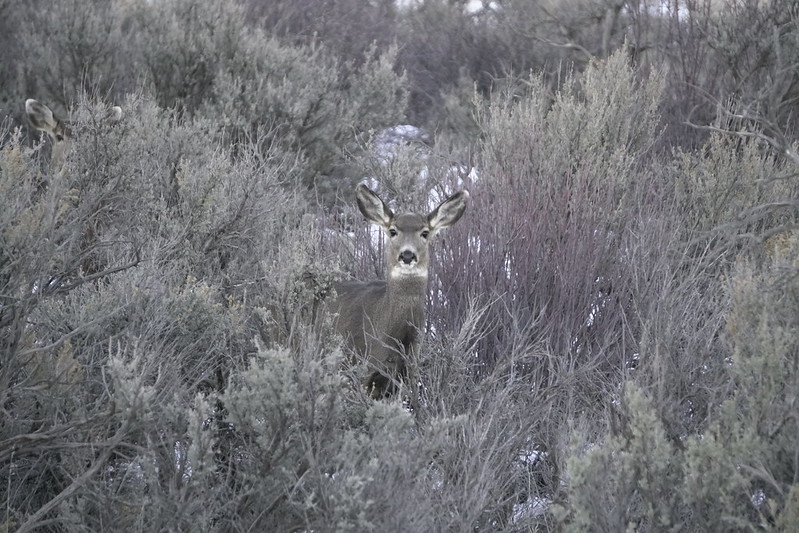 I have no words to describe how I felt seeing these ruins and learning more about the history of the Ancient Puebloans (no longer the mysterious Anasazi). I’d been reading the Tony Hillerman books prior to and during this trip which added even more dimensions to the drive through the red rock country of southern Utah, south western Colorado and northern New Mexico – Jenny