The American robin a ubiquitous bird heralding spring but coming in a flock of 30 or more to my house. 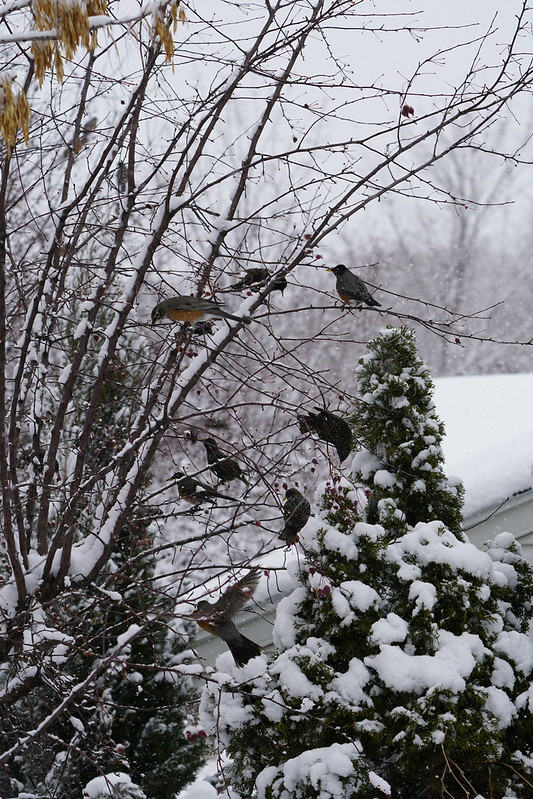 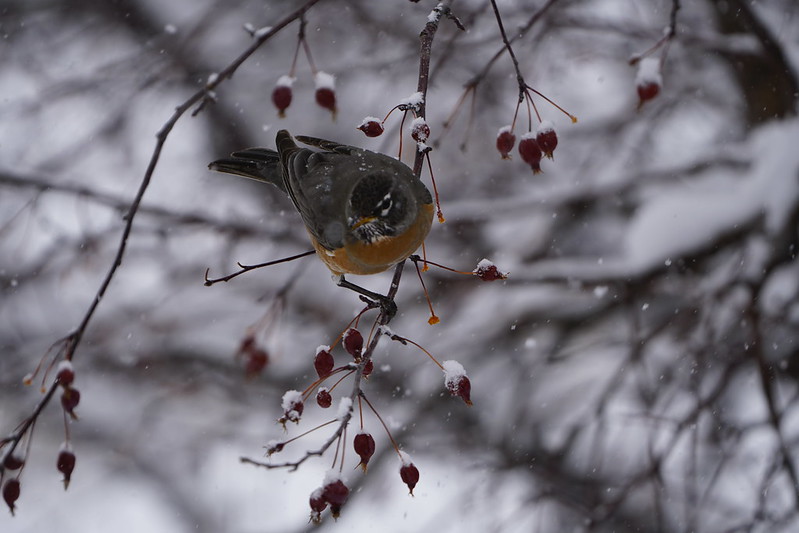 “The American robin is a migratory songbird of the true thrush genus and Turdidae, the wider thrush family. It is named after the European robin because of its reddish-orange breast, though the two species are not closely related, with the European robin belonging to the Old World flycatcher family.” — Wikipedia
https://en.wikipedia.org/wiki/American_robin 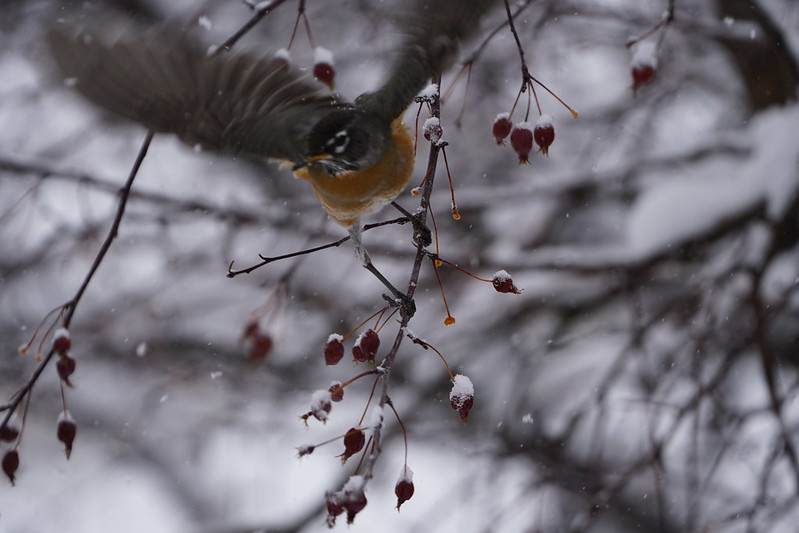 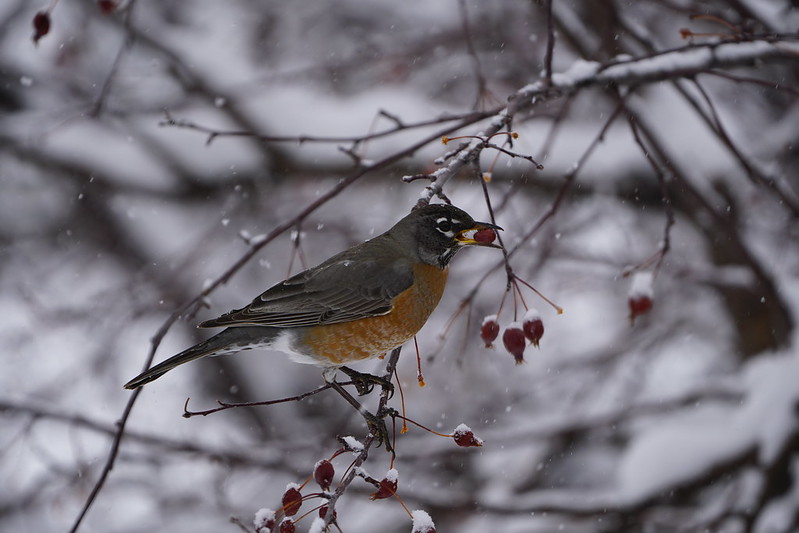 “American Robins are fairly large songbirds with a large, round body, long legs, and fairly long tail. Robins are the largest North American thrushes, and their profile offers a good chance to learn the basic shape of most thrushes. Robins make a good reference point for comparing the size and shape of other birds, too.” — All About Birds
https://www.allaboutbirds.org/guide/American_Robin/id 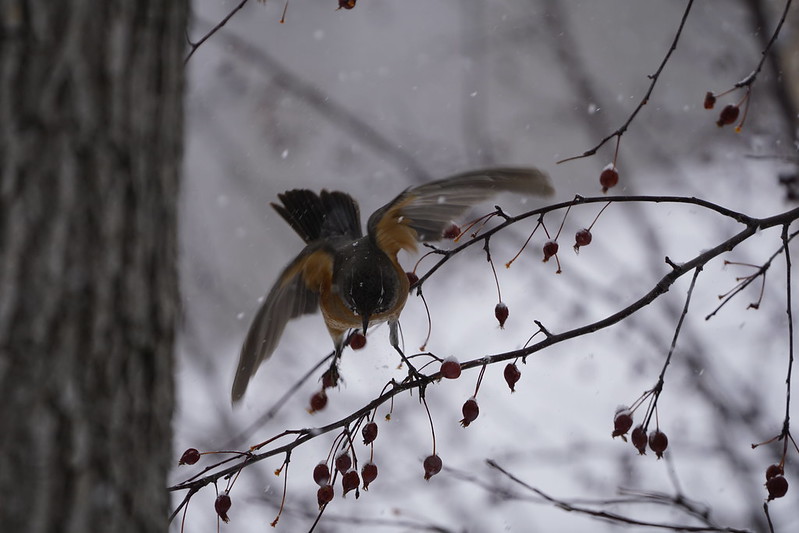 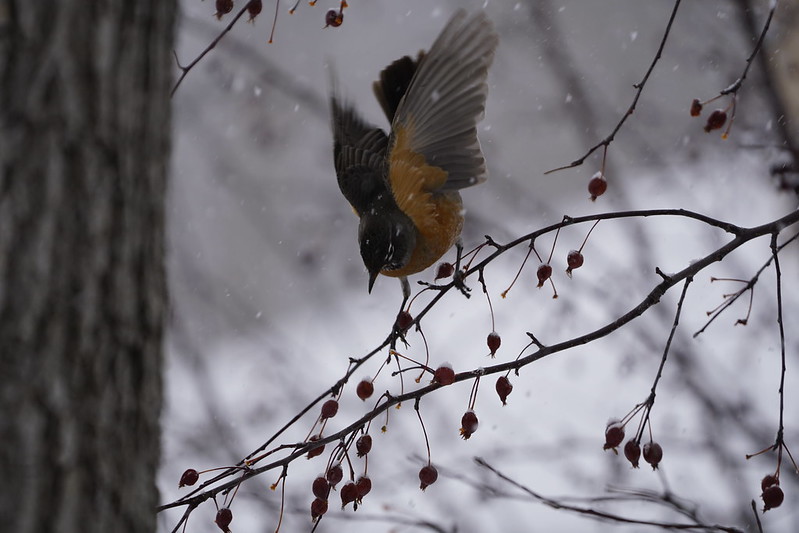 “Robins are often portrayed as industrious, “can-do” birds, who are frequently rewarded for their work ethic. In some tribes, the bright red color of a robin’s breast is associated with fire, and robins feature in legends as either guardian or thief of fire. In other legends, the caring parental behavior of robins is noted, and in some tribes it is considered good luck for a pregnant woman to see robins feeding their young. In the Blackfoot tribe, robins are a symbol of peace and the presence of robins was said to be a sign that a camp or village would be safe from attack. The Hopi see the robin as a directional guardian, associated with the south.” — Native American Robin Mythology
http://www.native-languages.org/legends-robin.htm 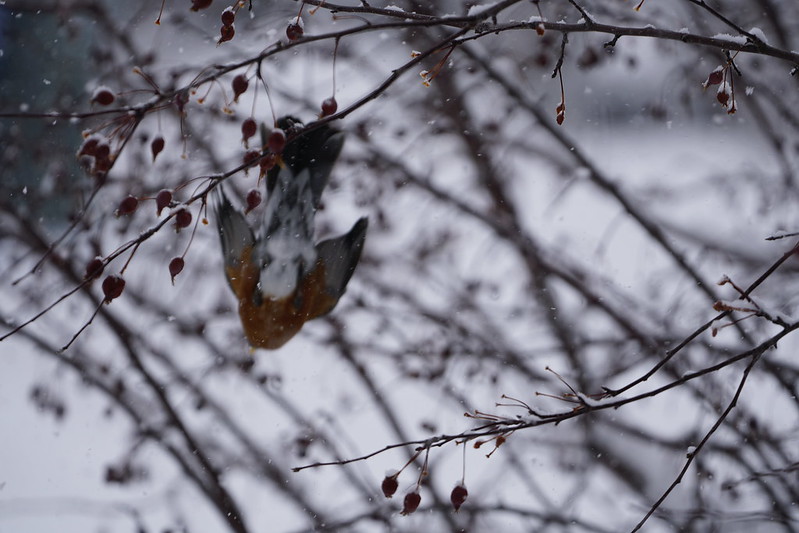 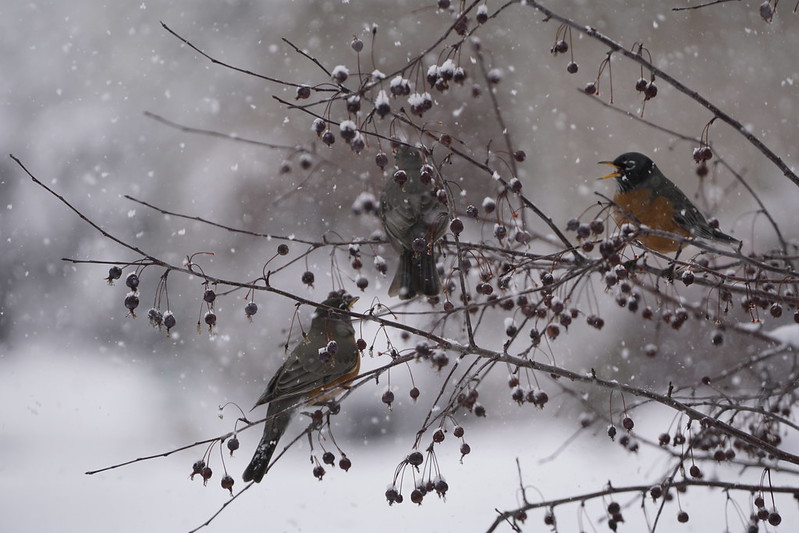 One thought on “American Robins”