Melinda and I are always looking for places to bird near Spanish Fork UT where our sister Jessica lives. In bits and pieces of time we managed to bird near the oak groves where we saw: Black chinned hummingbirds and California quail,  and heard and identified by ear Spotted towhees,  Yellow rumped warblers, Yellow warblers, Black capped chickadees, and more. There was one bird song or rather sound that we couldn’t figure out. Over lunch we went through the bird book (instead of just using the phone apps) and found our mystery bird sound. A ring neck pheasant:  https://collections.lib.utah.edu/ark:/87278/s68p6crk

Later we birded up one fork of Hobble Creek and the next day we did the other fork. Here we saw lots of birds including Melinda’s first Dusky grouse.  And the Woodhouse’s scrub jay (a first for us since the species split)

We’ve seen and heard Lewis woodpeckers before but this was the first one that ever held still enough for photographs. 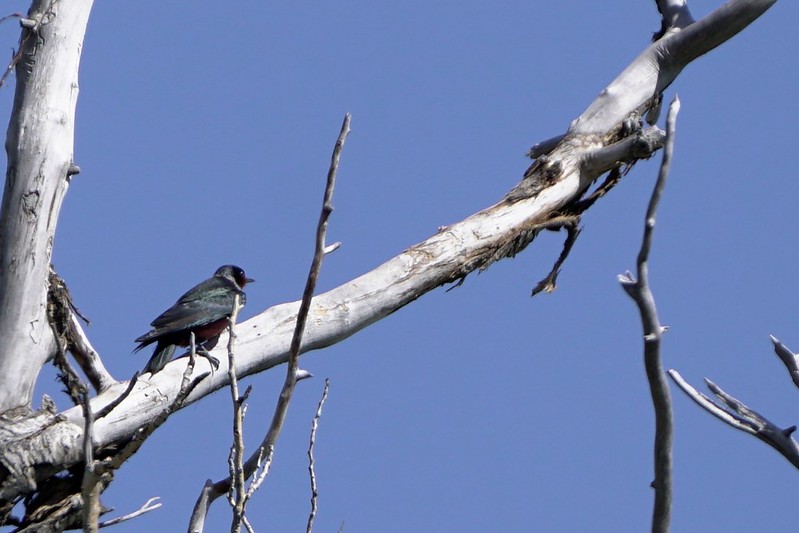 From the car I could not tell if these were real deer or fake deer. The lack of movement (deer are always moving their ears) finally led me to believe they are fakes. And here in the photo you can see more detail of the splendid, car stopping fakes that they are. 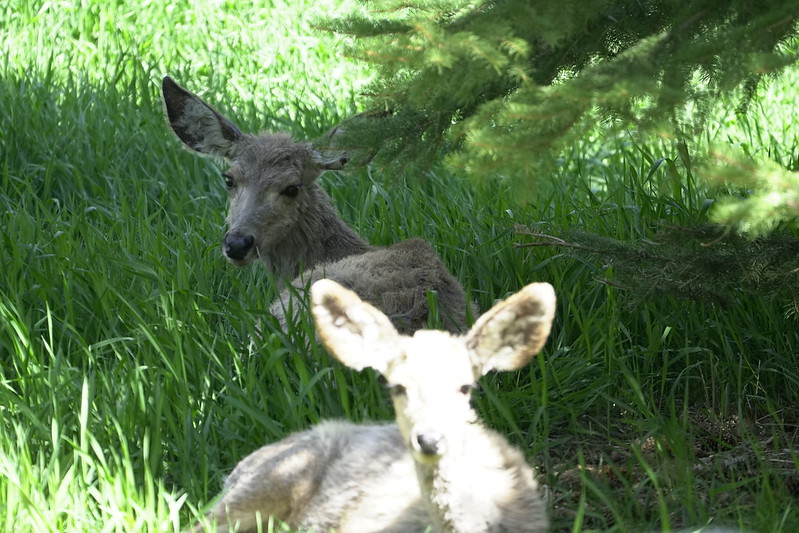 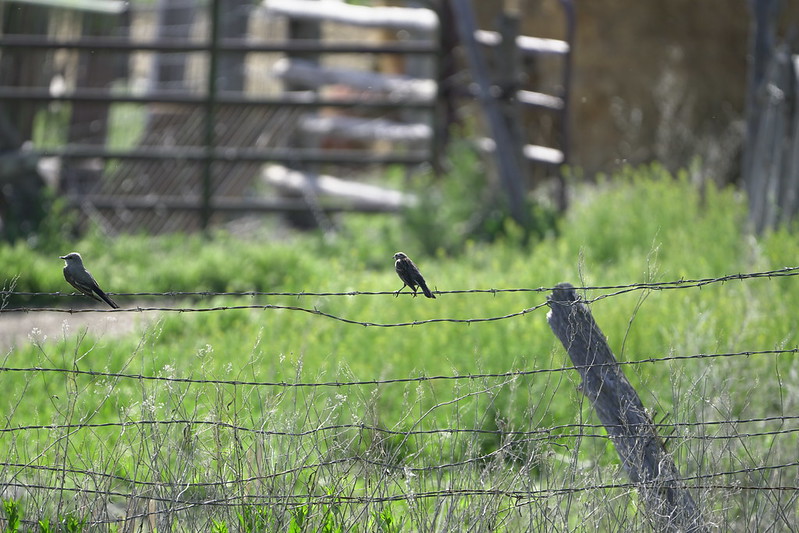 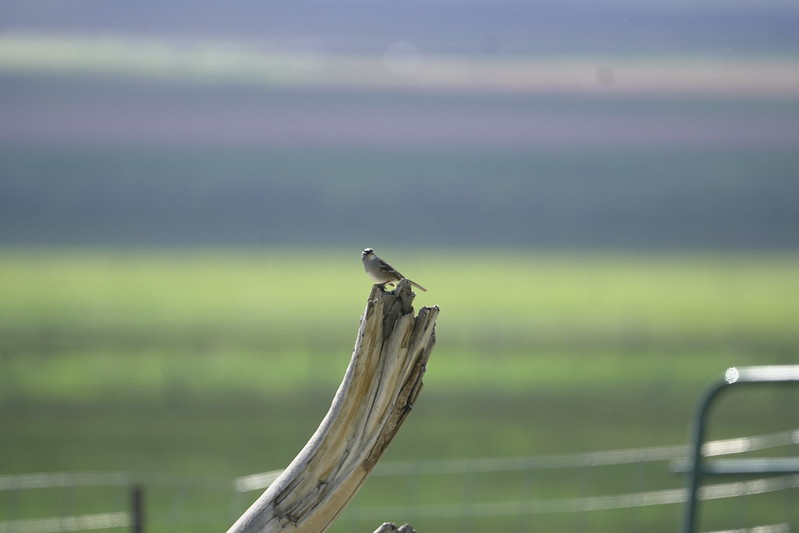 And a surprise… Long billed curlew 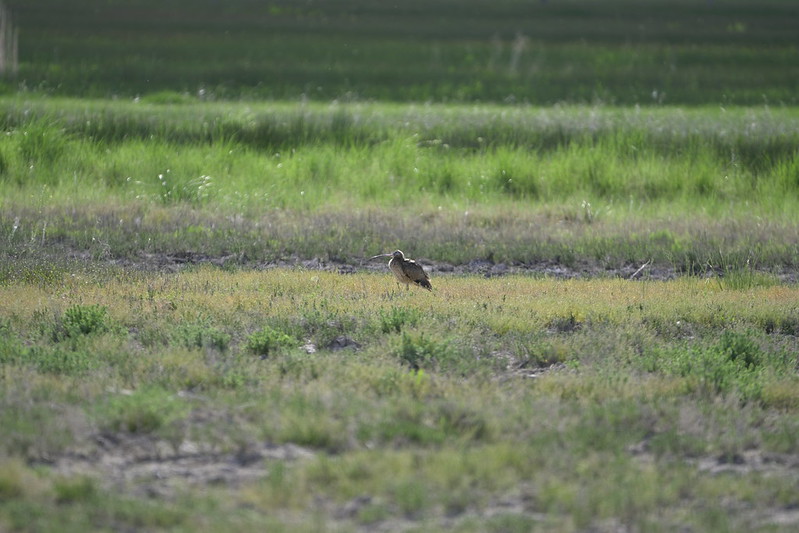