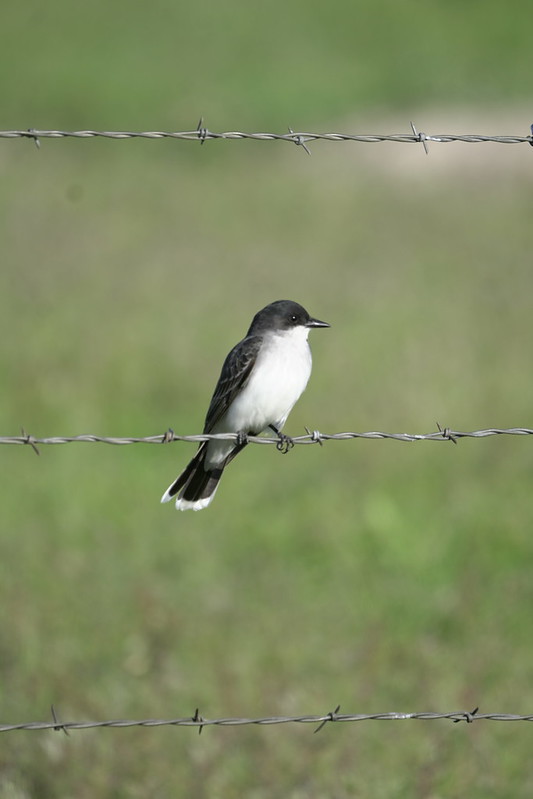 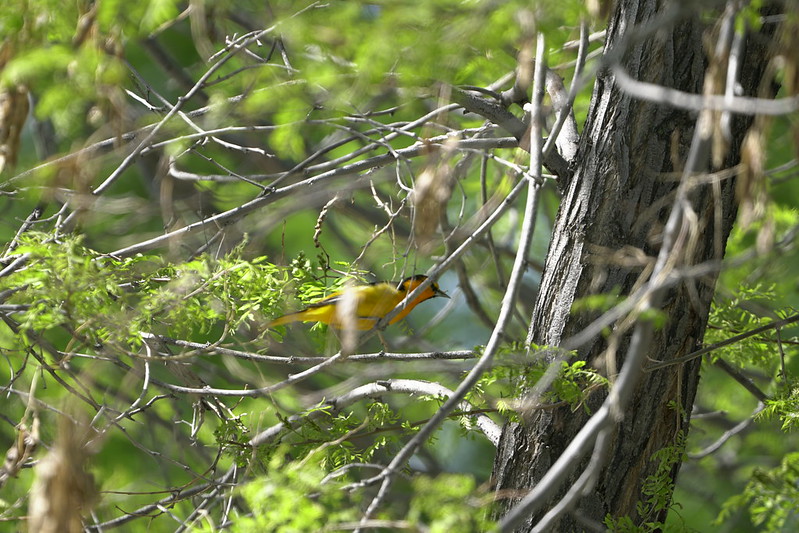 I took this day off so that Melinda and I could have one more day of birding before she heads back to Texas. I had saved this last nearby birding spot for several reasons. The first is that it *is* close by. The second that it has a variety of birding habitats. And finally, if we skip it, that’s okay since most of the birds should have been spotted by us at our other birding activities. A final thought was that I find it hard to bird this area since I do it so infrequently. There is no straight forward auto tour route so it can quickly escalate from a couple of hours (just to get there and back uses that kind of time) to all day. Happily we did see birds we had not yet seen on our other adventures such as a Great egret and a Willow flycatcher. We also got Melinda another bird for her lifelist a Northern waterthrush. 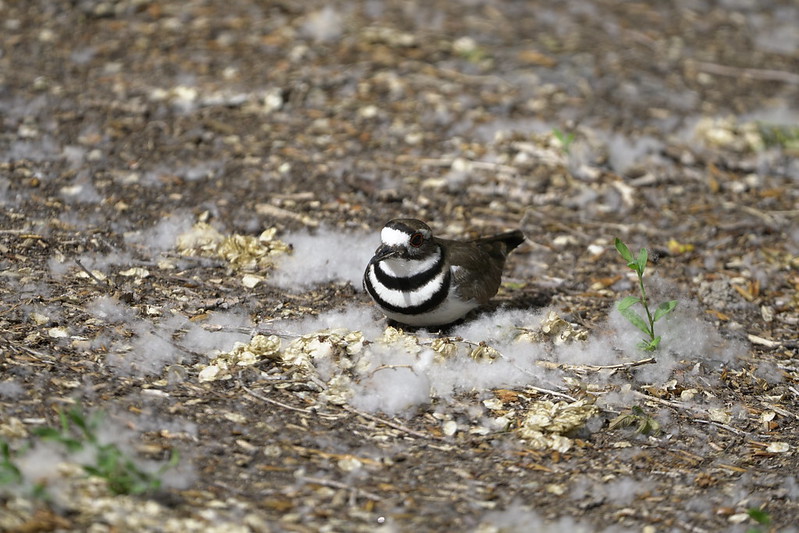 I am oh so very allergic to this cottonwood fluff and it was very thick at the Sportsman’s Park. 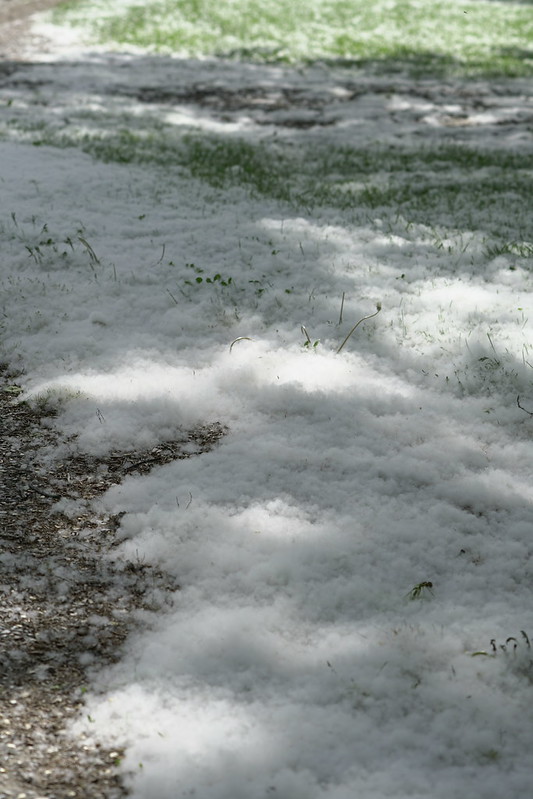 Instead of starting at American Falls we drove to Blackfoot and took the backroads. There are a lot of great little birding stops. Check out the Idaho Birding Trail website’s Southeast Region for maps. https://idfg.idaho.gov/ifwis/ibt/pub.aspx?id=southeast

Willow flycatcher, I’ve never had one pose for me before. So very exciting! 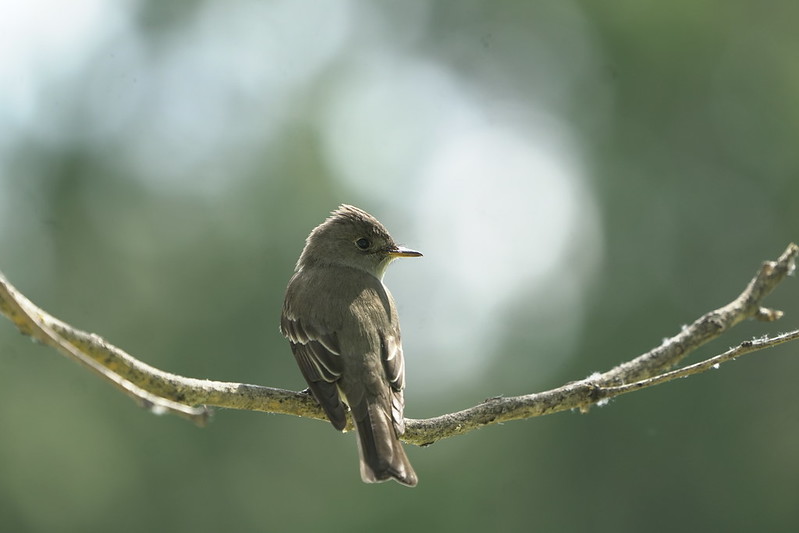 And another Bullock’s oriole, I rarely see these birds so this was awesome. 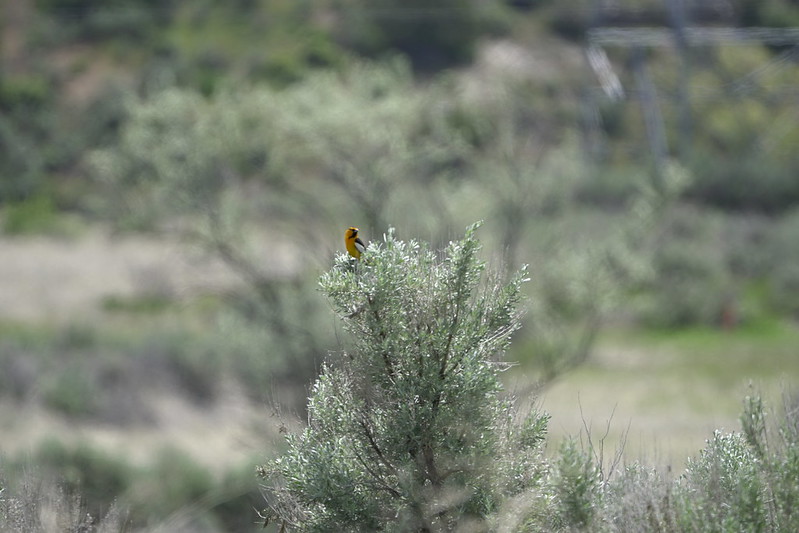 The ever-present overcast skies and slight rainfall contributed to our success as did the birding by ear practice. We were looking for lunch in American Falls when the rain really started and by the time we were finished so was it. I’ve had success at the Dam, the Fish Hatchery, and the Willow Bay Marina but this year the water was either too high or the birds were hiding. Dave, our brother called us as we stopped at the cemetery. I pulled over because talking, and birding, and driving is one too many things for me. Because of this stop and the slight rain we got to see Dark eyed juncos, Chipping sparrows, and a Red breasted nuthatch. All of them were taking advantage of the Spruce trees. I like this cemetery it is on the cliff above the Snake River and occasionally you can find a Bald Eagle perched in the deciduous trees lining the cliff. We did not luck out this time.

American white pelican’s below the dam 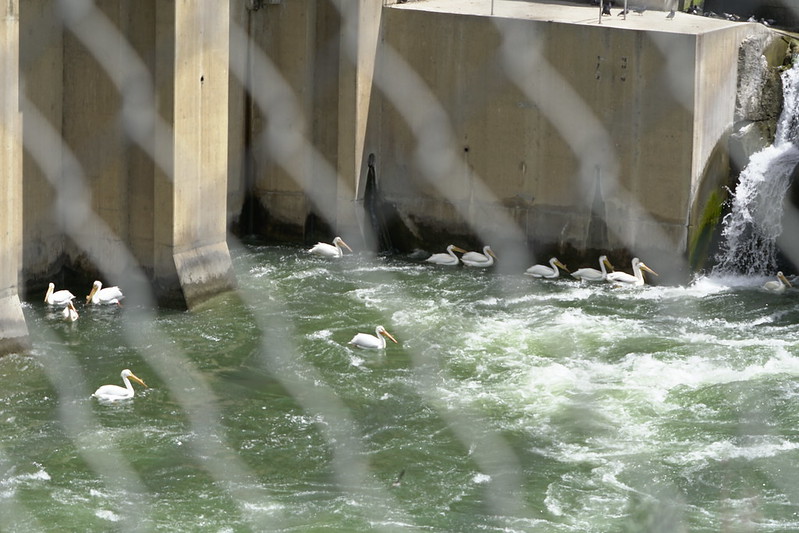 We were back in Pocatello in the early afternoon. Another successful bird day for the team of Melinda & Jenny. I’m flying out to Texas for Christmas and I’m hoping we can get at least one good day of birding then. While driving we discussed another adventure to Alaska, and one to see Whooping cranes in Texas.