Allen, Julia N. The Ecology and Behavior of the Long-Billed Curlew in Southeastern Washington. Wildlife Monographs: No. 73. Wildlife Society, 1980.

This fascinating study’s main focus is on southeastern Washington, but includes data from National Wildlife Refuges in southern Idaho, Utah, Nevada, California, and Oregon. The expanded range’s data is derived from refuge quarterly reports for “1960 and 1970 to June of 1976.” – p. 12 The study includes habitat analysis, weather data, nest study, capture and banding, censusing, weights and measurements, predation, and more. It includes interesting charts one such includes the weight of chicks (in grams). – p. 19 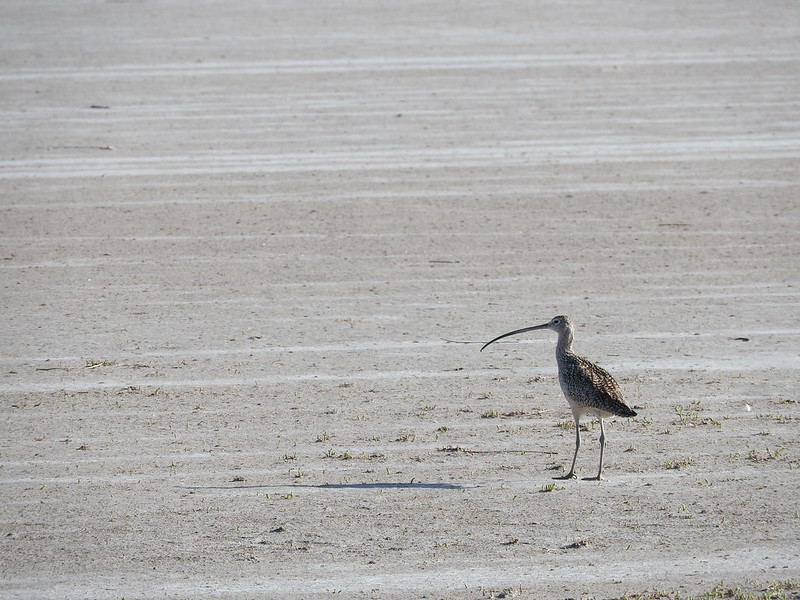 Feeding
“Like other waders, Long-billed curlews are opportunists, feeding on whatever foods are available. Consequently, one expects considerable differences in the diets of birds at different localities or at different times of the year.” – p. 28

“On their breeding grounds, long-billed curlews appear to feed entirely by day. They feed within and throughout their territories as well as … in the irrigated fields nearby. Prior to incubations, a pair will feed together with one following the other or both wandering in separate directions and eventually rejoining. Commonly, I saw them 50 m or more apart when feeding in the open fields. Usually, visual contact is maintained, but vocal communication also plays an important role especially in the shrub areas; a soft “Curlee Curlee” or “Wheet Wheet” call is used. When too great a distance is reached, one bird, usually the male, will fly over to the other and land nearby, then continue feeding. Once incubation has begun, the unattedning indvidual feeds alone when on the territory.” p 28

This is a Long billed curlew on what I think of as traditional space to spot them. Again at the Bear River Refuge on May 13, 2016 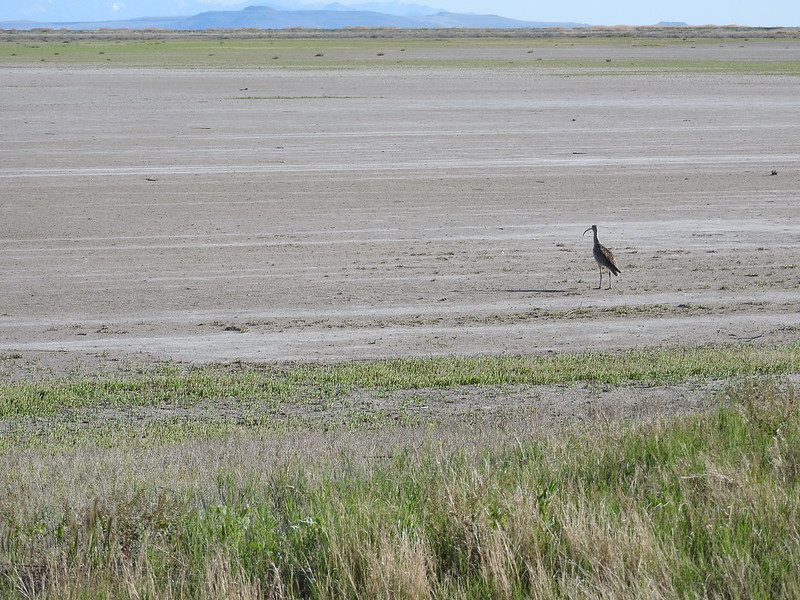 There is a lot of detailed description of the birds behavior including locomotion, interactions, feeding behaviors such as pecking and probing, postures… There is so much information in this work that I’m unwilling to transcribe it. I liked this small volume (68 pages) so much I bought a used copy from Amazon.

The daily routine is described in almost 3 columns of text and begins with: “Each day begins approximately one-half hour before dawn with repeated volleys of Whistling as individual birds call out one after another from their roosting sites. “Curlee Curlee” and “Wheet Wheet” calls may also be heard but Whistling is the most common.” – p 42

The detail of behavior is such that I’m going to add this book to the pile I take in my car. I think it will help me know more about how and what the curlews are doing.