I have no photos but there were Greater roadrunners, and Gila woodpeckers. 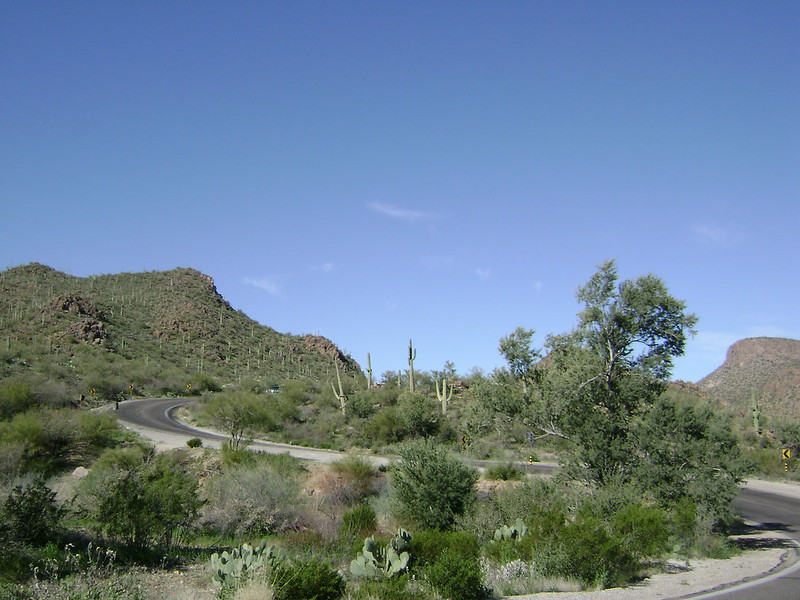 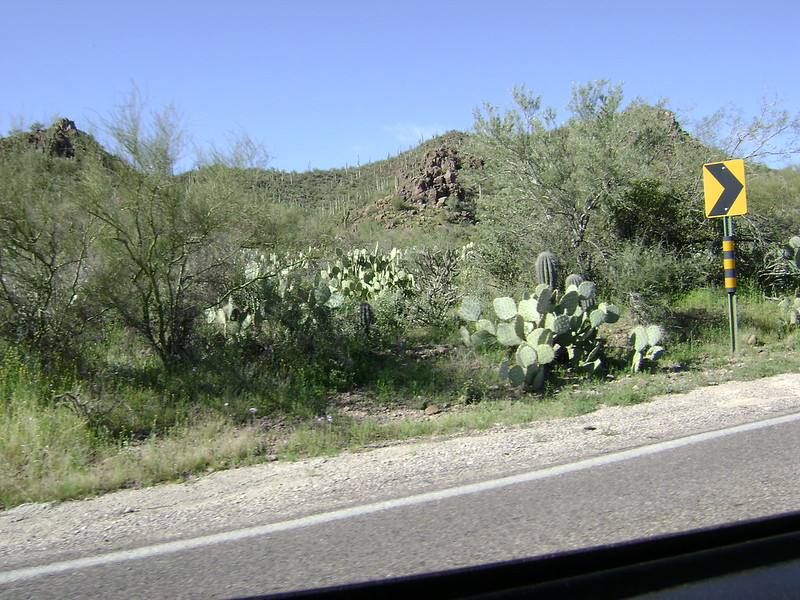 Saguaro in the wild 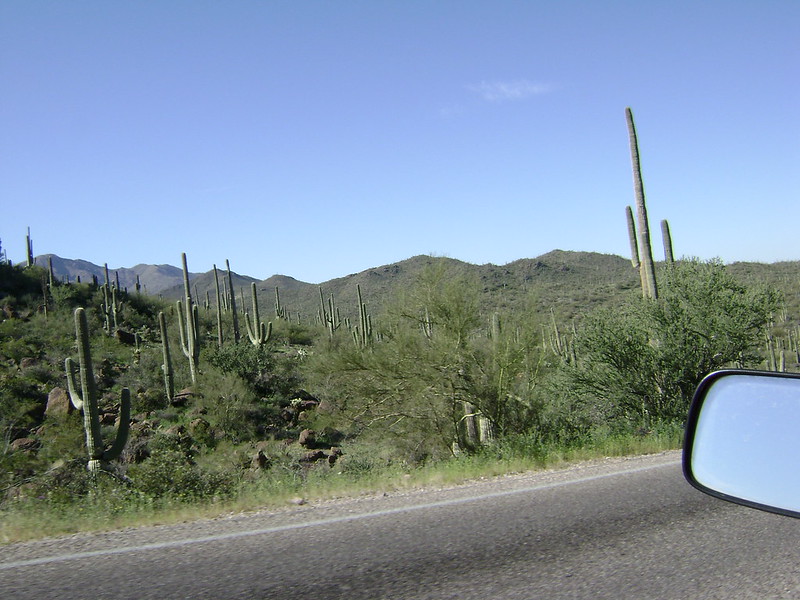 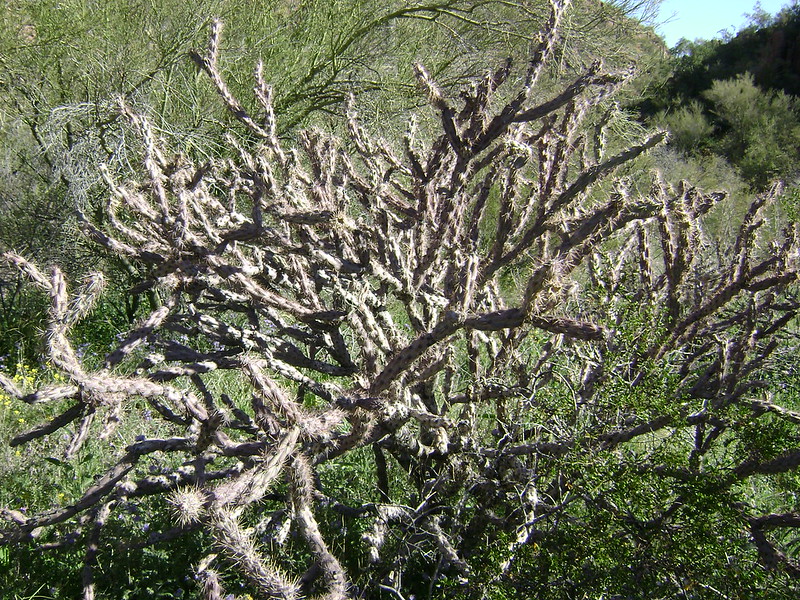 Even though it was morning the sun and heat were ever present. 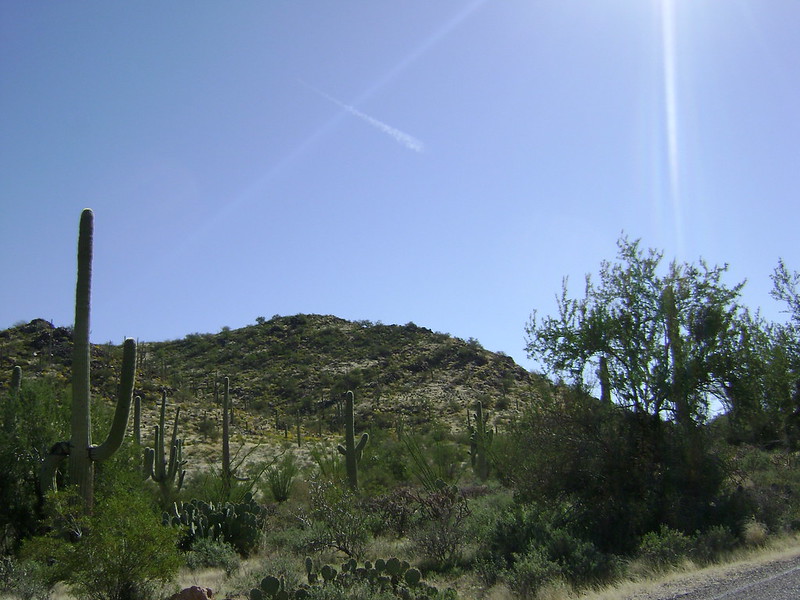 Saguaro and Ocotillo. I think Ocotillo looks a lot like rebar. 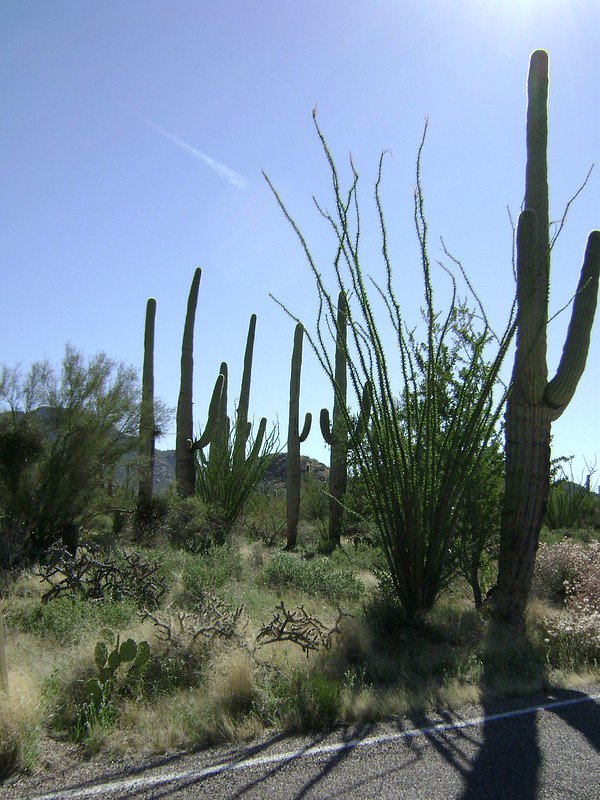 Most of the time Ocotillo looks like thorny sticks, but here you can see it fully leafed out. 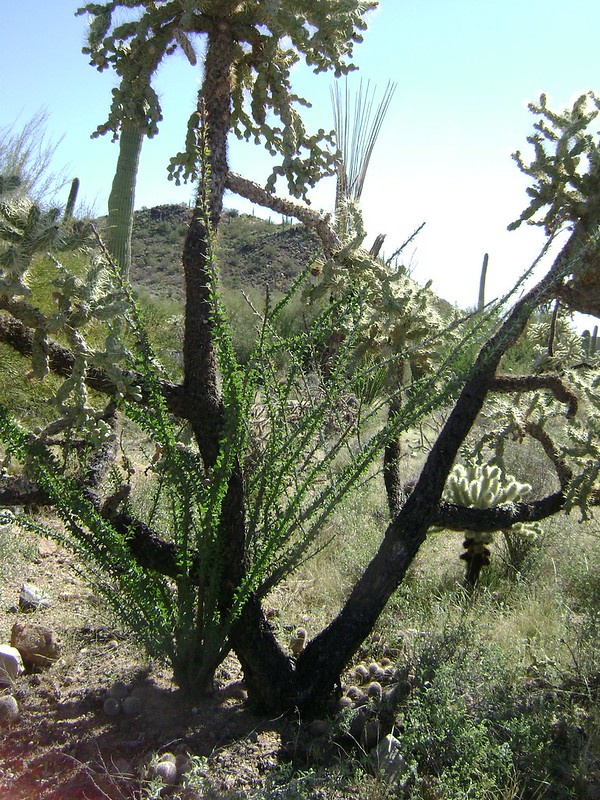 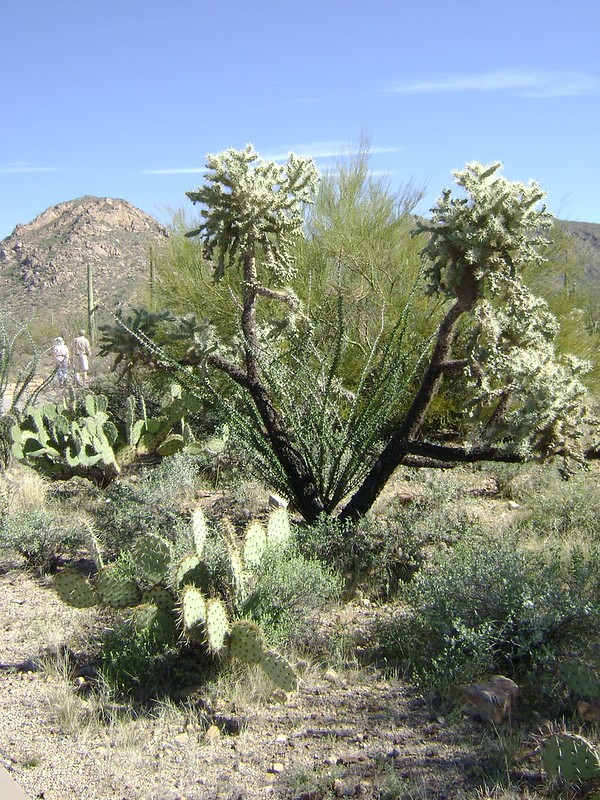 Another Ocotillo, I was impressed by how tall they could grow. 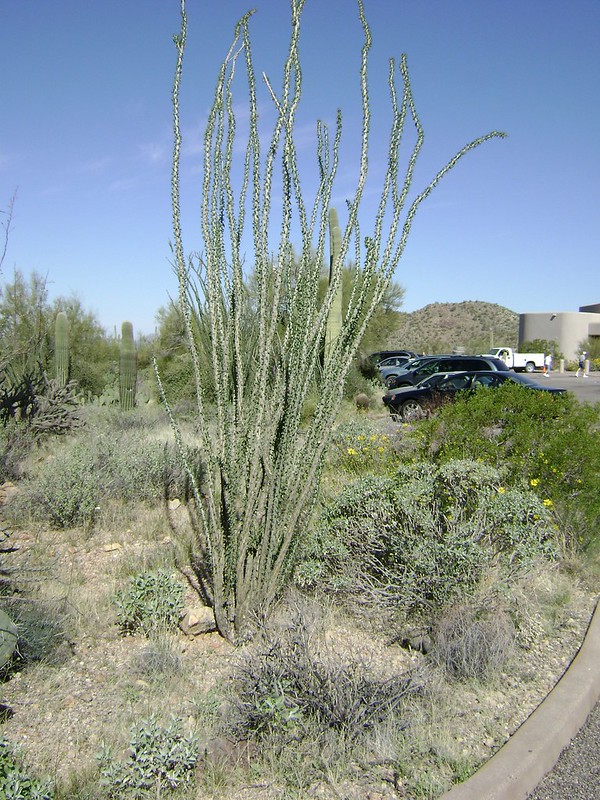 Here we have Prickly pear, Ocotillo, Saguaro in the background and foreground (armless), and I think a Palo Verde tree on the left. 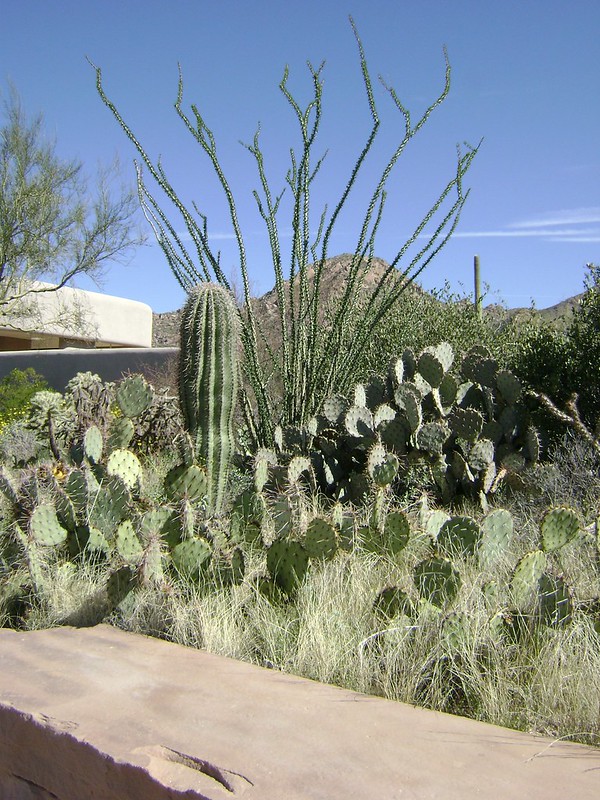 And now we add in yuccas 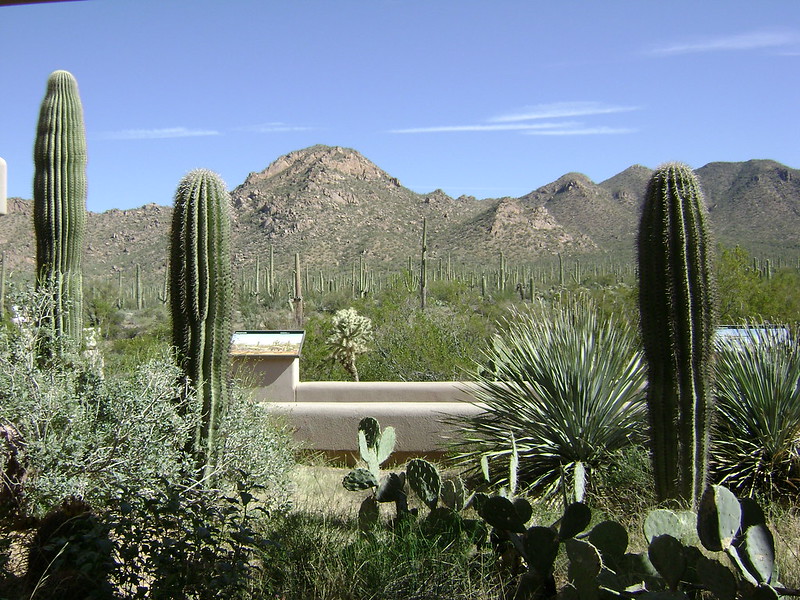 So much to learn and now remember.