A day of driving and birding March 17, 2008
We saw many birds including Pyrrhuloxias!! They never stayed put long enough to get a photo.

One of the several wild peccaries we saw cross the road 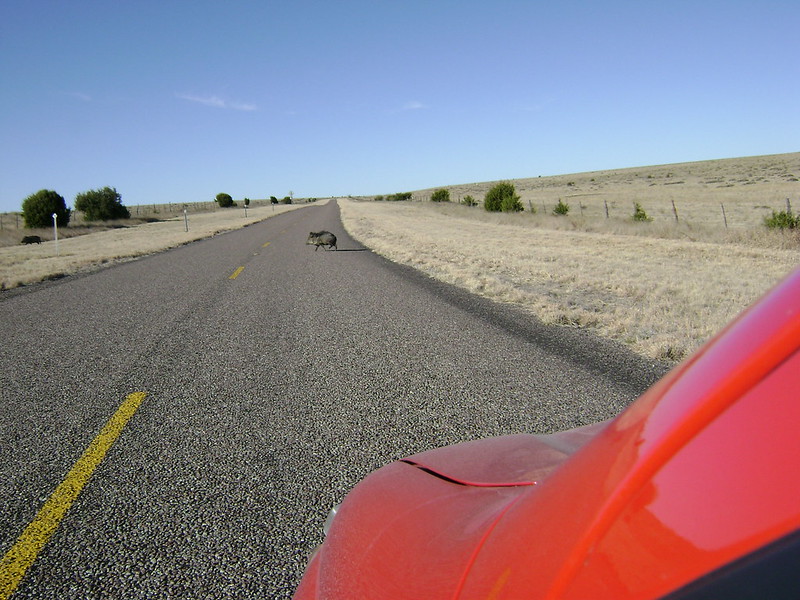 Texas land of the Longhorns 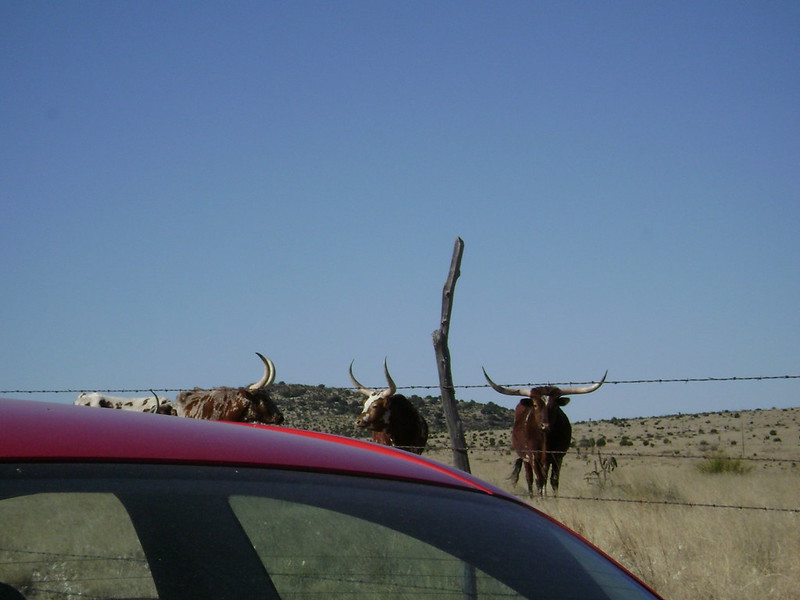 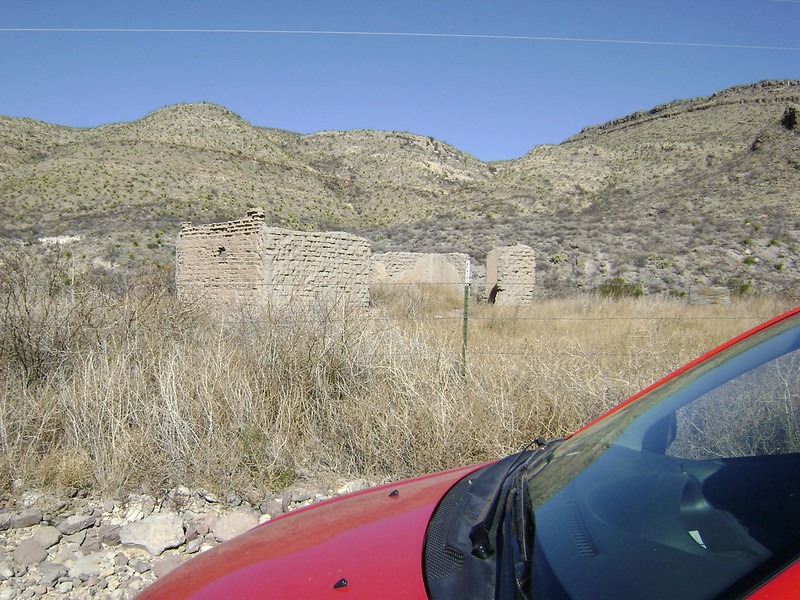 I wish I knew if these were two species of Prickly pear or one dead and one live. I looked it up. Opuntia santa-rita aka Santa Rita prickly pear is purple. 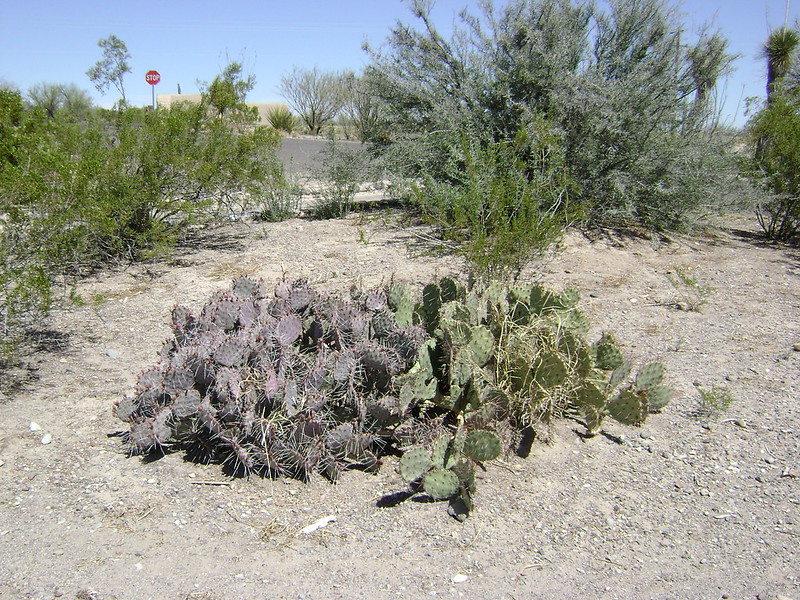 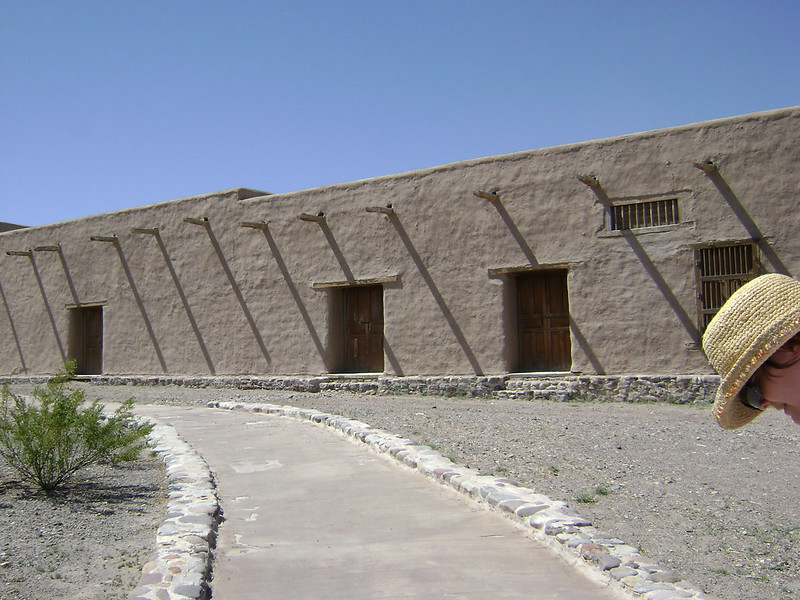 Palo Verde on the left, Mesquite on the right and dried Ocotillo used to roof the shelter 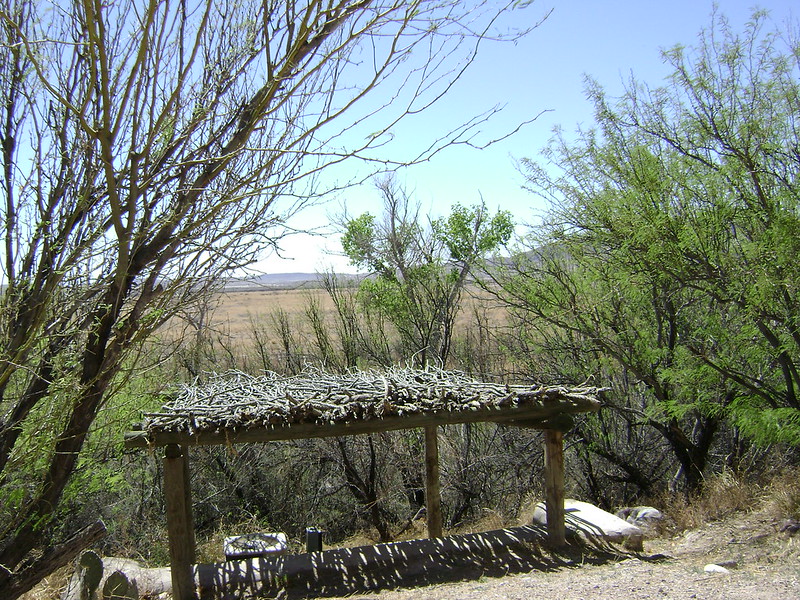 Shadows of an Ocotillo roof 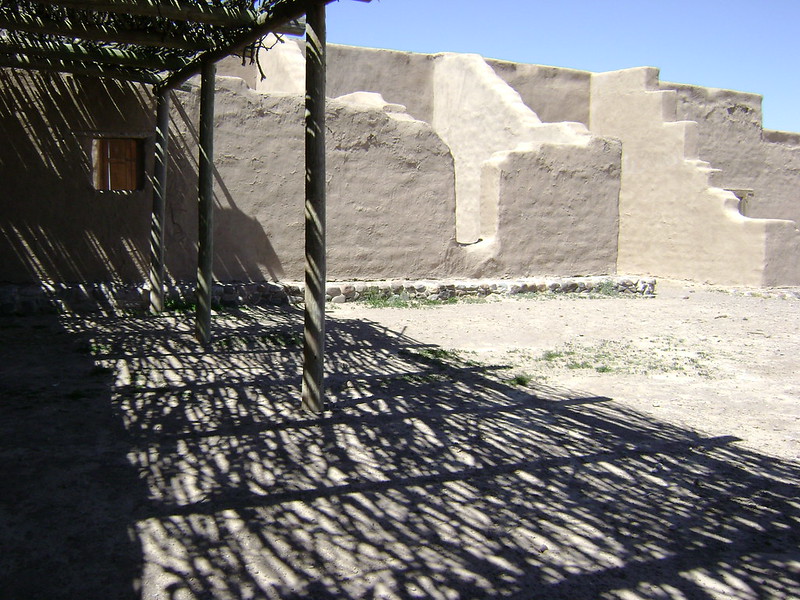 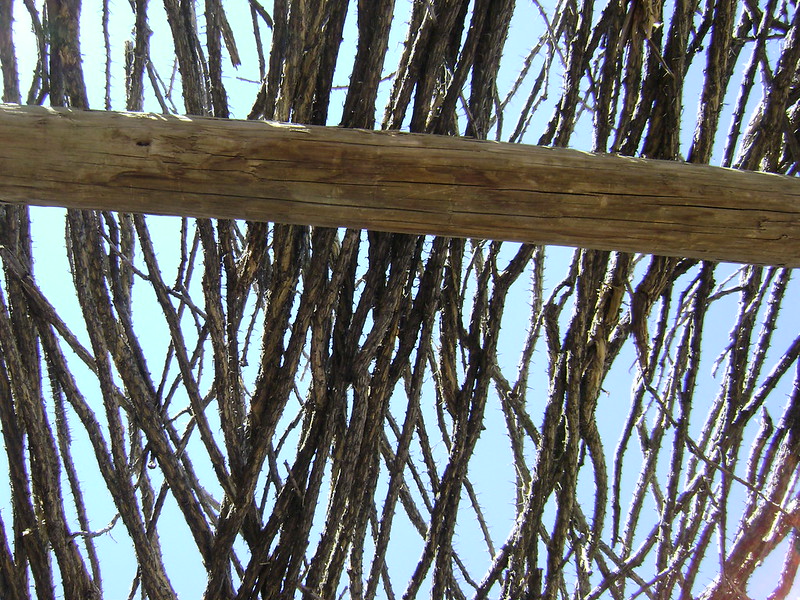 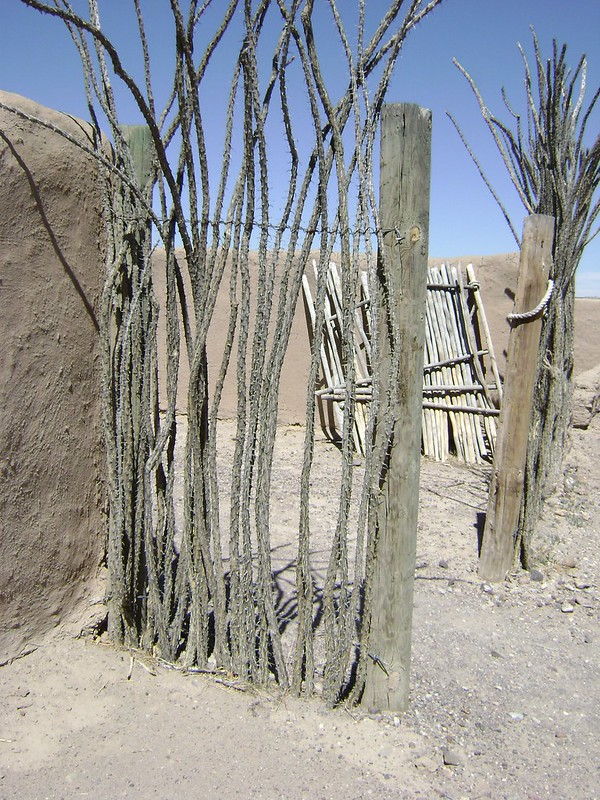 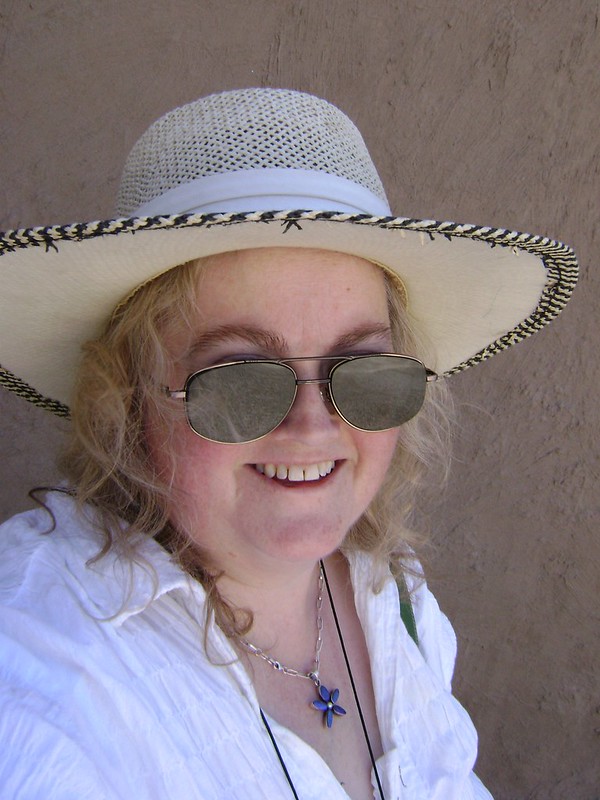 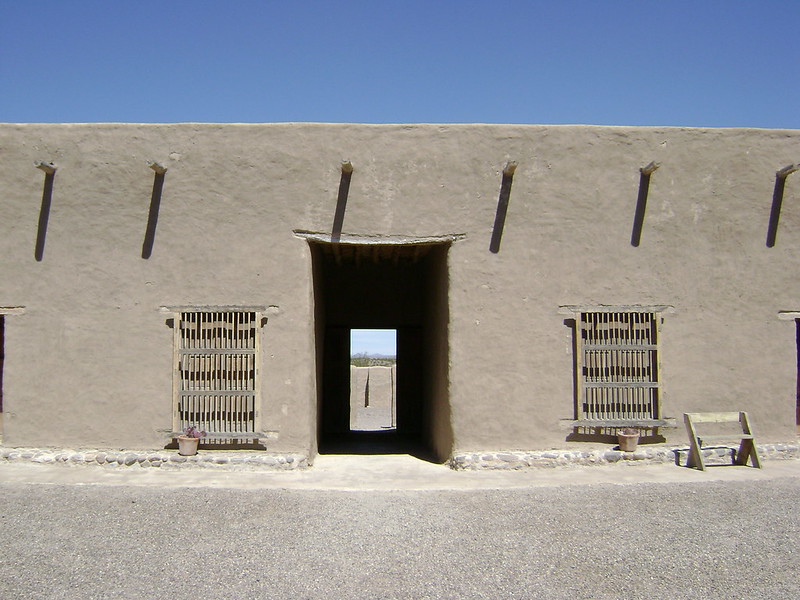 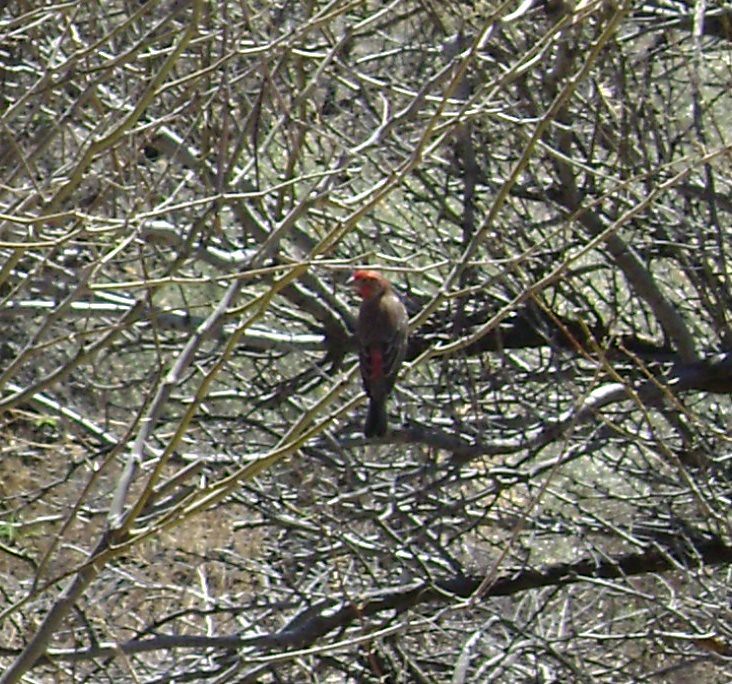 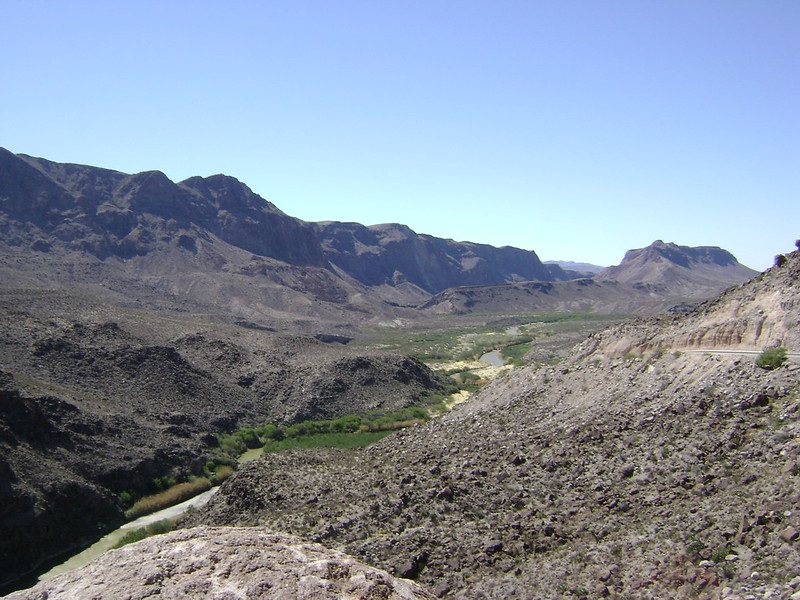 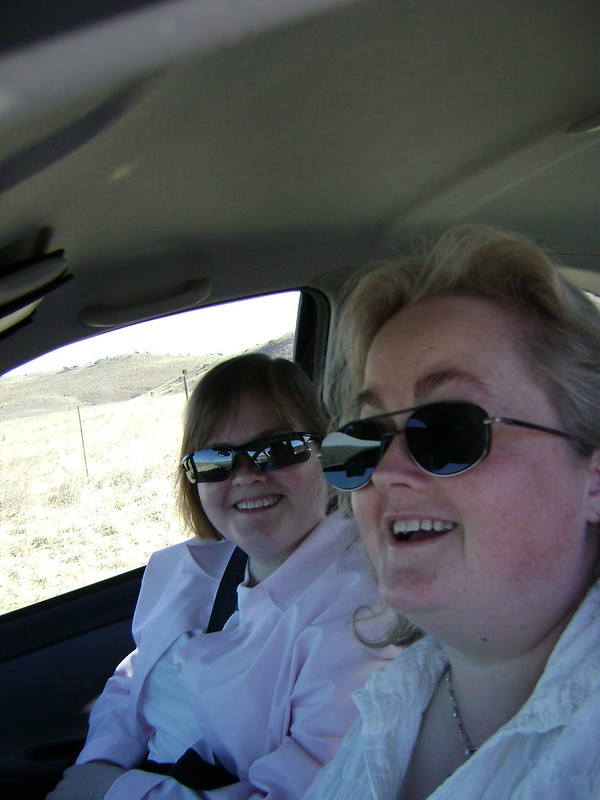 One thought on “Time Travel: Fort Leaton and Environs 2008”