I had to go to Drs in Idaho Falls on a Tuesday so I scheduled them one as early as possible in the morning and one as late in the afternoon as possible. This meant I could go birding at Mud Lake, Camas, and Market Lake. There are still a zillion hawks of all kinds and juvenile eagles too at fields around Mud Lake. Because it is hunting season most of the ducks were hiding or located on ponds where hunting is not permitted.

5 or 6 Hooded mergansers were here, they took off too quickly to get many photos. I’m always excited to see these since I see them so rarely. 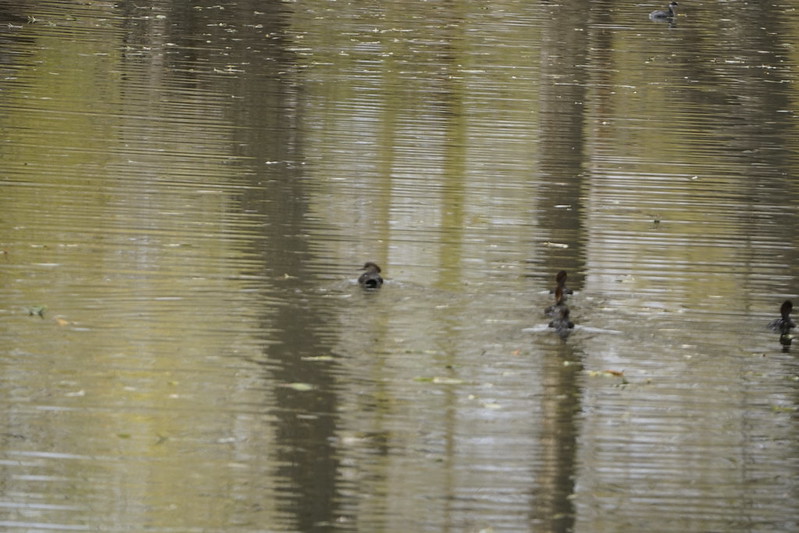 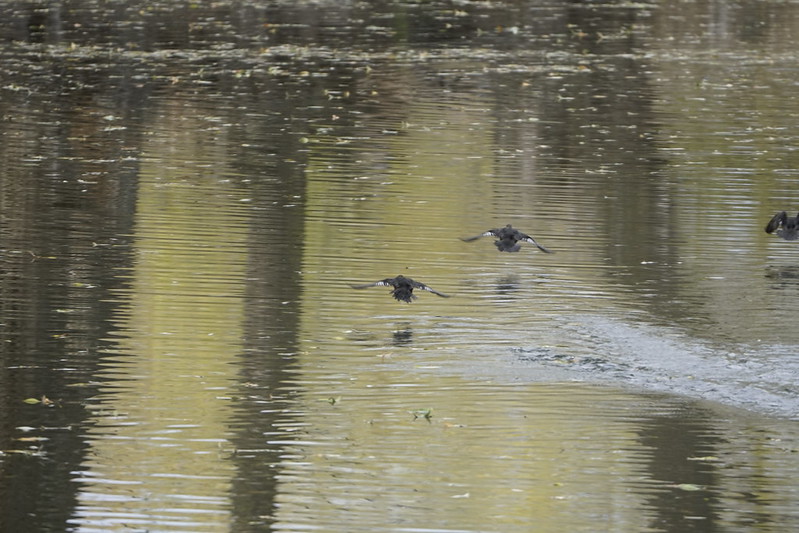 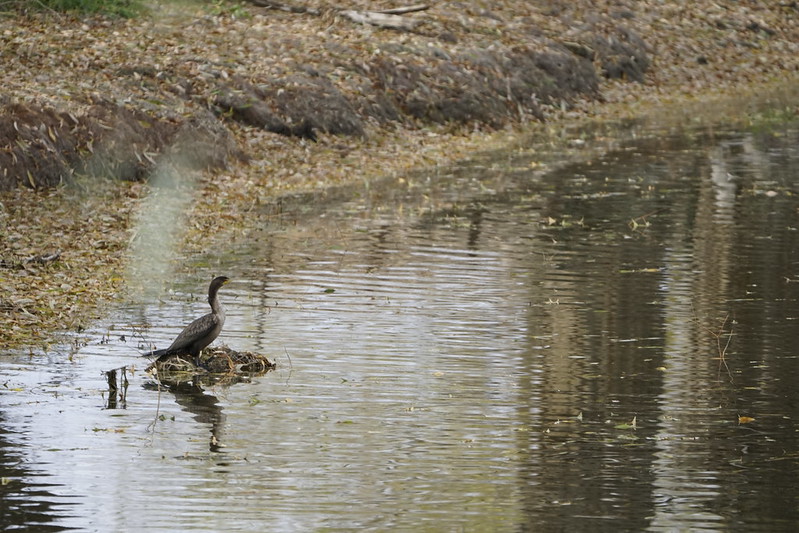 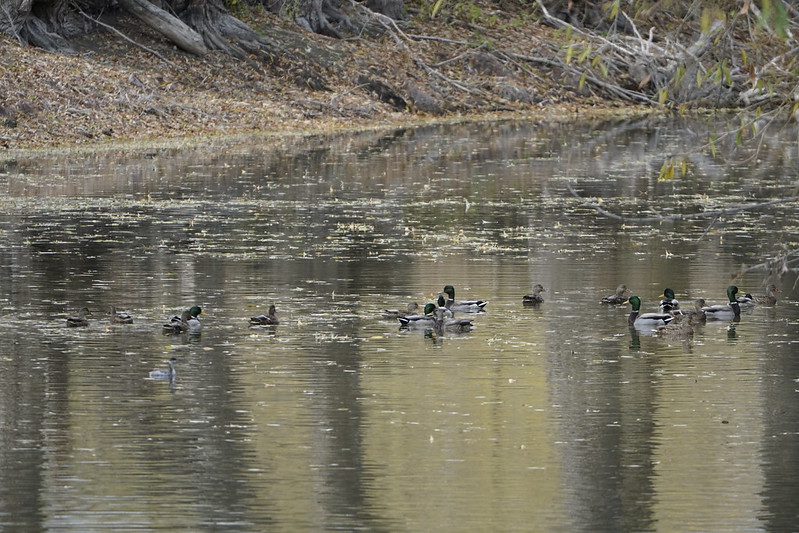 I saw a canine in the field with a bushy tail and immediately thought coyote. I immediately began the stopping, u-turn, and side of the road car maneuvering to take photos. While taking photos with the big lens I thought maybe it’s a dog. It was far enough out that I couldn’t really see it clearly. Eventually I reparked the car closer to the canine and WOW. I was wrong on all counts. A red fox!!! 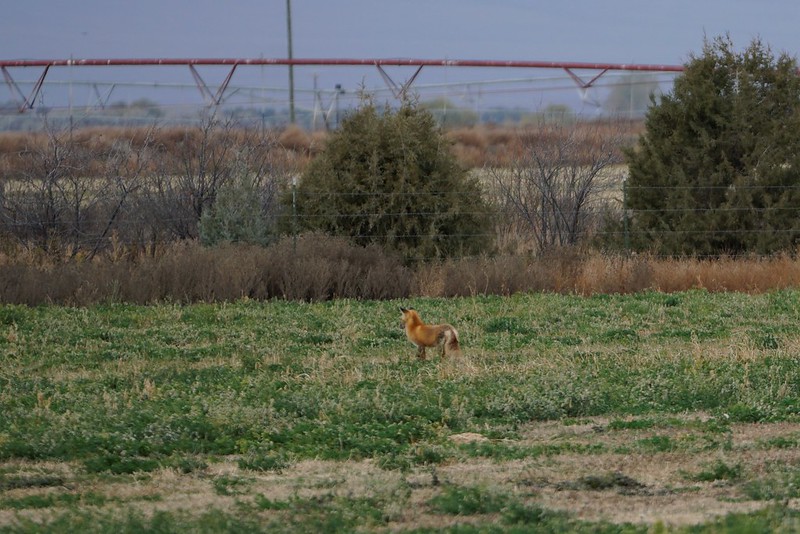 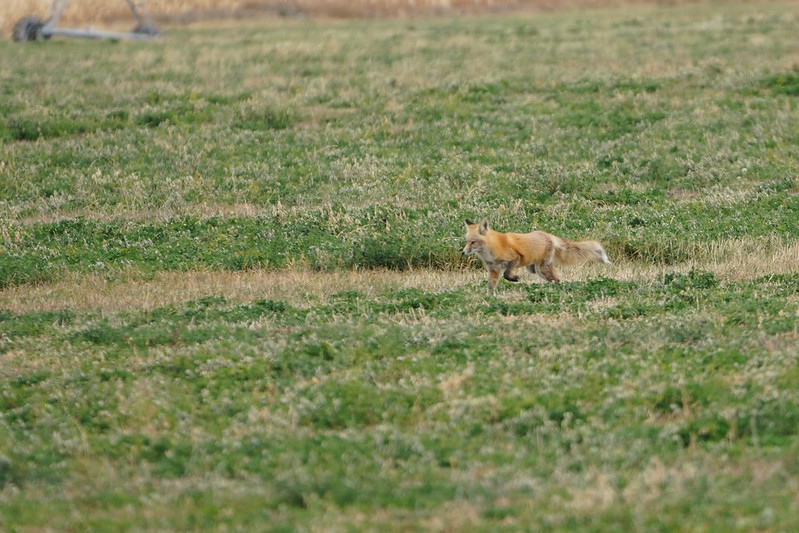 And there was this amazing juvenile Pied billed grebe 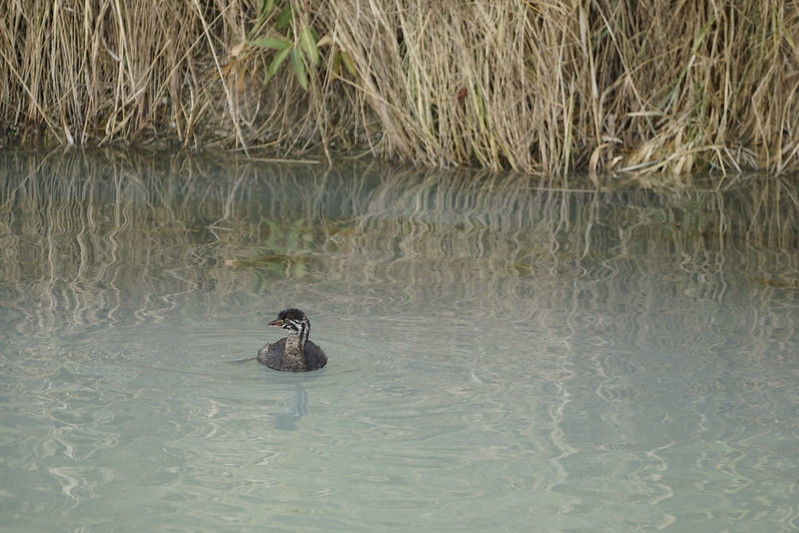 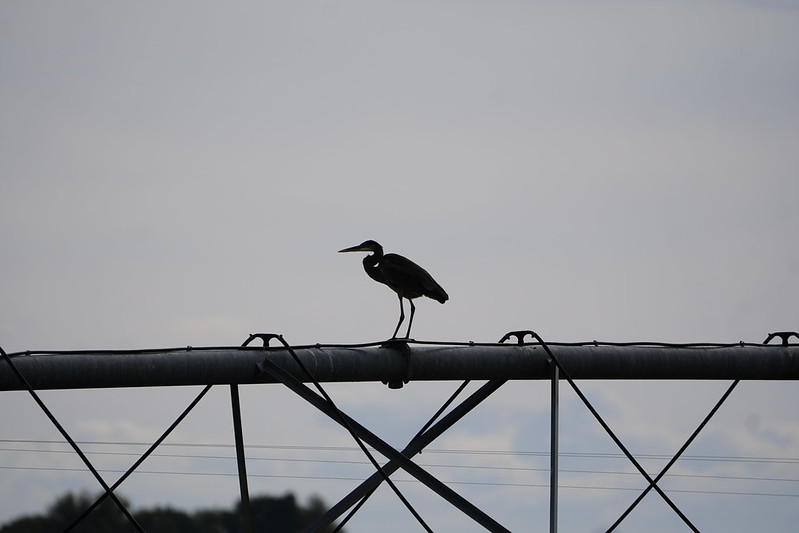 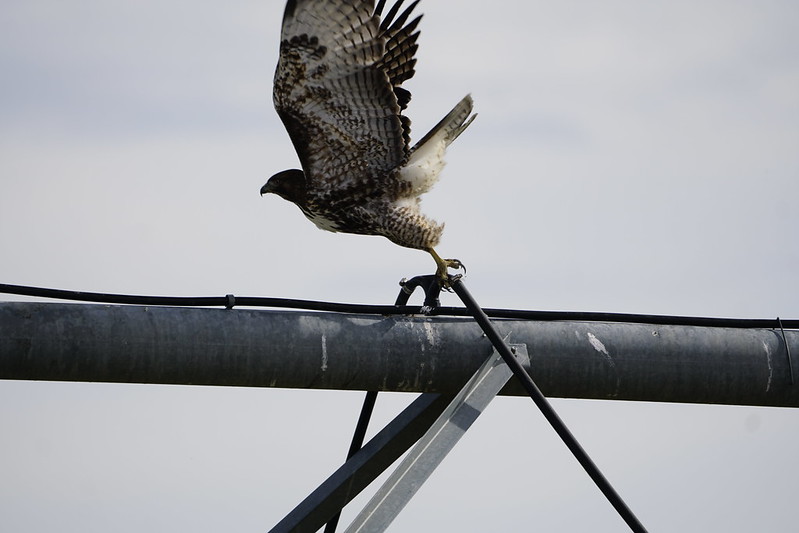 Rough legged hawk showing off the dark ovals under his wing and his feathered legs. 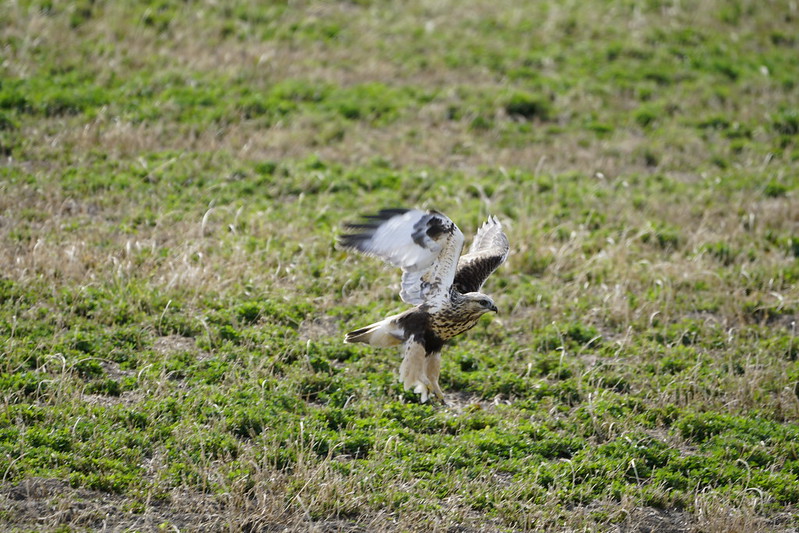 One thought on “Mud Lake in October”