Texas that is. Melinda and Mom and I got a chance to go birding (and grass identifying) around Italy and nearby Waxahachie. Mom who started us all birding moved on to identifying wildflowers and this year has decided to up her game to still another level and identify grasses.  She’s so amazing. 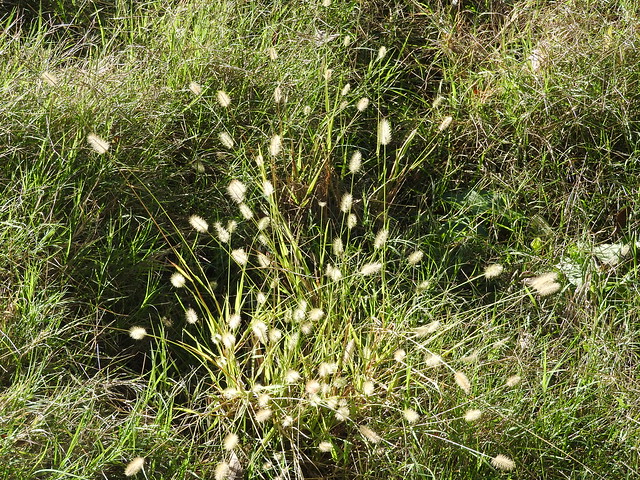 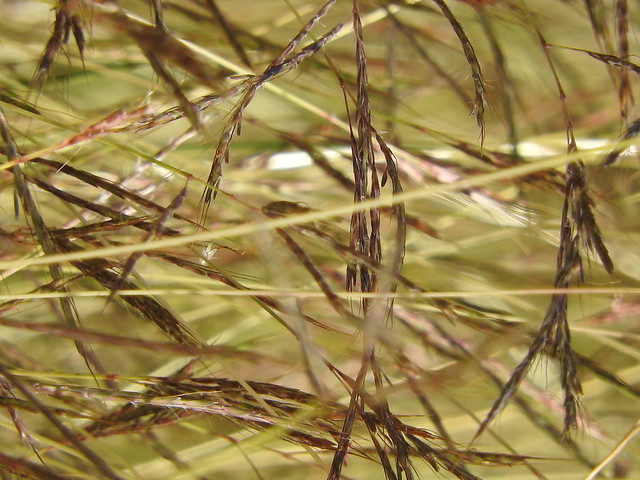 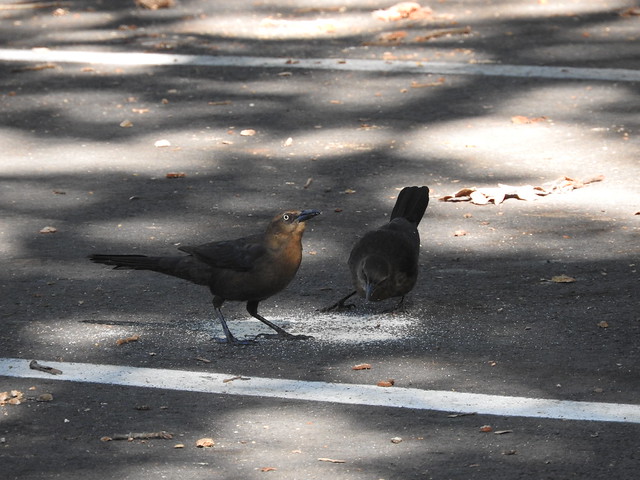 Back to the birding…  We didn’t see a lot of species but we did see birds.  Common grackles are common in Texas but rare in Idaho, so it was cool to see these noisy birds. 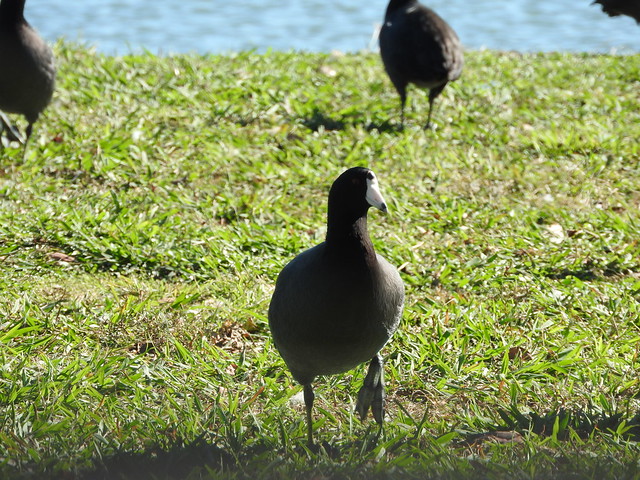 Way back when I first started birding with Melinda she pointed out coot feet to me. I think we were in a park in Monterey CA.  I had read about lobed toes but never realized how very different they’d look in real life. 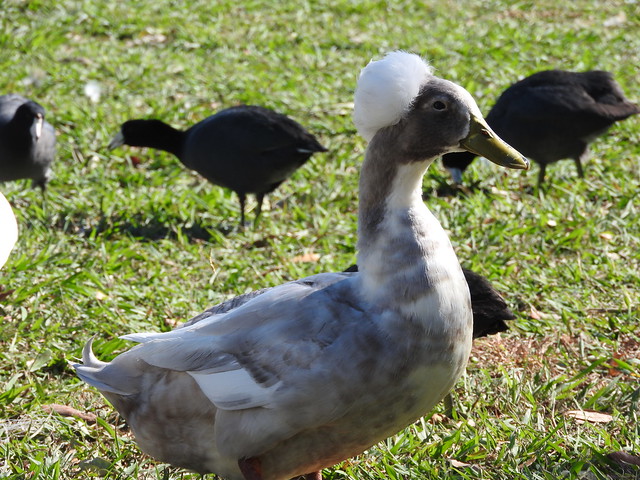 Manky or hybrid mallards are crossbreeds between mallards and domestic ducks.  The one above with the feather hat was adorable.

“One of the most fascinating finds when watching domestic ducks is the odd duck flaunting what appears to be a large powder puff, cotton ball, or afro on its head. These are called Crested Ducks and are sometimes considered their own manky breed. However, the crest is actually the manifestation of a mutation; the crest is formed from fatty tissue that seeps through a gap in the bird’s deformed skull. Sounds grisly, but the mutation clearly isn’t fatal, though it can lead to health and balance issues. At least it looks cool!” — Domestic or Manky Mallard at 10,000 Birds 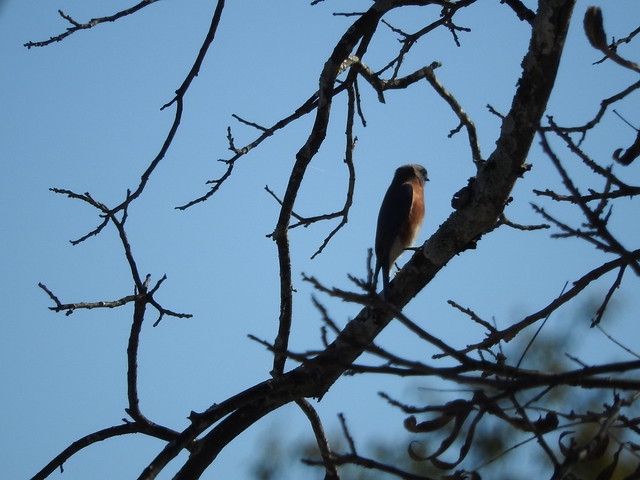 There was one tree and it had the largest variety of birds we found anywhere.  It included: Carolina chickadees, American goldfinches, Eastern bluebirds and an American Kestrel.

Lastly, a very cool downed tree in the park. 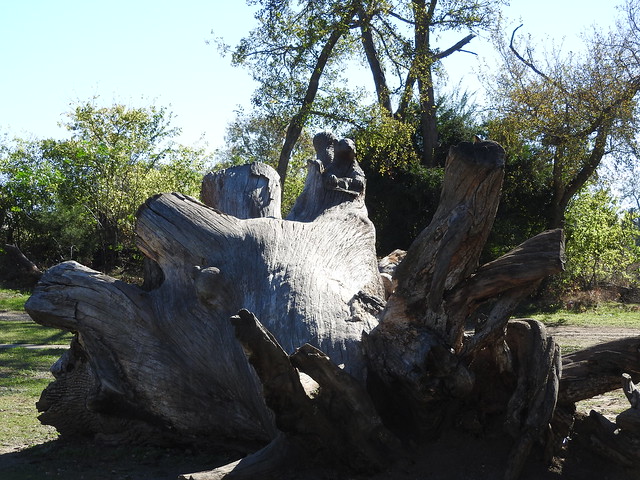 We drove back to Italy and dropped mom off then up to DFW’s airport to pickup Shanna.  YAY!