I had no idea there was a Wildlife park near my parents house in Italy TX.  (Fossil Rim Wildlife Center in Glen Rose) Okay, near in Texas terms is an hour drive, but still…  We decided to take two cars Jessica, Doug and their two kids (Rachel and Joey) in one and Melinda, Shanna and I in the other.  Dad drove to the park and with Jessica at the half way point in the park he moved to our car. 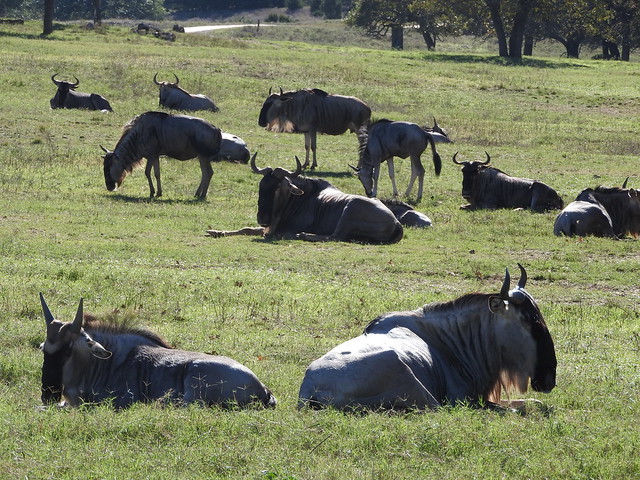 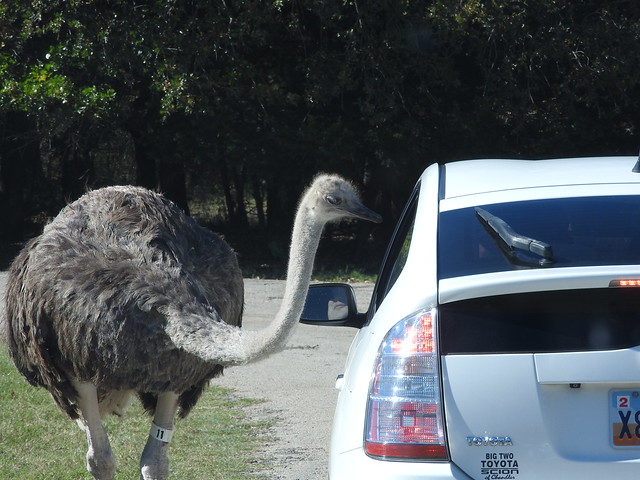 He’s looking in at Rachel & Joey in the back seat. This was before we got separated. I was much slower since I wanted to take pictures. 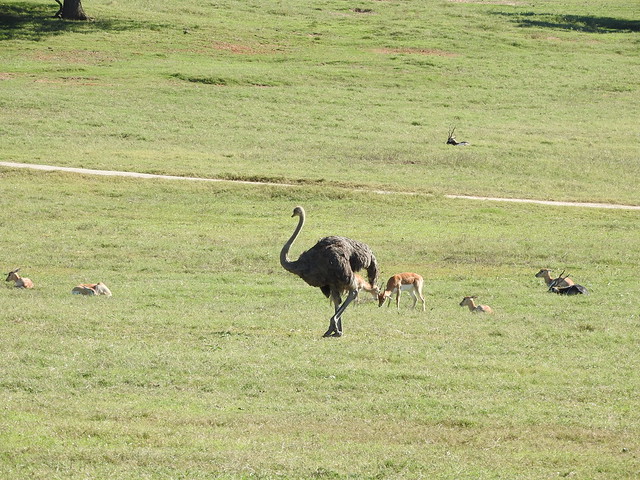 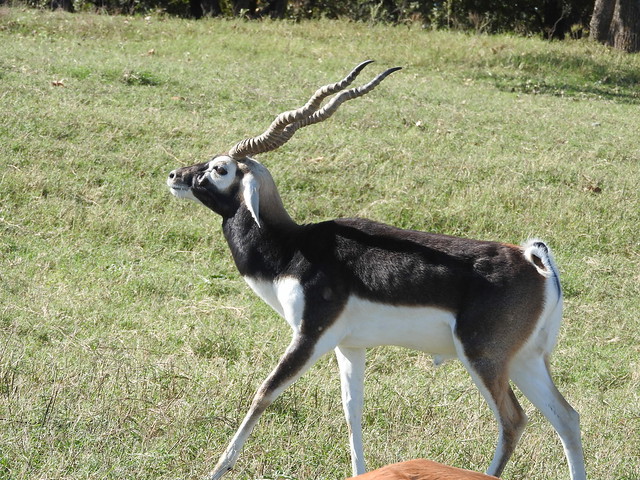 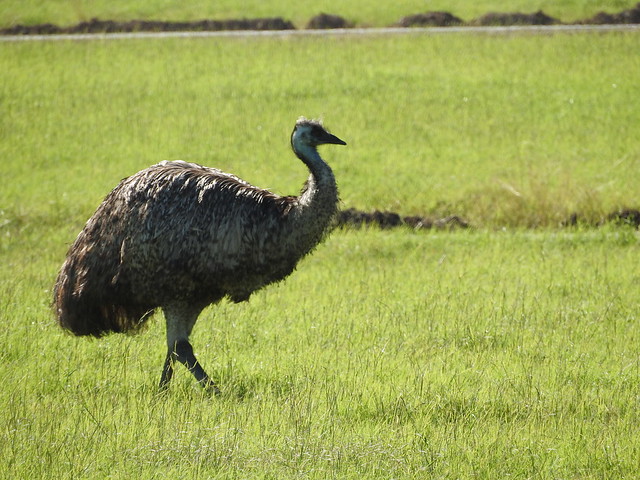 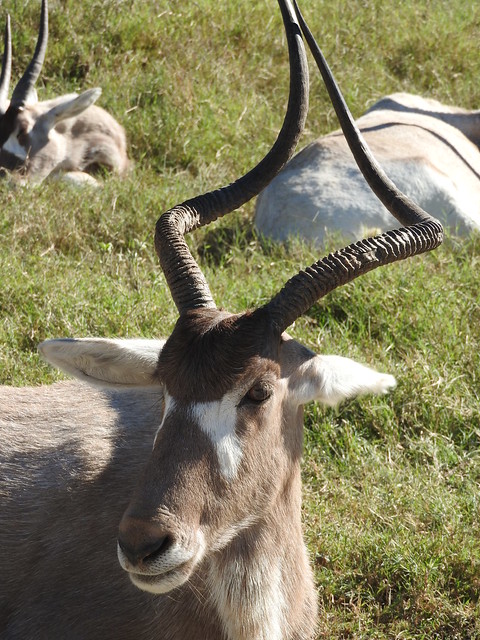 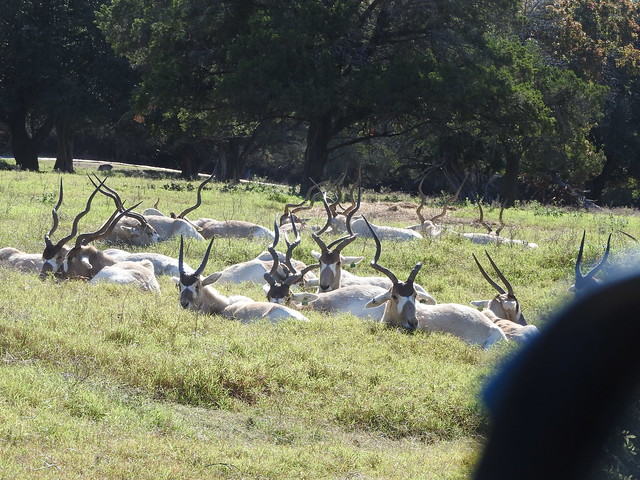 We thought the field of Addax  looked a bit like a field of spears from a distance. 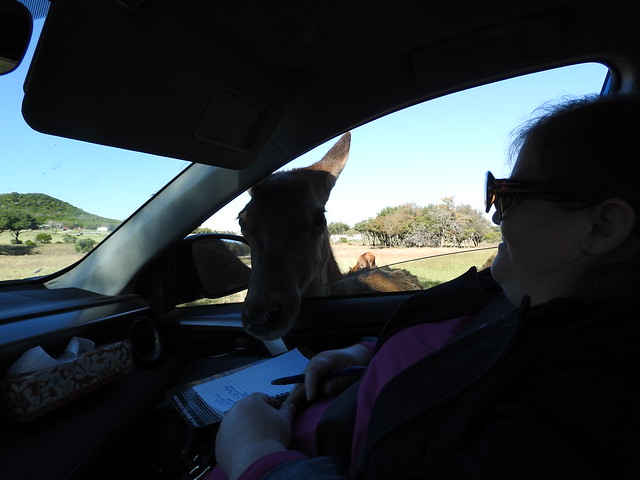 Ah yes, I’m taking photos out of my side of the car when Melinda says “Do you want to take a picture of this?”  Why yes, yes I did. 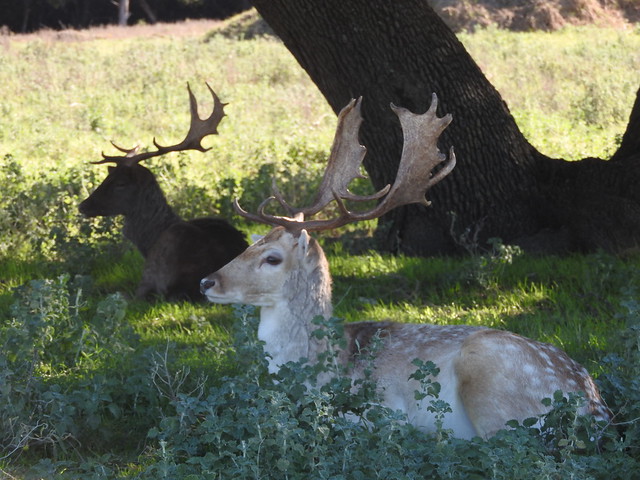 Not only is there one in the shade, but his coat really is a dark brown. Fallow deer come in a range of colors. 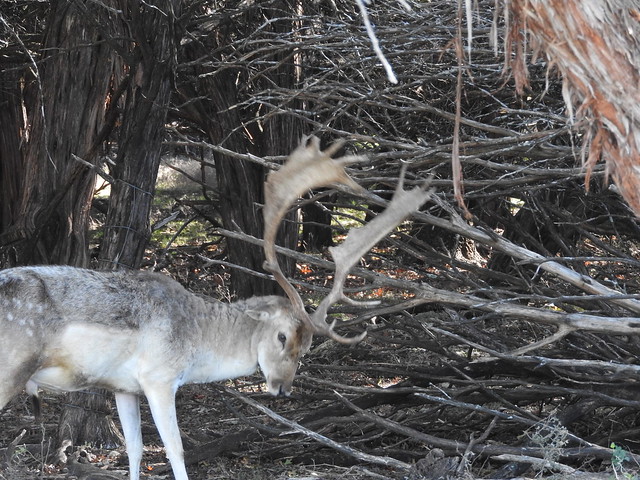 This one was fighting the downed tree branches.  Probably rubbing velvet off his antlers but it looked like an argument to me. 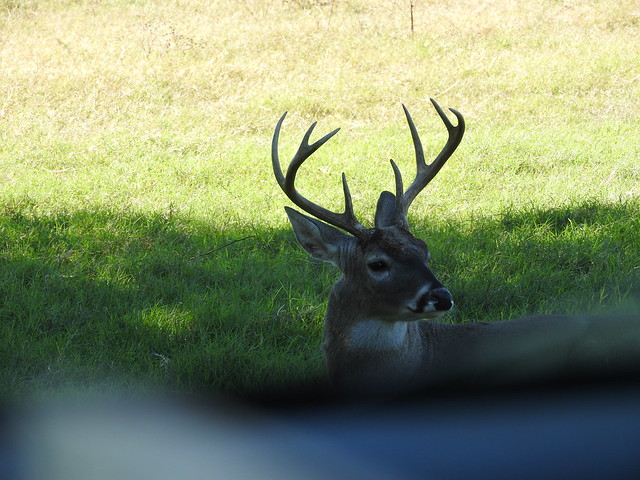 And there in the middle of all of these exotic species was one little deer that didn’t look like the others. 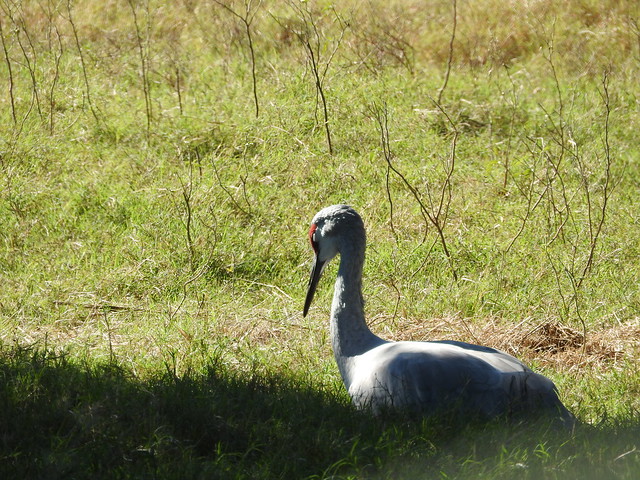 YAY Birds!  We also saw wild turkeys, though they were deep in the shade hiding from my camera. 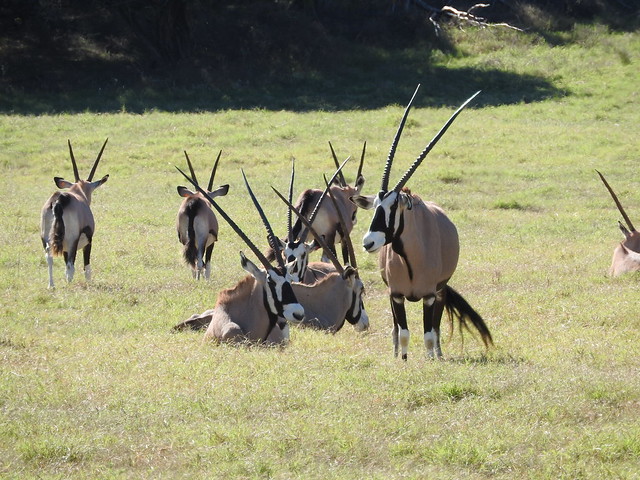 These gorgeous gazelles will always remind me of the movie Far Off Place. Reese Witherspoon stars in this when she was quite young. It’s the tale of two teenagers and their native friend who escape trouble by crossing the Kalahari desert. 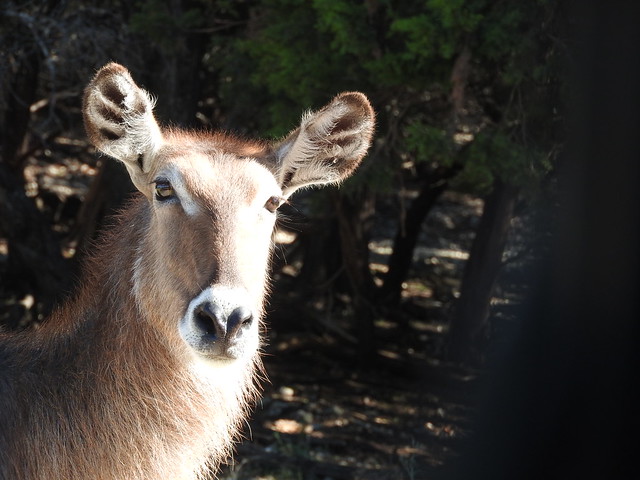 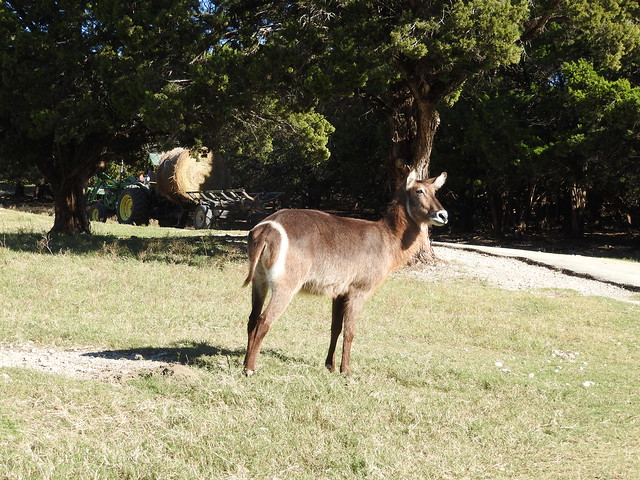 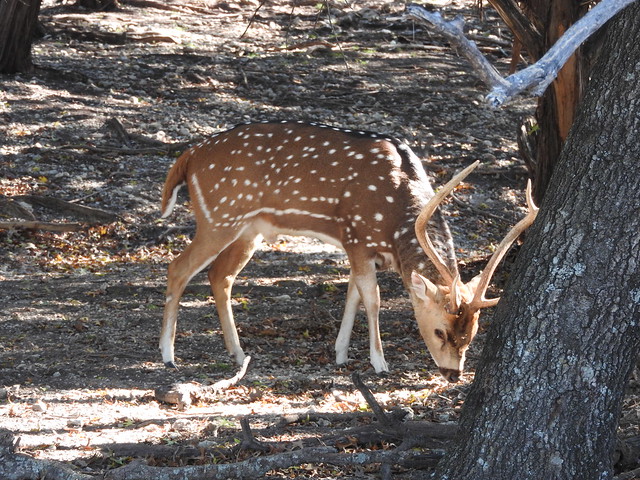 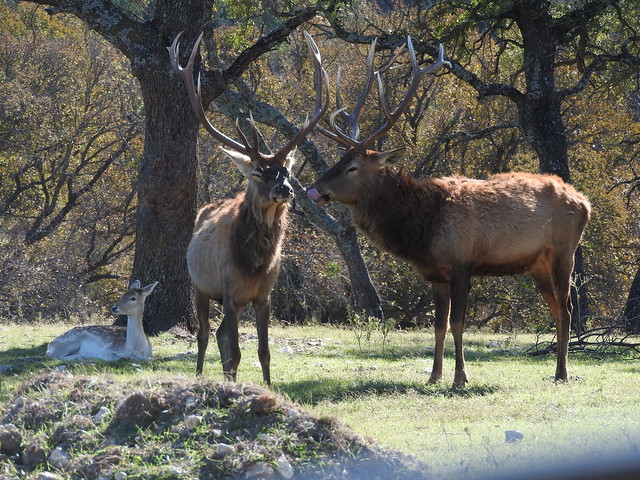 These guys look a lot like our native Elk – Cervus canadensis 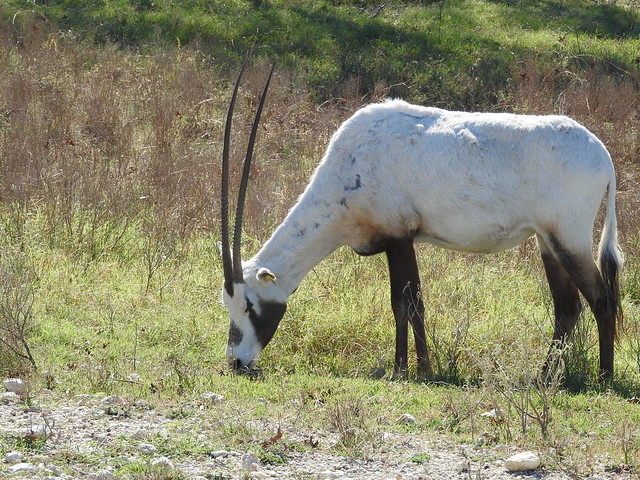 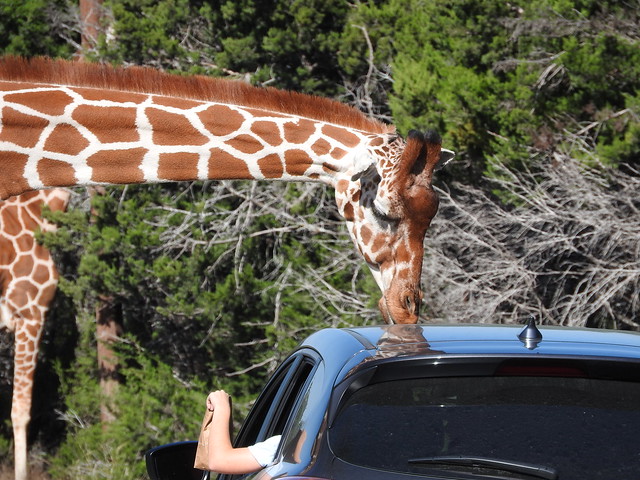 You could hear the girls in the car in front of us laughing in delight as they fed the giraffe. 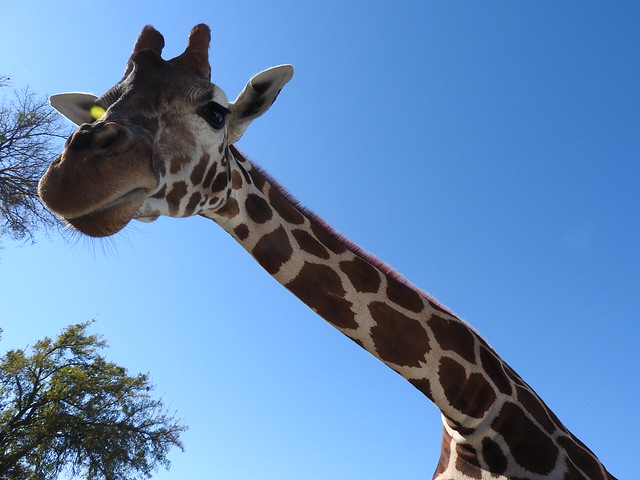 I got to feed this one. So gentle, so amazing!  Shanna and I recently watched a Nature documentary on PBS Giraffes: Africa’s Gentle Giants. It was wonderful. 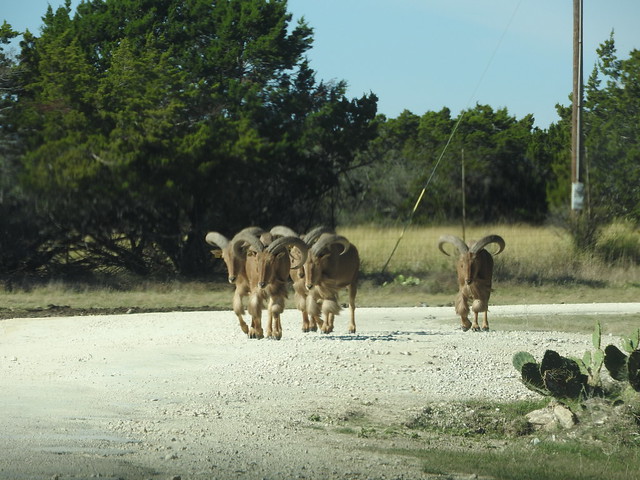 They walked towards the car looking like a gang ready to cause trouble. 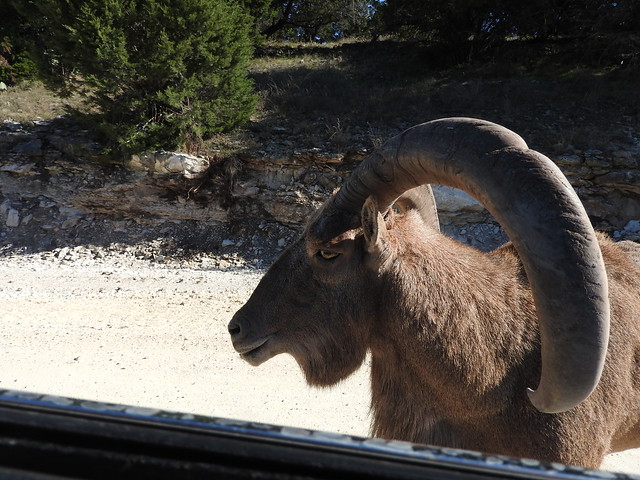 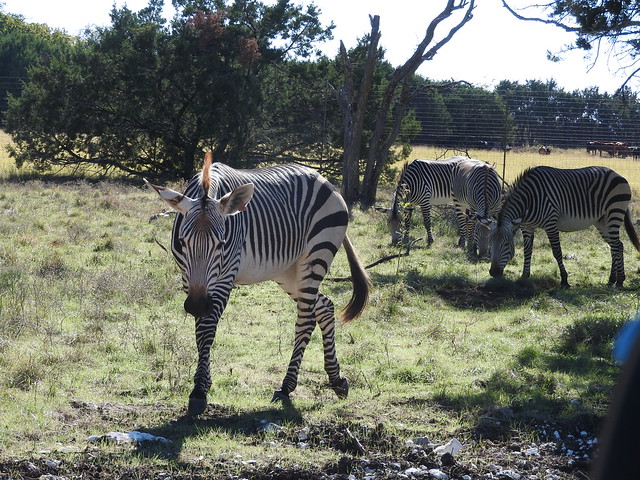 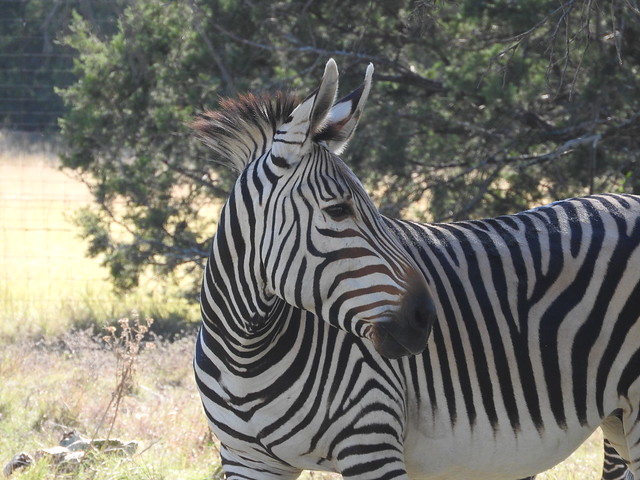 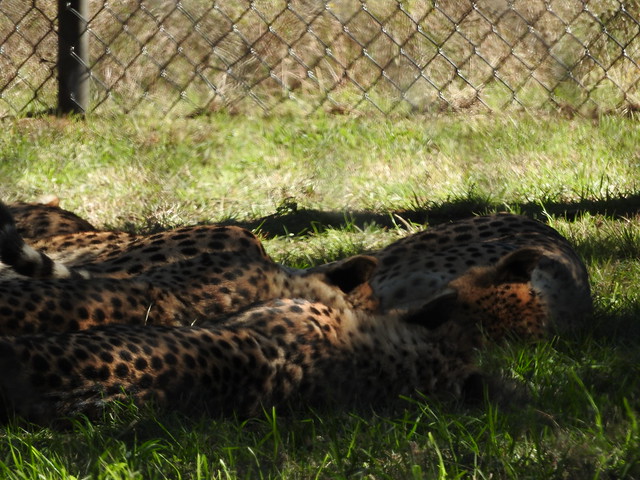 Hooray for a telephoto lens.  Dad & Shanna were the first to spot these spotted cats sleeping the day away under the trees.  I don’t know that I would have been able to find them without their help. 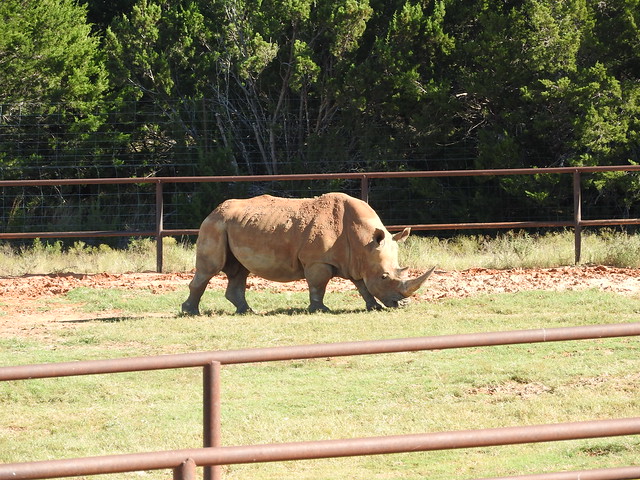 If I had to pick a favorite animal from the park it would have to be a Giraffe.  If I have to choose from the deer/gazelle/antelope which predominated then I gotta say I fell in love with the Blackbuck.

The end, by a Blackbuck 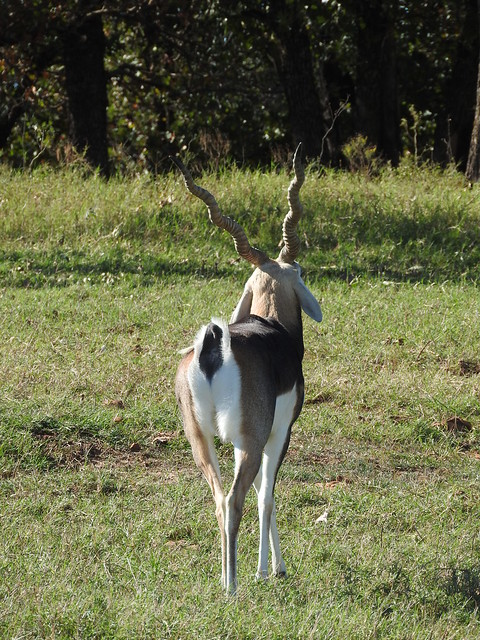