We (John, Bill, Shanna, Jenny) left Pocatello in the afternoon and arrived in SLC early enough to checking at the hotel and get in a bit of shopping.  The Edinbugh Castle Scottish Imports seemed innocuous enough for me, after all this was a shop on John’s priority list. Two hats later it was my most expensive stop. We then scampered back to the hotel where we left John and Bill.  I had gifted two tickets to the Alton Brown concert to Shanna for her birthday. Luckily she invited me along.  J&B came for the shopping.

The concert was awesome, funny, and crazy.  He froze stuff, sang, popped mega popcorn, interacted with the audience praising bacon and joking about the current ubiquitous condiment…siracha. We loved it. Next we fetched J&B and tried to find dinner.  Unfortunately Cafe Trang has closed its downtown location. Red Iguana had a big line out the door so we risked a hole in the wall Vietnamese restaurant that was awesome. 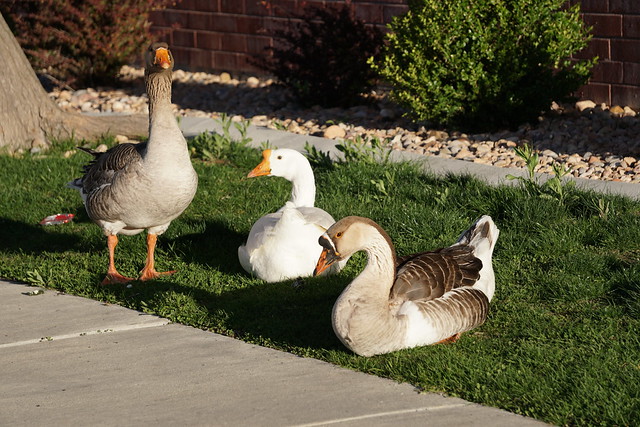 Saturday before dawn I went out to the Great Salt Lake by Saltair to take photos. I think it will take a long time to really learn how to make this camera work well.  I did see the regular suspects as far as birds. There were some stylish domestic geese in a parking lot near the hotel.

Sunrise at the Salt Lake 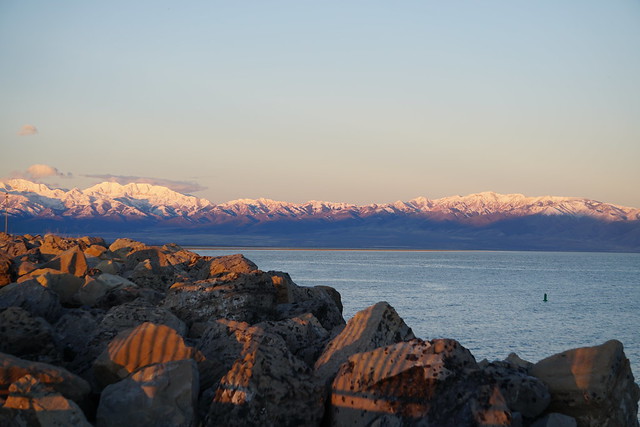 After the sun was fully up I picked the sleepyheads up and we headed for breakfast at the Coachmans. Then the real shopping madness began… D.I., British Foods, Dutch Foods, Cost Plus in Farmington, DI in Layton. Once the car was as full as we could pack it we stopped at the Little Taste Of Britain for dinner and headed home.

More of the sunrise 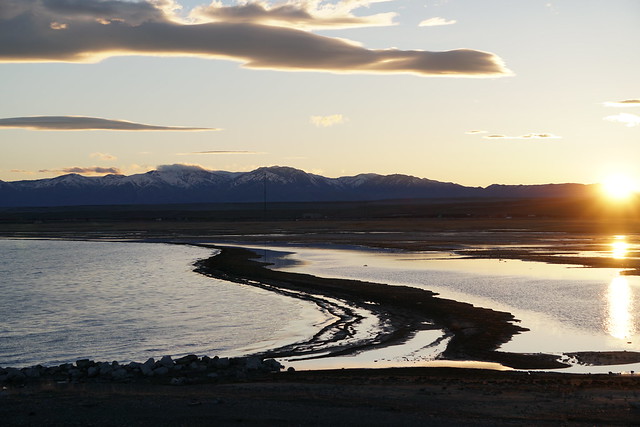