I headed out early in the morning for Casper WY and the CNFR (College National Finals Rodeo).  ISU had 6 students competing.  I had hoped to do some photography/birding in Jackson on the way there but flooding prevented me from taking some of the detours I wanted.  It was a lovely drive though.

I alway stop at the Ririe rest stop because I never know what birds I will spot.  This day I found robins: 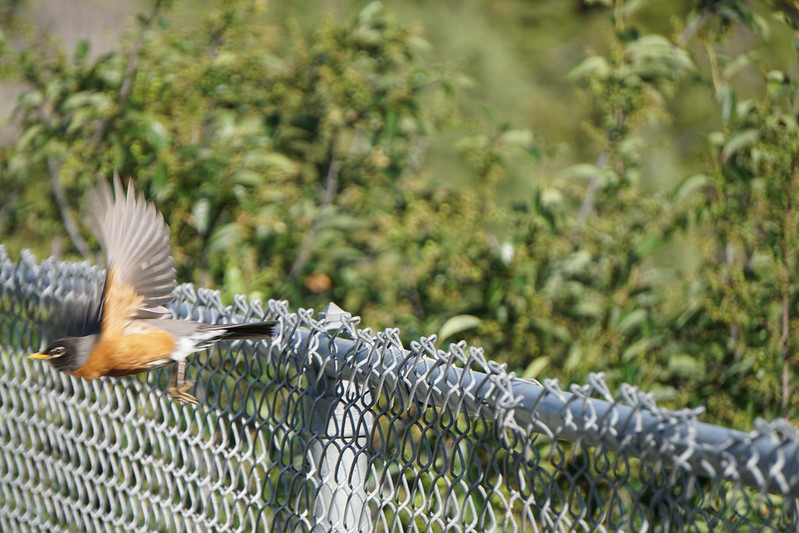 And a soaring Osprey photobombed by a tree swallow. 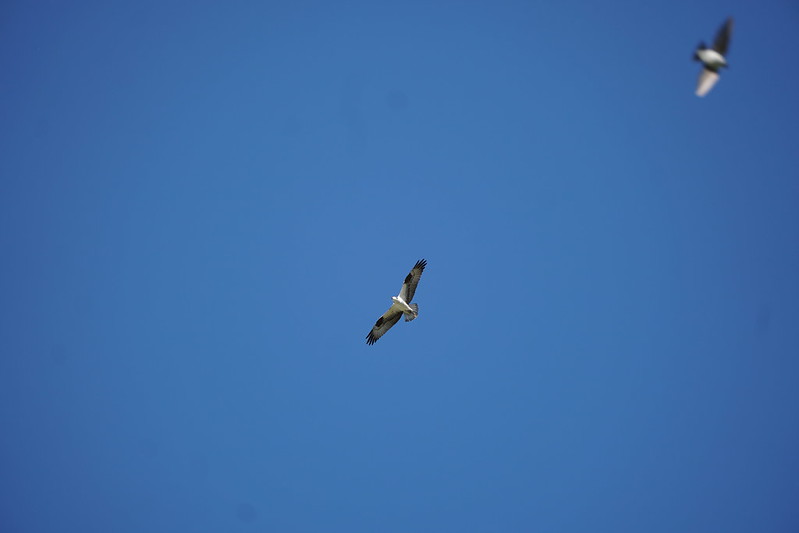 There were other birds there including what I later discovered was a Cedar waxwing, but only after zooming in on the somewhat blurry photo.  I find it difficult to juggle a camera and a pair of binoculars. The binoculars have a better zoom…  So I’m always trying to decide if I should wear/bring both or just one, and if one, which.  *sigh* There’s no good answer to this dilemma. In the end I frequently just bring the camera and end up identifying blurry birds later on my computer.

In Jackson at the visitor’s center I found the craziest Princess Parking.  Hybrid only?!? No those aren’t scratches on my car but reflections and dirt, lots of dirt. 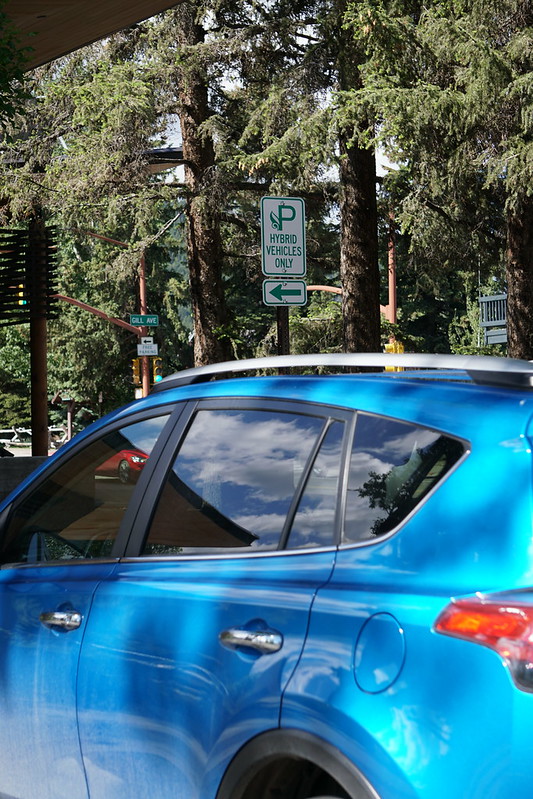 I’ve never driven over the mountains to Dubois WY.  There was a lot of snow and it is gorgeous. 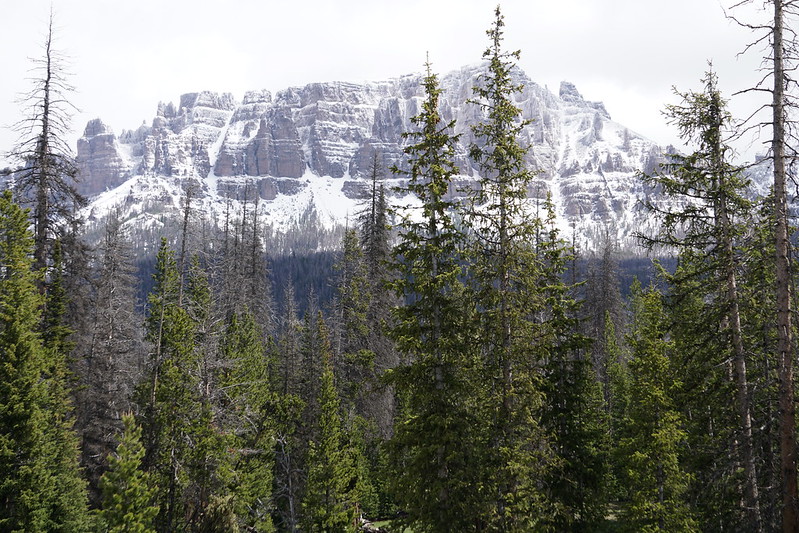 Got to see the usual birds such as pigeons, doves, starlings, robins, crows, ravens, blackbirds, swallows, red tailed hawks, and magpies. But I also spotted a Mountain bluebird at the fish hatchery outside of Jackson Hole.

The Rocky Mountain Rodeo team won the softball tournament which is why we got to ride with the trophy in the opening ceremonies. 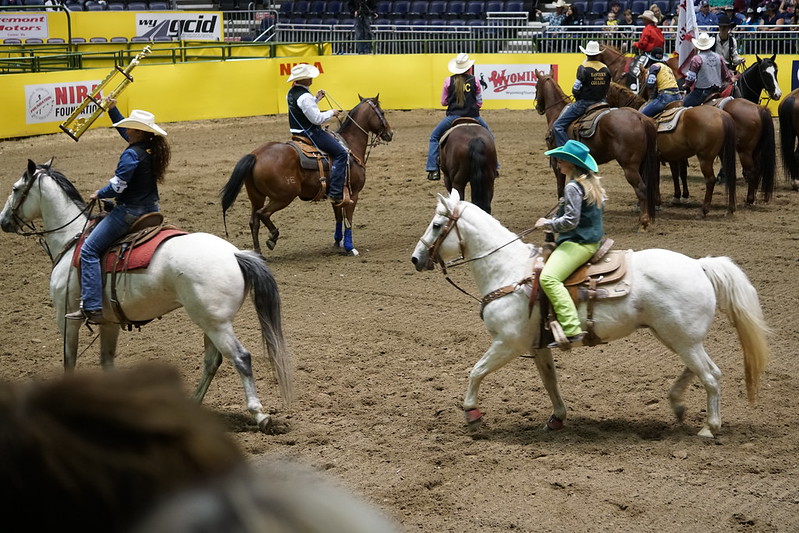 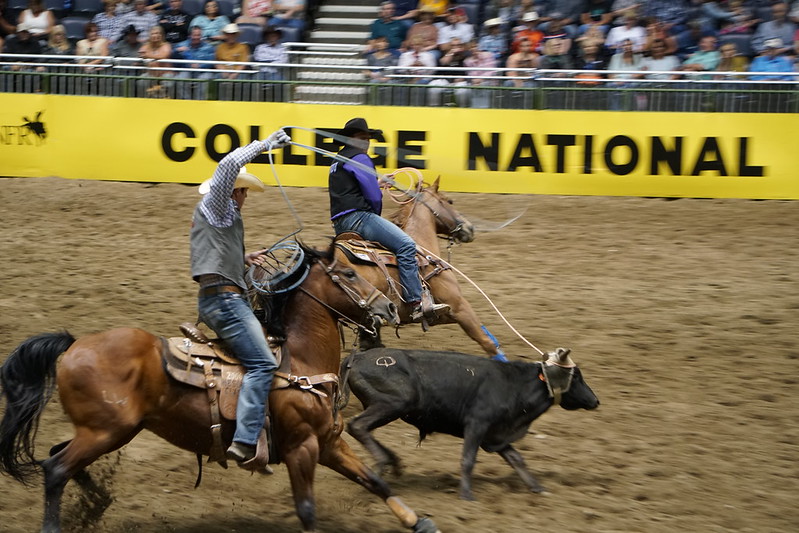 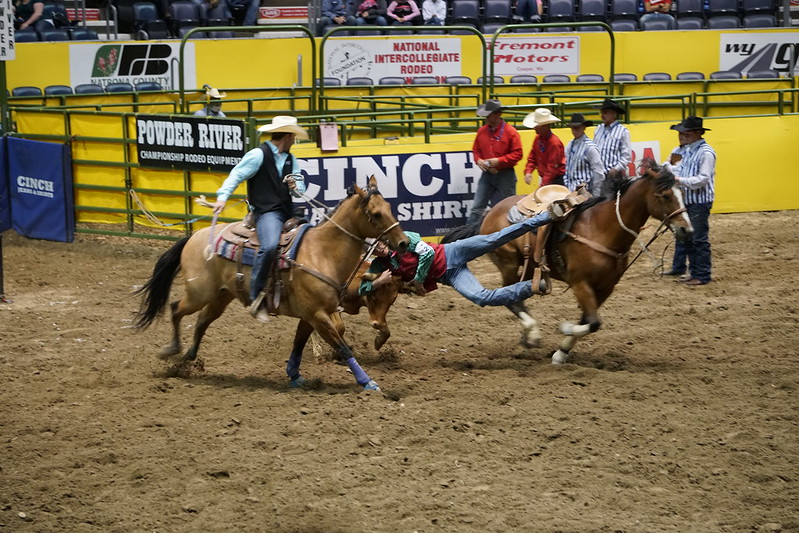 And Makayla (ISU) dismounting on the run for goat roping 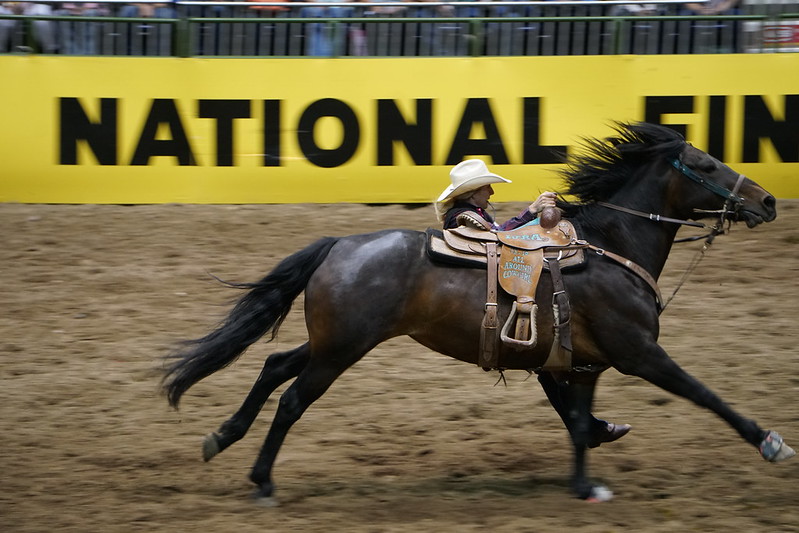 It was a very fun, and very full day and when I got back to my hotel at 10:00 I still had photos to process. Thank heavens for fairly good internet at the hotel.  I was able to get the Facebook stuff up for the ISU team that evening. — Jenny