7/29/2017 Shanna and I needed to go do something as just us.  We may live and work at the same places, but our lives don’t actually connect except around mealtimes and other household activities.  So we decided to go explore a little dirt road that I found on the paper Idaho atlas.  It looked to me that it would take us from Ashton to Grand Teton National Park.    It was quite a drive.

The drive was really slow, in part because there were so many things to take pictures of.

It has been super hot all week high 90s, and we were hoping for a cooler drive.  Our wish was granted and a light sprinkle of rain drove the temp down (of course we were also climbing in altitude too).  It was in the 70s for a large part of the drive.

As we were driving we came around a bend in the road and saw all of these lightbulbs on long stalks.  It was quite a surprise, they were magical. 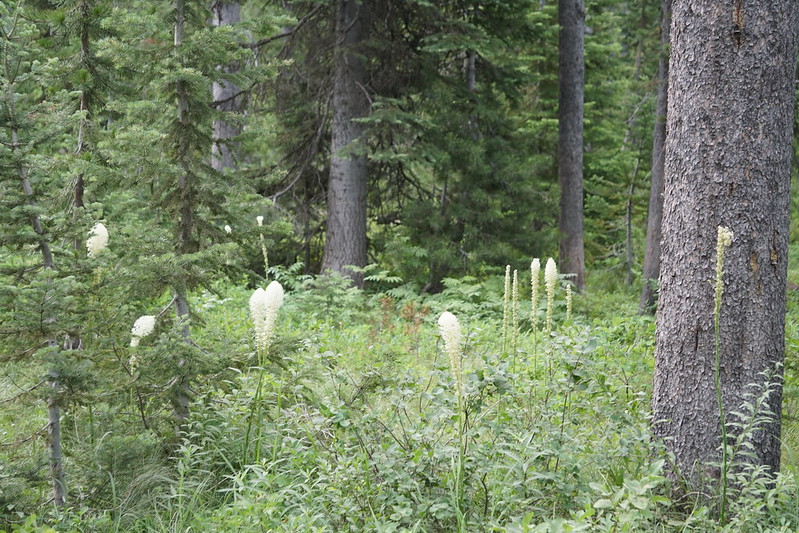 Camp LOL.  What a great name.  Later, when we were in Texas we found out that one of my nephews was at that camp when we were driving by. 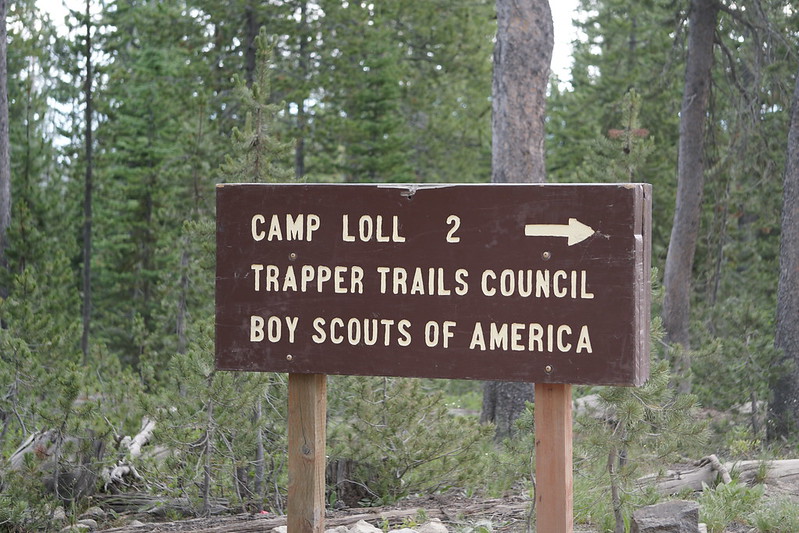 I was surprised at how many lovely little and large lakes were nestled in the hills and mountains of this drive. Grassy Lake was one of the largest and Loon Lake had loons at quite a distance and lily pads.

This little chipmunk was so adorable. He scampered off the road and paused long enough for pictures.

Coming down from the pass we entered a burned area.  My guess is that this was a burn from last year.  It cleared all of the brush and undergrowth but left the trees. Dead, but still standing with lots of bark burned on the outer edges but still on the tree.  Eventually weather will remove most of the branches and bark and the trees will become more stalagmite-ish. 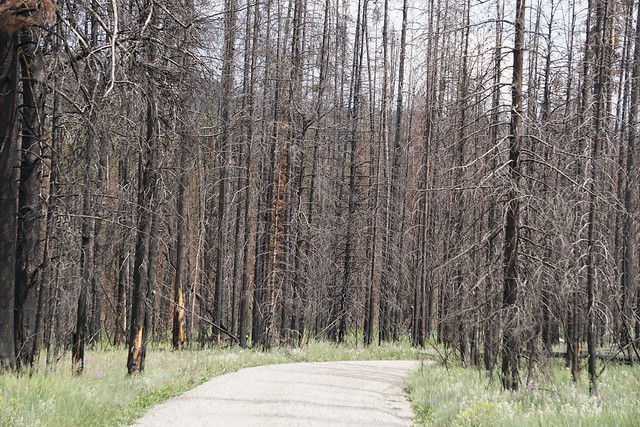 I loved the indian paintbrush  and other wildflowers washing color through the dead trees.

It took us a lot of driving to get to the other side of the Tetons. Sometimes the road was wide with good gravel and at other times it was narrow and twisty with difficult surfaces.

Skittles (the stuffed animal) came with us on the adventure.  Skittles is a rainbow creature who looks a bit like a horse, or a goat, or a giraffe, or a…  We really don’t know what he is, but he does make a good adventure companion.  The car is Rafael Jr.

It was truly a gorgeous day and drive.

We did see a few birds and a couple of mammals:

This flowering shrub was just so fluffy looking from a distance.  I wish I knew what it was. Clearly I don’t wish to know enough to dig through my flower books.  At least, not yet. Maybe I can do that this winter.

The plan was to have a lovely exploratory drive and get home at a reasonable time. 13 hours is not a reasonable nor short drive. We got home really late and that was more than fine as a trade off for so many wonderful sights. — Jenny