My father was just out of surgery and not feeling well so Shanna and I loaded up Raphael Jr., and headed for Texas on early Monday morning, you know, two days after that long Tetons trip.  Our first day of driving got us to Burlington Colorado. Lightning lit the sky as we did the final hour of our drive. We didn’t get rained on, but we sure enjoyed the show that seemed just ahead of us.

On the morning of the second day we spotted or rather Shanna spotted then pointed them out to me, thirteen lined ground squirrel in a parking lot behind a restaurant near our hotel.  We also discovered that we had our timing off and ended up stuck in stop and go traffic just north of Denton TX.  What I didn’t know was that after 10:00 they sometimes close pieces of the freeway for repairs, so what should have taken us one hour to get from there to Italy TX took us three.   It would have taken us a lot longer if I hadn’t abandoned the freeway and move to a couple of backroads till I got to 287 Southbound.

Birds on the drive

The most shocking thing on the drive was the price of gas in Kansas.  Why can’t we have this kind of pricing in Idaho, where it was $2.50 on the day we left. 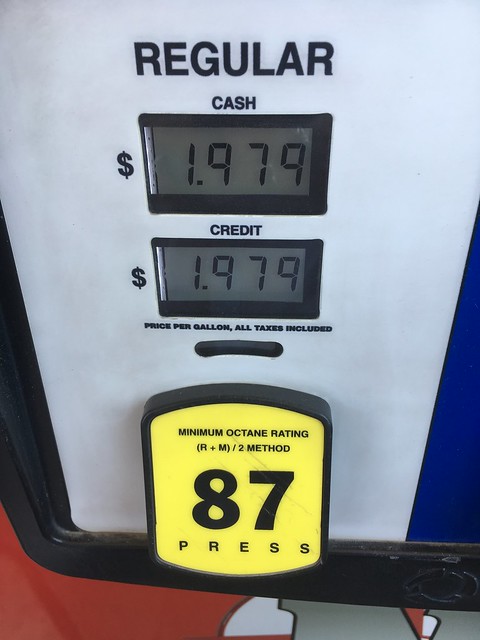 Of course we spent a lot of time visiting with family. But we also went with my brother Mike, his wife Tessa and their kids Mikey, Catie, Evie, and Frankie to the Perot Museum in Dallas.  My other niece Sydney works there as a volunteer.

There were Common grackles in the courtyard. How long does a parent grackle feed it’s youngster?  I don’t know what the real answer is, but clearly this adolescent bird is as large as it’s parent. 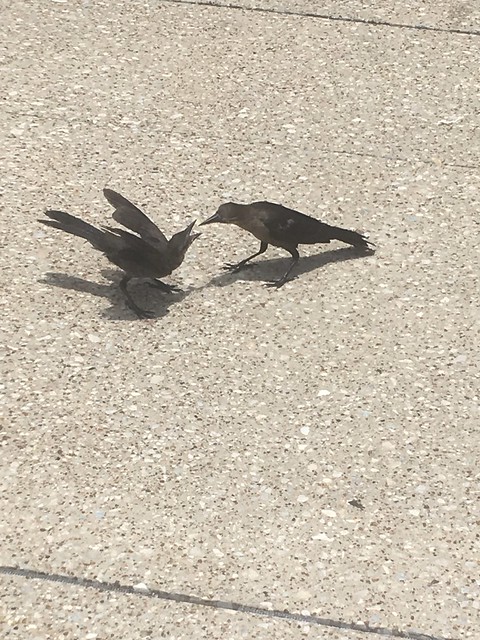 Interesting ceiling art installation of molecules that moved up and down. 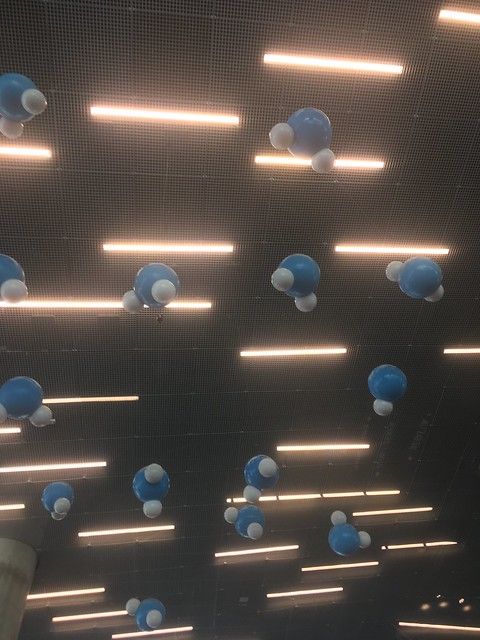 My niece Sydney with her adorable stuffed mammoth.  I had to buy one, of course. 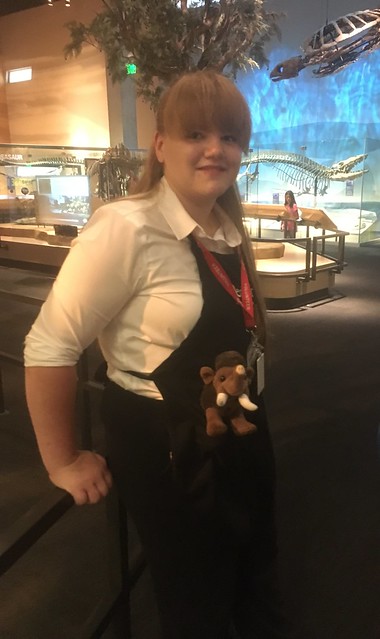 Sydney talking to a group about the big Mammoth behind her 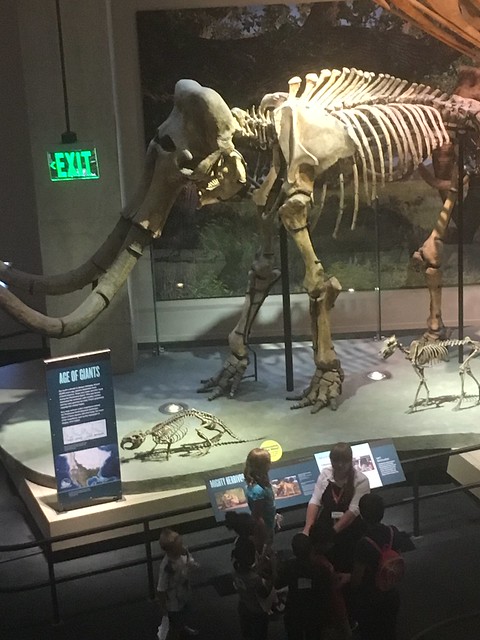 There is a great bird exhibit/learning lab where you read about bird characteristics and choose your own pieces on a computer screen at each station. Our birdy creation: 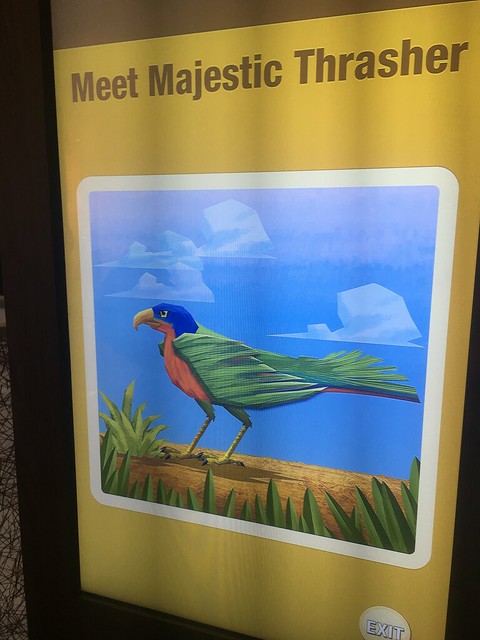 Another floor of the museum housed a huge collection of minerals and crystals. 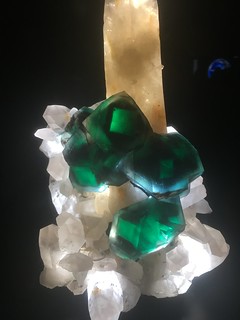 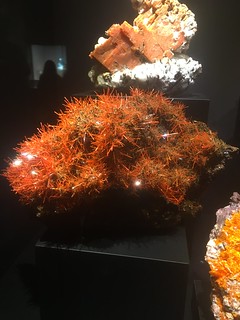 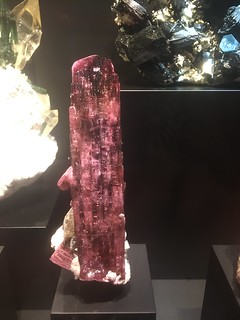 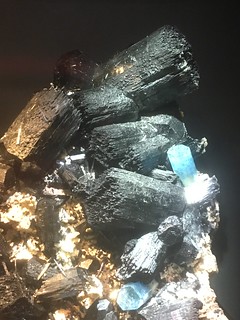 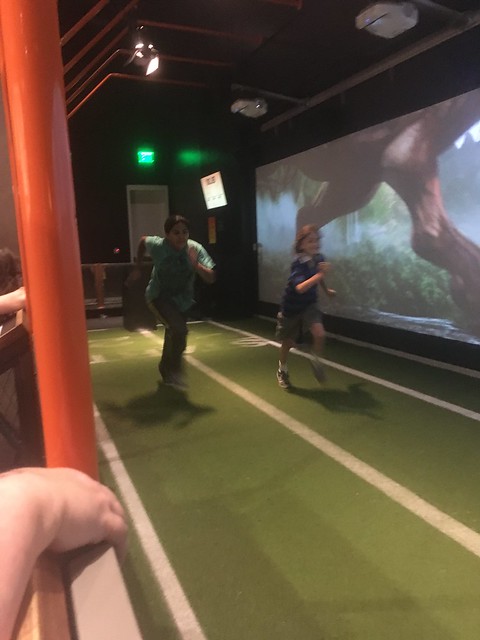 There was a huge exhibit on the Mayan people.

It was a lot of fun to visit the museum and hang with the Mike family.

There’s a reason they call this yellow flower stinkweed. I opened the window to take pictures and YIKES. 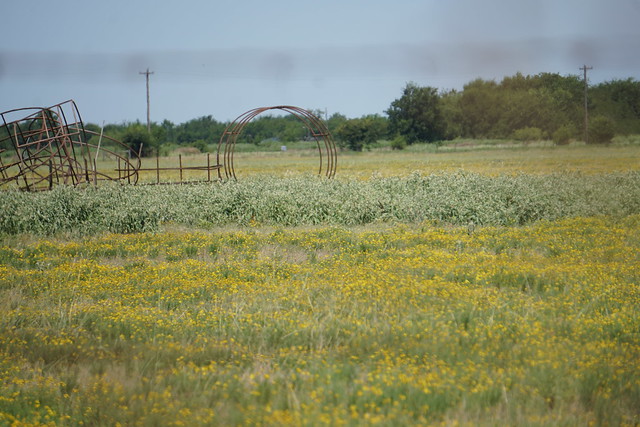 I wish we could have stayed near this pond longer, but traffic insisted that we move on.

And there were birds to see as I visited family: 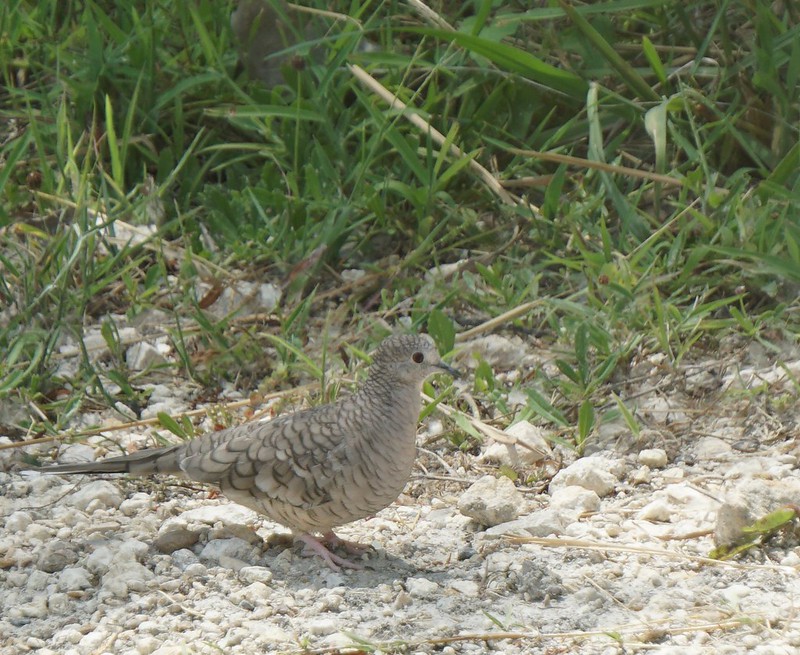 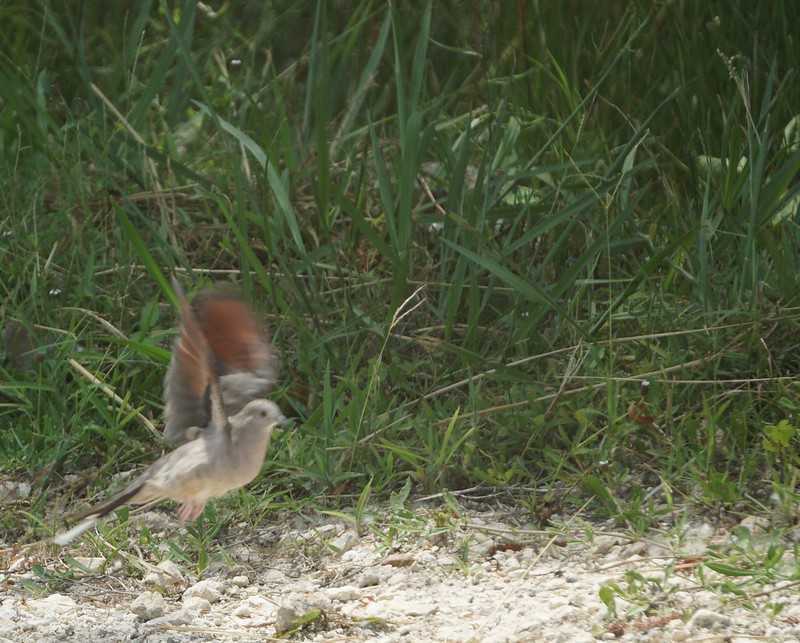 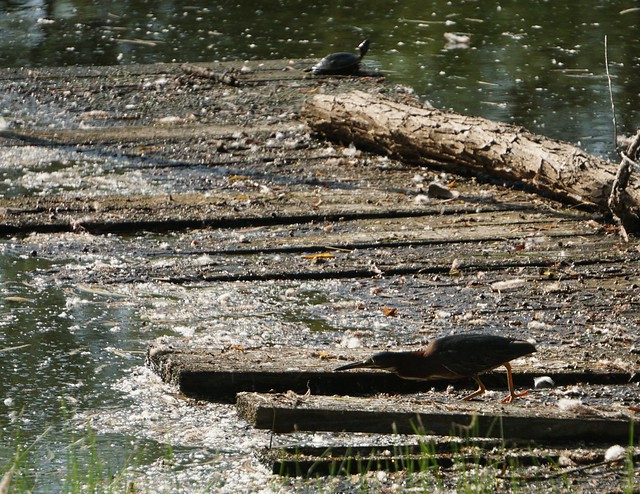 Sadly we had to leave TX so once again we drove and drove and drove.  Somewhere in Kansas we actually spotted a convenient car wash and finally washed the dust off the car that we had picked up on our drive from Ashton to Grand Tetons.  In Wyoming there were hundreds of antelope, some in small groups, some in singles.  And there were a few babies mixed in.

It’s a good think I like to drive. Five days 13+ hours of driving in a ten day period is a little too much for me.  Shanna did take turns with me, but one is still stuck in the car even if you aren’t physically driving. To me it feels much the same.  It was AWESOME to see my family though and I’d do it again, hopefully soon. – Jenny