Yeah, probably not the first car you’re going to go looking for when thinking about birding. But when you live in Anchorage, Alaska and visit Florida in December, some sacrifices must be made. And the ability to have exposure to the sun for more than 5 hours a day is just one of those sacrifices. It was a terrible price to pay just so you can have this review, but hey, I’m a giver.

Okay, enough of the hyperbole. As you may have noticed from previous car reviews, I have a bit of a soft spot for convertibles. And honestly, for birding, they make a lot of sense. The field of view alone, is incredibly useful.

Having said that… It’s a good thing that the windshield on the Camaro is relatively small because trying to bird through it? Nope. Just nope. There’s no angle at which you have a non-distorted or clear view. (Okay, so that’s probably not a good recommendation for any non-birding use of a car, either, but you know, just follow the 2 second rule, you should be fine.)

Also, it’s kind of loud. It’s a sports car. Of course it should have a growly engine. But when you’re traveling through scenic byways and looking from birds from the car, you may find that the sound disturbs the ones closest to the road unless they’re really accustomed to humans and vehicles about. Vultures on roadkill didn’t seem to mind the car much. But herons and cranes weren’t so thrilled. (It occurs I should clarify: I was not in any way the source of the roadkill that was encouraging vultures to hang out on the roadside.)

And since I’ve already run so far astray from what any reasonable car reviewer might do and the roadkill thing reminded me, I’m going to take it a step further. This is only sort of related to the birding appeal of the car. One of my all-time favorite books is Good Omens by Terry Pratchett and Neil Gaiman. Being a fantasy-type novel set in current day, the four horsemen of the Apocalypse are bikers and War is a woman. There’s a kind of throwaway scene about War riding around Great Britain that has always stuck with me: “There was something about the sight of a beautiful woman on a powerful motorbike with a sword stuck on the back that had a powerful effect on a certain type of man. So far four traveling salesmen had tried to race her, and bits of Ford Sierra now decorated the crash barriers and bridge supports along forty miles of motorway.”

I’m here to tell you, no sword is necessary, the woman doesn’t have to be beautiful. But there’s something about a female with long hair driving a bright yellow Camaro convertible that apparently gets up the noses of men of a certain age who still equate their cars to their manliness and who have more nerve than insurance. I cannot tell you how many jerks came roaring up behind me, tailgating until they could pass, and then roaring around me, stomping on the brakes a few times, and then roaring off at high speed. Didn’t matter my speed, didn’t matter what the road looked like. Highway patrol take note: forget radar traps, just stick somebody in a long blonde wig in a bright yellow Camaro and have that person drive speed limit on highways and I swear you’ll be able to hand out enough speeding and reckless driving tickets in December in Florida to fund yourselves for the rest of the fiscal year.

The only possible implication for that in birding terms is that it’s kind of hard to stop for a sighting when you’re worried about having a souped-up 15 year old Subaru Impreza buried in your back bumper if you hit the brakes.

I have to admit, this is really not a car for birding. It has some slight benefits in that regard like the visibility when the top is down but that’s only good in places where you can drive it top-down much of the time. You’re never going to fit the tripod for your scope in the trunk. You might fit your scope in there. You can fit it all in the back seat, but that’s always a security issue plus accessibility: unless the top is down, once again, accessibility to the back seat area is pretty limited. Maneuverability is high, and surprisingly on some of the more, well, rural roads I took it on, it did great clearance-wise. Even despite the hood obscuring a lot of your view of the road immediately ahead of you (this is not a problem limited to the Camaro by the way, it seems like any automotive designer feeling nostalgic for muscle cars feels that you should never be able to see directly in front of you. Do none of these people ever parking in lots that have those cement stops?) 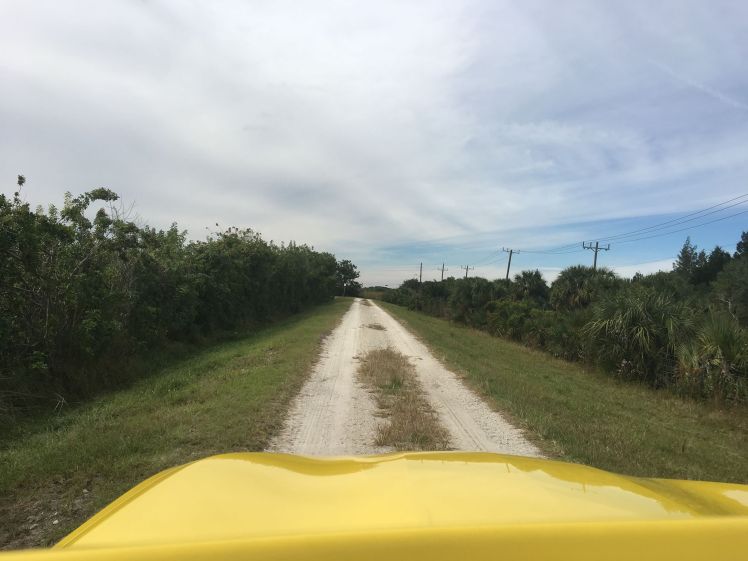 But still, not so much for the birding, despite my obvious convertible bias. For annoying young male drivers, sure, but they’re not really the wildlife I’m looking for. So I’m way past due now to give this one a score. I have to go with a 4. It’s a fun ride, don’t get me wrong about that. And if you’re doing a bit of birding combined with your attention gathering, go for it. But for more intensive birding? You’ll want something more boring. Sorry.