Cowboy polo is played with two teams of three. Each rider is given a broom and a large plastic ball is thrown in the air to start. Chaos then ensues as each team tries to get the ball between the two barrels on the other team’s side.

One team won because a horse was actually and probably accidentally kicking the ball.

On another game a person got separated from their horse and they chose to just go ahead and play from the ground for awhile. Truly courageous since the horses were crowding around.

At another point the ball had to be switched because the original had been stepped on too many times and no ball can survive a horse stepping on it repeatedly.

The Grand Junction rodeo introduced Cowboy Polo as an entertainment and it was way too funny and too much fun! 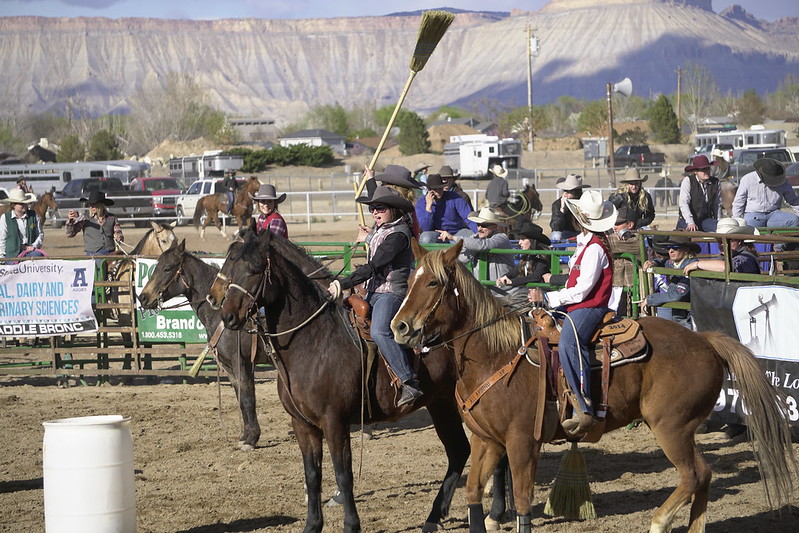 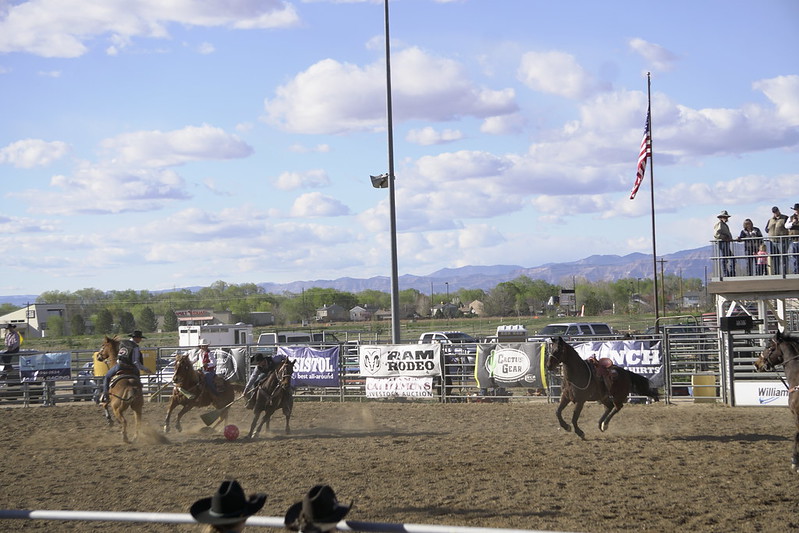 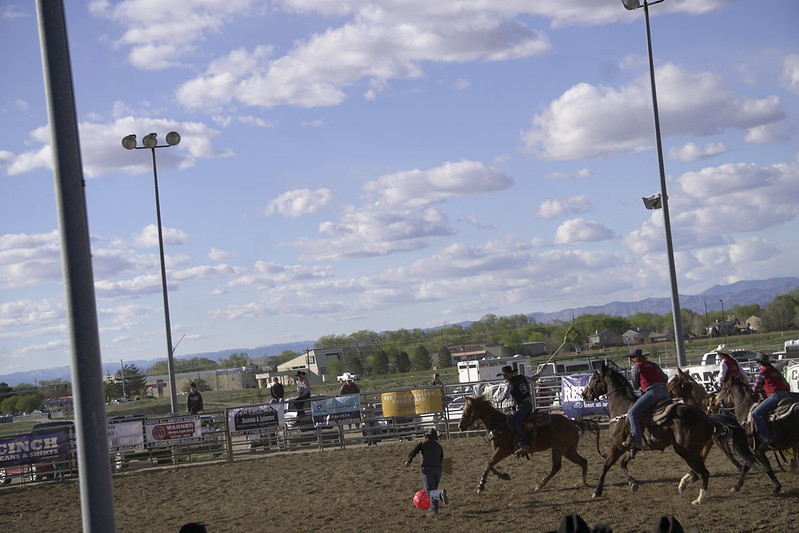 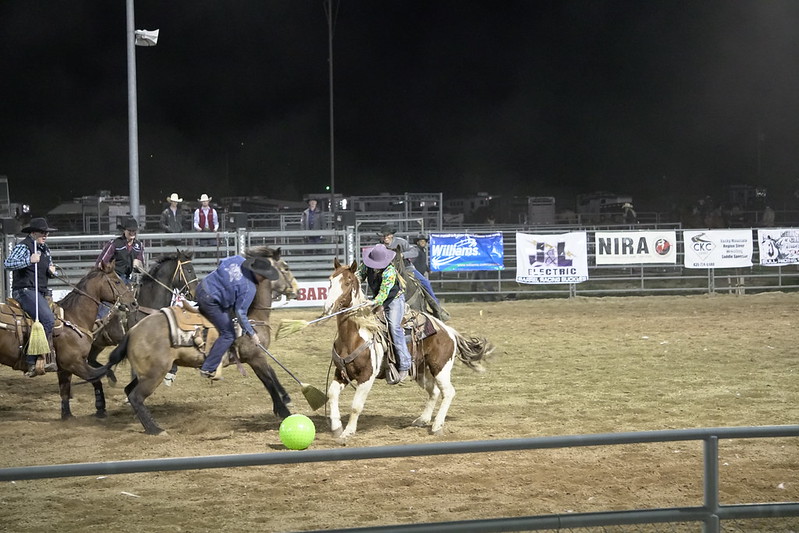 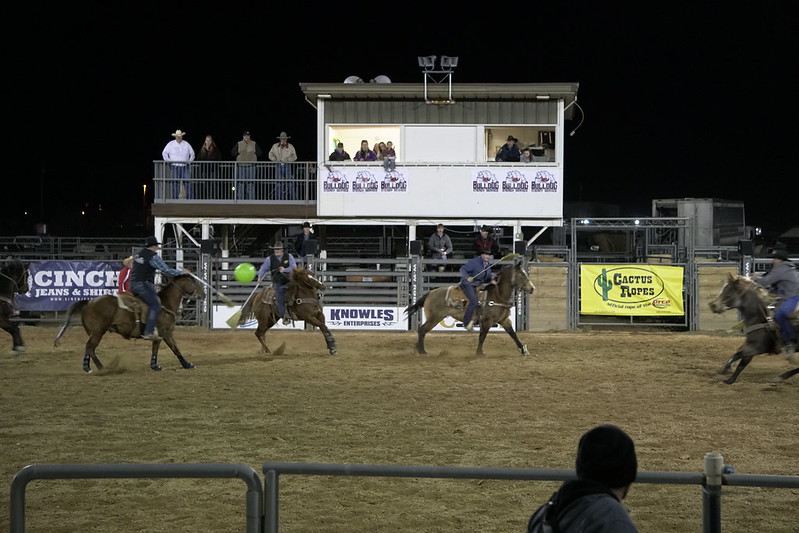 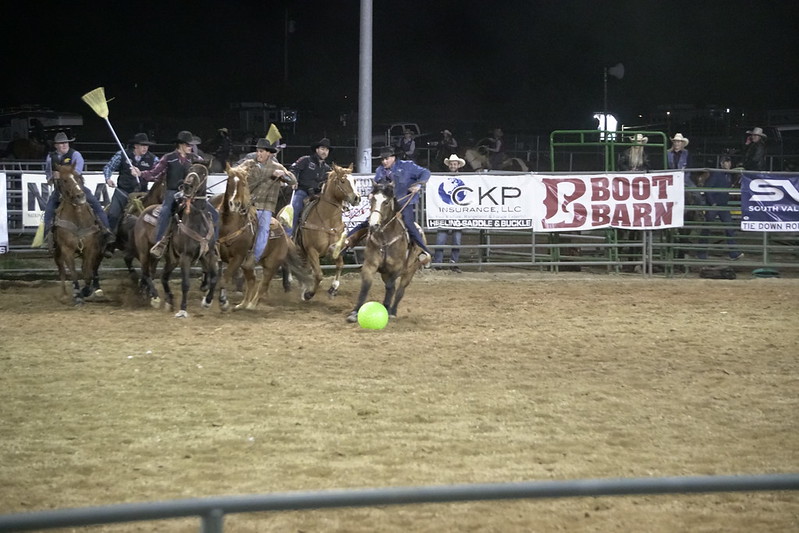 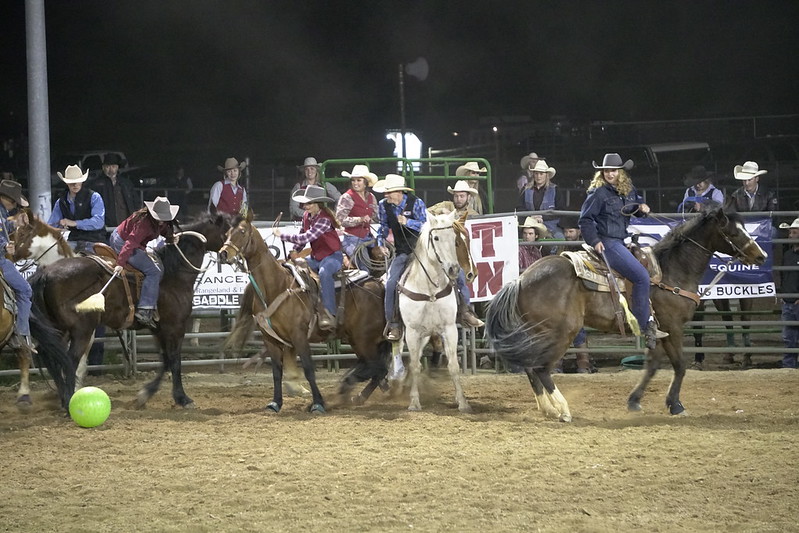 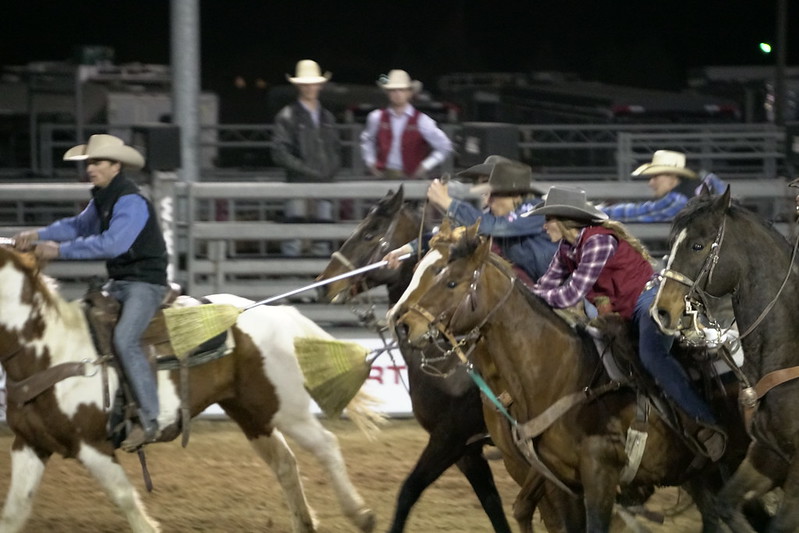 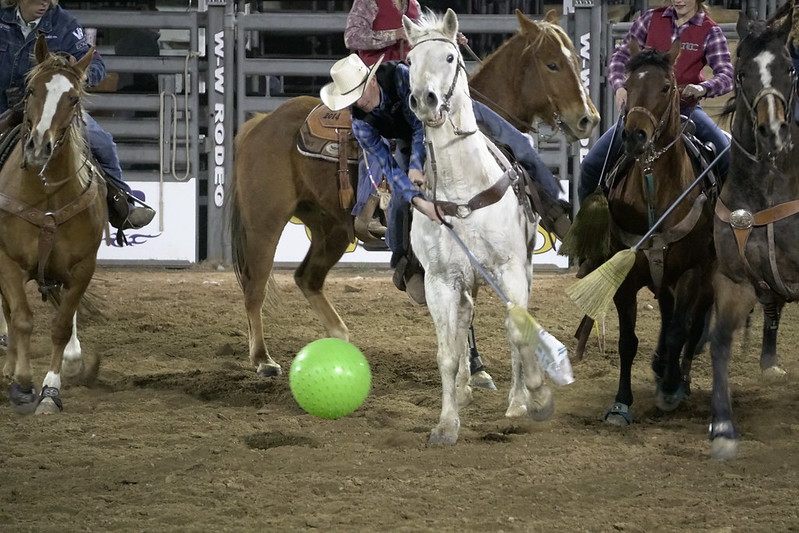