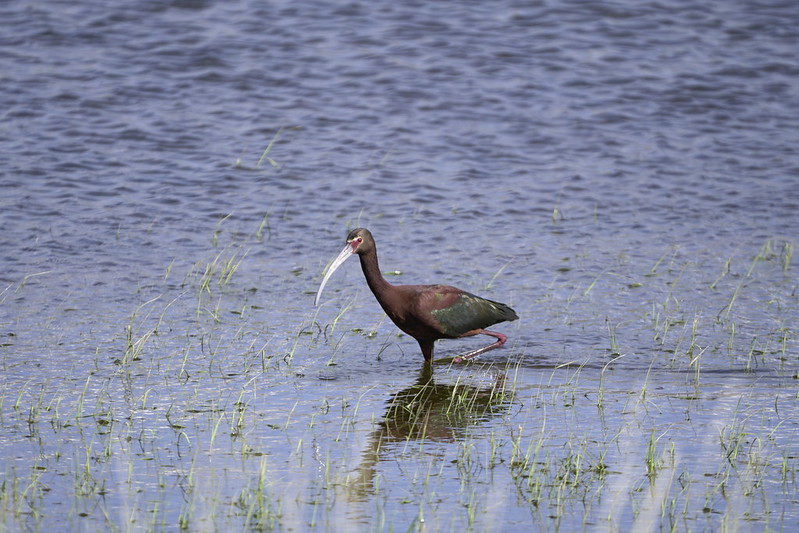 Today I slept in till 8:00 a.m. and then got moving. I started in yoga clothes cleaning/straightening the kitchen and my bedroom, then I had to clean up the living room (I’ve been cleaning/reorganizing my bedroom/office in order to set up my office as a studio space). There were piles everywhere. I had even dropped a plant and left it (upright but dirt everywhere) for most of the week in the living room. In any case, Shanna came up and helped me and by moving things to the car for redistribution I uncovered the large sofa and ottoman and made space for Melinda and her suitcases. I changed and got in the car and headed for Salt Lake City.

One of more than 30 Long billed curlews 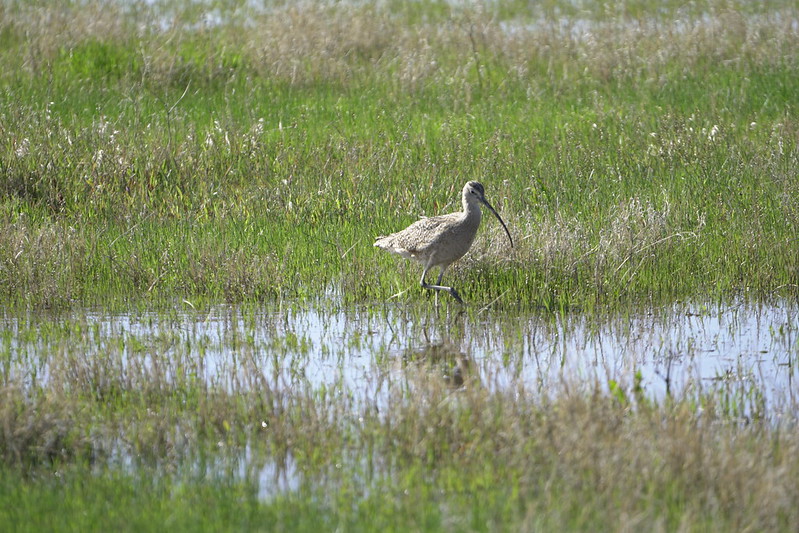 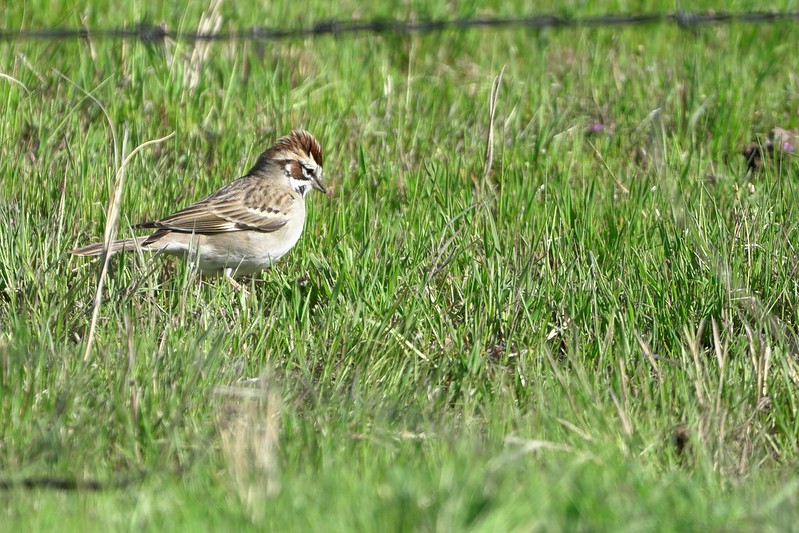 Melinda had driven up to Utah from Texas with my other sister Nanette. Melinda stayed with Jessica for a week, and now it was my turn. Jessica lives in Spanish Fork which is south of SLC. She was a sweetheart and agreed to meet me near SLC to switch Melinda to my car. (Yeah this does sound confusing and many times I think my family is either a precision drill team or the three stooges. I find it hard to tell the difference.) So we picked Chilis for the rendezvous lunch. Nan and her son/family were meeting us too! So awesome.

How to say no to a frisky male Long billed curlew… 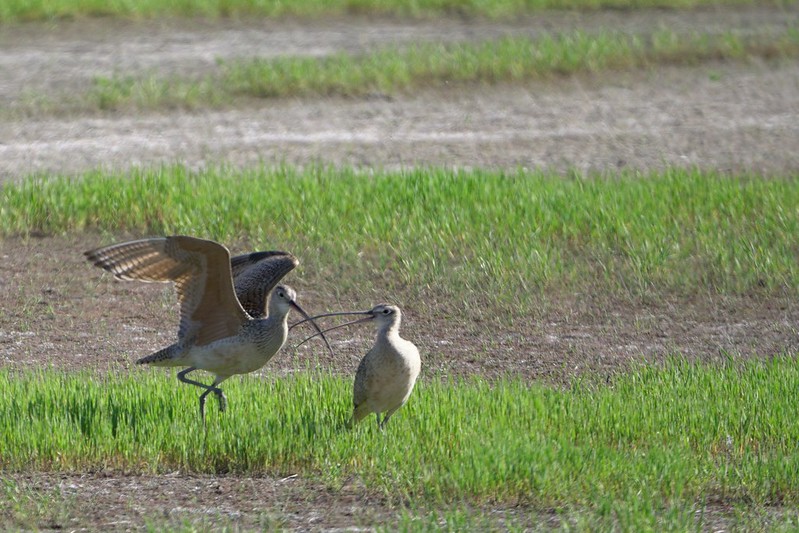 Silhoutte of a Forster’s tern 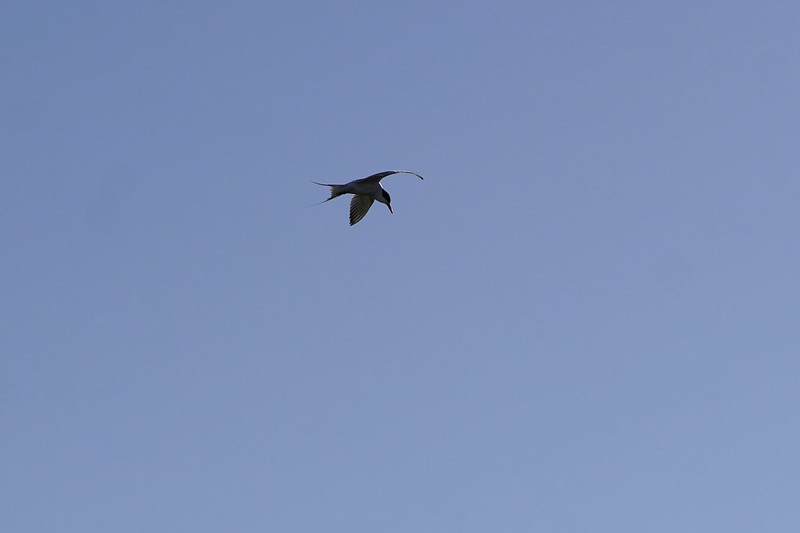 I get the award for three stooges moment of this adventure. I got Clearfield and Centerville confused and drove to the Clearfield Chilis. I was so proud of myself. I got there maybe 15 minutes early and was sitting in my car basking in my timing when I had a thought and double checked the text string. Hrmm. You got it. I was in the wrong town. So back on the road and another 15 minutes southbound. We all got to the right location at close to the same time. Jessica brought Melinda. Kaleb brought Hillary, Sloane, and Nan. We feasted and talked and it was good. Then I made everyone take stuff from my house: clothes, purses, hats … part of the big clean out. 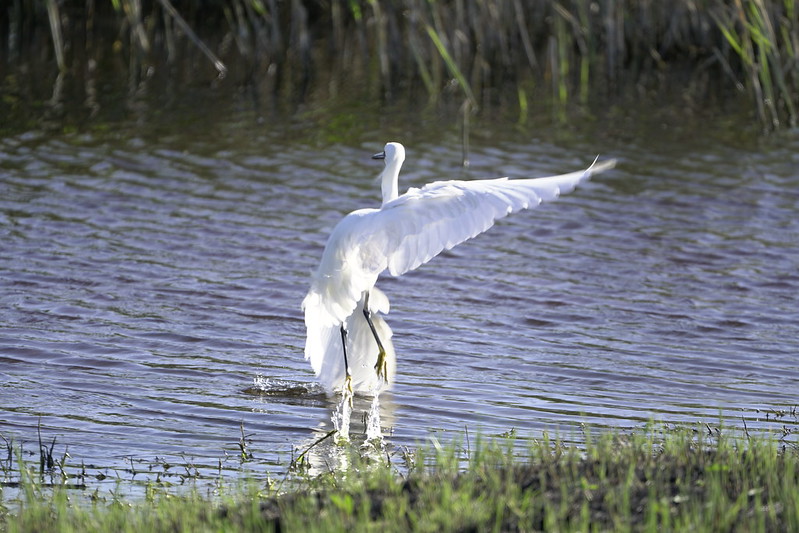 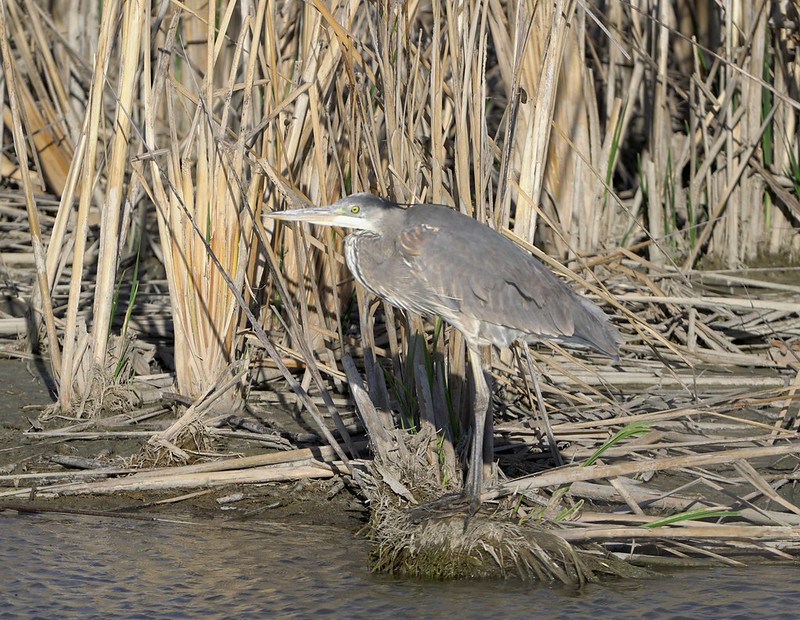 Melinda and I headed north. We had to stop at the Bear River refuge, after all it is free and on the way home just off I15. Originally I only intended to get to the owl and then turn around but habit drove me forward and it was too late to change my mind. There were so many Long billed curlews, I think we saw over 30. Amazing. There were also lots of other cool birds and bird antics. We grabbed takeout at Taco Bell (Shanna had stayed home and I owed her for all of her help that morning) on the way home and made it there about 9:30. I was in bed and sound asleep by 10. Phew, that was a very busy weekend. Yellowstone on Saturday and Salt Lake & the Refuge on Sunday.

P.S. We didn’t make a list as we drove around the refuge so on Monday after dinner we sat down with the Sibley and listed our birds. I didn’t realize we had seen so many species (51). For me the big surprise was that we did not see any Pied billed grebes.

One thought on “End of April at the Bear River Refuge”