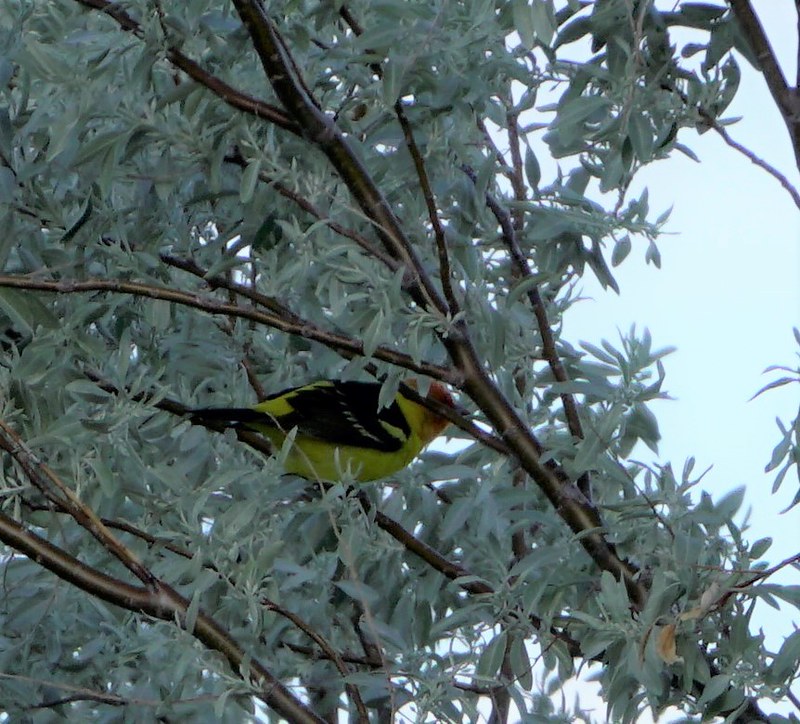 My first sighting of a Western tanager was in Yellowstone near the Madison River. It was a chilly drizzly day and there was a pileup of dead trees and debris in the river and on that pileup was this bright bird. At first I thought I was looking at two birds one red and one yellow. It kept hopping around the various logs, moving in and out of sight. It was so exciting to finally see the whole bird and then identify it. This was long before I started taking photos. Now that I do take photos, I’m always trying to get a good shot of the Western tanager. This year I feel that I was finally successful. 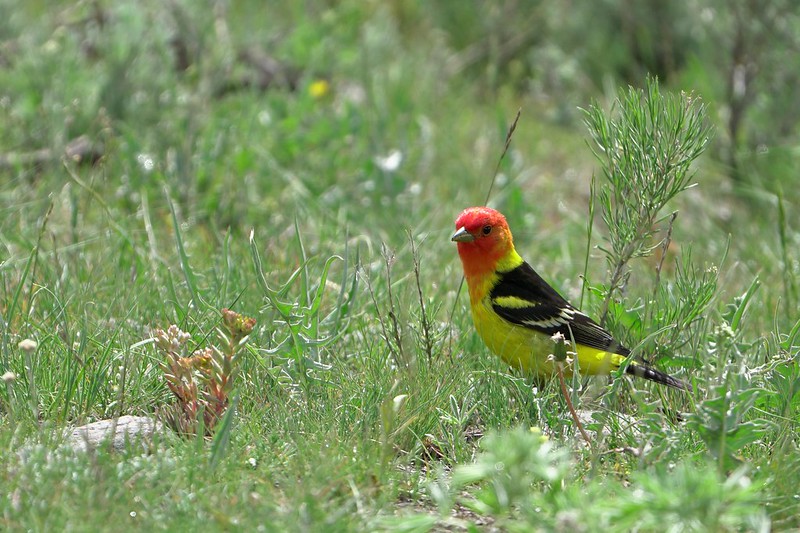 Range maps on eBird show a distribution of Western tanager sightings across the North and Central American continent. Most identification books limit the range to the western half, but looking at the data it is clear that the cute rascal can be spotted as far east as New Foundland 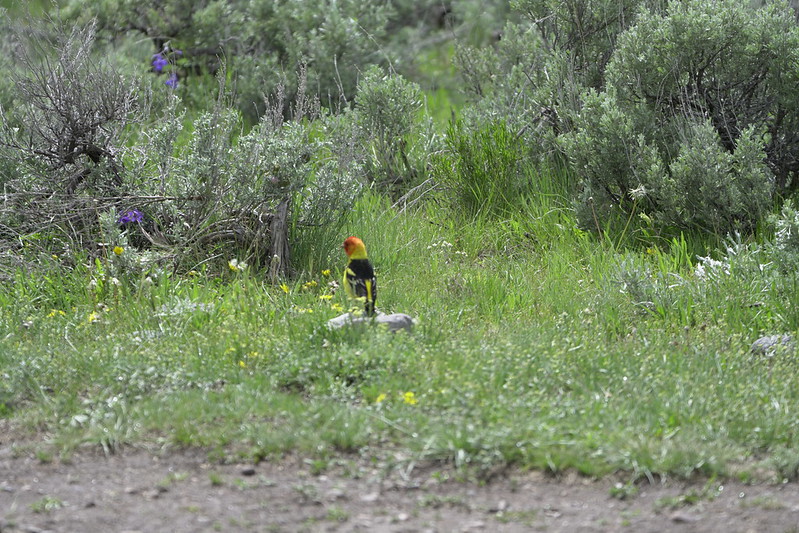 “Western Tanagers are stocky songbirds; fairly small yet noticeably larger and heavier-bodied than warblers. They have short, thick-based bills and medium-length tails.” 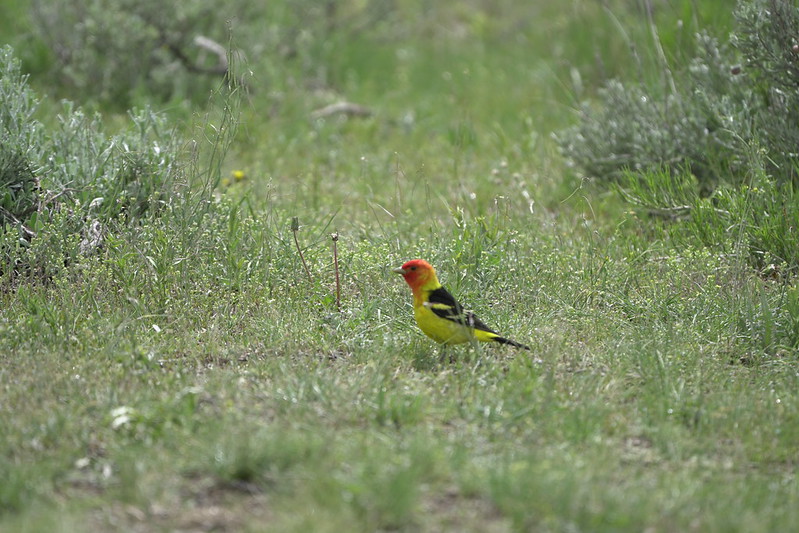 “Forages mostly in tops of trees. Usually feeds deliberately, peering about slowly for insects in foliage. Also flies out to catch insects in mid-air. Regularly visits flowers, probably to feed both on nectar and on insects found there.” [However, as you can see in this series of pictures they are willing to forage for insects on the ground, and I have seen them on logs, near shrubs, wherever they might find yummy bugs – jls] 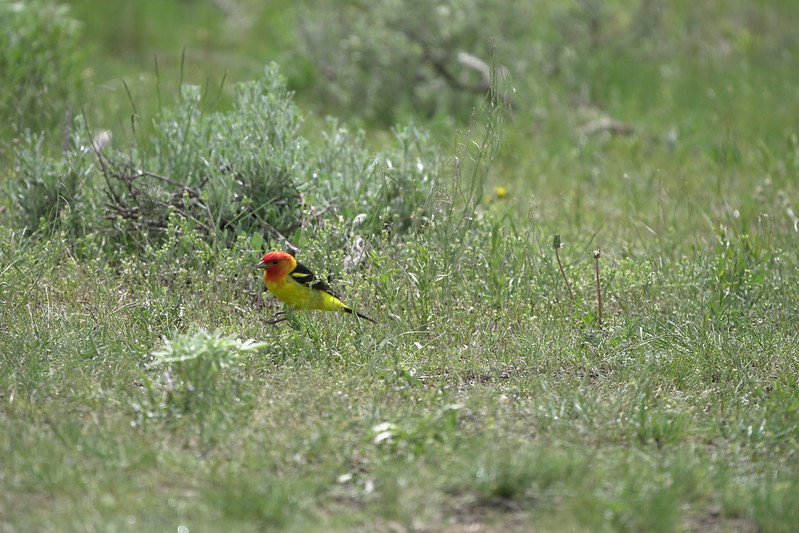 “Song vaguely recalls that of American Robin (Turdus migratorius) but is hoarser, lower in pitch, and less sustained; it is made up of several (usually 3–6, occasionally 1, 2, 7, or rarely 8 or 9) short (di- and trisyllabic) phrases of varying inflections: pir-ri pir-ri pee-wi pir-ri pee-wi (Bent 1958)..” [So if you are in the woods and you hear an American robin that just doesn’t sound like itself, it might be a Western tanager. -jls] 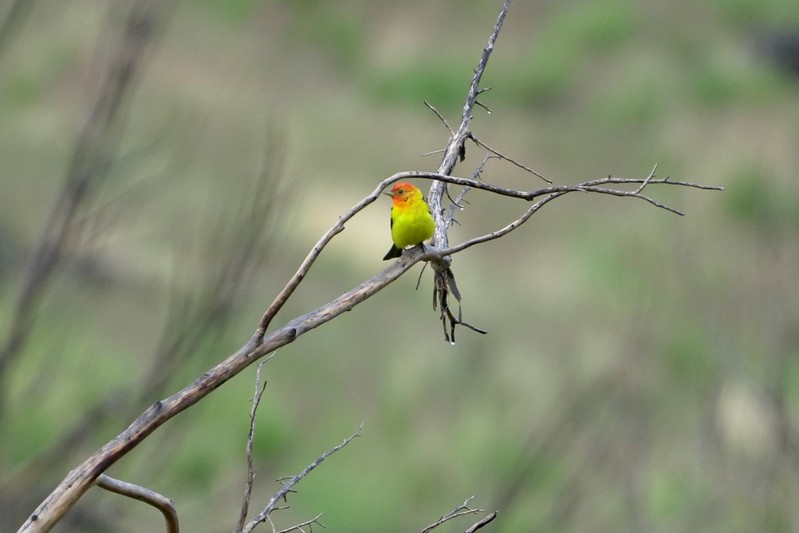